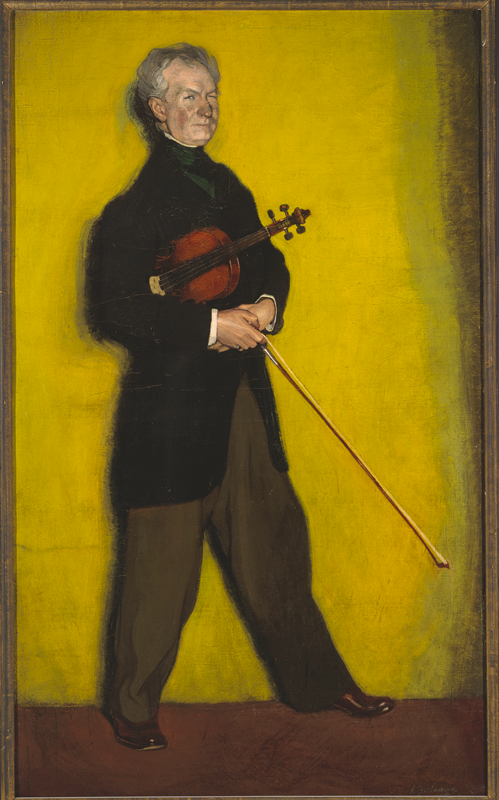 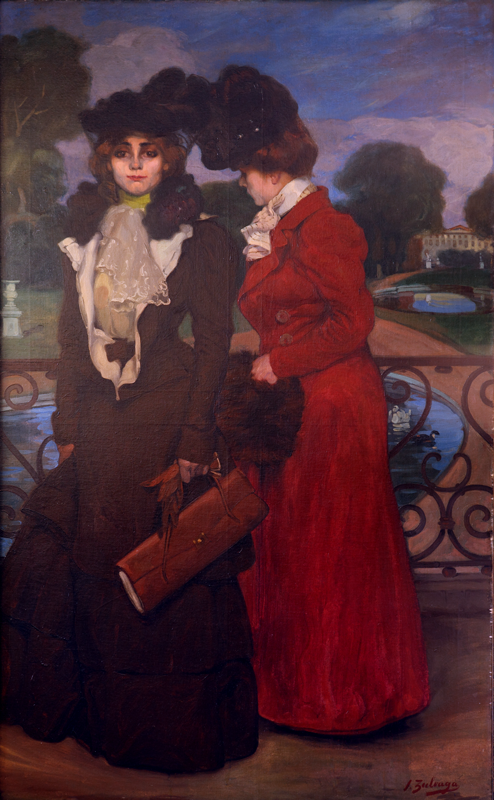 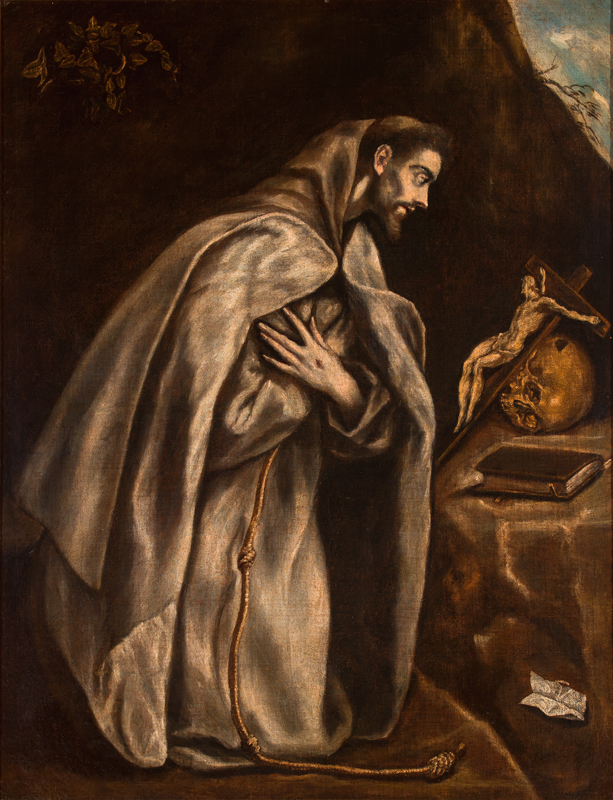 The exhibition Zuloaga in Belle Époque Paris, 1889-1914 can be visited in Fundación MAPFRE’s Recoletos Hall in Madrid from September 28 through January 7, 2018. The aim is to offer a new vision of the oeuvre of the Basque painter Ignacio Zuloaga, whose work, much of which was produced in turn-of-the-century Paris, sits in perfect harmony, both thematically and formally, with the modern world. The fact is that this artist’s painting, straddling French and Spanish culture, far exceeds the limits established by the traditional historiography of art: works traditionally linked to the so-called generation of ’98 and, therefore, to what is known as “Black Spain”.

Critics such as Charles Morice or Arsène Alexandre, poets such as Rainer Maria Rilke, or artists such as Émile Bernard or Auguste Rodin were among those who, at the end of the century, felt that the Basque painter’s work was a crucial reference in the artistic drive toward modernity. Following this viewpoint, largely unknown in Spain, the exhibition we are presenting here aims to show how Ignacio Zuloaga’s artistic production combines a profound sense of tradition with a totally modern vision, inextricably linked to the Paris of the Belle Époque and the Symbolist movement with which he identified. It was in that dynamic pre-war Paris of the bright lights, the center of literary and artistic taste, where Zuloaga stood out in his own right with his recognizable style, following a parallel path to that of many of the best artists of the time: the “elegant” James Abbot Whistler, the “dandy” Boldini, or those representatives of Belle Époque painting par excellence, Sargent, Jacques Émile Blanche or Antonio de la Gandara, among others.

A period of a few years that was to end in 1914, not due to the development of the career of Zuloaga – who, once he had found his own voice and his place on the international stage, would continue working within the same parameters – but rather because Paris and Europe were to be completely transformed by the Great War. This was a key period for the modern world, during which a frontier was established that would lead to the consolidation of a new scenario: that of contemporaneity. Ignacio Zuloaga, his early years The work of Ignacio Zuloaga straddles two cultures – Spanish and French – as he arrived in Paris for the first time at the end of 1889 and lived there, off and on, for more than 25 years. Upon his arrival in the French capital, among others, the painter met up with Santiago Rusiñol, Isidre Nonell, Hermenegildo Anglada Camarasa, Joaquín Sunyer and a young Pablo Picasso. Together with Jacques-Émile Blanche, he attended lessons given by Henri Gervex, an admirer of Édouard Manet, at the Academie Verniquet. Most probably it was also there that he met Degas, an artist he admired greatly and of whom he said: “I feel the most profound admiration for this man. He is the greatest artist of our time.”

In 1892 he traveled to Andalusia, where he was to return in 1895 for a longer stay. In Alcalá de Guadaira and Seville, he came up against a reality very different from that of Paris – a society, customs and values that the Romantic travelers considered exotic, and which Spanish writers and painters depicted in their stories and pictures. Zuloaga was no stranger to this tradition, and he represented it in such controversial works as Eve of the Bullfight. This piece was rejected by the Spanish committee for inclusion in the Paris Universal Exhibition of 1900, at which Sorolla, on the contrary, reaped great success.

This was a key period for the modern world, during which a frontier was established that would lead to the consolidation of a new scenario: that of contemporaneity 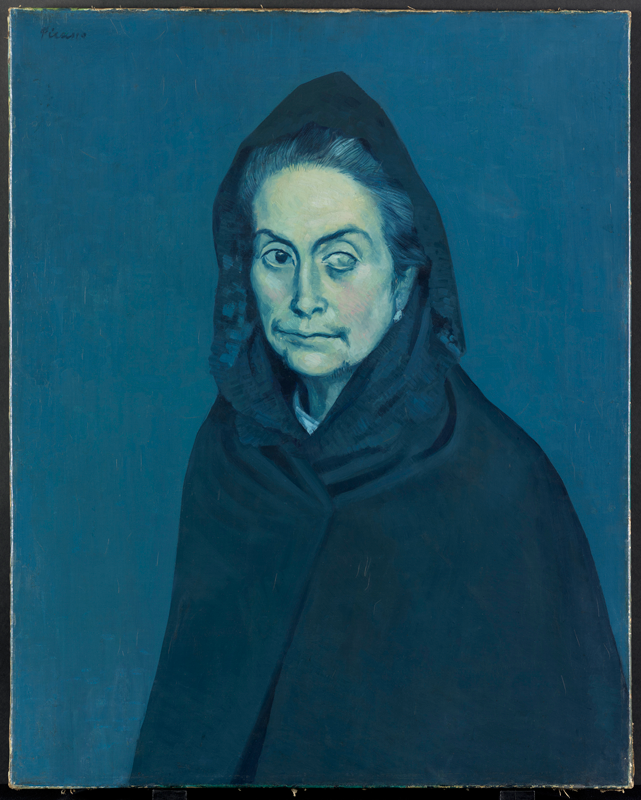 The Paris of Zuloaga

Between 1892 and 1893 the Basque painter attended the Académie de la Palette, where, apart from Gervex, he also benefited from the corrections of Eugène Carrière – a future witness at his wedding – and Puvis de Chavannes. He came into contact with Louis Anquetin, Henri Toulouse-Lautrec, Jacques- Émile Blanche, Maxime Dethomas, his future brother-in-law, and Maurice Barrés. He also met Paul Gauguin, the most renowned artist of the Pont-Aven group in Brittany. Thanks to the mediation of Paco Durrio, he exhibited two paintings at Le Barc de Boutteville in 1891, next to the Symbolists and Nabis: Maurice Denis, Edouard Vuillard, Paul Sérusier, Pierre Bonnard, Toulouse-Lautrec and Émile Bernard. The Basque artist participated in the subsequent editions of this exhibition – in 1892, 1893 and 1894 – as well as the one dedicated to portraits entitled Les portraits du prochain siècle, which took place in the same gallery in Rue Le Peletier in 1893. From then on, the artist applied to his painting some of the principles that guided these painters, striving to unite form and content, while affording a strong spiritual content to the work. In the exhibition we can find examples of these confluences and friendly relationships in works such as Self-Portrait by Gauguin, dedicated to Carrière, SousBois (Le Huelgoat) by Serusier or in Vue de la terrasse de Saint-Germain-enLaye, to cite but a few examples.

Zuloaga and his great friends: Émile Bernard and Auguste Rodin

In 1897 Ignacio Zuloaga met Émile Bernard for the first time in Seville. That moment marked the start of a great friendship that was strengthened by their shared vision of art and their common admiration for the “old masters”: El Greco, Zurbarán, Goya, Tintoretto or Titian, among others. That same year Zuloaga painted a portrait of Bernard clearly in tune with the style of the Frenchman – Portrait of Émile Bernard – and was even godfather to one of his sons, Fortunato. For his part, the French artist painted Mendiants espagnols in which the colorful, yet restrained figures are clearly reminiscent of Zuloaga, and Danse de gitans, a gift he dedicated to the Basque painter.

As well as Bernard, over the years Auguste Rodin also became one of Zuloaga’s great friends. The sculptor and painter presented works together at several exhibitions: Dusseldorf in 1904. Barcelona in 1907. Frankfurt in 1908 and Roma in 1911. They traveled together to Spain and exchanged works on more than one occasion. Zuloaga received works such as Iris, L’Avarice et la Luxure or the bust of Mahler, which he kept in his private collection. In turn, Zuloaga gave Rodin The Mayor of Torquemada. As well as their great mutual admiration, they both maintained a timeless quality in their work, taking into account tradition, rejecting the copying of nature as it was generally depicted, seeking, on the contrary, the very essence of their motifs.

Ignacio Zuloaga, in a natural manner, formed part of the capital’s intellectual elite and had a prominent role in that milieu known as the Paris of the Belle Époque. 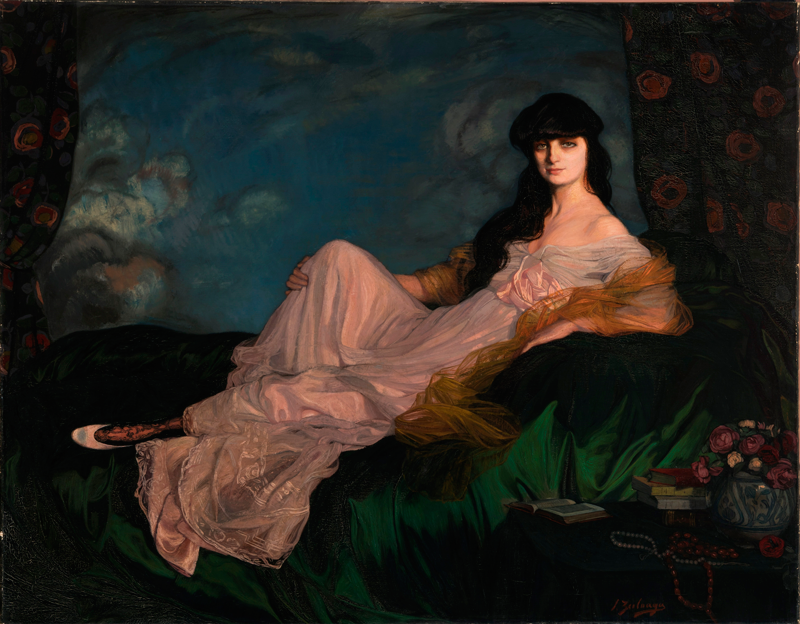 The 19th was the portrait century. In capital cities such as Paris or London, this genre underwent tremendous development as it became a form of social affirmation. The new rising class, the bourgeoisie, transformed the genre and the relationship with the artist: as well as serving as an instrument of social promotion, it would also become a means of investment. Aware of this transformation, the artist also became a “businessman”, given that these paintings brought in significant economic returns.

Giovanni Boldini, Antonio de La Gandara, John Singer Sargent, or Jacques-Émile Blanche were just some of the representatives of this new generation of artists, who devoted a large part of their oeuvre to painting portraits of distinguished members of society. They were accompanied by Ignacio Zuloaga, who, in a natural manner, formed part of the capital’s intellectual elite and had a prominent role in that milieu known as the Paris of the Belle Époque. This new wealthy clientele sought to be immortalized by the most celebrated painters, as we can see in the famous Portrait of the Countess Mathieu de Noailles.

At just 20 years of age, Ignacio Zuloaga invested 50 francs in the purchase of a painting attributed to El Greco. From that moment, he began to assemble a collection of works, paying special attention to the Spanish painters he most admired: El Greco, Zurbarán, Velázquez and Goya. Around 1908 the core works of the collection were already present; up to 12 works attributed to El Greco, most noteworthy among which were The Annunciation and San Francisco, as well as Vision of Saint John, purchased in Cordoba in 1905 and today belonging to the Metropolitan Museum of Art.

Testimony of his admiration for Goya are, among others, the three little prints depicting scenes of the Disasters of War which he acquired in an auction of the Shchukin (a friend of his) Collection, two of which form part of this exhibit. Zurbarán and Velázquez were other great masters of his. Regarding the former, in one of his letters to Émile Bernard, Zuloaga says: “He’s so forceful that Zurbarán, isn’t he? What a splendid painter! I think he’s cruder than Velázquez, more naive, more Spanish.”

Back to the roots

Many of the works that Zuloaga painted of this Black Spain for which he is so well known should be understood in the context of that cosmopolitan Paris in which he lived and developed his artistic style. A city in which the Symbolists played an increasingly major role and where the pursuit of authenticity led to many artists escaping from the capital in search of a pure, uncontaminated world. The prime example is that of Gauguin, but there were others such as Bernard or Cottet, in addition to the Basque painter, who seemed to make a round trip: from France he returned to Spain in search of his roots, his Spanish roots, the most authentic Zuloaga.

Upon his return, the painter met up with some of his fellow travelers, with whom he shared iconography: dancers, matchmakers or dwarfs are also depicted by Picasso or Anglada Camarasa. The Portrait of Maurice Barrés, which closes the exhibition, is an excellent example of this journey, as it unites the two fundamental aspects of his artistic oeuvre: the French and the Spanish, at the same time paying homage to the figure of El Greco, one of the most admired artists at that time. Not just at a stylistic level, but also because, like Zuloaga, his work exemplified modernity coupled with a profound sense of tradition. 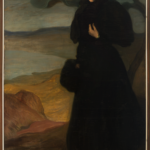 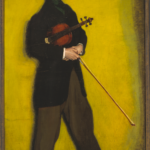 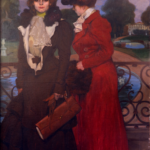 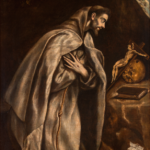