Think of others. Seek the well-being of society. Make the world a better place. These are the maxims guiding the people and institutions who are recognized each year by Fundación MAPFRE in its annual awards. This year’s winners need little presentation as their merits are only too well known: Valentín Fuster, Luis Rojas-Marcos, Aladina Foundation, and ALSA Group.

Fundación MAPFRE received close to 750 nominations from Europe, the United States and Latin America this year for its annual awards, each accompanied by a cash prize of 30,000 euros. This is good news: many people around the world dedicate their efforts – sometimes their entire lives – to improving the lives of others. Those selected in this edition have been doing so for years. 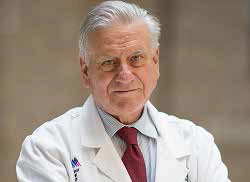 The achievements of the winner of the José Manuel Martínez Lifetime Achievement Award are well known. Valentín Fuster is possibly the cardiologist who has received most awards, among them the Prince of Asturias Research Award in 1996, for his contribution to the prevention and treatment of heart diseases. In addition to his constant work, which has helped many people avoid or overcome a heart attack, the doctor has always shown great interest in spreading knowledge. He has been deeply involved in the dissemination of science and in the promotion of healthy diets and living habits to prevent cardiovascular problems. 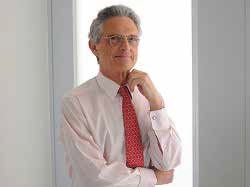 Abandoned on the City Streets: Project HELP is the name of the program that won in the Best Health Promotion Initiative category. Over 10,000 vulnerable, mentally ill people in New York receive assistance each year from this project that began 30 years ago. Directed by the Spaniard Luis Rojas Marcos, it resulted in the creation of the first mobile psychiatric care service in the world. Made up of psychiatrists, nurses and social workers, it has served as a model for many other cities around the world 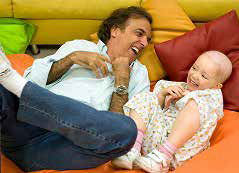 Overcoming cancer is not easy for either the patient or their family. Even less so when the person suffering it is a child or teenager. That is why the prize for the Best Social Action Initiative went to the Aladina Foundation, created in 2005 by the businessman Francisco Arango. On a daily basis it helps hundreds of people to deal with this pain. Thanks to its team of professionals, more than 1,500 children and their families receive psychological support at the 12 Spanish hospitals with which it collaborates. 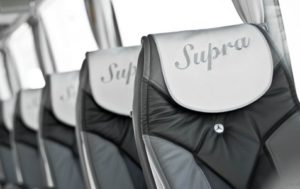 In the Best Accident Prevention Initiative category, the winner this year is the road passenger transport company ALSA for its World Class Driver road risk prevention project. Thanks to this program, from 2010 to 2016 the company reduced the rate of accidents for which their drivers were responsible by 35 percent. The key: education. Its employees received over 55,000 hours of training to ensure they are all aware of, and meet, the required safety standards