The safest traveler. The legend of St. Christopher 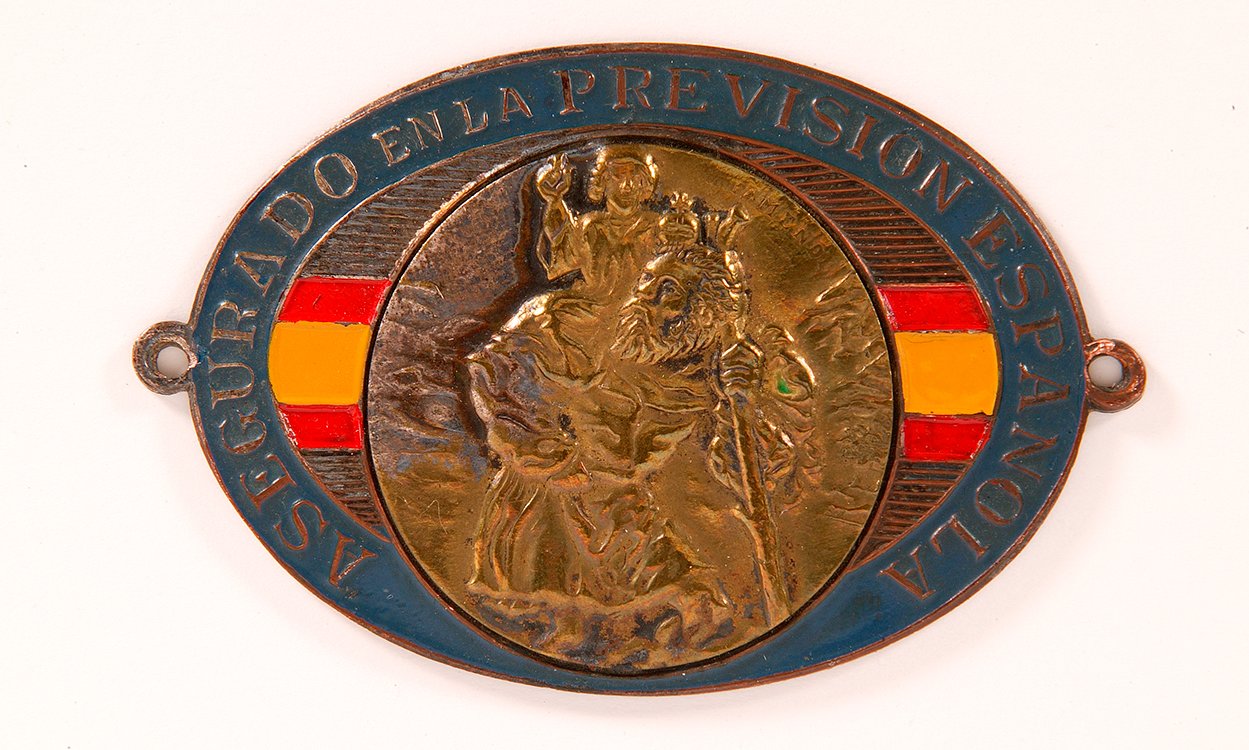 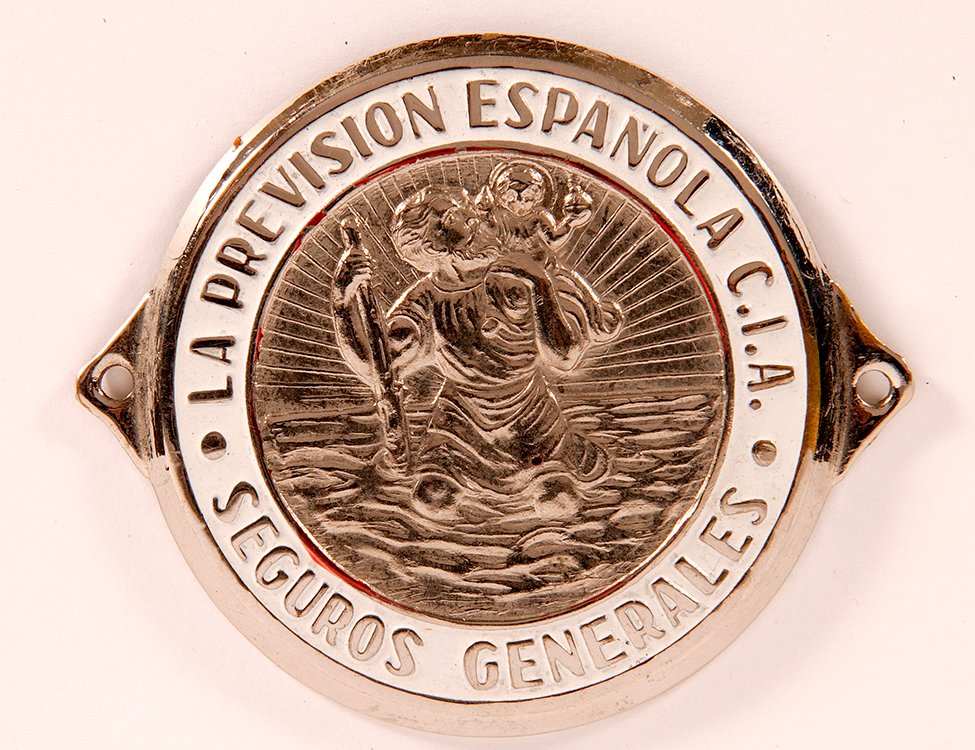 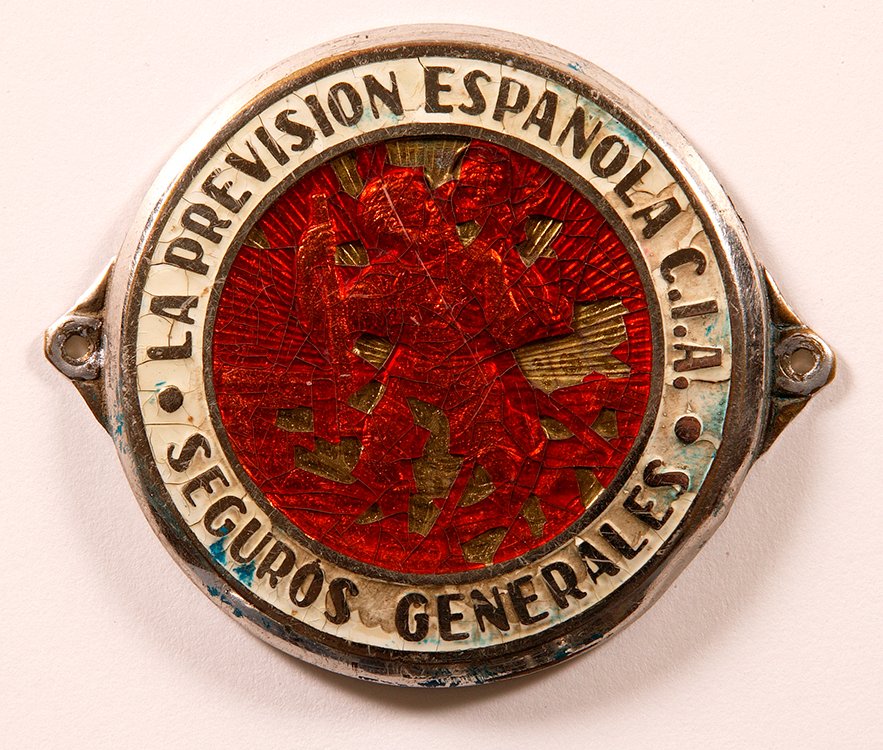 The best thing about the end of your vacation is returning home safe and sound, and, with luck, without having suffered any of the many mishaps to which travelers are exposed.

Traditionally, St. Christopher is considered the ‘protector’ of travelers and, in Spain, he is the patron saint of motorists and truckers. The origin of the name Christopher is Cristophoros, meaning Christ-bearer, or he who goes with Christ.

He was a highly revered saint during the Middle Ages and is associated with various legends. His most widespread representation is as a mighty, powerful figure, almost a giant, who carries a child – Christ – on his shoulders, symbolizing the weight of the world. This representation crosses over into the classical world and is inspired by the figure of Atlas, who bears the world on his shoulders.

Insurance plaques on automobiles fulfilled a similar function to that of those on buildings, indicating that the vehicle was protected and insured by a certain company.

According to the Christian apocryphal tradition, St. Christopher was a giant who helped travelers wade across a river, carrying them on his shoulders. One day he carried a child. He was surprised he weighed so much and asked him how this was possible. And the child replied: “I bear all the sins of the world on my shoulders.” It was Jesus Christ.

Even though he was born in the third century, his popularity has remained unaltered to the present day, and even increased in the last century on becoming the patron saint of drivers. It is therefore not surprising that various automobile insurance companies incorporated the figure of St. Christopher into their logos, particularly on their plaques. Insurance plaques on automobiles fulfilled a similar function to that of those on buildings, indicating that the vehicle was protected and insured by a certain company. These plaques were screwed to the bodywork in a conspicuous place on the vehicle. Collectible vintage cars still maintain these plaques as an integral part of their bodywork.

The Insurance Museum conserves several examples of these automobile plaques whose emblems depict the figure of St. Christopher.

Located in Madrid, at Paseo de Recoletos 23, it has 600 pieces on display and a total of 1,300 preserved in the institution’s collection.

In addition, all of them can be viewed on a virtual tour of the museum at www.museovirtualdelseguro.com.