Touching Color. The Revival of Pastel 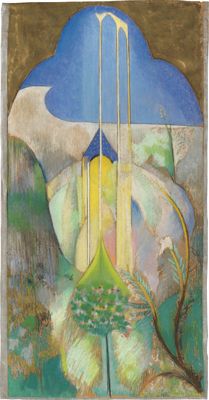 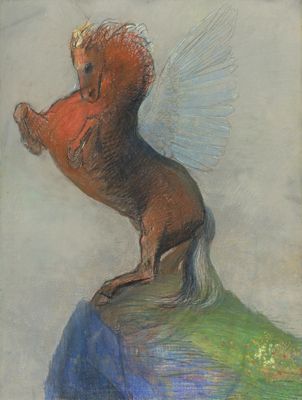 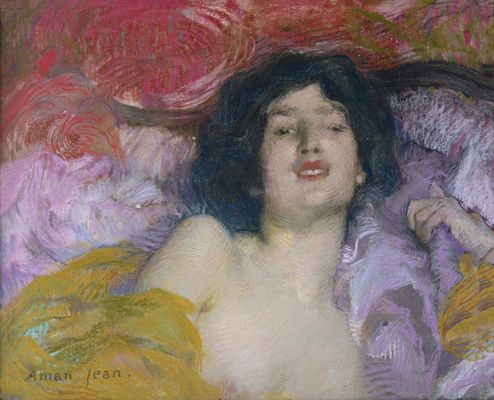 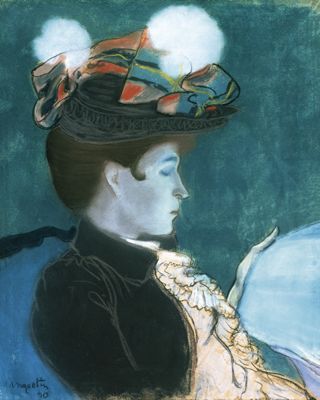 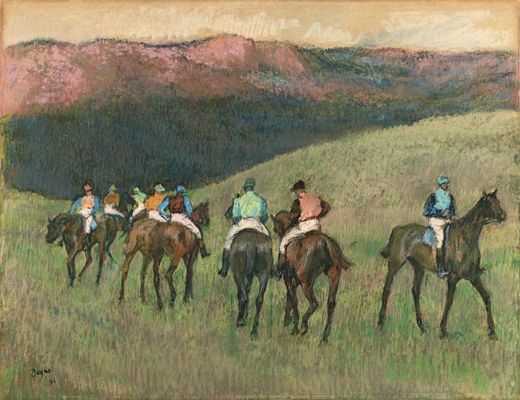 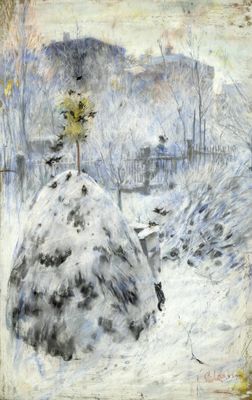 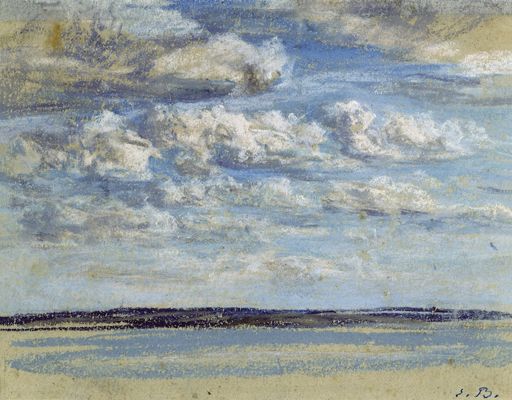 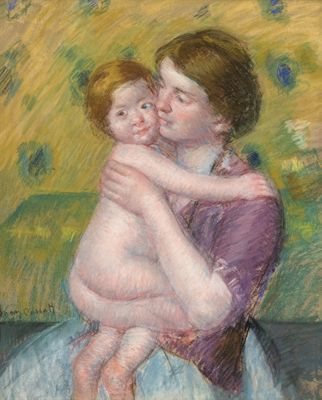 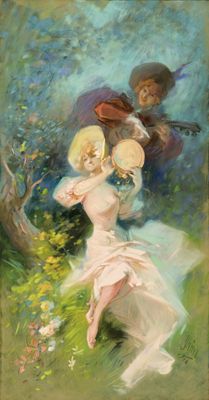 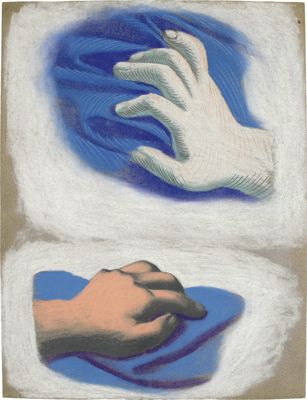 The history of art is not just the story of the visual proposals of artists and movements, but also the study of the techniques and materials employed; this exhibition focuses on one of them: pastel, a medium traditionally classified as superior to drawing, but inferior to painting.

While the 18th century has always been considered the golden age for the widespread adoption of the pastel medium, it was not until the 19th century that it managed to gain independence from other techniques such as oil painting. The material’s qualities (intense colors, soft appearance, ease of preparation and use) blended seamlessly into a notion of modernity that was taking hold at that time. The precise moment of this technique’s revival marks the start of the exhibition Touching Color. Curated by Philippe Saunier, it can be visited from October 3, 2019 through January 5, 2020 at the Casa Garriga Nogués Hall in Barcelona.

Divided into ten sections, the exhibit delves into the history of this resurgence of pastel from an international viewpoint and highlights both its landmark episodes and its leading exponents, those who turned it into an art form in its own right.

The 18th century as a mirror

On reviewing pastel artwork of the 19th and 20th centuries, we encounter what appears to be a common thread: references to the 18th century. Given that pastel artists are always tarred with the brush of being somewhat second-class painters, by invoking the 18th century these artists not only sought a form of legitimacy, but also strove to appropriate the teachings of their predecessors; in their eyes, 18th century art – so light, charming, elegant and natural – was like an invitation to break free from stifling conventions. This is how Jules Chéret viewed it; he electrified his compositions with an ener gy that critics of the time described as “colorful fanfares” and “flashes of fantasy”.

In the collective imagination, pastel is an art form intrinsically associated with the work of female artists. Indeed, right from the 18th century, it attracted a diverse range of creative women, with Rosalba Carriera at the forefront, partly because they knew how difficult it would be to gain acceptance in the major disciplines. On the other hand, by turning to pastel, a field still barely appreciated, they could seek the professionalization of this medium.

Without renouncing the use of oil paints, many women had exceptional careers as pastel artists: the Belgian Louise De Hem won a Gold Medal at the Paris Salon in 1901; for her part, the U.S. artist Mary Cassatt soon become aware of the true value of this medium; with her vigorous strokes and bold use of color, Cassatt’s pastels modernized the portraiture genre and the recurring motif of motherhood.

For a long time, pastel was almost exclusively a portraiture art form. However, in the 19th century, its ease of use encouraged several artists to turn to it in order to capture the essence of a landscape with very few strokes. From the 1830s onward, when artists started leaving their studios in search of contact with nature, there was a surge in the number of pastel landscapes. Among these landscapers, Camille Flers was the greatest proponent of the use of these colored sticks. The importance she attached to her landscapes is reflected in her decision to exhibit them at the Salon. Quite the opposite of Eugène Boudin’s decision: in the 1850s, the “king of the skies” (as Camille Corot called him) accumulated numerous draft works in pastel, but he did so for their subsequent use on canvases reserved for the Salon.

In 1885, Roger Ballu (1852-1908), a French Fine Arts inspector, created the Société des Pastellistes de France, with the specific goal of “demonstrating, developing and encouraging the pastel art form.” In its 30 years in existence, this Society managed to put pastel in the spotlight. However, its recognition remained far from perfect, given that the Society’s failure to renovate led to its becoming antiquated, isolated from the truly innovative artists. Neither did it adopt the spirit of the modern artists, so open to the unprejudiced use of different media; instead, it remained with those who defended one technique over another, continuing to place the 18th century on a pedestal.

One of the signs that pastel was being increasingly deemed a legitimate art form is that, starting in the 1880s, it attracted an increasing number of artists, especially foreigners. In many cases, after moving to Paris to complete their training, they were enthralled by the contemporary works of Giuseppe De Nittis, whose pastel works of those years were among the most spectacular of his oeuvre. The aura of modernity and elegance surrounding this technique at that time convinced artists like Edelfelt, Thaulow, Kroyer, Larsson, Baertsoen, Khnopff or Guthrie to try out colored chalks and adapt what, to date, was such an inherently French art form to their own countries.

The manifest interest of most impressionist painters in the pastel medium was not a chance occurrence: this easy-to-use material enabled them to work swiftly outdoors and was fully compatible with their aesthetic leanings. This did not impede the vast majority of impressionists granting pride of place to oil painting. Among these artists, the exception was Edgar Degas, the pastel artist par excellence of the group, and the only one who adopted pastel as his preferred means of expression. Degas appreciated the qualities of pastel, which afforded more brightness — and, therefore, greater presence — to the scenes he depicted.

The growing success of pastel during the last quarter of the 19th century was not merely due to its increased legitimacy; what must also be taken into account are the characteristics of the material itself, whose vivid colors are capable of producing effects of enormous intensity. The vibrant pastels by Jules Chéret or Edmond Aman-Jean underscore the singular — and, in more than one aspect, unmatched — virtues of pastel. Totally devoid of any psychological dimension, Aman-Jean’s figures are, first and foremost, magnificent chromatic arrangements. The incandescence of Louis Anquetin’s pastels, such as Jeune femme lisant un journal [Girl Reading a Newspaper] forced the stylization of the contours, while the intensity of the colors appear to be the transposition of stained-glass windows.

Driven by their desire to shake off a faithful, flat reproduction of reality, the generation born around 1860 aspired to reflect dreams and imagination. Pastel was of tremendous assistance: this delicate, powdery medium, with its aura of refinement and fragility, facilitated vaporous, mysterious effects. While the Impressionists favored really sunny, daytime landscapes, the Symbolists appreciated tenebrous atmospheres, more propitious to a sense of mystery. In this sense, the Belgian William Degouve de Nuncques is emblematic: he produced pastel nighttime landscapes, bereft of any human presence so as to better emphasize their silent, eerie nature.

Odilon Redon (1840-1916) is considered the most inspired pastel artist of the late 19th and early 20th century: he was the one who dedicated himself to pastel with the greatest perseverance and conviction, affording it categorical aesthetic and spiritual considerations that made it much more than a simple material. After having devoted twenty years exclusively to charcoal (his famous ‘Noirs’), Redon turned to chromaticism through the use of pastel at a time when color was being declared by various artists as a prime objective. All his works vibrate with transcendent aspirations, in particular his pastels which must be understood as authentic epiphanies.

The 20th century: from symbol to gesture

As for the discussions about pastel’s place within the hierarchy of artistic techniques, the avant-garde artists were clearly pragmatic in this regard; their interest resided more in the renovation of languages and striving to free painting from the yoke of reflecting reality, than in respecting the academic rules. As a result, for them pastel was just another medium which simply facilitated the enunciation of a particular message. That is the meaning it held for Pablo Picasso in his classical period (Étude de mains, 1921), as he turned to this technique with the aim of investigating skin textures, chromatic richness and sculptural density.

The exhibition closes with a work by Hans Hartung, an artist capable of reinventing pastel as an art form. His work T1963 K9, 1963, exemplifies how 20th century artists touched color with iconoclastic, multiform hand gestures, thus managing to expand the frontiers of pastel, now free from prejudice and, perhaps, its own history.