Cyberbullying, sexting and grooming are terms that are starting to be only too familiar among adolescents, parents, and educators all over the world, as they realize that the new technologies also have their dark side. To deal with this, what is needed is information, caution, and reporting incidents.

The data for 2016 from the American Cyberbullying Research Center are overwhelming: 33.8 percent of pupils between the ages of 12 and 17 have been victims of online harassment in the United States. In Europe, according to the EU Net Children Go Mobile Report, it seems that the data are not yet so chilling, with the figure standing at around 12 percent, although rising each year.

Statistics can be a little confusing and contradictory, depending on the source of the data. However, a spokesman for the Spanish National Police Force, whose Citizen Participation Central Unit runs the Master Plan for Peaceful Coexistence and Enhanced Safety in Educational Centers and their Surroundings, states that, “we must appreciate the fact that, behind these stark figures, are real children who may be suffering really complicated situations.” This is not a question to be taken lightly, taking into account the fact that numerous studies have linked various forms of cyberbullying to harmful effects on the mental health of those suffering it, such as depression, self-harm and suicidal tendencies. This is in addition to other effects such as poor academic performance, violent behavior, difficulties with their peers, risky sexual practices and drug use.

Curiously, despite the seriousness of the consequences of such practices, young people are not as aware as they should be of them. The Master Plan points out that: “Children are often unaware of the risks they run when performing certain actions on social media.” They feel invulnerable to the danger, as they believe they know more than the adults warning them about potential risks.

Only when they experience – or are firsthand witnesses to – such events do they understand that they can have negative consequences, not just for their digital image, but also in their real life.

Cyberbullying is such a serious issue partly because the different types of harassment are interrelated, as the police are at pains to explain. “The circumstances sometimes result in one of them causing others. Thus, for example, sexting (sharing sexually explicit material electronically), which is a situation accepted and encouraged by the minors themselves, can be the gateway to a case of grooming (deception on the part of an adult to obtain sexual favors from a minor) or cyberbullying; in the same way, after suffering online harassment, which is when children are most vulnerable, a pederast or pedophile could befriend them to offer support, thus also giving rise to a situation of grooming.” A selfperpetuating snowball effect.

All these types of harassment are nothing new. Back in 2012, the Council of Europe launched the initiative Youth Against Online Hate Speech to combat racism and discrimination in cyberspace, as many of the harassment cases are due to race or sexual orientation issues. But it is true that this problem has grown worse over the years, as the use of mobile devices with Internet access has become more widespread and the age at which children use them has fallen. A 2016 WHO study – which places our country in seventh place as regards cyberbullying – argues that school bullying tends to decrease with age. Among boys, the peak is at around 11 years of age, while, among girls, it is between 11 and 13 years of age; in both cases, it falls off at the age of 15.

Although there are exceptions. Sexting, for example, is more common among older adolescents, according to a meta-analysis which appeared last February in the journal JAMA Pediatrics an American Medical Association publication. This same publication warns of “preadolescents aged 10-12 initiating the practice of sexting.” This is an age at which children are extremely vulnerable.

With all these data, it is plainly evident that educational efforts are increasingly necessary to strive to prevent these cases. The police believe that there are two “clearly differentiated, but intrinsically linked” lines along which work has to be intensified. Firstly, work on fostering empathy to prevent the commission of crimes by children: “Usually, children are not aware that their games or jokes may cause real harm to others. Stressing this and getting them to understand how the other person feels is fundamental in any attempt to prevent aggressions of any kind being repeated.” Secondly, try to get the kids to develop their rational distrust so as to avoid becoming victims, because “they can never be one hundred percent sure they know the person with whom they are communicating,” they clarify. “It’s not a question of stopping them from striking up friendships on social networks, but rather getting them to understand that they should be suspicious when they are asked for compromising details or images,” they conclude.

33.8 percent of pupils between the ages of 12 and 17 have been victims of online harassment in the United States

To achieve these two objectives, the Citizen Participation Central Unit of the Spanish National Police Force focuses its efforts on prevention. And they do so through awareness raising, information and advice, targeting youngsters, their parents and the rest of the educational community. In fact, of all the talks given by the Citizen Participation delegates, the topic of Risks on the Internet is the one most often requested by the educational communities: 14,200 throughout Spain last year. While the results are difficult to quantify, they reflect the reality of the fear of parents, teachers and pupils alike.

Internet-related issues go far beyond what others can do. Another serious question cannot be ignored: technology addiction among adolescents. In 2016 the Autonomous University of Barcelona published a study on this issue which found that the Internet use of 13.6 percent of the respondents was problematic. And 6.2 percent in the case of video games. It is estimated that, over the past two years, these figures have risen. To such a degree that, in its recent revision of the International Classification of Diseases (ICD 11), the WHO recognized the addiction to video games as a mental illness. “Health professionals must recognize that gaming disorders can have serious health consequences,” Vladimir Poznyak, head of the Mental Health and Substance Abuse Department at the WHO, stated categorically to the journal New Scientist. On this question, Antonio Guzmán, Health Area manager at Fundación MAPFRE, adds that “the WHO has been warning for some time that a quarter of the population has some problem with an addiction to the new technologies.” It is not easy to control. Not even to know when you are addicted to your cell phone. But, it seems clear that this will be one of the challenges in the future. 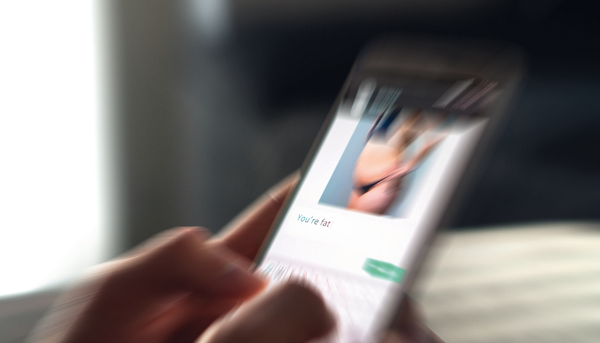 The Fundación MAPFRE/National Police project offers these recommendations to teenagers using the Internet:

• Check and verify your information.

• Not everything is on the Net: there’s a lot of life out there..

Fundación MAPFRE, for a network under control

Controla tu Red [Control your Network] is the name of the project run jointly by the National Police and Fundación MAPFRE. Its objective is to address the risks associated with Internet use and to prevent bullying in schools. “The main idea is to promote the responsible use of technology among minors, but also among parents and teachers, due to the increase in crimes being committed over the Internet” is the view of those running the National Police’s Master Plan for Peaceful Coexistence and Enhanced Safety. With this goal in mind, several guides and pamphlets have been produced offering a series of safety guidelines designed to prevent young people from becoming victims of certain crimes, teach them how to protect their privacy and realize the need to report any and all cases of bullying and cyberbullying they may witness. The material is adapted to two different elementary school age groups, with one series catering to grades 3 and 4, and another to grades 5 and 6.