In early 2017, the meteorological phenomenon known as El Niño Costero brought with it severe storms that caused several rivers in Peru to burst their banks. Norma Nakamura Calderón, who has worked at MAPFRE Peru for the past 20 years and recently took over as the head of Social Welfare, participated intensively in the activities launched by Fundación MAPFRE to provide support to those who needed it most.

El Niño Costero hit in March, bringing with it severe storms that caused rivers in Peru to burst their banks. This caused widespread flooding and severely affected housing, cultivation areas, and roads. In its wake it left cities cut off, shortages of water and food supplies, and deceased, injured and missing persons. An emergency situation was declared in northern Peru and several areas of the capital.

Fundación MAPFRE immediately went to work, showing its concern for the most disadvantaged, regardless of the distance, and proclaimed the message “If we want to, we can”. The action proposed was to prepare bags with non-perishable food items, to be given directly to each affected family. 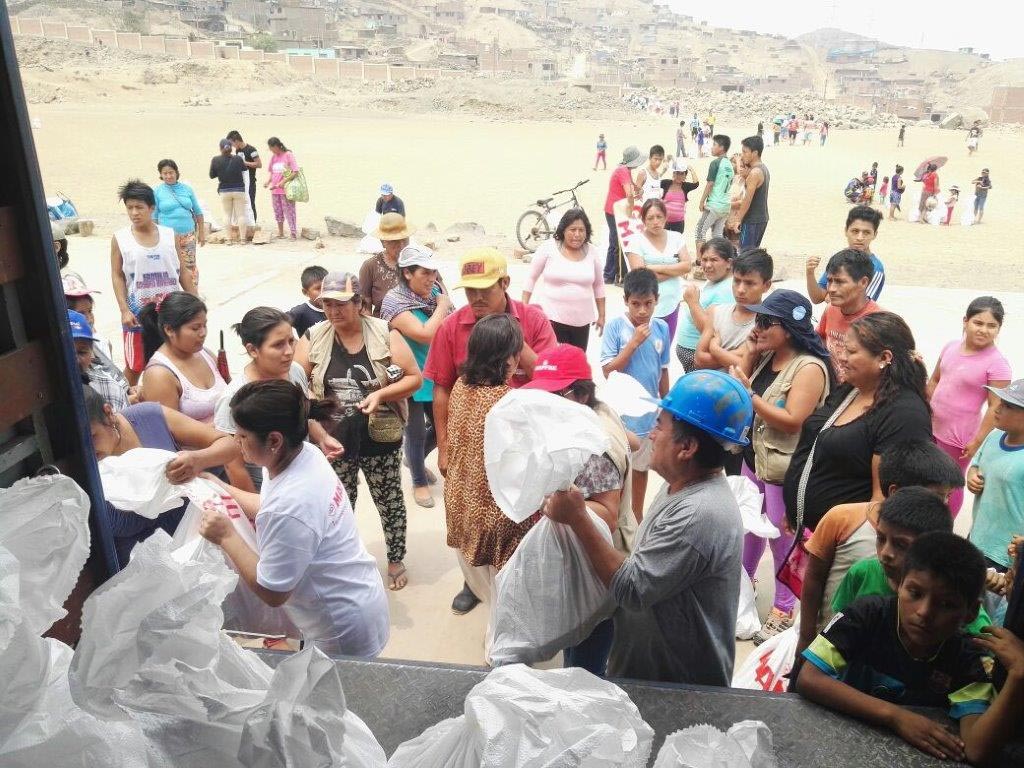 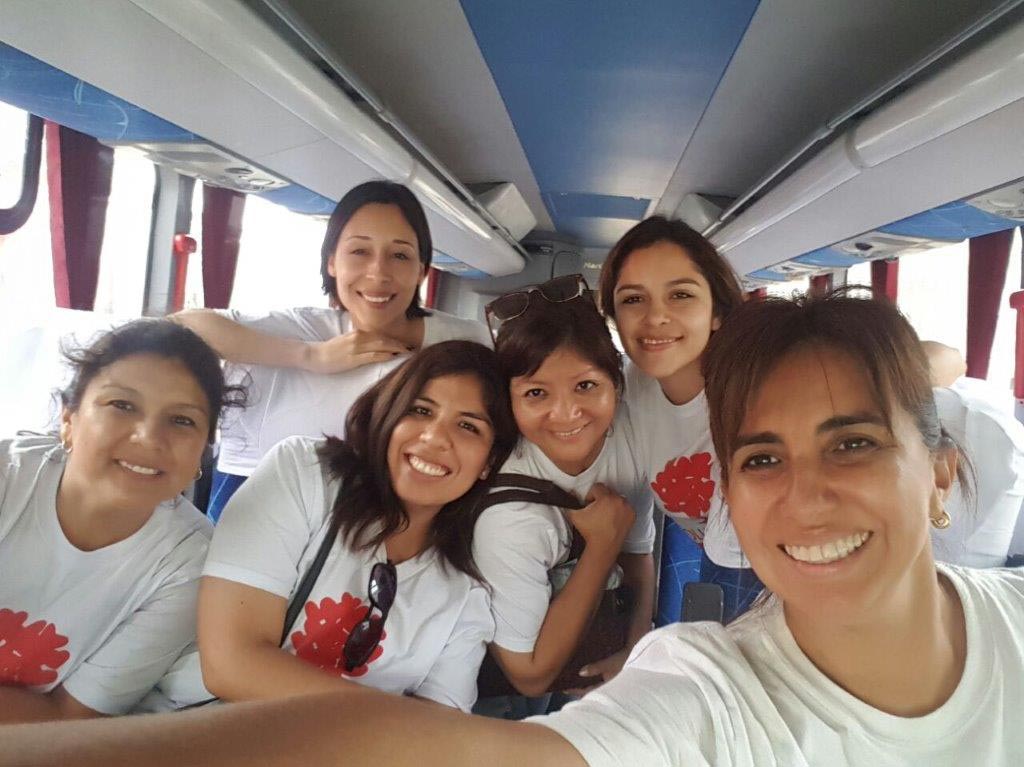 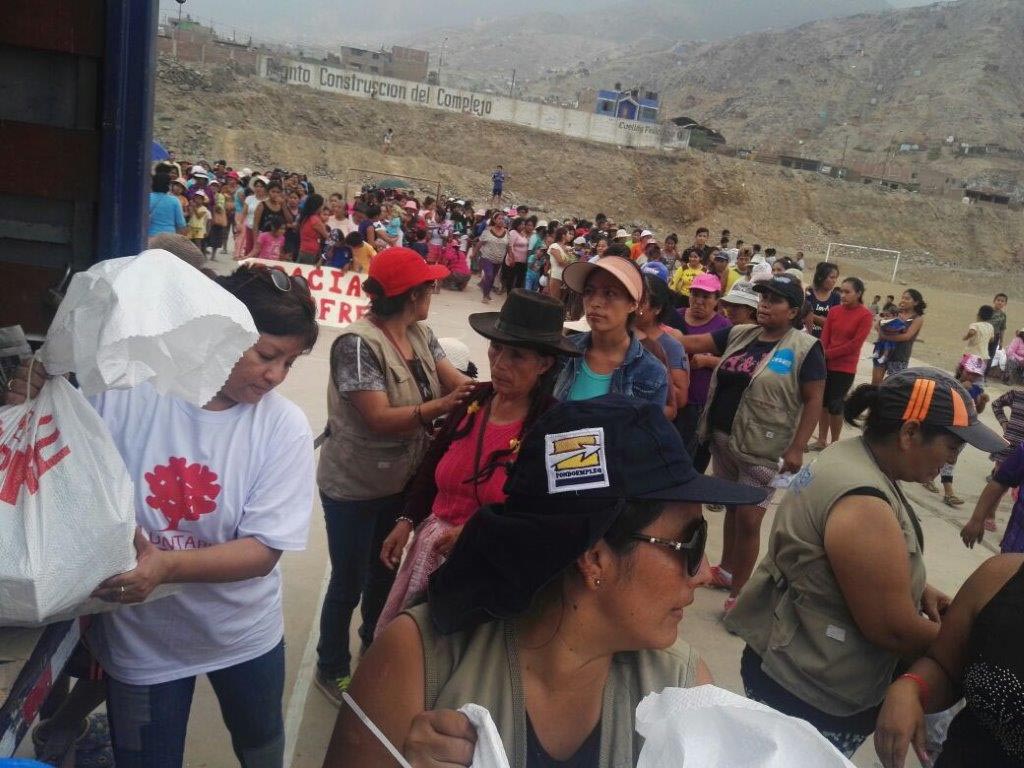 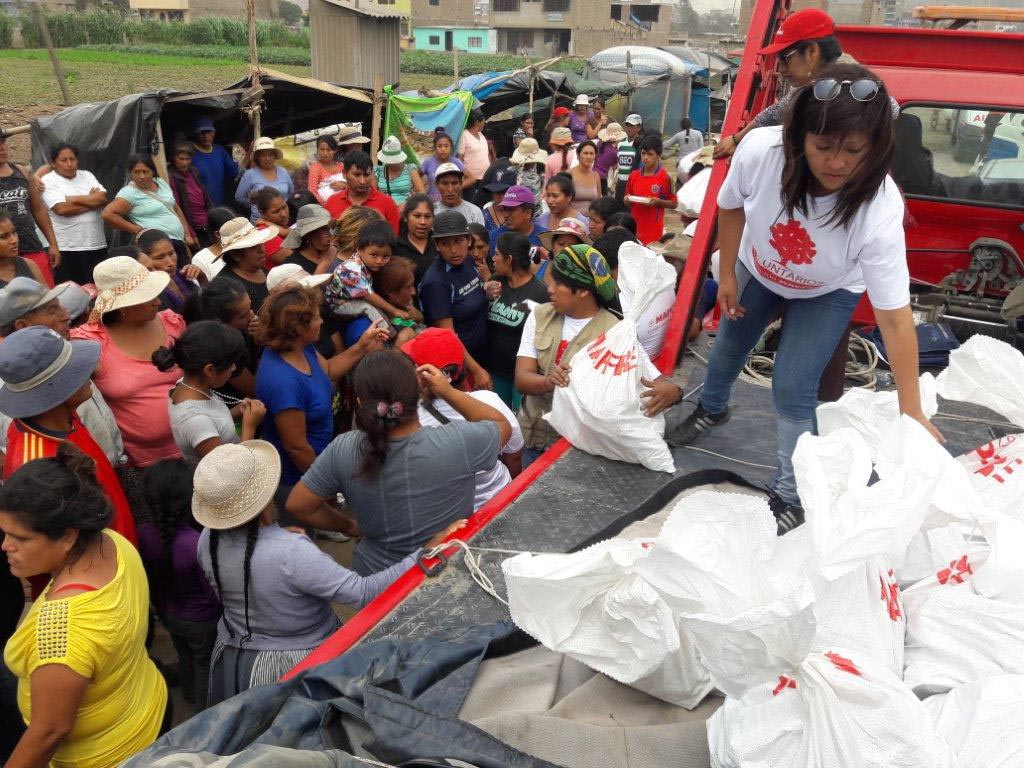 I have always worked in the Human Resources Unit, and I feel fortunate, privileged and grateful to have grown professionally in this unit. It enables me to constantly maintain close contact with all our collaborators, learn about their joys, difficulties and goals, as well as their personal, labor and professional aspirations.

But in this case, from the very first moment, the cooperative attitude of the collaborators and volunteers exceeded all expectations. Incredibly, we became robots with the sole objective of preparing 3,727 bags. The process seemed almost endless until, finally, we were able to say ‘mission accomplished!’

I must highlight the cooperation of the general public, who brought ready-to-eat meals for those who had lost everything or almost everything

Teamwork not only enables you to achieve an objective, it generates camaraderie. I saw this firsthand; I felt it and I can truly say that it is accompanied by a lot of positive, sincere energy. That was conveyed to me by the CESAL NGO – with which our Foundation’s Social Action Area collaborates – which provided us with support for the delivery of the bags of provisions to the various affected areas in Huachipa.

CESAL is located to the east of the capital, where they perform truly admirable work with children and parents. For this reason, we coordinated the distribution of the packages with them. They contacted the leaders of the affected communities and outlined the routes for us to get to each of the places we had to visit.

Definitely, teamwork produces good results. That’s what we were, a real team, ready to depart on our mission. We also had the necessary means of transport: a tow truck loaned to us by the Auto Unit and hearses from the Funeral Area. Together with the help of our Procurement and Logistics Unit, and the fortitude of our volunteers, all this made me realize that MAPFRE is a single force, a group of people that feels the need of their fellow man, and responds to that call for help. I felt it was a missionary adventure, like when I used to do pastoral work and I said to myself: “It’s just the attitude – yes we can!”

I must highlight the cooperation of the general public, who brought ready-to-eat meals for those who had lost everything or almost everything, the mobile clinic units and the volunteer medics who offered their support. Those were several days of living with a harsh reality, seeing life in a different light. I’m leaving with a smile of innocence, like a child receiving that longed-for Xmas gift, that many may never be able to experience. Thank you for this experien.