They have formed part of our diet since around 10,000 years ago, when humans began to domesticate animals and grow crops. Nowadays, we also know the benefits they offer us.

Whether it be quinoa, chia, flax, poppy seeds, etc. Recently, seeds have become an essential element in the pantries of half of the world’s population. So much so that you could be forgiven for thinking that their nutritional properties have more to do with a fad than reality. That is why it is important to see things as they really are. For example, in no way is this a fad. This is made clear by Ana Luzón, a doctor and Vice President of the Spanish Gastronomy and Nutrition Association: “As an unprocessed food product, thanks to the discovery of writings on clay tablets, it is known that mustard, sesame and cumin seeds were already present in the Sumerian diet as far back as 3000 BC.” And she adds: “They have always been used. In each area, those which prove easiest to grow. But globalization also affects these foods and, as word spreads about their properties and good “communication” techniques are employed in this regard, some practically acquire magical status.”

Many nutrients in little volume

Miraculous or not, “without a doubt these are interesting foods as they contain the nutrients that will sustain the plant in its first phase, which implies a high concentration of elements in very little volume,” Ms. Luzón comments. Practically all seeds stand out for their high content of vegetable fiber, recommendable fats, minerals, trace elements and vitamins, which means they are a good component of a complete, well-balanced diet. In addition, each has its own peculiarity, which makes it suitable for some particular ailment. For example, chia seeds have a high content of Omega-3 – “they must be crushed in order for it to be more easily absorbed” – fiber, zinc, selenium, calcium, magnesium, iron and phosphorus. Sesame seeds are ideal for those who need vitamins, given that, in addition to calcium, iron, fiber and zinc, they provide group B vitamins and vitamin E. And flax seeds are excellent for maintaining good bowel function, although they should be avoided in case of diverticulitis or ulcerative colitis; and should be eaten with caution in the case of diabetics undergoing insulin therapy due to the risk of hypoglycemia.

Practically all seeds stand out for their high content of vegetable fiber, recommendable fats, minerals, trace elements and vitamins

From all this, it can be deduced that seeds are beneficial to health. Ana Luzón: “Pomegranate seeds, thanks to their high antioxidant capacity, help prevent cancer and cardiovascular accidents. Sunflower seeds are beneficial for muscle performance, given their high magnesium content. Cumin seeds for slow digestions. Sesame seeds help control our cholesterol…”

In small amounts, apt for diets

As not everything can be positive, seeds have a minor drawback. “Most of them have a high energy content (between 500 and 600 kcal per 100 grams),” says the creator of the Luzón Diet. But this usually does not cause a problem as they are not consumed in large quantities. “In general, some 20 or 30 grams taken mid-morning or mid-afternoon; or as an ingredient in a breakfast will not pose any danger to a diet,” concludes the nutritionist.

A further advantages is the multitude of possibilities when it comes to consuming them: “They can be added to salads, yogurt, cooked dishes (sesame, pine nuts, almonds, etc.), as the crust of some meat or bread, as a snack between meals, accompanying a dessert…” Just one more recommendation. When it comes to storage, it must be borne in mind that heat may cause some of their components to degrade and lose part of their beneficial effects.. 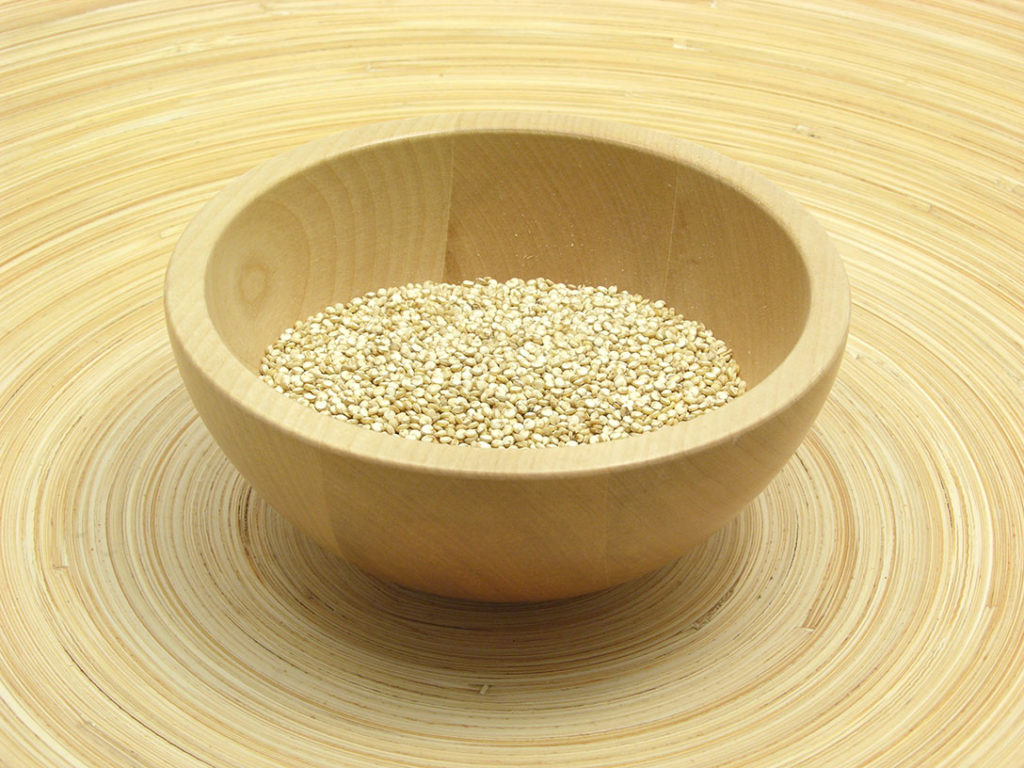 Quinoa is one of those foods that everybody has been talking about for less than five years. These are vegetable seeds native to the Andes consumed by the indigenous peoples for some 7,000 years. They stand out for their high nutritional value. Ana Luzón: “They contain all the amino acids the human body needs.”The FAO says of this seed: “It can be compared to foods such as beans, maize, rice and wheat. Moreover, it is a good source of high quality protein, dietary fiber, polyunsaturated fats and minerals.” It also has the ability to adapt to different ecological environments and climates. “Faced with the challenge of increasing the production of quality food to feed the world’s population in the context of climate change, quinoa offers an alternative for those countries suffering from food insecurity.” These are some of the reasons given by the United Nations Food and Agriculture Organization when it decided to promote 2013 as the “International Year of Quinoa.