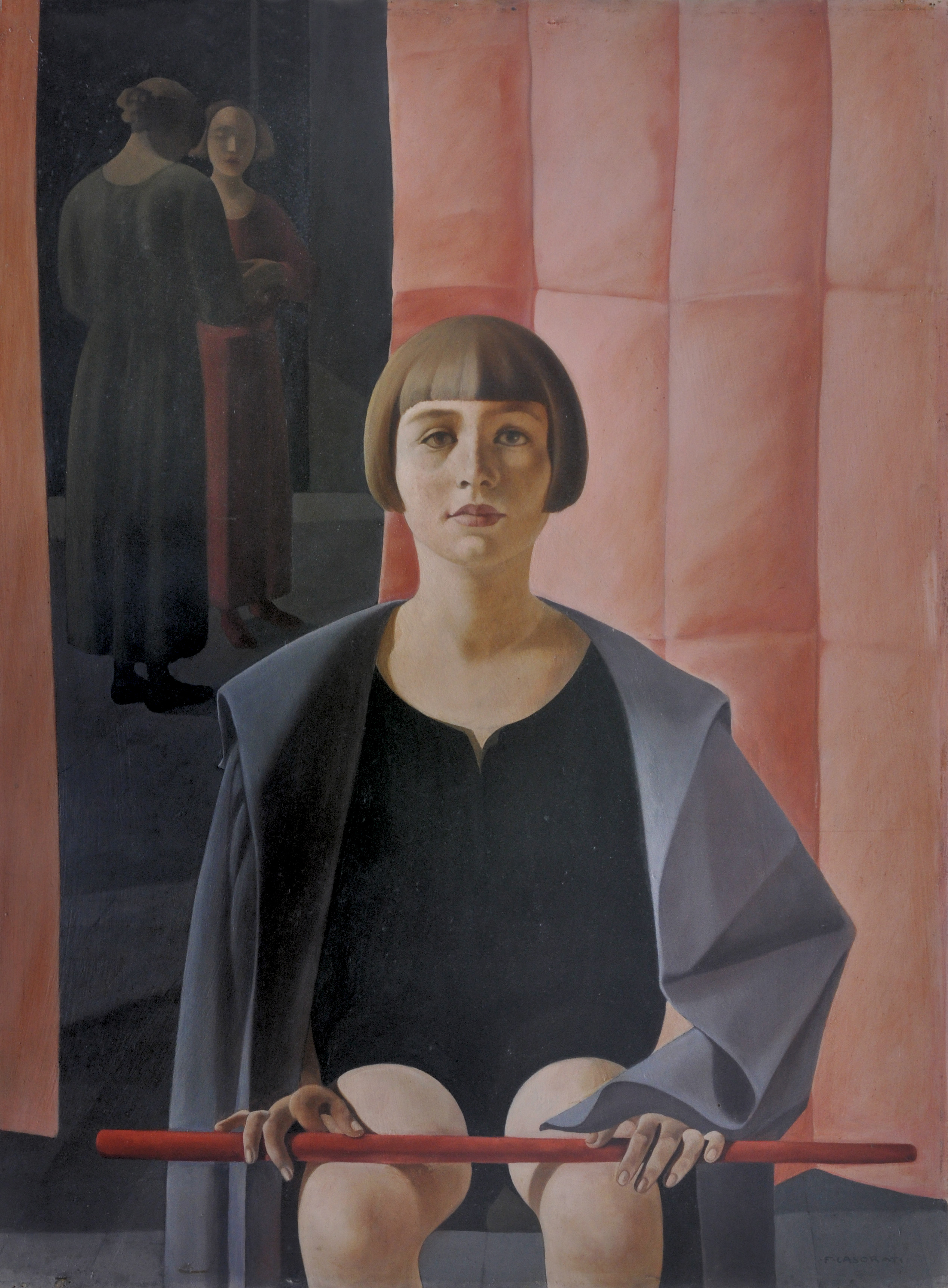 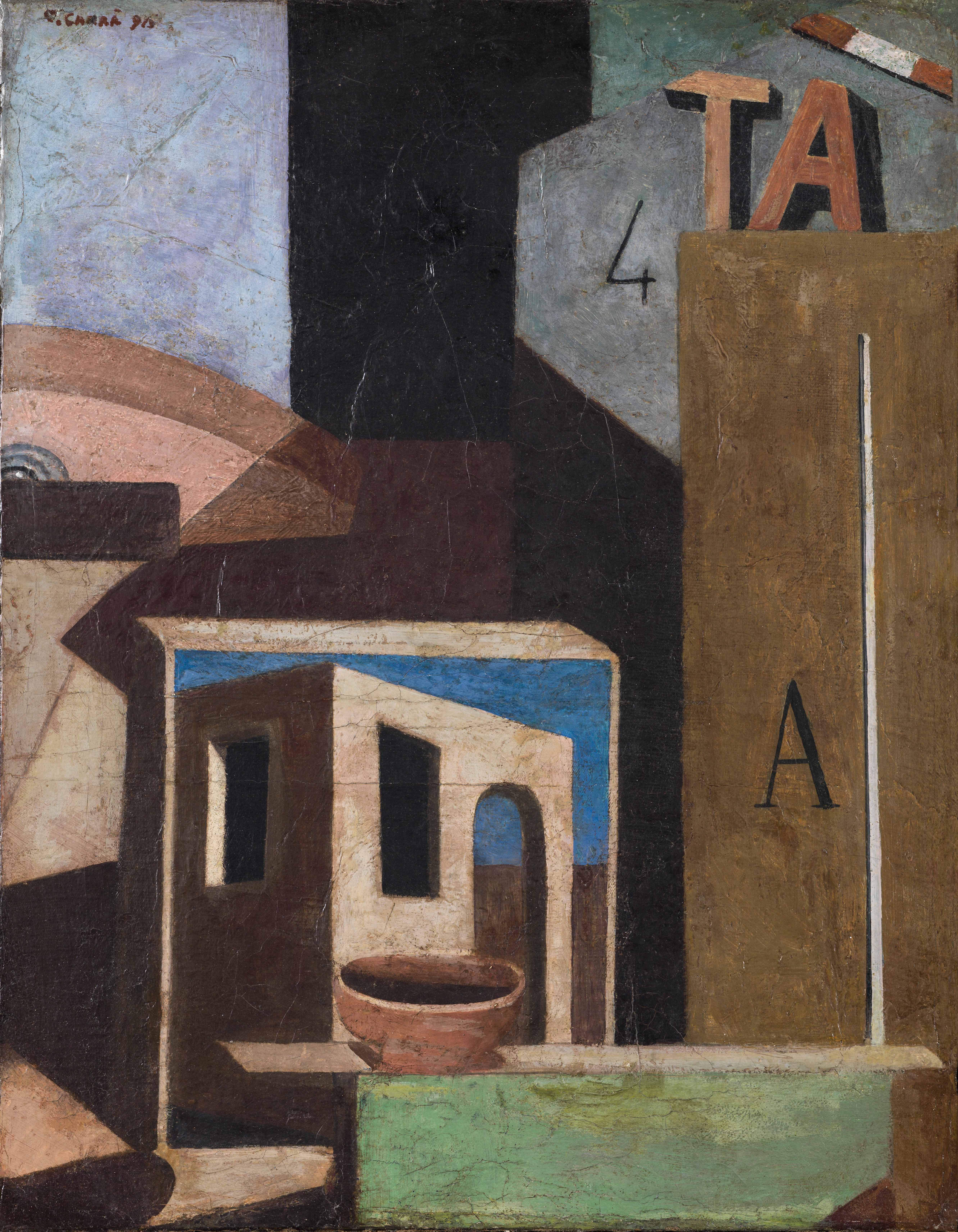 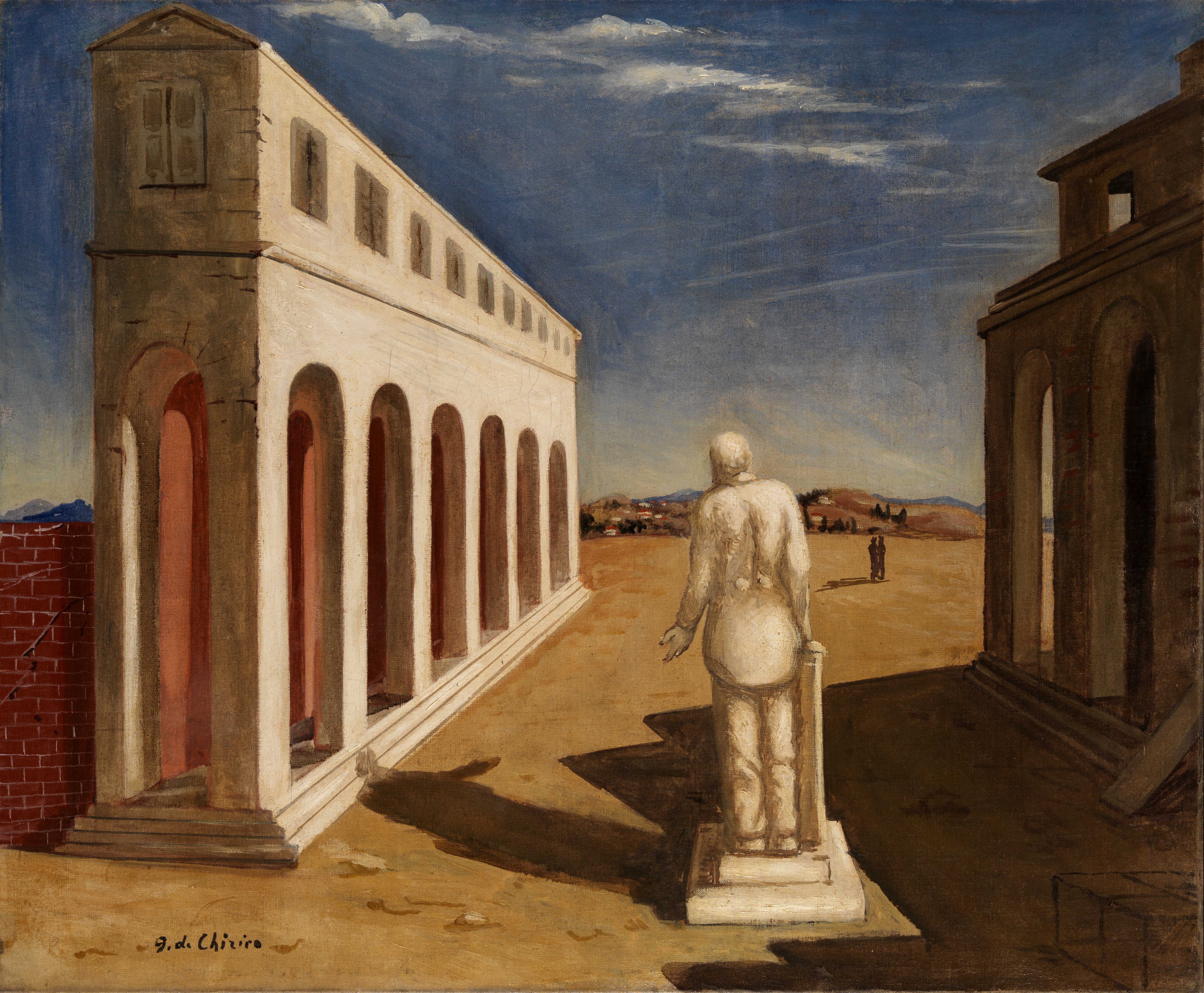 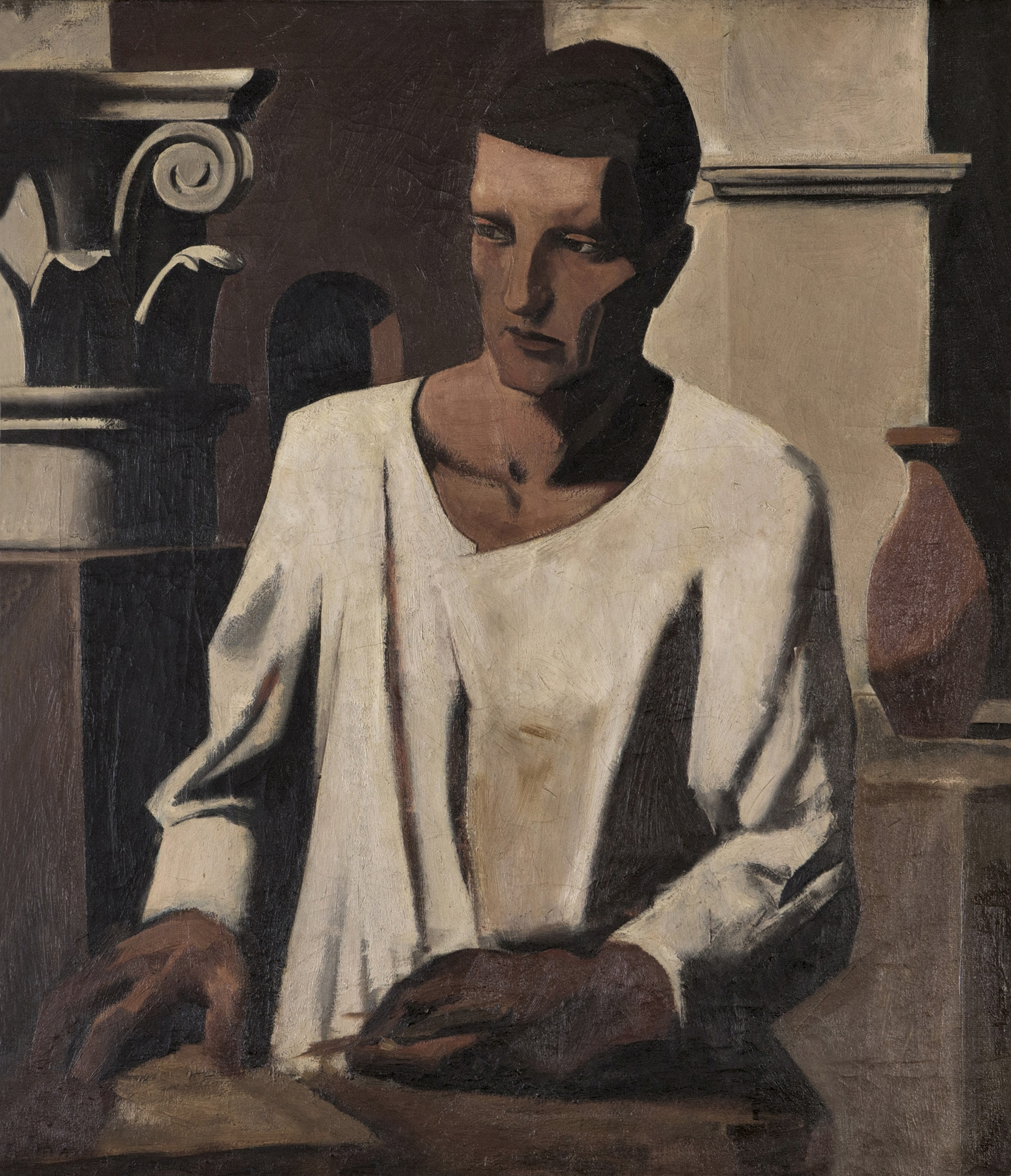 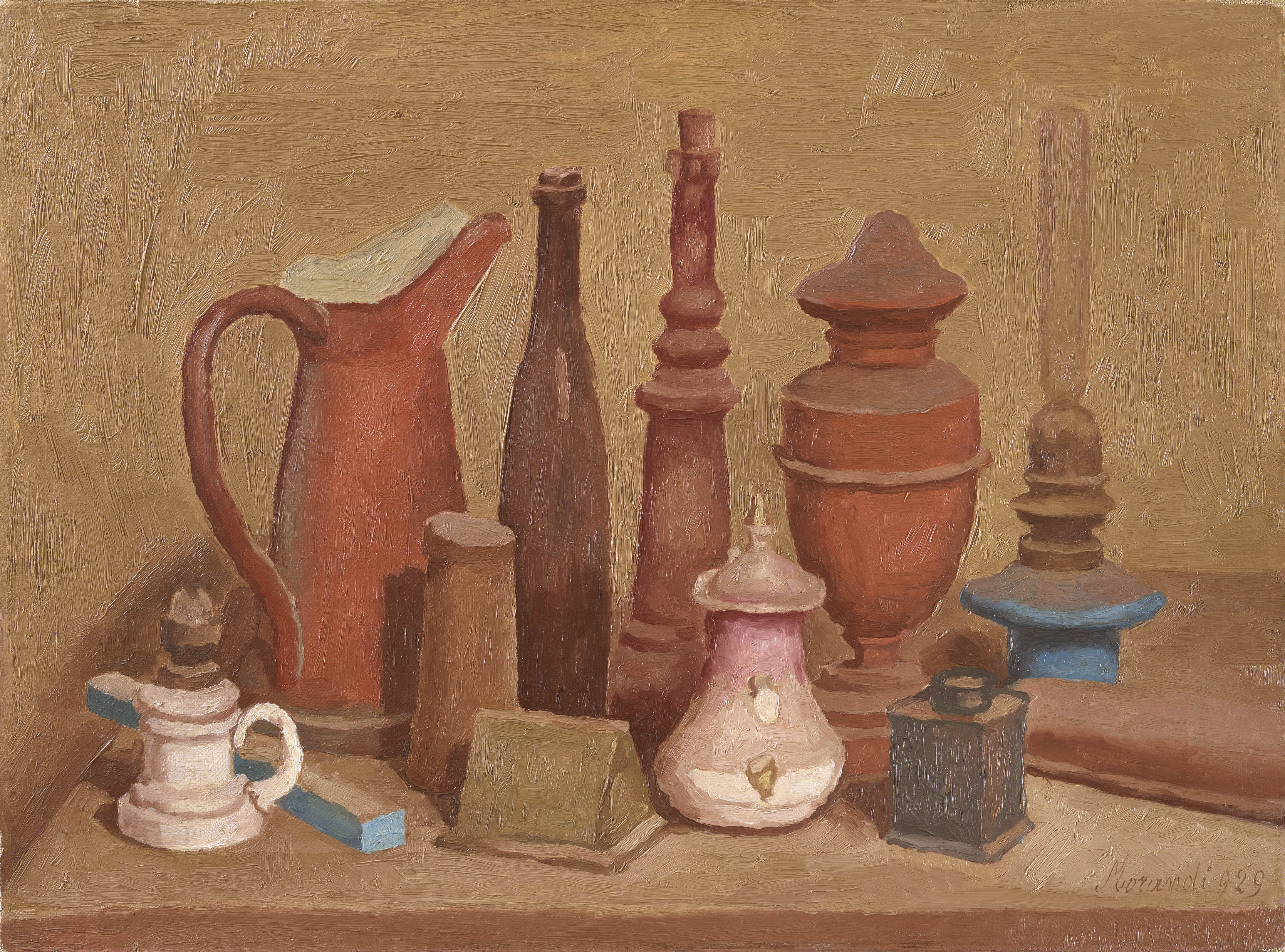 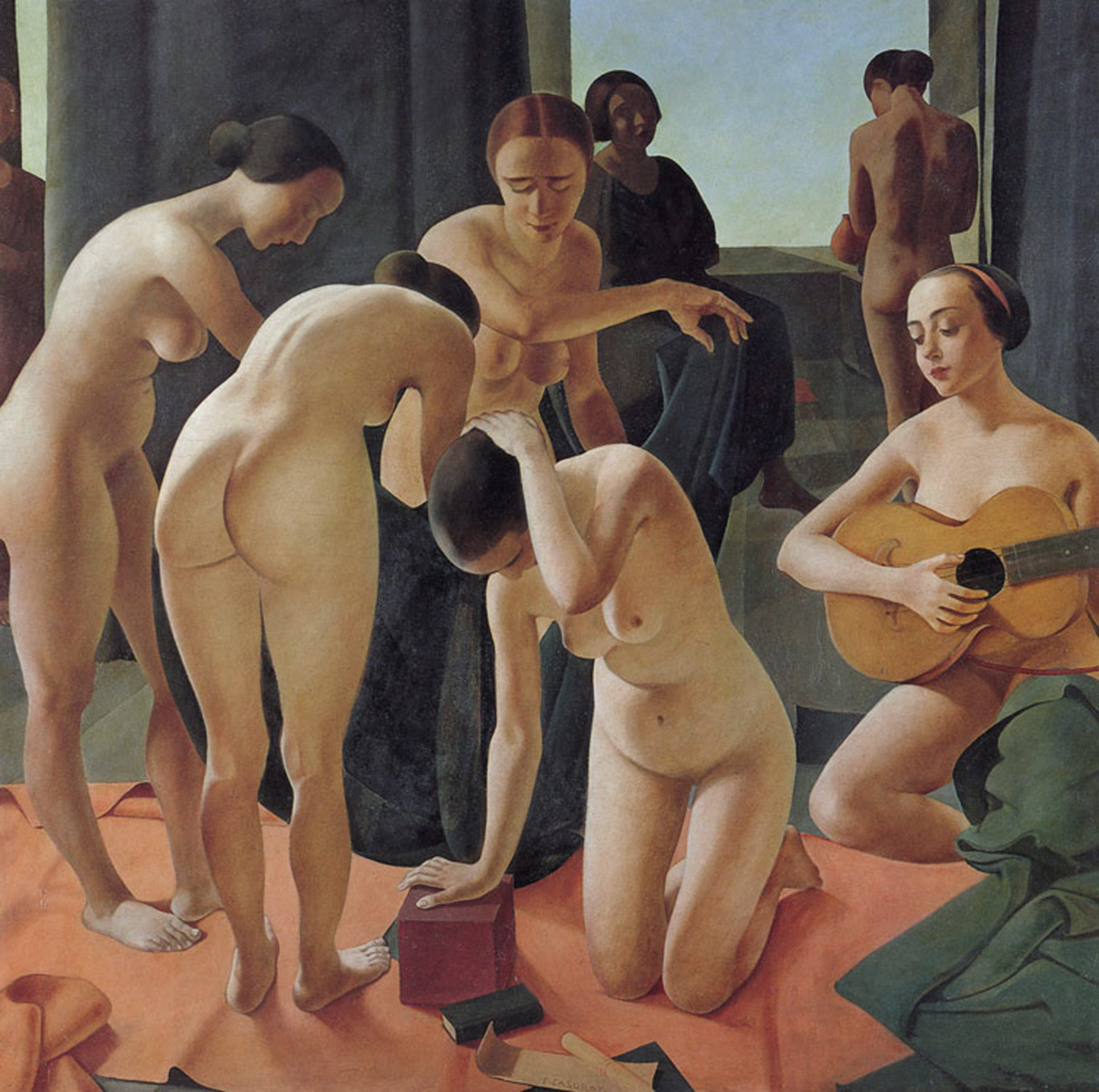 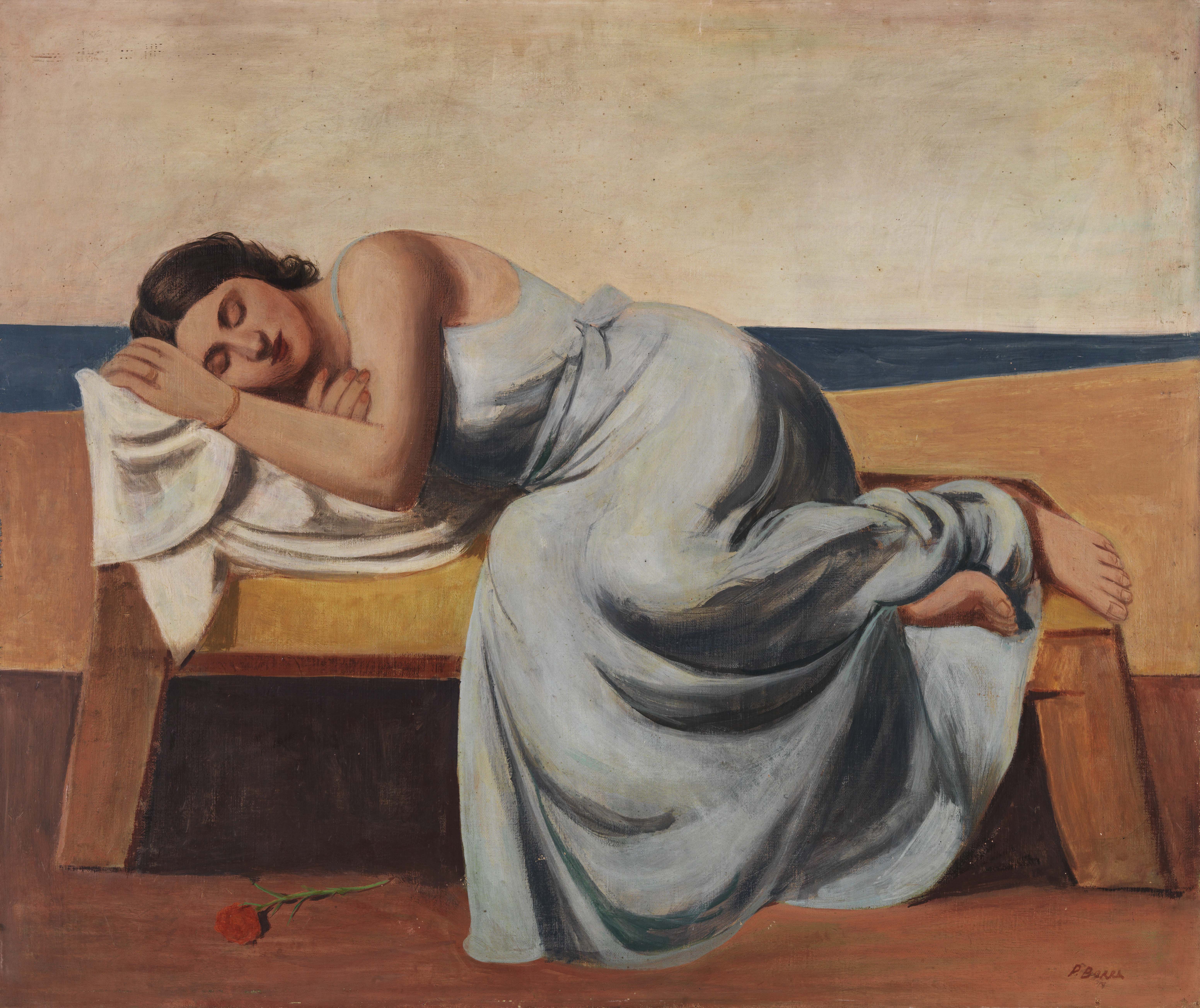 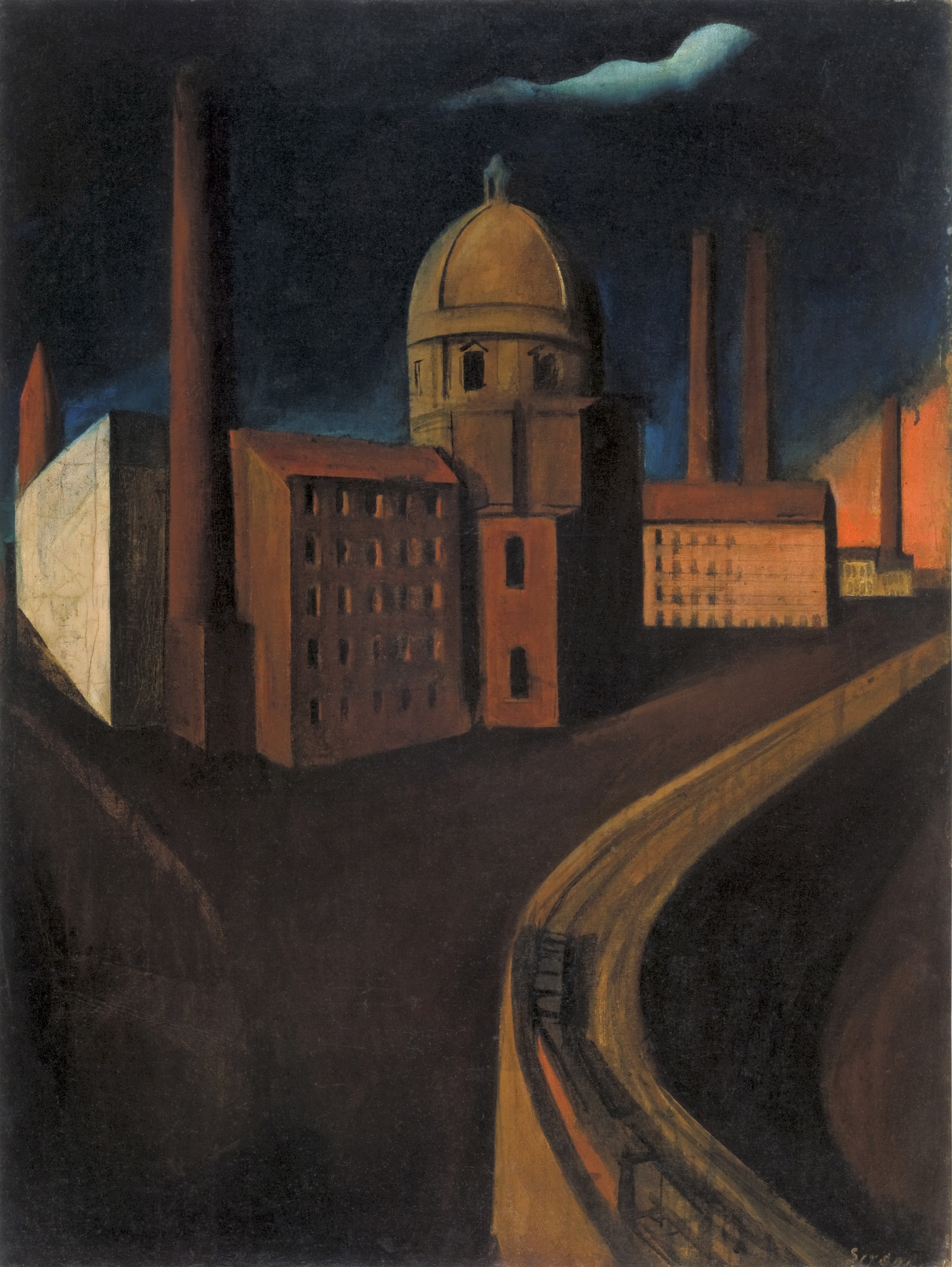 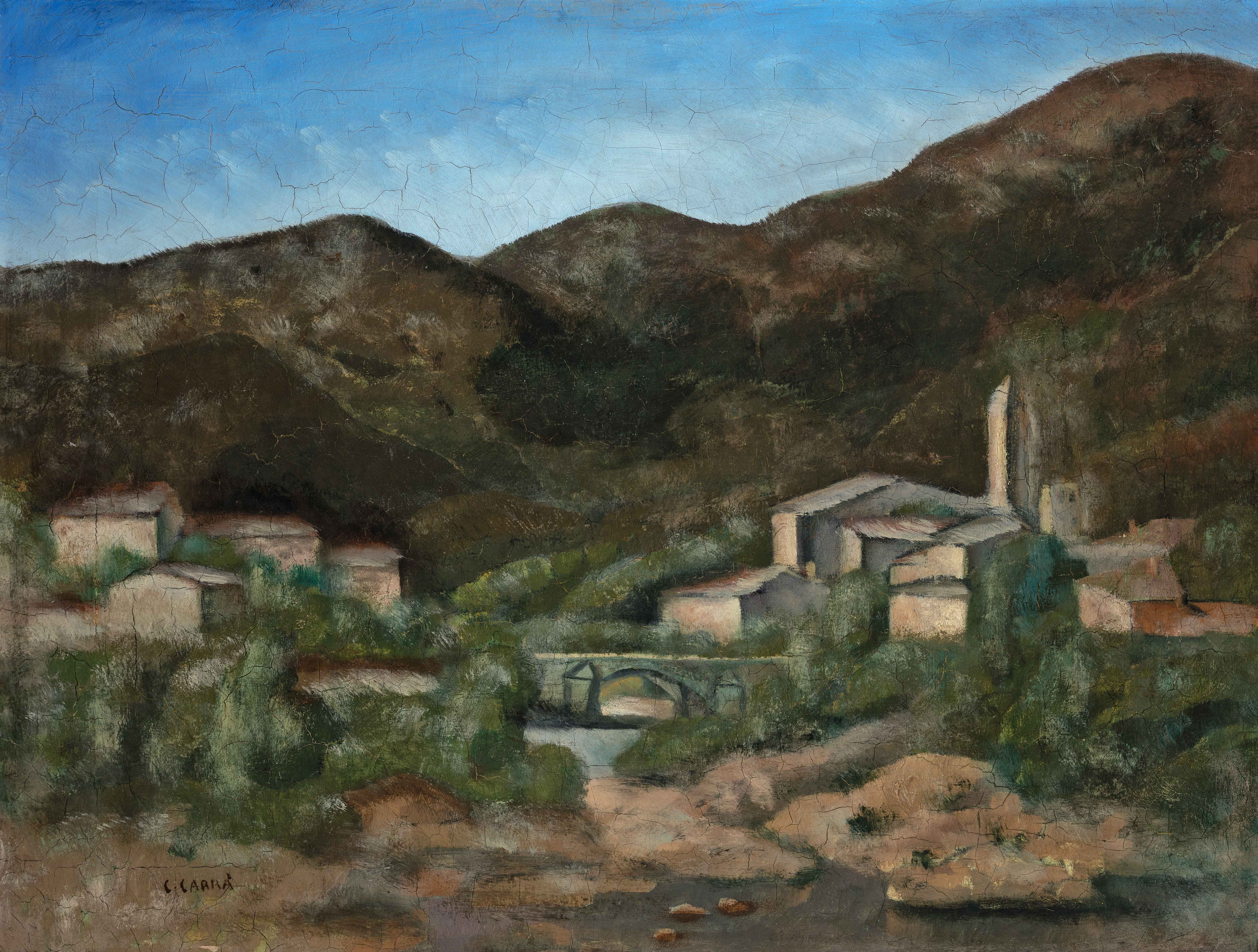 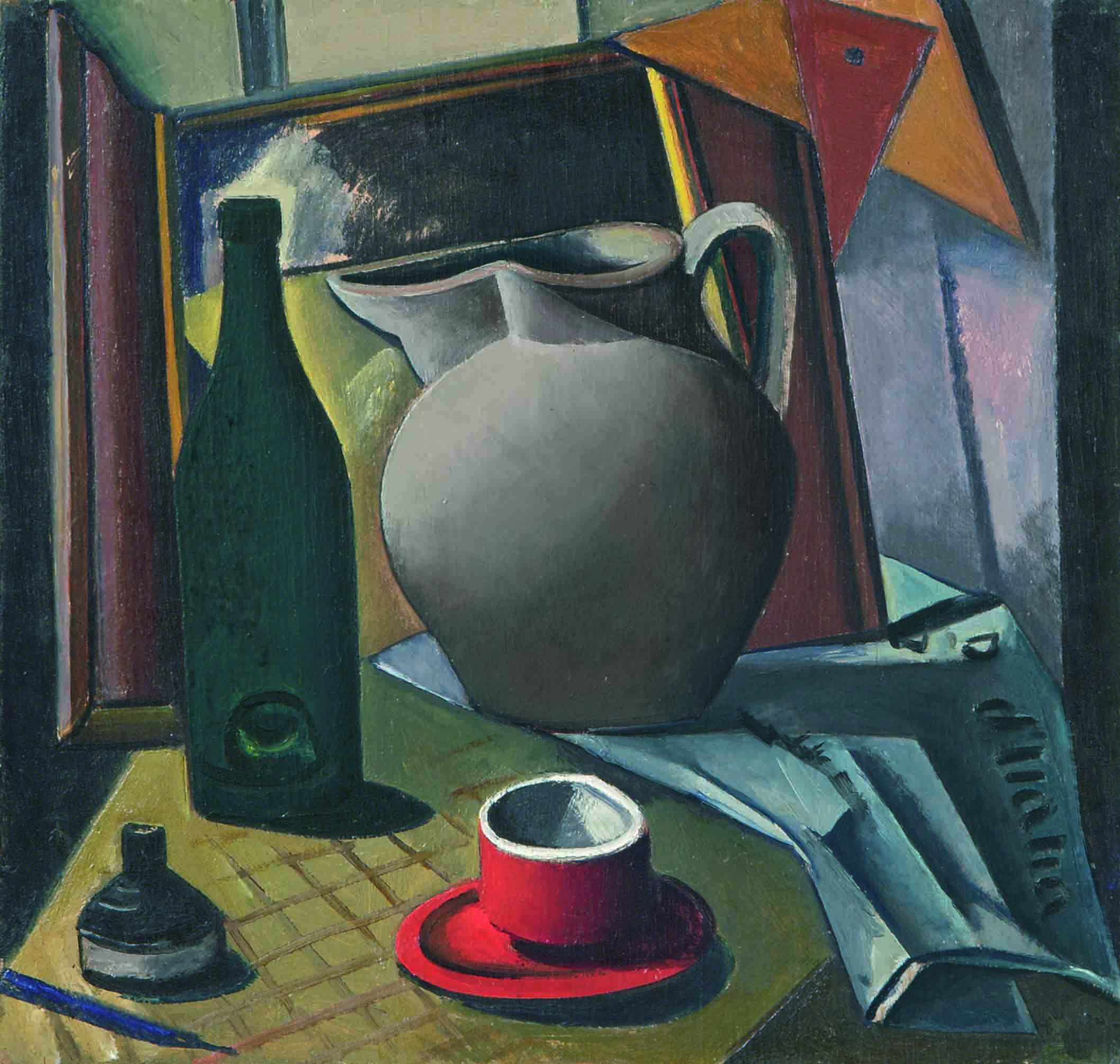 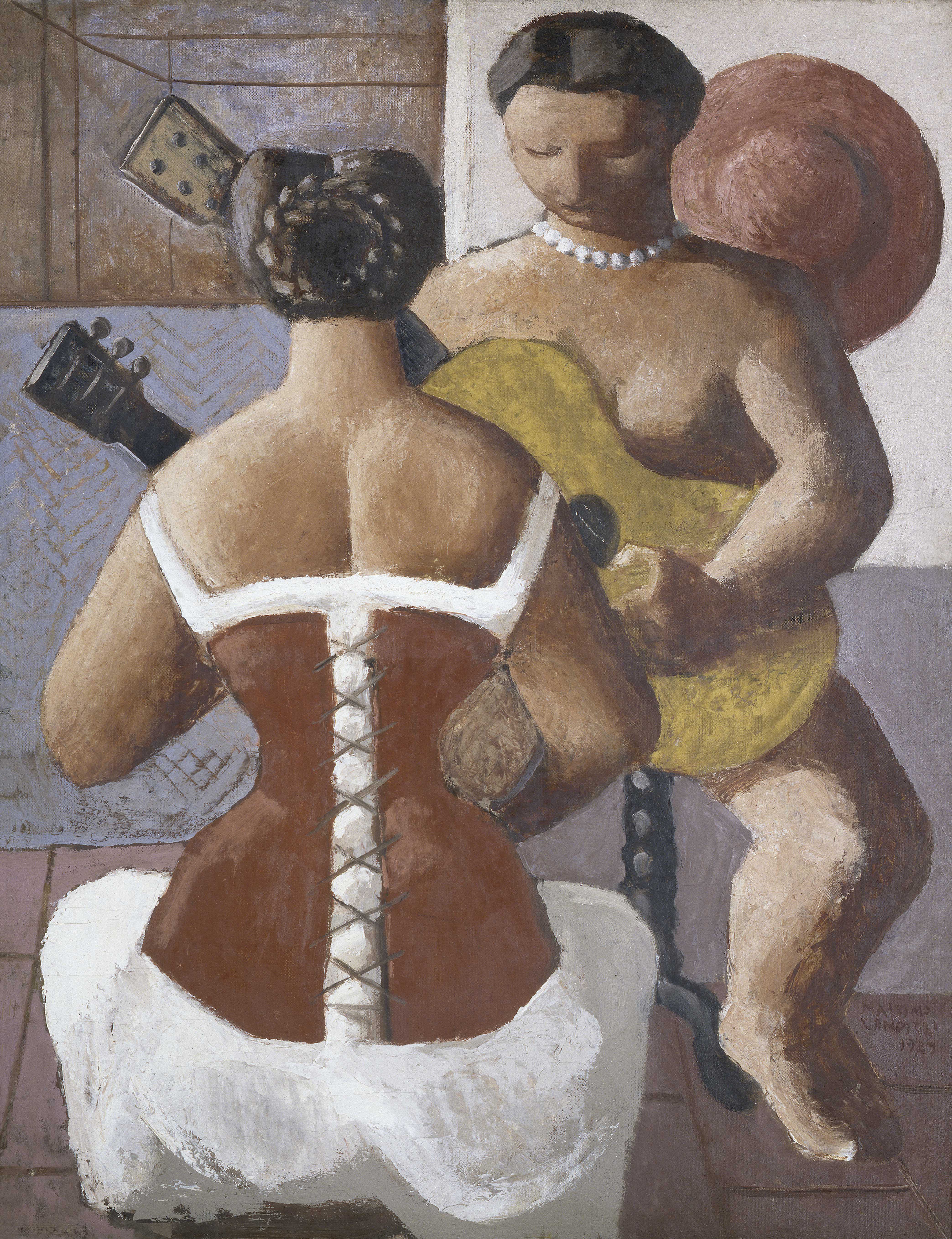 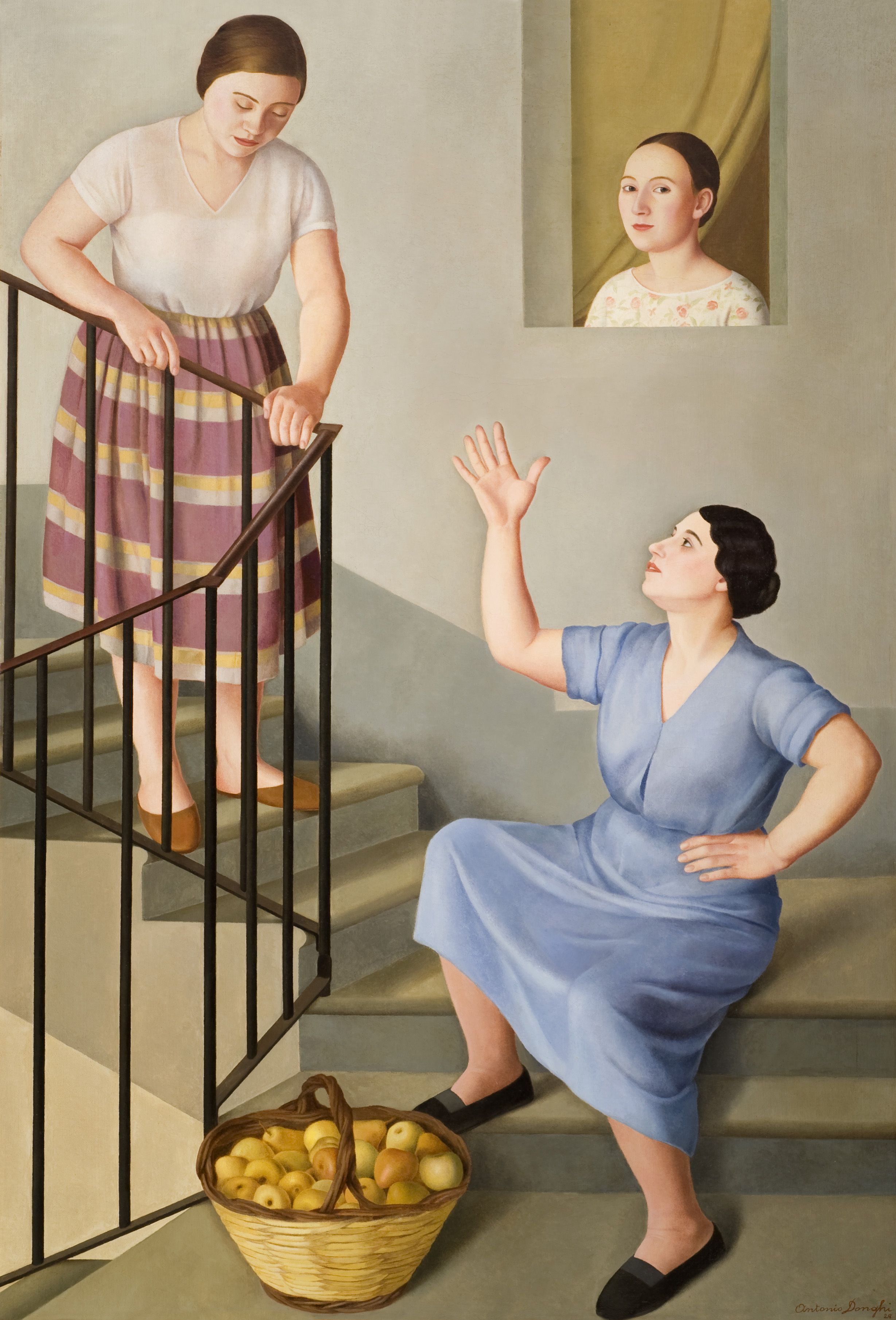 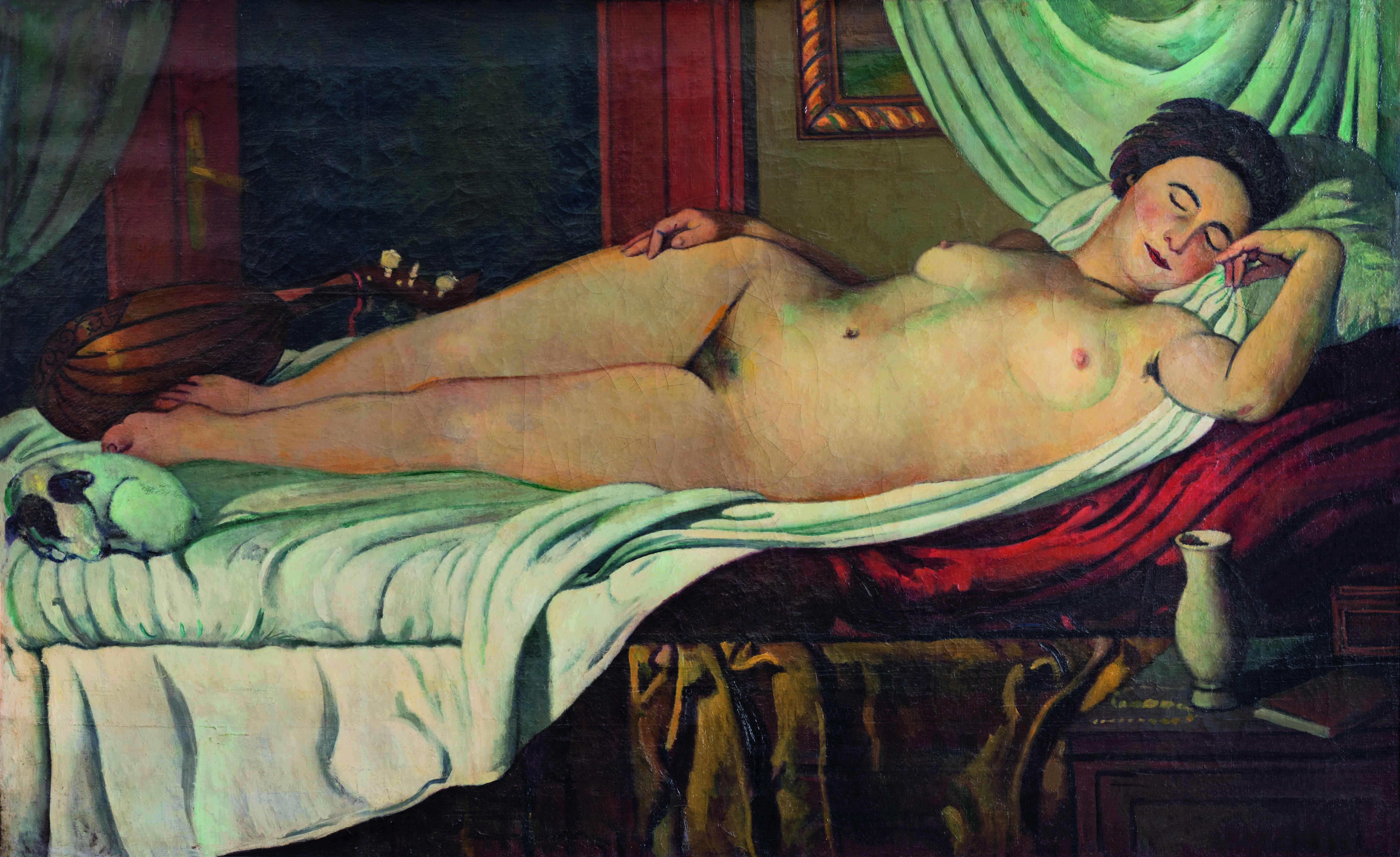 Following the Great War, practically the whole of Europe witnessed a return to order, security and serenity, something offered by beauty and classicism. Italian artists such as Giorgio and Andrea de Chirico and Gino Severini, among others, turned their attention back to the Renaissance and classical traditions as their template for returning to a place and time dominated by the values of splendor, perfection and harmony. There are over one hundred works in the exhibition Return to Beauty. Italian Masterpieces from the Interwar Period, can be seen through June 4 in Madrid.

With this exhibition Return to Beauty. Italian Masterpieces from the Interwar Period, Fundación MAPFRE wishes to round off the series dedicated to this period of the history of Italian art which began in 2013 with Macchiaioli. Impressionist Realism in Italy and was followed up last year with the exhibit From Divisionism to Futurism. The Dawn of Modern Art in Italy. On this occasion we have moved forward in time and focused on those Italian artists who, in the early decades of the 20th century, turned their attention back to the Renaissance and classical tradition as their template for returning to a place and time dominated by the values of beauty and harmony.

Metaphysical painting, Novecento and “magic realism” are the fundamental trends from which Italian art was to be developed and configured. But also the art of other painters who, in Europe and America, were also harking back to the past, albeit employing a modern language. Following the Great War, holding the most radical avant-garde movements responsible for the historical, moral and cultural disarray, the prevailing consensus in Europe was the need for a “return to order”, getting back to tradition, security and serenity, something offered by beauty and classicism.

The return to tradition was accompanied by craftsmanship and the genres, which had seemed to be definitively abandoned, took their place: portraits, urban and industrial landscapes, the still life, the nude… but also motifs of a clearly allegorical and symbolic value – such as motherhood, childhood or the ages of life – were interpreted in a language inspired by tradition, yet produced in a modern key. There are well over a hundred representative works here by both key artists of the metaphysical painting school – Giorgio de Chirico and his brother, Alberto Savinio, Carlo Carrà, De Pisis or Giorgio Morandi – and the artists of the Novecento group – Mario Sironi, Leonardo Dudreville, Achille Funi, Anselmo Bucci, Ubaldo Oppi, Piero Marussig and Gian Emiliano Malerba. There are also works by those who steadfastly advanced toward what we know as magic realism, the fruits of which are partly linked to the German art movement New Objectivity, with the most noteworthy being Felice Casorati, Antonio Donghi, Ubaldo Oppi and Cagnacio di San Pietro. In addition, there are works by other artists who do not belong to any of these movements, yet fall within the scope of these styles: Pompeo Borra, Massimo Campigli, Gisberto Ceracchini or Marino Marini are some of them. 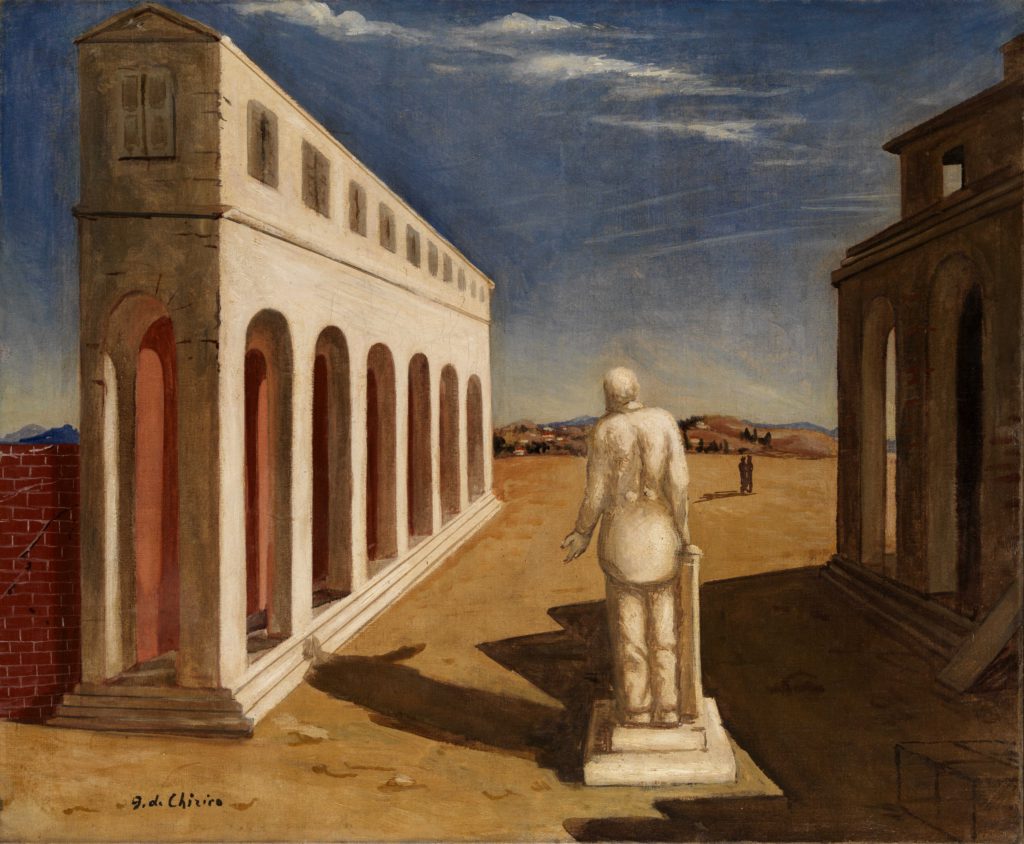 Meticulous care, simplicity and shunning dark themes set the tone for the style of these artists

The father of metaphysical painting and defender of an art form reminiscent of the great classical and Renaissance traditions, way back in 1910 Giorgio de Chirico’s art was already a precursor of that sense of nostalgia that was to permeate the whole European painting scene throughout the 1920s and 1930s.. After studying in Munich and visiting Paris, Chirico moved to Ferrara, where his brother Alberto Savinio lived, staying there between 1915 and 1918. This city and its atmosphere definitively set out the path Italian art was taking. Between 1918 and 1919, Giorgio de Chirico painted his Malinconia ermetica, which is compared to some of the still lifes by Morandi, in which the Bolognese artist also introduces the idea of the painting within a painting.

The metaphysical painting period would come to an end in the 1920s, when its protagonists were attracted by a modern classicism and a return to craftsmanship. This led them to be inspired by the paintings of the great masters such as Giotto, Paolo Uccello, Piero della Francesca and Masaccio. Many other artists would follow in the footsteps of the metaphysical school and thus, in the head-andshoulders portrait Pompeo Borra did of his friend Achille Funi, we can see how the painter brings Giorgio de Chirico to mind by means of the architecture and statue in the background.

The fact is that these artists performed modern classicism based on contemplating the old masters: meticulous care, linearity an  finishing in the drawing, simplicity in the compositions and shunning anything that could prove rather dark or passionate, are some of the principles that moved them. Thus, with one eye on Cubism and the other on the classics, they created an art form based on the world of ideas, rather than the world of feelings and sensations.

NOVECENTO1922 saw the birth of a group of painters brought together by Margherita Sarfatti and known as Novecento. Founding members included Mario Sironi, Achille Funi, Leonardo Dudreville, Anselmo Bucci, Ubaldo Oppi, Piero Marussig and Gian Emilio Malerba. Residents in Lombardy, they opened their first exhibition on March 26, 1923 in the Lino Pesaro gallery on Milan’s Via Manzoni. However, they were not officially recognized as a movement until they held a group exhibition at the Venice Biennale a year later. Sironi presented four paintings with figures, among them Architetto, 1922-1923 and Nudo con fruttiera (Venere), ca. 1923. In the former, the Corinthian capital, the vessel, the compass and the emphatic shapes all symbolically take us to a distant, eternal past.

During the 1920s the interest in the objective reality of the Italian artists resulted, among other things, in a “return to craftsmanship”, which also implied a return to the traditional painting genres, with portraits and still lifes becoming particularly prominent. De Chirico referred thus to the portrait: “This custom of presenting subjects near doors and windows was profoundly followed in the past, but this is something that modern artists […] have still not properly understood,” he stated in 1921. Ritratto di fanciulla (Testa di fanciulla), from 1921, is one of these works inspired by the painting of the Cinquecento, the successor to the paintings of Dürer, Michelangelo or Raphael.

Another artist who clearly learned from the classical painters is Felice Casorati, who not only focused on the essence of the forms and on geometry, but, above all, on the feeling of stupor that impregnates portraits such as that of Antonio Veronesi and the best known, that of his wife Teresa Madinelli, 1918-1919. Antonio Donghi, Ubaldo Oppi or Piero Marussig likewise signed up to this taste for the classic portrait style, but it is the Etruscan heritage of Massimo Campigli which most stands out in this modern look atthe past. To cite one example, Le due sorelle, from 1929, which can be seen in the exhibition, even reproduces, at a technical level, the treatment of the material, dry and opaque like a fresco.

The still life also became an exercise for the painter wishing to concentrate on the nature of things and to focus his work on depicting, transmitting the appearance of objects. This is the case of Morandi, for whom the still life became the focal point of all his painting. Bottles, candelabras, the coffee grinder of Natura Morta (1929), are practically a pretext for talking about the pictorial language, a silent world of painting, on permanent standby.

After his brief foray into Futurism, Mario Sironi settled down definitively in Milan. Around 1910 he produced a series of landscapes, views from the periphery, in which the marked geometrical forms and the ochre and gray colors express an implacable solitude. The streets of the cities, buildings, pedestrians, bridges, nature, the portrait, the nude and the still life are recurring themes of this new representation, in a sort of allegory of the real world which ends up producing in us a sense of unease and, in many cases, melancholy. In this case, this is not for what has been lost, but rather for what it would seem is not going to prove possible.

INTEREST IN THE NUDE

For both Italian and European – and even American – painting of the 1920s and 1930s, the nude became one of their dearest motifs. The nude allowed them to undertake that long-awaited quest for beauty and, in addition, delve deeper into that fresh look at the human being which characterized the themes of the “return to order”. Think of the American artist Edward Hopper.

In Italy, the clearest example of this interest in the nude is perhaps Felice Casorati, who produced a series of paintings where the female nude is the subject of a personal reinterpretation of past encounters. In one of his best known works, Concerto, from 1924, the tension of the present time affords the painting an almost magical dimension.