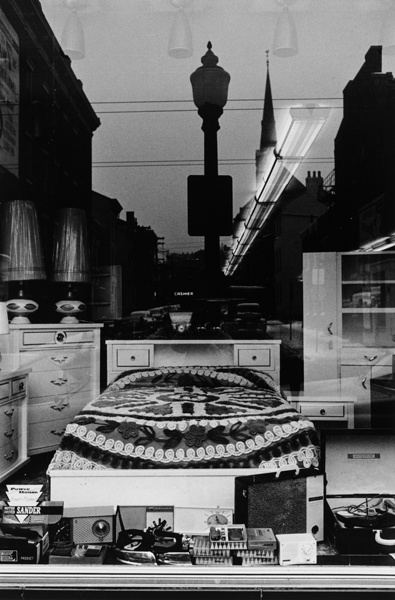 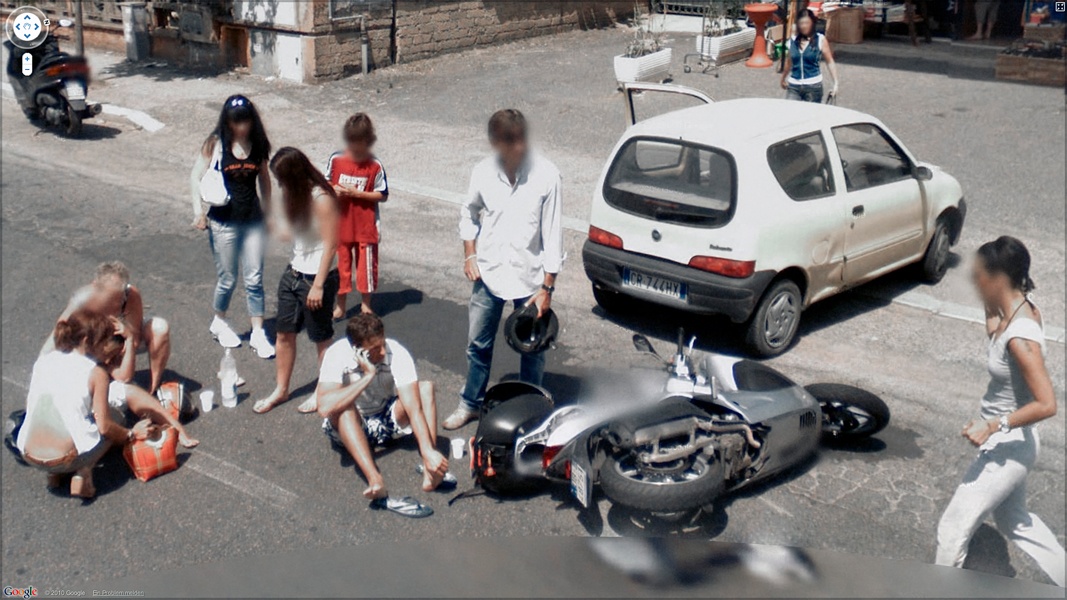 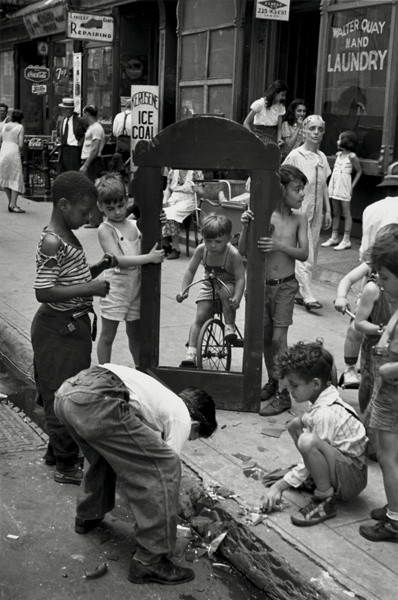 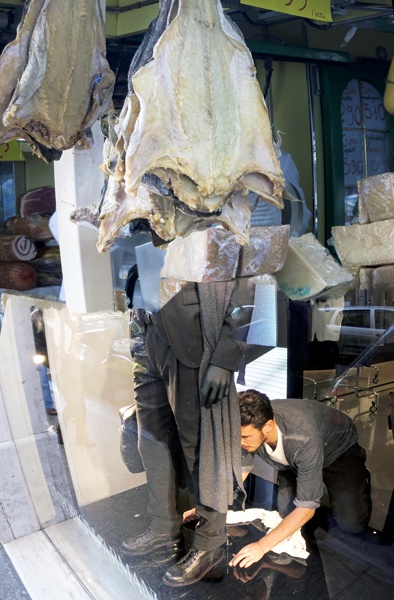 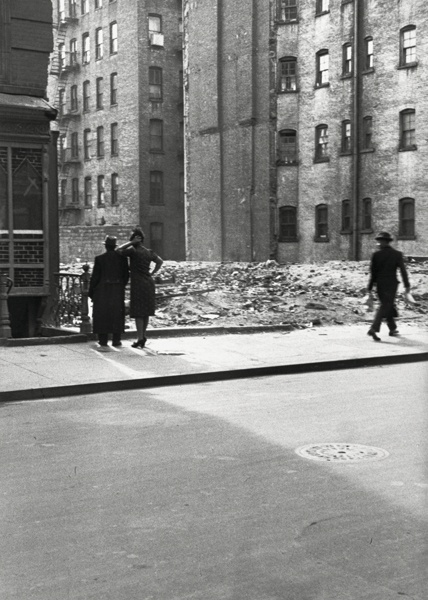 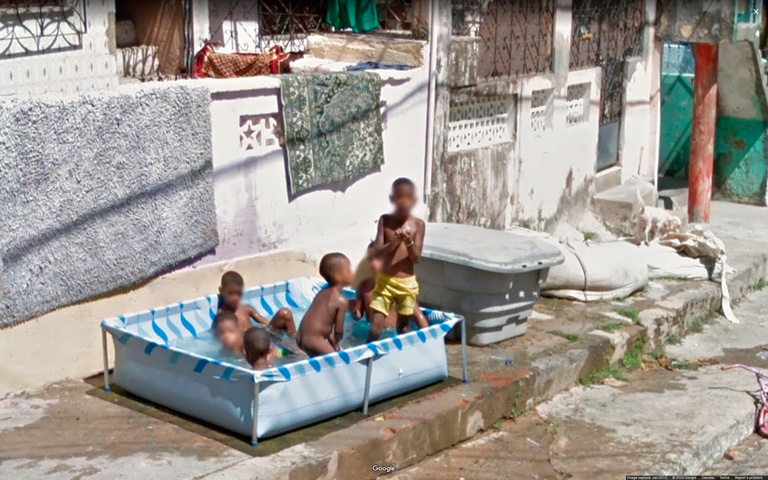 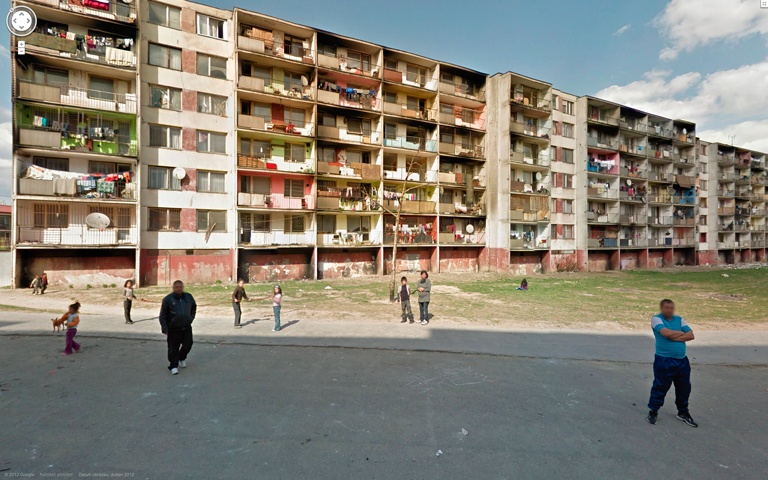 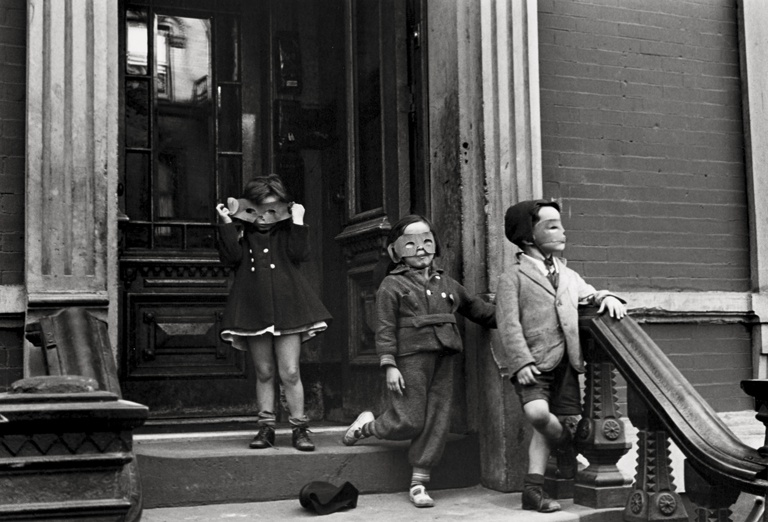 The exhibition Resonancias. Colecciones Fundación MAPFRE, which can be visited from May 26 to September 4, 2022 in Espai2 at the KBr Photography Center in Barcelona, is conceived as a sort of experimental manifesto that investigates what images of the past tell us and how they resonate in the present. The objective is to select a series of works from Fundación MAPFRE’s photographic collection —especially rich in classic American artists— and to find their reverberation or resonance in contemporary photographic practices. It is not, therefore, a question of limiting the selection of works to a certain curatorial criterion, but rather of speculating pedagogically on the transition from photography to postphotography.

Lee Friedlander (Aberdeen, 1934) is known as the portraitist of the “American social landscape”. In his images, in which he emphasizes chance, the author proffers an objective and unprejudiced view of the streets of New York and other American cities. A landscape, that of the street, and a social network that also interests the artist Miguel Ángel Tornero (Baeza, 1978).

Tornero’s random series are an exercise repeated in different cities, in which the artist takes photographs of his daily life in an instinctive and intuitive way. Later, the author uses software to conceive panoramas by linking several shots, but perverts the rules and introduces unconnected images that the program has to adjust. The result is a sort of surrealist “exquisite corpse”, a disordered or “deconstructed” collage that requires the viewer’s effort and full attention in order to give it meaning.

Both Garry Winogrand (New York, 1928-Tijuana, 1984) and Joachim Schmid (Balingen, Germany, 1955) find their source of inspiration in the street. In 1975, the latter published a book entitled Women are beautiful, a testimony to women’s liberation. These photographs “resonate” with Schmid’s series: L.A. Women, where the author aims to restore images and give them a new meaning that highlights the scourge of feminicide and the violence that women suffer today. The photographs in this series portray faces with bruises, cuts and wounds, of which the cause is unknown. Everything is enclosed within these images, and everything is perhaps too much. In this sense, Schmidt advocates an image ecology. The critique is served, the oversaturation of snapshots makes us contemplate something that morally we should reject, as a motif of everyday life, just a mouse click away.

Helen Lewitt (New York, 1913-2009) was, before Garry Winogrand, one of the pioneers of Street Photography. As if the artist were removed from the action, she shows us children and adults living on the streets of New York after the 1929 crash, in neighborhoods like Harlem and the Lower East Side.

In 2008, John Rafman (Montreal, Canada, 1981), began collecting screenshots taken from Google Street View, which indiscriminately takes photographs of the street from a supposedly neutral point of view. By isolating these images and later exhibiting them in different exhibitions or grouping them in books, uploading them on blogs and other websites, the artist gives them back a meaning they previously lacked. It also highlights the role of the artist in relation to the rise of the various automatic forms of cultural production.

Robert Adams (Orange, New Jersey, 1937) was an excellent portraitist. In the late 1970s and early 1980s he documented the day-to-day lives of citizens living near the Rocky Flats nuclear weapons plant in Denver. There is something zombie-like about these characters who walk the streets and go about their daily tasks knowing that they are exposed to a danger they cannot see.

Paolo Cirio (Turin, 1979) is one of those artists who uses a critical approach to highlight the conflicts, contradictions and complexity of the information society. In Street Ghosts, the artist cuts out images of people taken from Google Street View screenshots and prints them, in life-size, and sticks them on the walls of public buildings, in exactly the same place they were when he selected them. Once placed, these “ghosts” question us from their walls about different issues: from the right to privacy to the symbolic replacement of the real by its representation.

The gallery of portraits that Diane Arbus (New York, 1923) has produced throughout her career is characterized by being composed, for the most part, of a succession of strange, eccentric and marginalized characters who do not comply with social canons. Contemplating them is not always easy, and even uncomfortable, as it forces the viewer to confront an otherness that they might prefer to ignore.

Juana Gost (Soria, 1987) also focuses on the other, but instead of searching for this in the street, she finds it on platforms such as Instagram, Flickr, Fotolog, Picassa and Photobucket, from which she randomly extracts images of people who ar e scarified, tattooed, pierced, with extreme implants or anorexia. These are what she calls “communitarian identity profiles of the capitalist underworld”. What Arbus sees as a burden to be borne and which provokes rejection, in the post-photographic era this becomes a symptom of identity exceptionality and is therefore subject to the choice of each individual, who toda y understands the breaking of the rules as an essential imperative.

Since the 1960s, the work of Emmet Gowin (Danville, Virginia, 1941) has been largely devoted to his family, his wife Edith and his children Eliah and Isaac. The artist makes the family album and his daily life his artistic life project, which he transmits with a touching closeness and naturalness. Quite unlike the furtive gaze of a paparazzo who intrudes into the private lives of others.

For years, Kurt Caviezel (Chur, Switzerland, 1964) hacked into thousands of surveillance cameras around the world and compiled an archive of more than 5 million graphic screenshots. In the series The Users, he has gone a step further: he has tapped into the computer webcams of users around the world and observed their video conferences, almost like a pathological voyeur. These images of espionage highlight the end of privacy in the age of surveillance. If a simple artist turned hackerazzo can penetrate our private domains, what can intelligence agencies and large corporations do with the unlimited technological resources at their disposal?