740 individuals or institutions from all over the world were nominated for one of the four categories of the Fundación MAPFRE Social Awards in this latest edition, 85 percent more than the previous year.

This growth figure clearly reflects the rising interest and increasingly international nature of these awards, which seek to highlight their good work and thank all those who, in their daily endeavors, devote time and effort to others, to the society as a whole in which they live. The second, also very important, conclusion is that an ever-increasing number of people are committed to change in order to improve the world around us.

The ceremony was presided over by Her Majesty Queen Sofia, who, in turn, had received a Fundación MAPFRE award in the previous edition, and hosted by the journalist Pedro Piqueras. The event was also attended by Juan Ignacio Zoido Alvarez, the Spanish Interior Minister. These are annual awards with prize money totaling 120,000 euros and their aim is to recognize the work of institutions and individuals that strive to improve society as a whole. 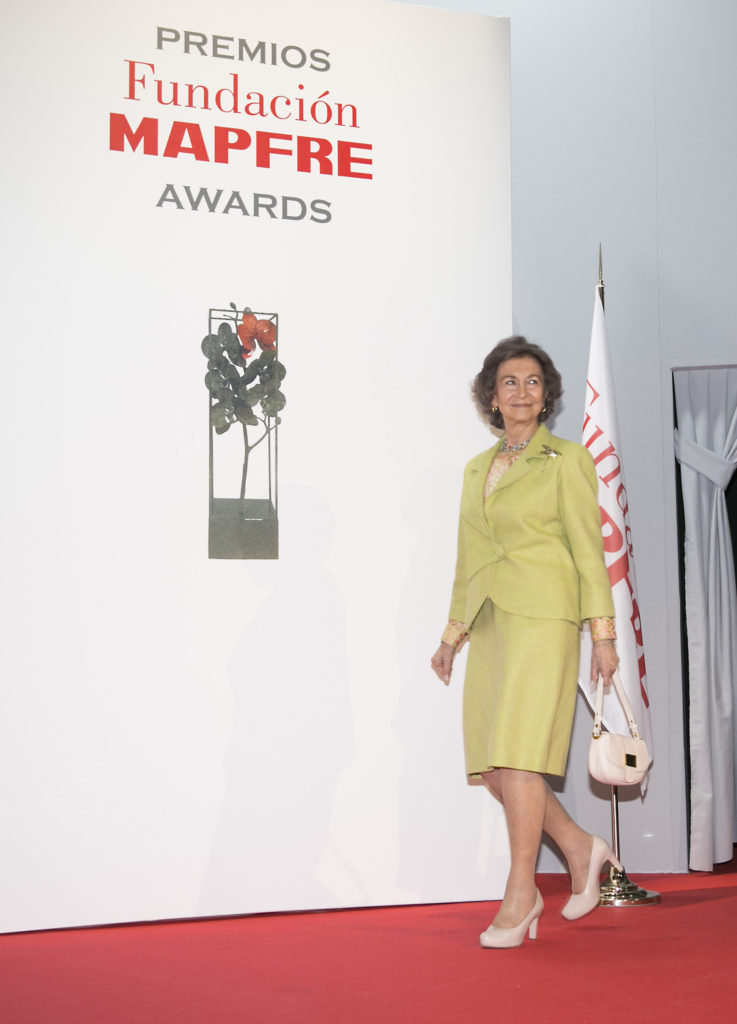 This year, the Award for the Best Accident Prevention Initiative was granted to ALSA Grupo for its program World Class Driver, a series of measures designed to continually enhance the knowledge and skills of its drivers, underscoring strict compliance with all traffic and safety regulations, particularly as regards speed limits. The result has been a 35 percent reduction in the number of accidents. Jorge Cosme, chairman of the multinational transport company, expressed his gratitude for an award that “will provide a new stimulus to further improve our safety program.”

“We have challenged ourselves to leave the world a better place than the one we were born into,”confessed the entrepreneur, filmmaker and philanthropist Paco Arango on collecting the distinction received by his Aladina Foundation. The Best Social Action Initiative Award was for its psychological care program for children and adolescents with cancer, and their families. “Apart from the economic value of this award, which is just what we need, it is most important that our work is recognized, as this is the only way that Aladina can keep growing,” Mr. Arango declared.

The mentally ill and homeless people were the protagonists of the prize for the Best Health Promotion Initiative, which Queen Sofía presented to Project HELP, directed by Dr. Luis Rojas-Marcos. During his speech, the doctor stressed that “the merit should be shared with many others who played an essential role in its creation, and who believed in the therapeutic, humanitarian and moral value of this mobile crisis intervention model to bring relief to thousands of mentally ill, neglected people.” Thirty years after its launch in New York City, this program caters to the needs of 11,500 patients each year. Its effect has mushroomed, thanks to the model being reproduced in major cities throughout the United States and Europe. “In the end, the most important lesson I’ve once again learned these days is that our daily task consists in helping each other, and that the best business is the common good,” Dr. Rojas-Marcos stated.

The José Manuel Martínez Lifetime Achievement Award went to Valentín Fuster, for his 40-plus years in the field of researching and actively fighting cardiovascular diseases. “I feel extremely proud to receive such a prestigious award for my whole professional career from Fundación MAPFRE, which in the past has been granted to people I profoundly admire, such as Her Majesty Queen Sofia and Placido Domingo,” the doctor confessed. In his acceptance speech, Fuster admitted that he found it difficult to recall 40 years of medical research as something personal, “especially when one is well aware of the importance of one’s collaborators.”His latest projects are aimed at stemming the rise of cardiovascular diseases through education on a healthy lifestyle, the study of nutrition, obesity, hypertension and controlling one’s emotions. “If we want the world to change, we must support young people; young people are the future,” he concluded.