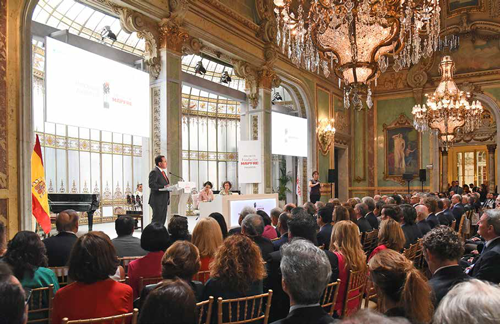 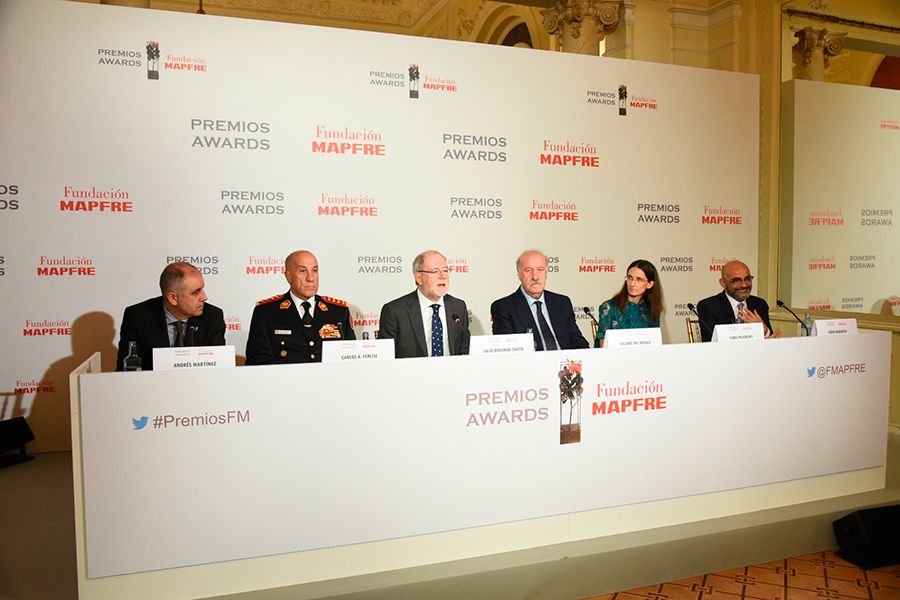 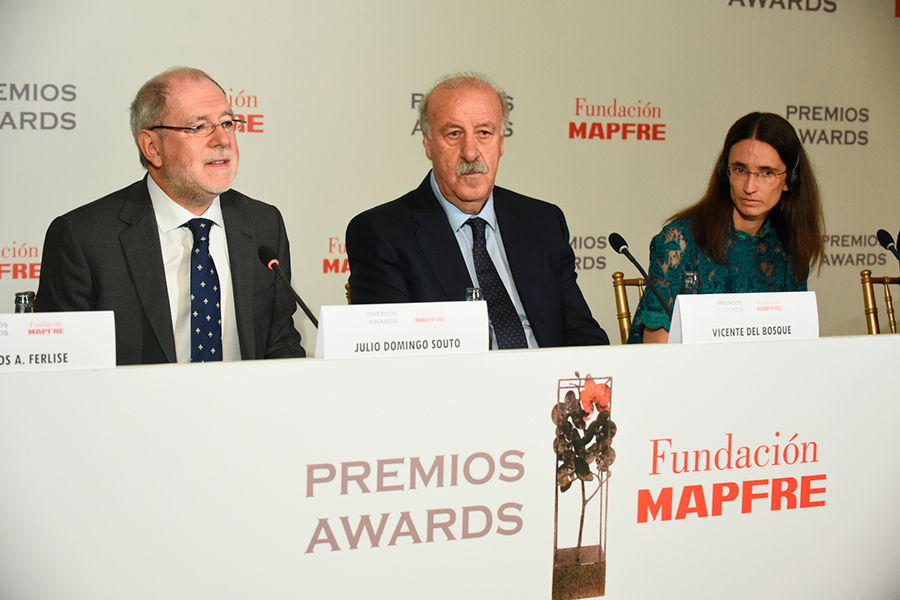 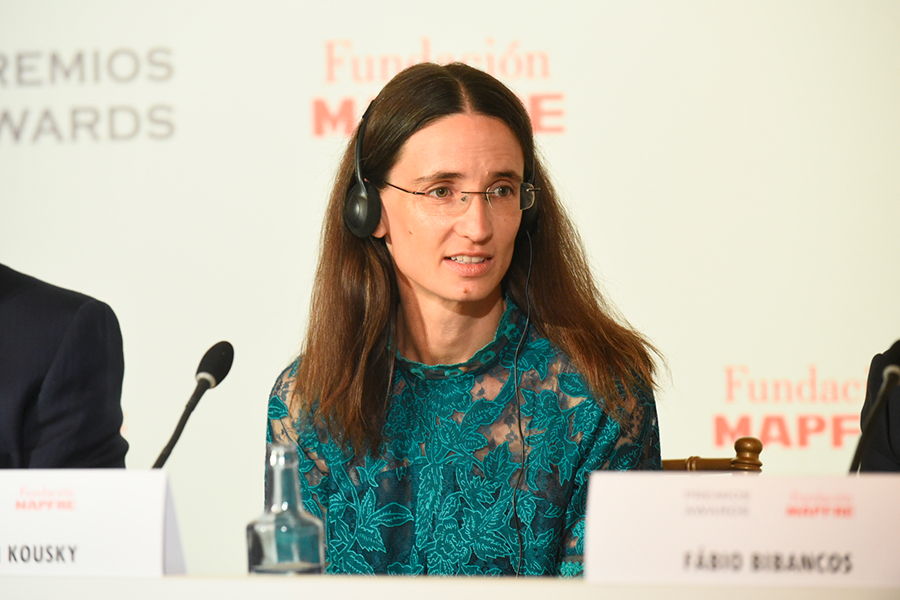 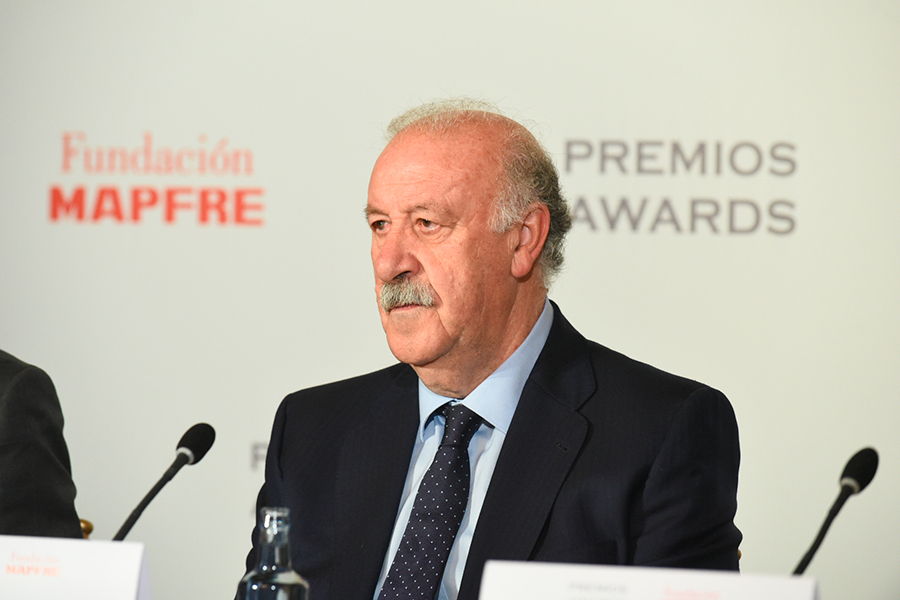 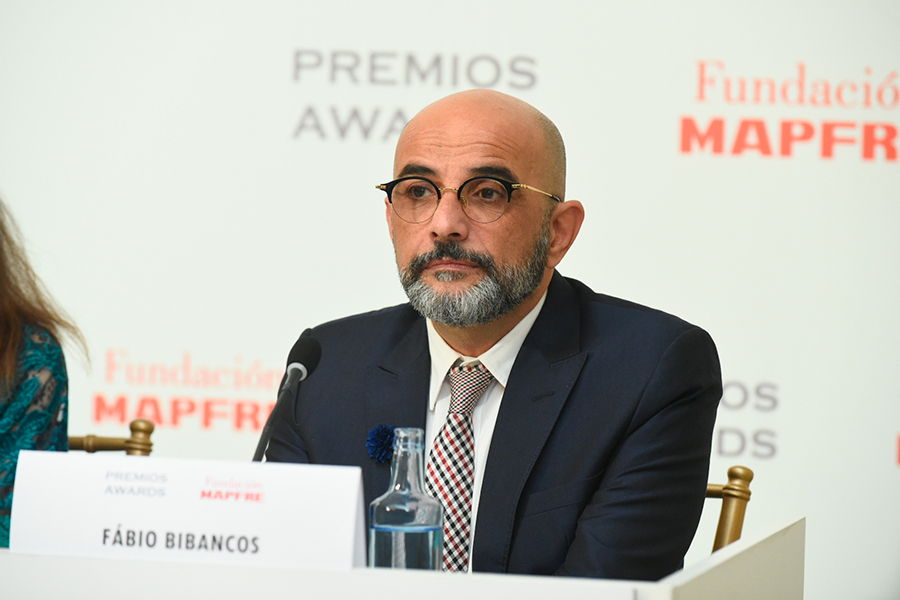 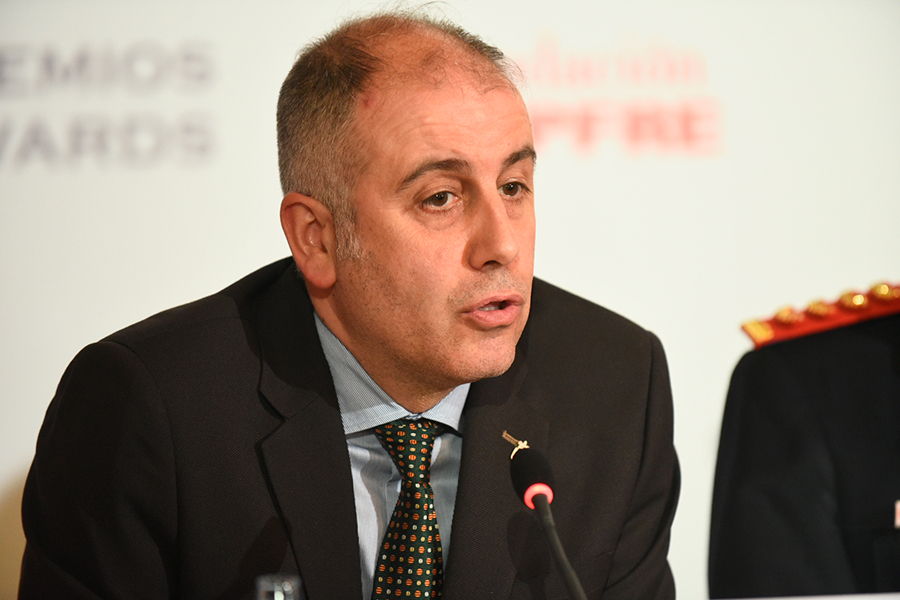 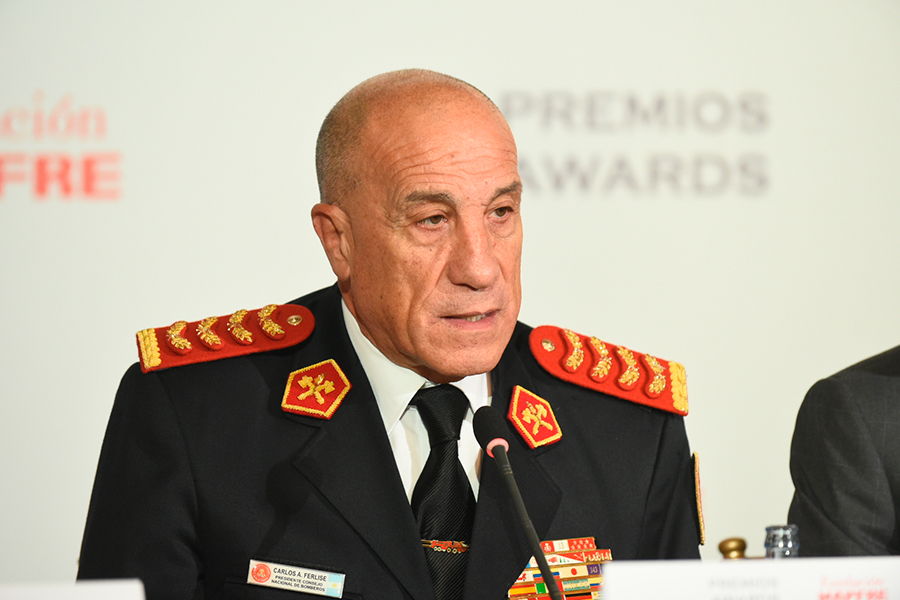 This is already the tenth edition of the Fundación MAPFRE Awards. Over this decade, the awards have acquired tremendous prestige, evidenced by the list of distinguished winners. But, above all, success marked by an ever greater participation. No less than 884 nominations were received for this latest edition, between individuals and institutions, compared to 740 in the previous edition. Indeed, it is increasingly difficult to pick winners among so many interesting projects. And yet, at the same time, this is an increasingly gratifying task. Even more so when we see the quality of the projects presented, received from every corner of the world. With an ever-present enormous dose of solidarity and social justice.

The ceremony was presided over by Her Majesty Queen Sofia, accompanied on this occasion by Magdalena Valerio, the recently appointed Labor Minister, as well as by Antonio Huertas, president of Fundación MAPFRE. Hosted, as in the previous edition, by the journalist Pedro Piqueras, the event took place on June 14 at the Casino of Madrid. It started with a few words from Mr. Huertas, who stressed that these awards not only serve to discover and publicize the good work performed by the prizewinners, but also “to highlight the exemplary nature of what they do for the whole of society.” There was indeed a great deal of emotion in the acceptance speeches.

For example, when Vicente del Bosque came up to receive the José Manuel Martínez Lifetime Achievement Award for his commitment to society, outside of his sporting career. “This award is a responsibility, yet providing a fresh impetus, as it lets me celebrate not just my sporting career, for which I’m best known, but also my social activities on behalf of those most in need. In my career I’ve always striven to fulfill that minimum degree of social commitment that can be asked of any person,” this native of Salamanca declared. The former coach stated that “there comes a time in life when one enjoys giving much more than receiving.” “You have to appreciate difference, protect it and highlight it. No one is perfect and nothing is perfect. We must all be aware of this,” he concluded, remembering his son Alvaro.

Particularly emotional was the speech by Fábio Bibancos, founder of the Brazilian NGO Turma Do Bem, which received the award for the Best Social Action Initiative, for its project O dentista do Bem (Dentist for Good). He wished to remember his grandmother, who arrived in Brazil from her native Spain 100 years ago in a ship called Sofía. For him, this award, handed over by HRH Queen Sofia, was like coming full circle. A circle which now offers safe haven to 71,000 deprived children in over 14 countries. They all benefit from the fundamental goal of this project: to facilitate the social inclusion of underprivileged children and youngsters aged 11 to 17, by offering them dental treatment provided free of charge by the 17,000-plus dentists who form part of the organization. 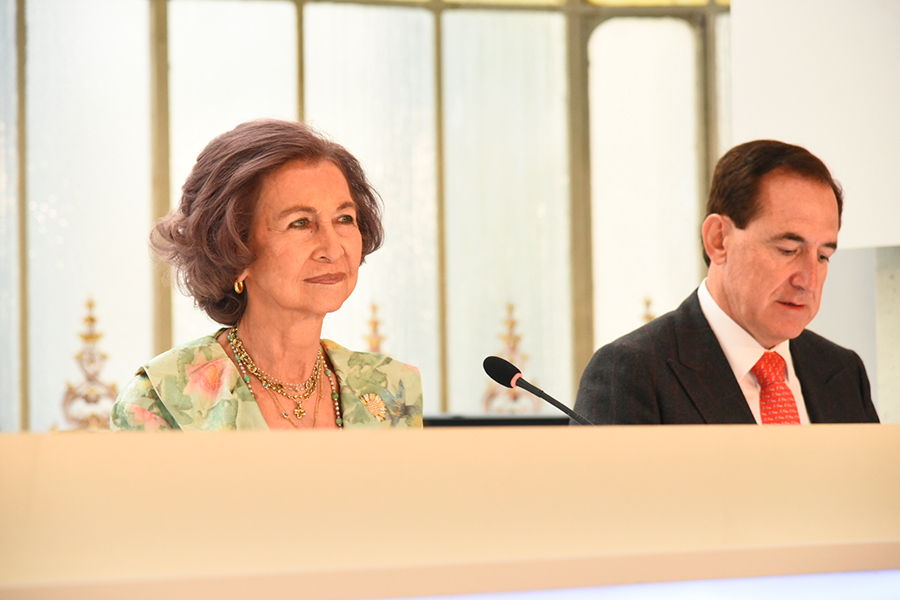 Carlos Ferlise, president of the Organization of American Firefighters, picked up the prize for the Best Accident Prevention Initiative. He insisted that “the men and women who leave home really early without knowing at what time they will return” are passionate about their work. He added that the prize money – 30,000 euros – would be used to enhance the training of OAF members.

The Award for the Best Health Promotion Initiative went to the EHAS (Enlace Hispano Americano de Salud) Foundation. This Spanish NGO – comprising the UPM (Polytechnic University of Madrid), Engineers Without Borders and the URJC (King Juan Carlos University) – strives to improve the health conditions of women isolated in rural areas. Through their Healthy Pregnancy project, they have treated over 16,000 pregnant women in the past five years. Thanks to their portable prenatal care kit, they have managed to reduce neonatal mortality by 38 percent and maternal mortality by 35 percent. The award was collected by María Jesús Ledesma, the foundation’s president. During her speech she declared that “MAPFRE’s recognition encourages us to keep working to prevent women worldwide having their sexual and reproductive rights violated.”

Policy Incubator is the project for which Wharton Risk Management and Decision Processes Center, University of Pennsylvania, won the Julio Castelo Matrán International Insurance Award. This award recognizes those entities which extend the insurance activity and foster economic stability. Carolyn Kousky, a researcher at this American institution, was the one who launched this project a year ago, and now picked up the award. In her speech she pointed out that, through this program, “they wish to radically transform the agenda of priorities.” Until now, “there was no incentive or entity willing to take daring, creative ideas beyond the assumption stage and run with them to promote their implementation.”