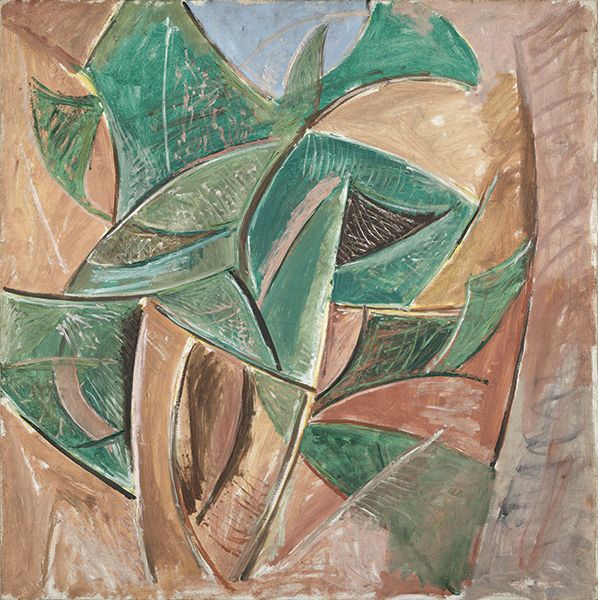 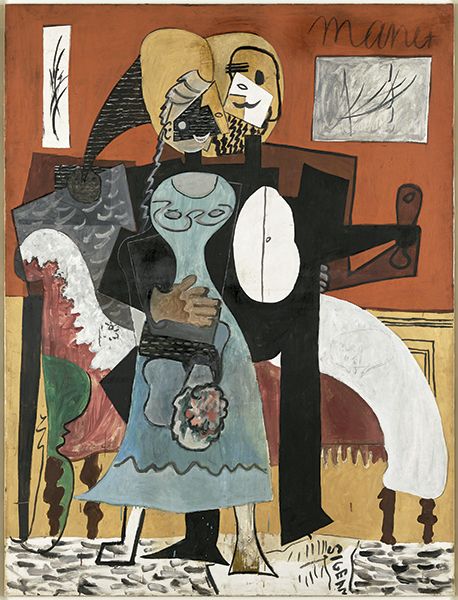 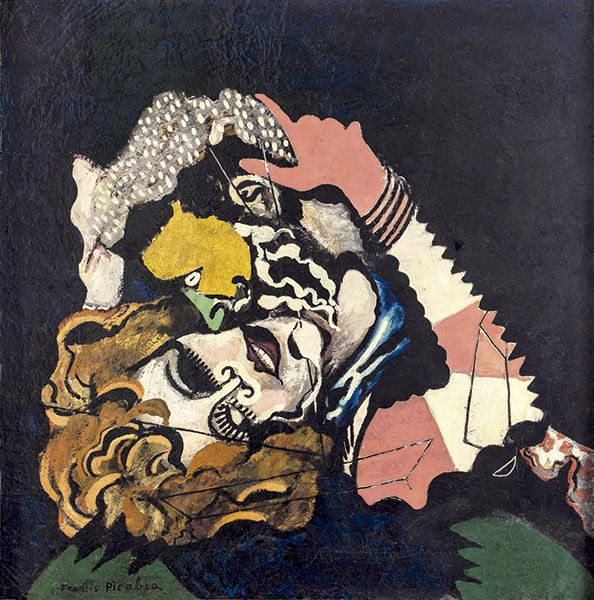 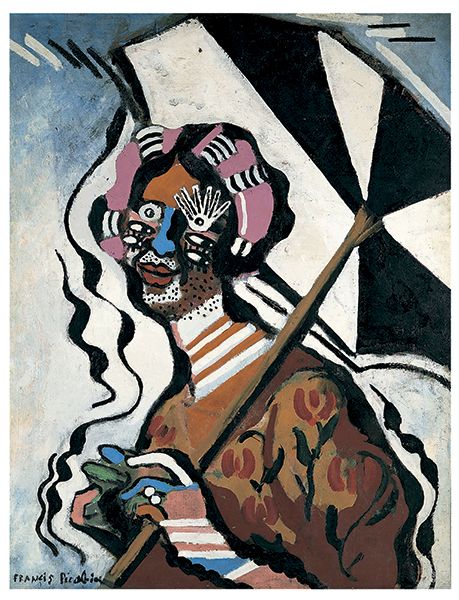 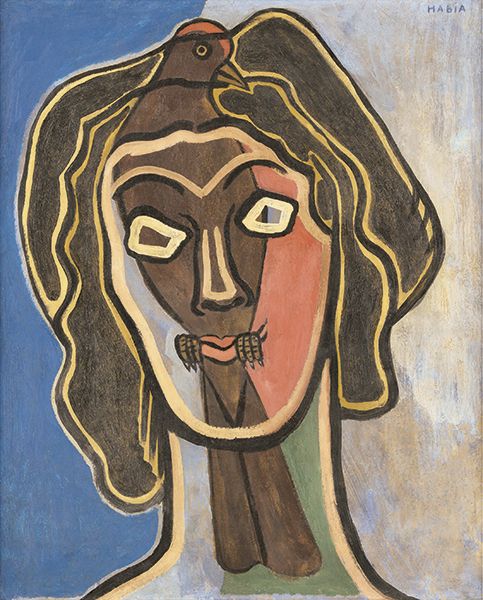 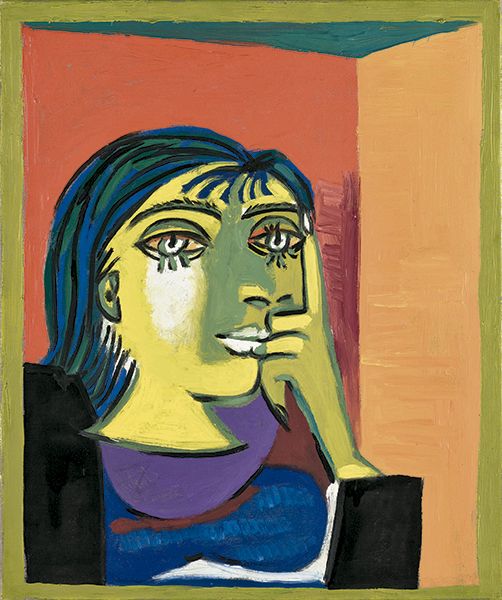 From October 11, 2018 through January 13, 2019 Fundación MAPFRE is presenting in its Barcelona exhibition hall (Casa Garriga i Nogués), Picasso-Picabia. Painting in Question, an exhibit dedicated to these two artists who are fundamental to the history of art, yet have never before been associated in this manner.

This exhibition is designed to offer a journey through the history of art from the emergence of Cubism around 1910, moving on to Dadaism in 1915 – of which Picabia is undoubtedly one of the prime exponents – and looking at the 1925-1928 period, when both artists shared a taste for what we might call “monstrous classicism”. The exhibition ends with a selection of their final paintings: whereas Picasso relentlessly returned to the human figure until his death in 1973, Picabia, whose career ended in 1953, reduced the act of painting to subtle monochrome works peppered with dots.

Comprising over 150 pieces (paintings and graphic arts) and archival documents (journals, letters and photographs), the dialog established here between the works by Picasso and Picabia will reveal the real or imagined links between them. These two artists of Spanish origin were often mixed up in their early days due to the similarity of their surnames – which caused confusion in the press when they were still not well known. But, first and foremost, they shared the desire to challenge the pictorial conventions laid down by the history of art, with both of them equally determined that the “assassination of painting” was the path they should take to rejuvenate it.

Picasso and Picabia did not maintain a close relationship during the early 1900s. Although they exhibited at the same gallery in 1904, they moved in very different circles and their paths barely crossed in that Cubist period of radical innovations between 1907 and 1914. In 1906, while Picasso’s language freed itself from naturalistic depiction and threw off the yoke of mimesis, Picabia was still painting natural landscapes inspired by the Impressionist masters, which he would gradually replace with the use of postcards, which he later adapted in his studio. 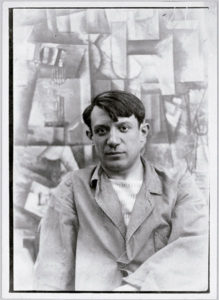 In the summer of 1908, Picasso painted landscapes with simplified geometric volumes and a reduced palette of tones limited to ocher, green and, sometimes, deep red, as in Paysage, coucher de soleil [Landscape, Sunset]. Picabia’s Spanish-style Jeune fille [Young Girl] of 1912 is still in a “primitive” style, which adopts the close-up view and construction in facets of one of Picasso’s works from the fall of 1908, Tête d’homme [Man’s Head]. However, it would not be until the following year that Picabia ventured down new modern avenues, inventing a lexicon liberated from Cubist orthodoxy constraints.

At the end of 1912, the Malaga-born artist made his first assemblages and his papiers collés, following in the footsteps of Georges Braque. His work Bouteille et violon sur une table [Bottle and Violin on a Table], from late 1912, includes a newspaper clipping in the shape of a bottle. Reading it forms part of this new vision in which the real object is called upon to play an increasingly important role.

During the years 1912-1915 Picabia and Picasso learned the “object lesson” in a different way. In the case of Picabia, however, reflection on a readymade form undoubtedly takes place through the title he gives his works. The painter subverts the word with phrases drawn from the dictionary .

In 1915 Picasso returned to the portraiture genre, somewhat relegated in favor of generic figures that summed up well the impersonality sought by Cubism, which he had practiced together with Georges Braque around 1910-1914. In this period he did portraits of many of his friends, such as André Bretón, Erick Satie and Max Jacob, among others. In the latter, he combined a reference to Ingres, through prodigious illustration and spatial illusionism.

That same year, Picabia traveled to New York for a second time. He was in touch there with the photographer Alfred Stieglitz and his coterie, and professed a new mechanical symbolist creed, based on the analogy between man and machine. This was the style adopted for the portraits of Guillaume Apollinaire and Louis Vauxcelles, the caustic critic of Cubism, who were depicted as machines between 1917 and 1919. It could therefore be said that the collusion between drawing and photography observed at that time, particularly in Picabia’s work, crystallized around a modest pastiche.

Dada: life and death of painting

The object, trivial and discredited in 1915, is the key to Picabia’s mechanical portraits, in which he eliminates any idea of resemblance. In February 1916, during the First World War, several artists formed a new movement in Zurich under the name “Dada”. Taking hold in Cologne, Hannover, Berlin and New York, before flourishing in Paris in the early days of 1920, Dada took advantage of Picabia’s immense power of provocation. 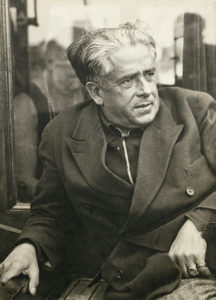 Although Picasso was rather skeptical about the movement’s much-trumpeted success in the French capital, apparently he frequently attended its manifestations. In 1920 Picasso alternated between Synthetic Cubism and the sculptural classicism of the paintings he produced in Fontainebleau, yet never lost sight of the transgression of his own means of expression. And so, in the 1920s, there are two works, one by Picabia and another by Picasso, with the same subversive nature. The former produced the sober Danse de Saint-Guy (Tabac- Rat) [St. Vitus’s Dance (Tobacco- Rat)], which consists of a simple framework with a few tautened strings and three pieces of paper which simply read “Danse de Saint Guy”, «Tabac-Rat» and «Francis Picabia», which absurdly accentuate the emptiness of the frame. In contrast, Picasso’s Guitare [Guitar] in 1926 maintains the presence of the object and the canvas, but the extremely paltry nature of its components – the coarse cloth, string, nails and screw hooks – conforms to his once expressed desire to “stick razor blades into the corners of the frame so that people cut their fingers when picking it up.”

After 1904, when Picasso settled down definitively in Paris, Spain reappeared frequently in his work. In 1905 he painted the portrait of the beautiful Italian Benedetta Bianco, Madame Canals, wearing a mantilla. In 1917 the artist painted a portrait of the French-Moroccan dancer Fatma, a work in which he combined the pointillist technique – recovering the decorative inspiration of 1914 – with the classic drawing lines of the non finito Ingres tradition, followed by the painter since 1905.

When Picabia exhibited portraits of “Spanish Women” in the Parisian gallery La Cible in 1920, he returned to a theme he had addressed since the turn of the century. In the artist’s work, the reference to Spain was consistently present, whether in paintings or in his poetical writings. In 1923, in a retrospective at the Galerie Danthon, 40 of the 123 pictures on display had a Spanish theme. Some “Spanish Women” were directly inspired by Ingres and others later on, such as this Espagnole à la guitare [Spanish Woman Playing the Guitar], were taken from postcard models.

After the First World War, Picasso persisted in the profoundly stylistic eclecticism that had characterized his oeuvre from the outset, enabling Cubism and Classicism to coexist. Without renouncing human representation in his painting, he turned to the object with an almost serial obsession. From 1918 onward, he exploited contrasting textures by introducing extraneous elements, such as the sand in Pipe, verre et masque [Pipe, Glass and Mask].

After 1921 and his break with Dada, Picabia initiated a period focused on analyzing in greater depth the notion of what is decorative. This approach led him back to abstraction, as can be seen in his 1922 exhibition at Galeries Dalmau in Barcelona. Picabia displayed there his latest works produced in a machinist style, although the artist readily included watercolor portraits of “Spanish Women”, thus combining, as usual, the most disparate styles.

After Dada, Picabia returned to traditional painting genres, but only to subvert them to an even greater extent. Falsification and contrivance were present in Picabia’s work from the very beginning. But these two fundamental features of his art reached unprecedented levels in 1924. Caravansérail, his only novel, written that year, seemed to anticipate the motifs of his series of paintings launched under the generic name of “Monsters”, inaugurating a new style, radically different from previous works. At this time he produced works such as Femme à l’ombrelle [Woman with a Parasol] and Les Amoureaux (après la pluie) [The Lovers (After the Rain)], the latter based on postcards depicting models pretending to be couples in love. 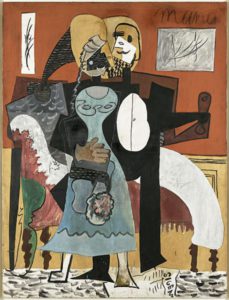 By then, Picasso and Picabia regularly spent their summers with their families in the region and, indeed, had a neighborly relationship. During this decade, Picasso’s work revealed a theme common to Picabia’s “monsters” in love, as well as a shared concern for the circulation and interchangeable nature of the visual elements, completely disregarding the nascent Surrealism scene (which both of them shunned).

In the mid-1930s, Picabia painted relentlessly, yet had time to organize galas and festivals in Cannes. At that time he alternated between figurative language and abstraction, such as in Habia II, in which feminine traits and curvilinear forms were superimposed with splashes of color.

In that same period, many of Picasso’s portraits of the women around him offer us a good idea of the intimate theater that always accompanied his art. In 1935 the painter separated from his wife Olga Khokhlova and began a new life with his mistress Marie-Thérèse Walter. That same year, Dora Maar entered his life and became the subject of many works. Within the frame, the model’s life is even transmitted to the object: certain colors, pieces of furniture or characteristic hats corresponded to each of them. Aware of the serial effect, he explained that he had “imprisoned them in this absence of gesture and in the repetition of this motif because I want to capture how flesh and blood changes over time.”

End of the match

Francis Picabia died in Paris on November 30, 1953. The end point that brought his production to a close is literal, for four years prior to his death the artist had started a new series of paintings called “Points”. In these abstract works, often of modest size, there no longer is any drawing or composition. These images of granular material and saturated color could nearly be “successful” monochrome works, were it not, precisely, for those points that dot the pictorial space.

Several years before the death of Picasso on April 8, 1973, the human figure remained the protagonist of his work: children or the elderly, women or men, are “motifs” that refer to a form of cryptic selfportrait. The works produced during the 1970-72 period, with a renewed formal lexicon, are meditations free of bombast, featuring a deep sense of the burlesque, about life and its finite nature. The strokes which build up the image depict women with fingers like bobbins and breasts like targets, as in Femme assise [Seated Woman]. 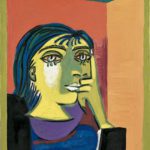 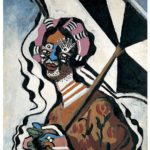 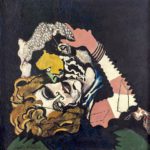 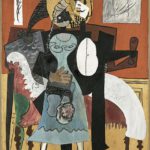 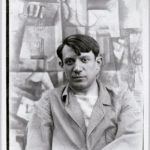 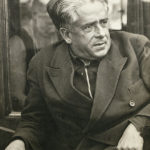 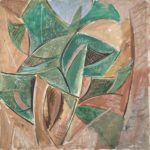 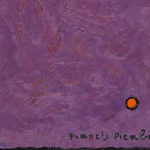