Another Way to Help 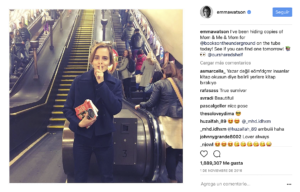 It is common for many young – and some not so young – people to grow fond of the actors who play their favorite characters, especially when they form part of such remarkable phenomena as the Harry Potter series. Luckily for her followers, Hermione Granger is strongly reflected in real life by the actress who interpreted the part, at least as regards her love of books. More than a year ago, Emma Watson launched Our Shared Shelf, a reading club open to the whole world, whose common thread is the feminist theme of the books.

To enter the group you just need to have an account on Goodreads, the book discovery social network. The English actress explains that this initiative arose after being named UN Women Goodwill Ambassador: “I want to share everything I’m learning and also to hear what you think.” It is a very straightforward system: each month, a book is selected for reading and everyone can then discuss it during the last week. We have also seen Emma Watson hiding books around the subway system, as part of the project Books on the Underground.

The last time, she distributed 100 copies of Mom & Me & Mom, an autobiography by the American woman Maya Angelou, at various locations on the London Underground. Can you imagine going to work and finding a book with a note inside? This states the sole condition: that, when you have finished reading it, you should leave it in the subway again for someone else to find.
More information at:
www.goodreads.com

Gathering of artists for a good cause

17 years ago María Entrecanales launched an initiative to help a few children at risk of social exclusion. Today Balia Foundation helps more than 5,000 youngsters in Spain and has over 120 workers and 330 volunteers. Under the title “Photographers with the Children”, the foundation organizes a biannual photography auction to raise funds for the support of children at risk of social exclusion. 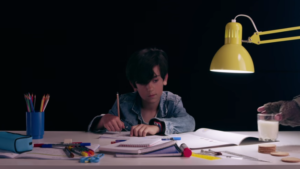 The latest edition of this auction in support of children in need was held on October 9at the Thyssen-Bornemisza Museum. The event consisted of a total of 20 works donated by winners of Spain’s National Photography Prize, such as Joan Fontcuberta, Chema Madoz, Alberto García-Alix and Isabel Muñoz, among others. The idea is to offer low starting prices to make the auction attractive, with all money raised being allocated to vocational training, school tutoring, sports projects, etc. In this third edition, moreover, a very special piece was auctioned off. The subject? There still is none. Alberto García- Alix will portray the person who made the highest bid for this work.
Further information at:
https://fundacionbalia.org/subasta.html

The sacred cat of the Andes 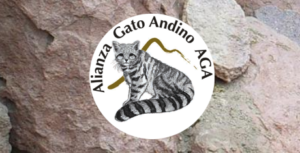 The use of wild animals in religious rituals forms part of the ancestral culture of the Andean peoples of Quechua, Atacama and Aymara origin. In particular, for these people, the Andean cat is a symbol of fertility and protection, and is closely linked to the so-called spirits of the mountains. This is a small feline living in the High Andes of Argentina, Bolivia, Chile and Peru, whose survival is under serious threat.

Ever since 1999, professionals in these countries have been working through AGA (Andean Cat Alliance) in an effort to conserve this species and its natural habitat. The aim is to further knowledge of this animal and its en vironment through community participation, conservation and research initiatives.

Among the greatest threats for the survival of this species is hunting, both of the Andean cat itself and the prey on which it feeds. AGA also combats inappropriate practices in the livestock, agricultural, mining or tourism sectors, as well as the major threat facing all living beings – climate change. Every possible effort is necessary to ensure the conservation of this majestic animal which, moreover, is a fundamental part of the shared tradition of the peoples of the four Andean countries.