Milton has a better future

In the midst of so much poverty there is an oasis in the Alianza district of Tres Isletas, Argentina, which offers its inhabitants education, health and food. And, above all, the possibility of having a future.

“Health is the basis for life. But education is the basis for changing reality.” So says María Alcira García Reynoso, a nun from the Jesús María Congregation and the director of the Jesús María Community Center of Tres Isletas, a municipality in the Chaco region of Argentina, which Fundación MAPFRE has been financing since 2004. She says this because she feels it. But, above all, because she has experienced it every day since she started working there in the year 2000. She has experienced it, for example, with Milton.

He was one of the first children to benefit from the center’s activities, from its dining hall, health center and school. Now, almost 17 years later, Milton is in his final year to become a Biology teacher. He is completing his studies in another town, far from Tres Isletas. To do so, he has a grant administered by the center, in addition to a job that helps him supplement his needs. “Milton has a real future. Because that is one of the first rights children should have: a good future.” He is not the only one who is already on the road to work. “Rosita Ujeda is finalizing her Arts degree course. And Eliana, Physical Education. And she deserves great credit because she is indigenous, from a different culture, and the effort she has to make is much greater.”

María Alcira is much more than the director of the center. She is its alma mater, the spirit and the joy of this place created to help the district’s residents. To help them change their way of life, but also to educate them. Not just to train them, but also show them that they are fully capable and teach them to respect themselves, their environment and others. This is a center for learning to live together. “Three different population groups arrive here: descendants of immigrants from Eastern Europe who arrived two generations ago, with a great work ethic; Creoles, who find it more difficult to enter the world of work, perhaps due to the hot climate of this land; and, the indigenous people, the original owners of the land.” And they all live together peacefully, with a concept of multicultural friendship. This is demonstrated every day by little María Angeles, whose grandparents were born in Prague. Every morning, when she comes to school, the first thing she does is go and see her best friend, Kanatay, who is indigenous. 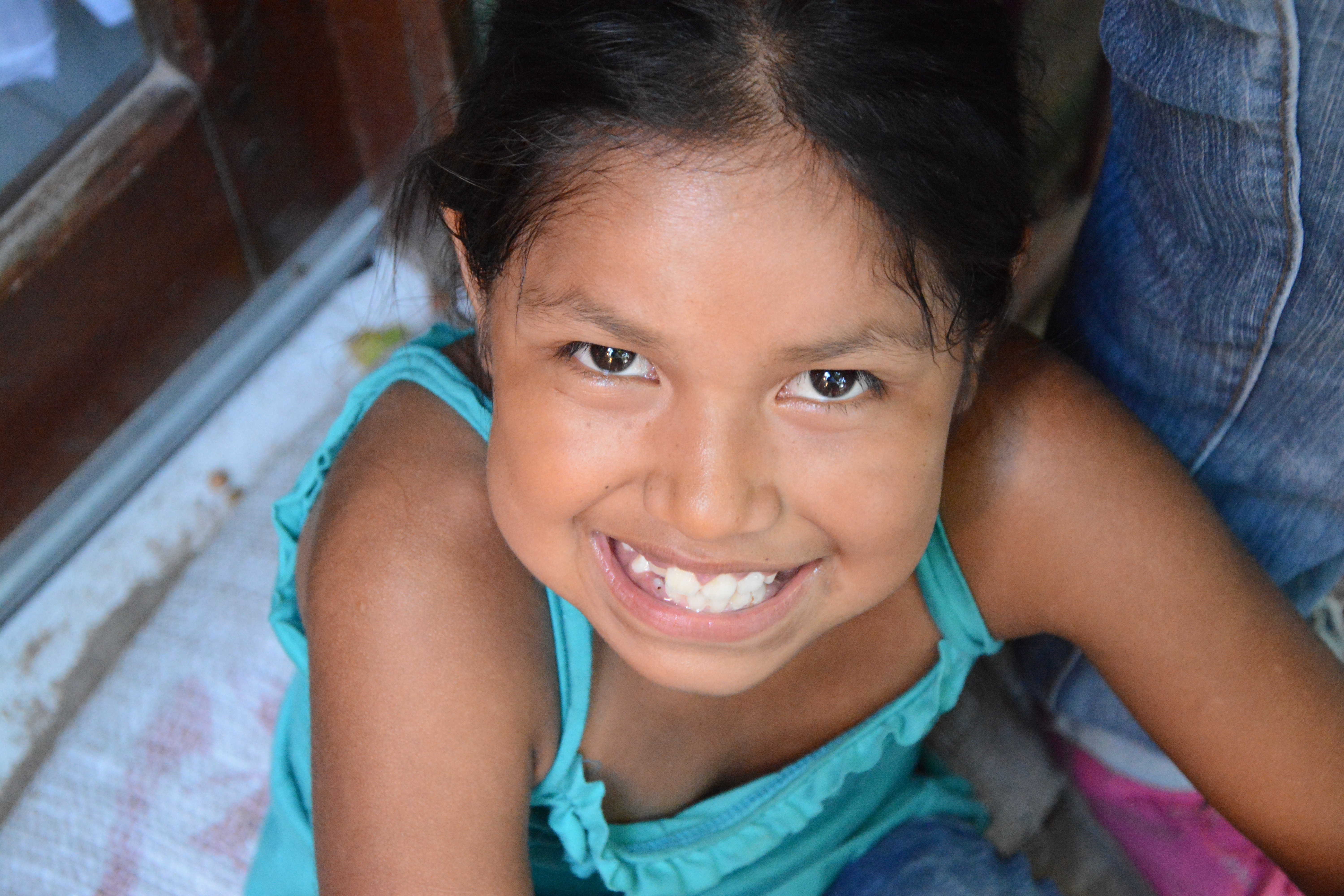 But, to understand what this place signifies, it is best to start at the beginning, when María Alcira arrived in 1999. She found herself in Alianza, one of the poorest neighborhoods in
the town, in turn situated in a region of extreme poverty. And with the highest density child population in the area. There is no industry here. There are few work opportunities either picking cotton or felling trees for the sawmills, and some women work in domestic service in the center of the town. The economic horizon is very short. “The first children who came to the center were sad kids, accompanied by adults who never smiled. The serious look on their faces was really striking.”

Set among dust-filled streets and dwellings virtually in ruins, they started out with a dining hall service. “One of the first to enter was a grandmother with her little granddaughter who was so pale and emaciated that her very bones ached.” Thus began her immense task. “At the first meal, many of them turned up in their best clothes. It was almost a birthday party for them. A party with dessert included. They couldn’t believe it!”

Not only were they given a meal, but they were also taught basic rules of hygiene. For example, to wash up before sitting down at the table: “We always wanted everything we did to have educational overtones.” At first they provided 120 meals a day. Some time later they  were providing close to 400, but this has now dropped to around 250. “It’s true that the situation is somewhat less dire now, as the families can count on some government aid. In addition, we believe it’s better if they eat at home.” Thanks to this work, they have managed to achieve zero malnutrition in young children. “We only have malnourished little ones when they arrive for the first time, or after some illness.” Quite a success.

“At the first meal, many of them turned up in their best clothes. It was almost a birthday party for them” 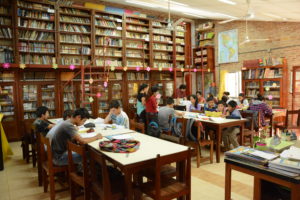 That was just the first step. The next was to reach much further. “It was important that these little minds could think better, work in another way. The families used to take them out of school at once to help at home or work.” The educational center began operating in 2002. And it started with those aged four or five. “That was a mistake. It was the first time that they sat at a table and held a pencil. They didn’t know what to do with it. However, they did know how to cook, light the fire and wash their siblings. They were little adults. Their spirit of sacrifice was impressive.”

It was decided that their education had to start earlier. They opened a classroom for children aged four to six months, who came with their mothers to learn together. In 2014 they erected the building that houses the school, with three classrooms for each grade. “The families are happy with the school.” The full elementary stage is now covered. And they have obtained scholarships for high school students. They also provide vocational training classes for the parents and siblings of their pupils. They are taught to be motorcycle mechanics, electricians, seamstresses… “Two former students already have their own workshop.”

Everything that has been achieved at the Jesús María center has been thanks to the endeavors of the many people determined to make it happen. One of those people is the Spaniard Susana Cañón, a volunteer and the center’s contact in Spain. She has become something of a mouthpiece for María Alcira in our country: “She visited us in 2001, helped us to draw up a census by visiting families and, since then, follows the center’s progress. She puts forward her ideas, is very attentive to our needs and offers economic aid.” For her part, Susana tells us: “The reality I witnessed there overwhelmed me. Everything had to be done from scratch. And I decided to take firm steps to help.” These steps consisted in putting those in charge of the center in touch with foundations in our country willing to contribute financially to their cause. One of them was Fundación MAPFRE. 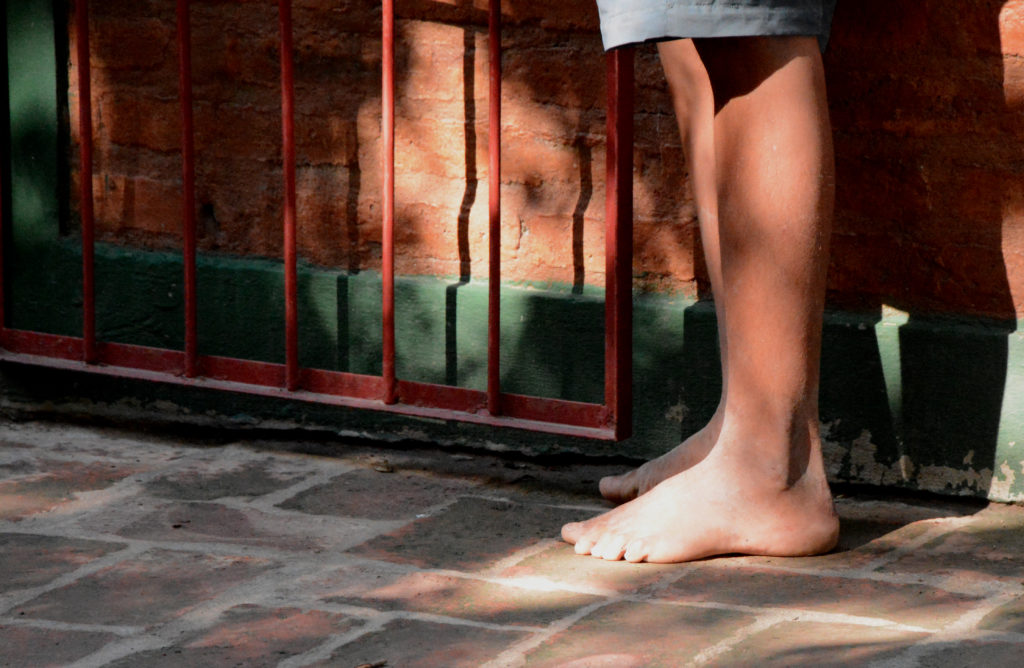 Since 2001, the Jesús María center has provided a health center serving 7,500 patients, a staggering one third of the population. It offers pediatric, obstetric (“right now we are monitoring over 100 pregnancies which benefit from an ultrasound device like no other in the region”) and general medicine services. But, above all else, its fame is due to the traumatology service. “The center’s professionals are famous for the prostheses they fit. So much so, that the hospital in the city of Resistencia, the capital, sends its amputee patients here.” Indeed, they have to deal with many such cases: “There are two reasons for the numbers. Firstly, the precarious nature of the work up in the hills, cutting down trees with chainsaws. But also those caused by diabetes. People do not know the disease, do not treat it and often lose their legs.” They also run at least two ophthalmology, cardiology and dentistry campaigns each year. The latter is the most appreciated one: “We have 95 percent healthy mouths among our kindergarten children.” Partly because of the insistence on teaching them how to brush their teeth. “They do this in the yard and spit on the ground, because, when they did it at the washbowl, in front of the mirror, they spent hours there.” Many of them had not seen their reflection before. Now, with mirrors in almost all the classrooms, these children are getting to know who they are. And how much they can achieve…

Project name: With Education and Health We Build a Community
City/town: Tres Isletas, Chaco. Argentina
Target group: Children under the age of 14; young people up to the age of 18; people with a disability and adults.
Lines of action: Education, nutrition, health and access to the labor market.
Amount contributed by Fundación MAPFRE: 66,800 euros. This money goes toward the center’s education and health programs. For the former, training courses are offered to the teachers in the town to improve the quality of education in Tres Isletas. In the latter case, they provide primary care, dental care, vision care, cardiology, ultrasound test and trauma services, as well as first aid courses.