Get on the bus. Look for your seat number. Place your hand baggage in the overhead storage. Sit down. Fasten your safety belt… There are everyday habits that are worth adopting. That save lives. The direct testimony of a bus accident victim and the results of the Report on the Use of Seat Belts in Buses produced by Fundación MAPFRE remind us of the importance of this gesture.

There are news stories that no one wants to read and would never want to experience. “18 dead and 37 injured in a bus accident in Panama,” was the headline of the digital newspapers on March 6. The tragedy had happened the previous day on the legendary Pan American Highway, when a bus from the Caribbean province of Bocas del Toro lost control, careered off a bridge and plummeted 60 meters into the Guabas River. Fifty seasonal workers on the bus were on their way to harvest watermelons. Nadeskha Mackenzie, a MAPFRE operations executive in Panama, read the news that Monday morning and could not help identifying with them: “That accident made the whole country think how vulnerable we are,” she recalls.

Her solidarity has profoundly personal roots that date back to one year ago, when an incident on a bus was to change her life forever. “It is inevitable that I think about that moment when I had my accident and realize that the same thing could happen to any of us, and that, despite the fact that I was seriously injured, in my case there were no fatalities.” A reflection that always leads Ms. Mackenzie to the same conclusion: “We must create a culture of seat belt use in both buses and private cars. No one is exempt from suffering a traffic accident and so it is up to us to take advantage of the tools necessary to prevent them.”

«We tend to think that accidents always happen to others, or to irresponsible drivers» 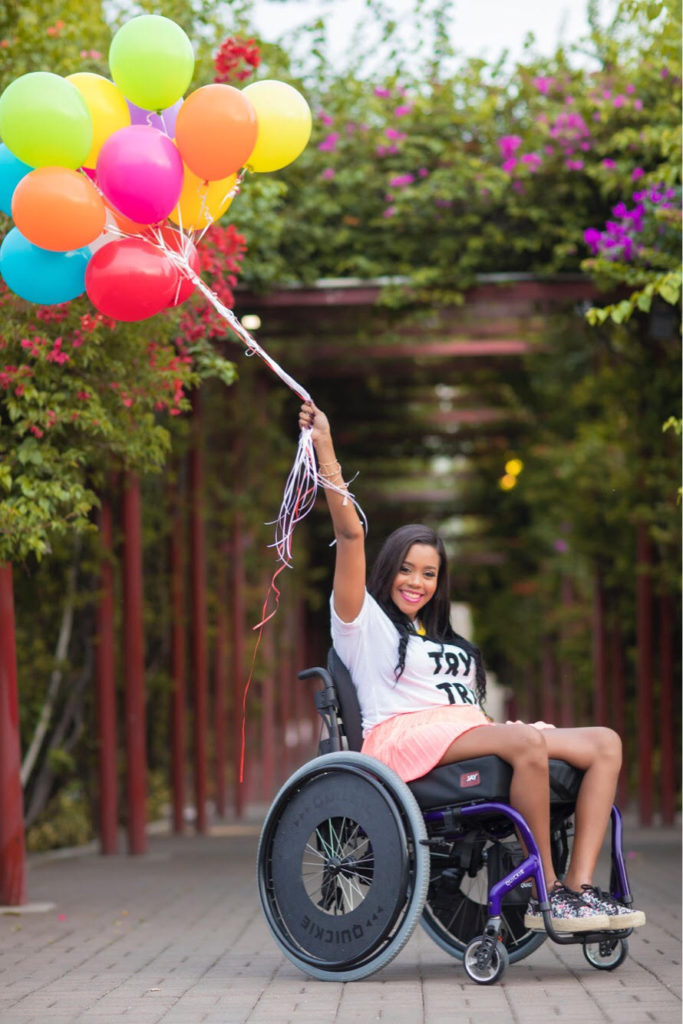 That same spirit has inspired the Fundación MAPFRE campaign in Spain #teFaltaAlgo [something missing?] to make bus passengers aware of the importance of using the safety belts, in keeping with current regulations. In our country, ever more people opt for this means of transport on their long-haul highway journeys, with a 4.3 percent increase in 2016, according to the INE (Spanish National Statistics Institute). One of the reasons for their widespread use is safety: traveling by bus is ten times safer than by car, according to ETSC (European Transport Safety Council) figures. Bus accidents are so rare that, when one occurs, it creates great social alarm, more so when it turns out to be a tragedy with some loss of human lives.

One way to reduce this impact is by increasing safety levels through the use of seat belts. This is the overriding conclusion of the Report on the Use of Seat Belts in Buses, produced by Fundación MAPFRE with the collaboration of bus companies like ALSA, Avanza, DBLAS and Esteban Rivas. As in other vehicles, their use may be the most effective way to save lives and prevent injuries, “as they impede both the driver and the occupants striking the interior elements of the vehicle or being thrown out a window in the case of overturning, collision or sharp braking,” explain the authors of the study, Jorge Ortega and Jesús Monclús, both from Fundación MAPFRE’s Accident Prevention and Road Safety Area.

This list of catastrophic misfortunes describes to perfection the accident Nadeskha Mackenzie suffered on February 6, 2016, leaving her paraplegic. It was Carnival Saturday and she was on her way from Panama City to Colon Island, in the province of Bocas del Toro, to spend a few days relaxing at the beach. She was traveling in a 60-seater bus which, in turn, formed part of a convoy with two other vehicles (around 180 passengers altogether). After 11 hours of a nighttime journey, “I woke up at about 8 a.m. and realized that we were passing through a dangerous area called Cabello de Ángel.” The only thing that Nadeskha could see from the bus window were ravines. “It wasn’t the first time I had taken that route, but I was scared all the same and wanted to get past that point as quickly as possible,” she recalls. “Suddenly I heard people shouting, the bus began to swerve from one side to the other, and I could hear another bus braking heavily… The first thing that came to my mind at that time was ‘we’re going to die’. My heart was racing and all I could do was hug my friend, thinking it was all over.” The driver of the bus behind the one Nadeskha was on had lost control when braking and smashed into the right side of their bus, causing it to tip over onto its left side, while the other bus crashed into the side of the mountain. “The next thing I remember is lying on the road and not feeling 75 percent of my body… I literally felt like I had turned to jelly: I could see my legs but I couldn’t feel them.”

The chances of being thrown out of the vehicle, as happened to Nadeskha, are great. When a vehicle collides, there is a sharp deceleration and the occupants, “in the event that they are not firmly secured in the vehicle by means of the safety belt, will continue to move at the same speed as just before the incident, smashing against the interior of the vehicle or being thrown out of it,” Ortega and Monclús explain. The impact of a vehicle hitting a fixed object can be compared to falling from a building. Thus, a collision at 30 km/h (20 mph) against a stationary vehicle, a wall or a tree is similar to falling from the second floor or from a height of four meters. “If we are driving at 100 km/h (60 mph), the fall would be from a height of 40 meters or 10 floors,” they point out.

“Unfortunately I wasn’t wearing a safety belt,” Nadeskha laments. “Apart from the fact that the bus did not have any, people in Panama are simply not used to wearing one: they have the notion that the bus is much safer than any other form of transport. There is no habit of wearing a safety belt on buses and many don’t even have them fitted.” This is what Tom Vanderbilt, author of the bestseller Traffic: Why We Drive the Way We Do and What it Says About Us, calls the risk paradox, which he sums up in this sentence: “When you perceive that a situation may be dangerous, it is most likely that it is actually safer than you think; it is precisely when you feel safe that you should be most alert.” 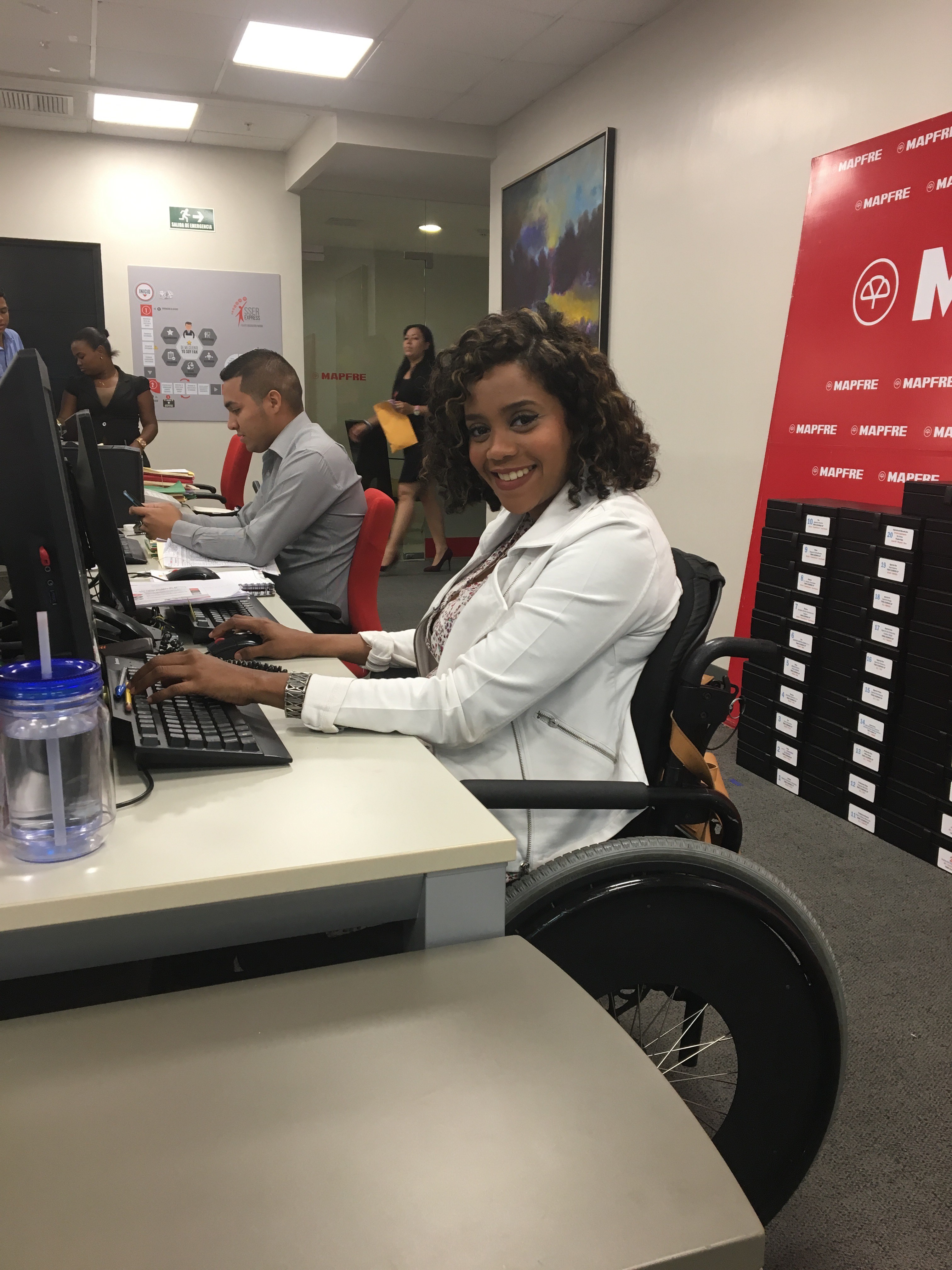 This apparent contradiction is manifested in the Spanish figures for safety belt use: on longdistance routes, only 27 percent of passengers fasten their seat belt, a rate that falls to 0.7 percent on short intercity routes, according to the Fundación MAPFRE report. “It has been shown that the seat belt is the most effective safety tool to prevent the consequences of any traffic accident,” Nadeskha stresses, “using it on the buses would avoid a high percentage of permanent injuries caused by traffic accidents, just like my case.”

Jesús Monclús recognizes that “Nadeskha’s accident reminds us of the reason for our foundation’s work, our motivation every day. We tend to think that accidents always happen to others, or to irresponsible drivers, but we are very mistaken.”

Nadeskha is now 30 years old. She studied Marketing and Advertising and specialized in Graphic Design. “I consider myself a very creative person and I really love my profession.” For this reason, she has been working for four years in MAPFRE Panama, in the Image, Brand and Communication Area. Her smile also lights up when she talks about her solidarity work in Fundación MAPFRE. “I’ve always liked participating in volunteer work and offering my support to any social project. It makes me grow as a person and I learn a great deal from every activity I’ve been involved with.” Support that has been repaid with interest and has helped her to overcome the tragic consequences of the accident: “They organized lots of activities to raise funds for my medical expenses and operations. It was truly awesome! MAPFRE is my second family and I’m very grateful, as they supported me so that I could adapt my home and be as independent as possible in my wheelchair…,” she recalls. “Witnessing the solidarity of my colleagues and my family was the driving force that filled me with positive energy to keep going.” Nadeskha is a Russian name that means hope.

A free patent for safety

“The pilots I worked with in the aerospace industry were ready to use almost any element to stay safe… but, in their cars, normal people don’t want to be uncomfortable for even a minute.” So says Nils Bohlin. The Swedish engineer created the three-point safety belt in 1959 for Volvo, and the automobile manufacturer released the patent so that all the other automakers could also fit them as standard. Today, it is estimated that they may have saved more than one million lives. In Spain, the responsibility for wearing a seat belt on buses falls directly on the passengers, not on the driver. But putting out a reminder through a speech or by showing a video “can manage to raise the percentage of use from 24 to 69 percent,” according to Fundación MAPFRE’s Report on the Use of Seat Belts on Buses.