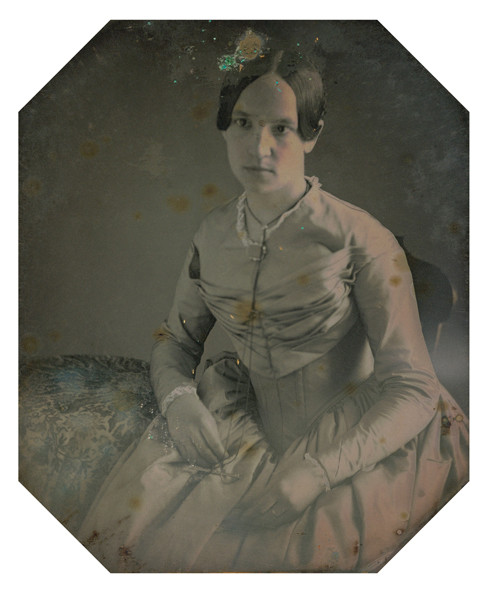 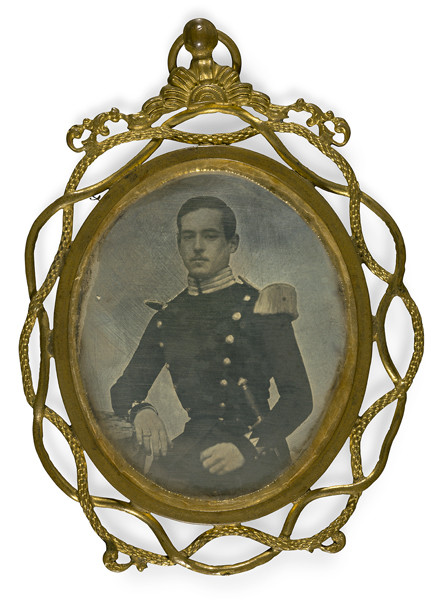 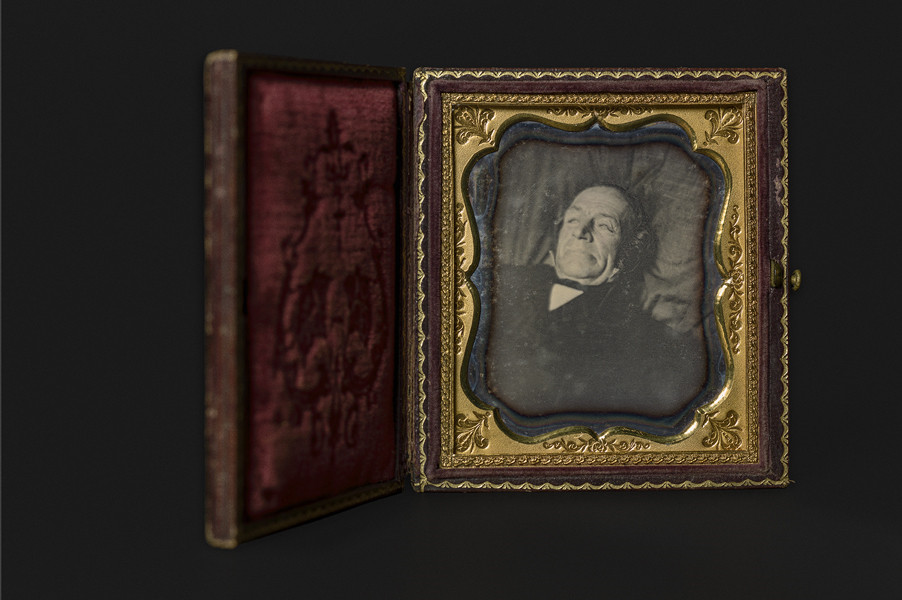 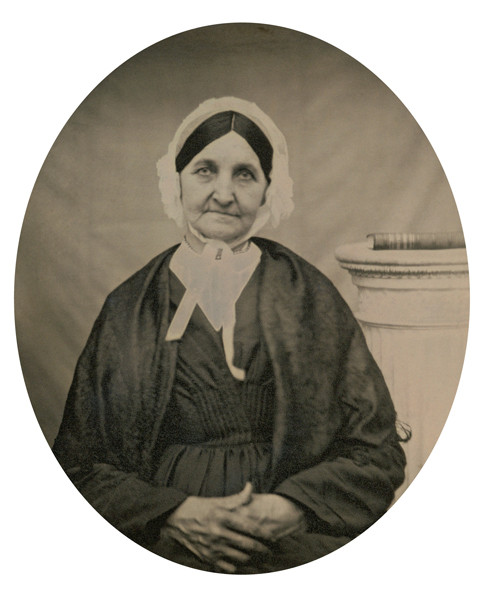 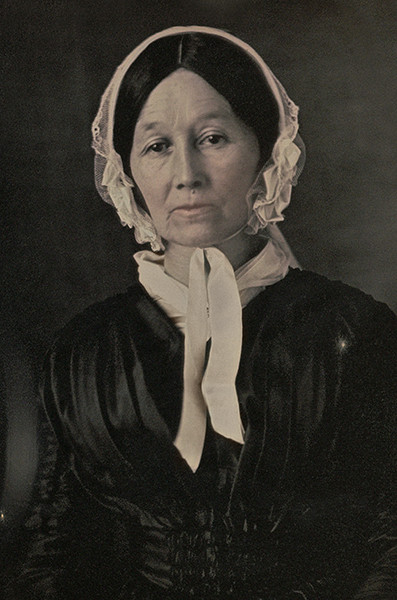 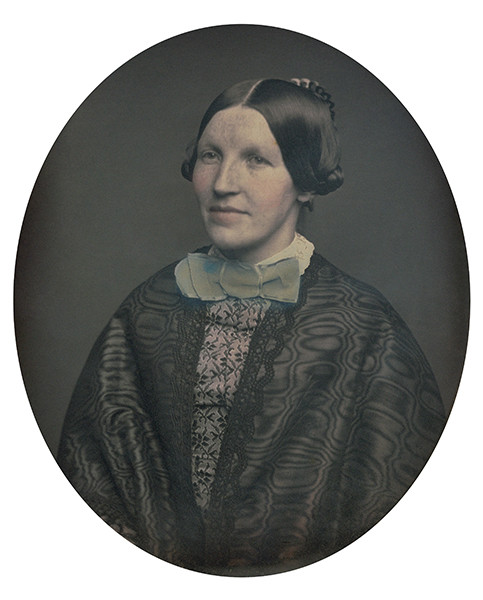 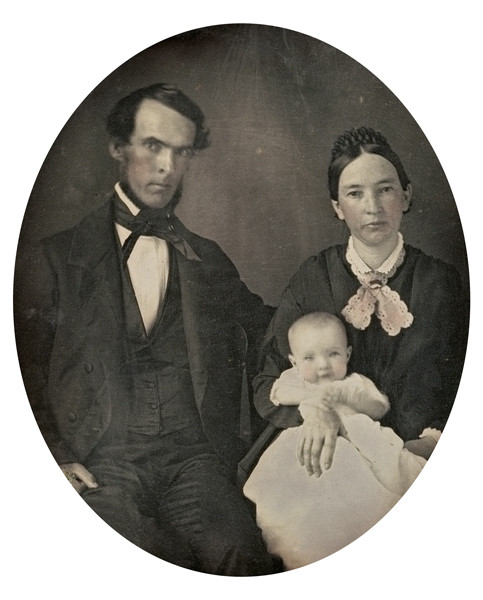 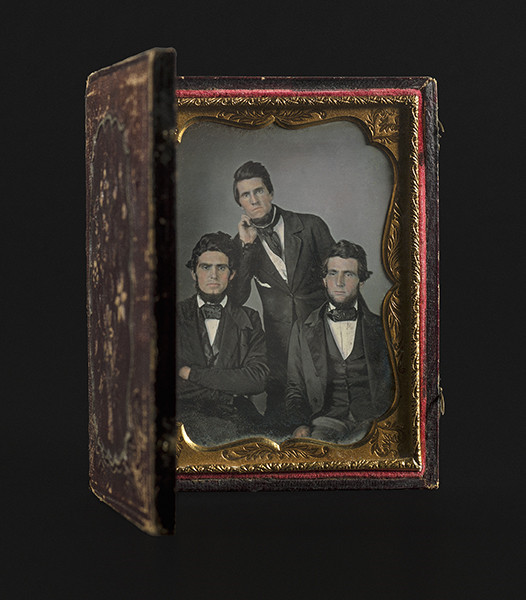 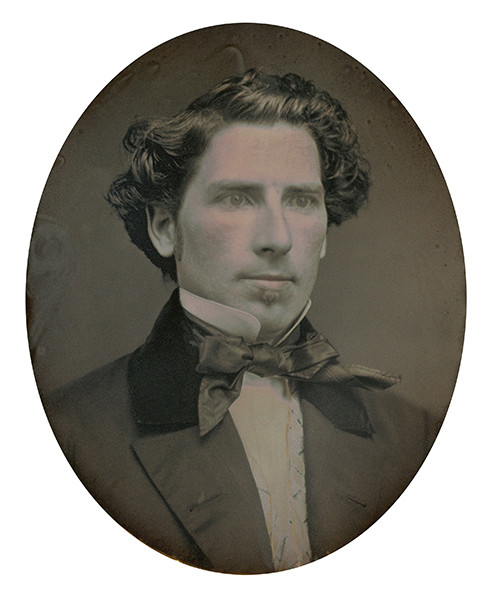 From February 26 through May 23, 2021, Fundación MAPFRE’s KBr Photography Center in Barcelona is hosting this exhibition dedicated to the origins of photography, with daguerreotypes from the CRDI collection dating back to the 1840s, 1850s and 1860s, some of them restored by Fundación MAPFRE for the occasion.

In Spain, the presence of, and interest in, the daguerreotype has traditionally and historically been less marked than in other European countries. As Jep Martí Baiget points out in the catalog accompanying the exhibit The Captive Gaze, this may be due to several reasons. Firstly, the scant general interest shown until recently by the institutions in the conservation of our photographic heritage; secondly, with regard to this particular invention, “people stripping down the objects to extract the silver” may have played a key role, or “the fact that early adopters of paper-based portraiture promoted the change of medium as a way to enhance portraits”, as well as the fact that “the heirs of the portrayed subjects were unaware of the value of the daguerreotype.”

Fortunately, in recent years, many institutions have devoted more time to the photographic discipline, studying it, delving into its history and promoting conservation efforts, building up comprehensive collections in an attempt to bring it closer to as many people as possible. This is the case of Fundación MAPFRE, which not only hosts a collection that today boasts over 1200 works exemplifying this form of artistic expression, but also recently opened an installation dedicated exclusively to it, the KBr Photography Center in Barcelona.

In 1997, the CRDI (Center for Image Research and Diffusion) was created in Girona and Fundación MAPFRE has had the pleasure of collaborating with it on developing the project now being presented. This is the first of the exhibitions to be organized at the KBr, in collaboration with various Catalan institutions which host a rich photographic heritage that has received little exposure to date. Since its very inception, the CDRI’s goal has been to publicize, protect and disseminate the documentary heritage of the city of Girona in images.

The term ‘captive’ included in the title infers a two-fold meaning. In the words of the Bulgarian-French writer, critic and linguist Tzvetan Todorov, it refers to the intention of “trapping the moment and capturing something fleeting” and, in addition, to the fascination of those ‘captivated’ by this attractive novelty that emerged in the late 19th century. This object, the first to be disseminated and commercialized in the history of photography, is considered more a physico-chemical “marvel”, commonly known as “a mirror with a memory” at the time.

Following the work of Joseph- Nicéphore Niépce (who died in 1833) in relation to the sensitivity of silver salts to the light, the invention was promoted by Louis-Jacques-Mandé Daguerre who, in 1836, first obtained an image on a sheet of silver-plated copper and continued to refine the process until its official presentation on January 7, 1839. The Daguerreotype revolution then spread throughout Europe, including Spain, where it also made an immediate impact. Nineteen days after the process was officially presented at the Academy of Sciences in Paris, the Diario de Barcelona reported on this new invention, and the book by Daguerre, published in France that same year, was also translated into Spanish. By 1845, every major city in the Western world had its own photographic portrait studio. It is known that, by 1851, millions of daguerreotype portraits had been produced – most of them lack inscriptions on the frames or cases that would allow the sitter or the portraitist to be identified – and were highly appreciated at the time, although they gave viewers the sensation that they were looking at something that did not actually exist.

On November 10, 1839 an image was transferred to a copper plate for the first time on the Pla de Palau (the historical main square of Barcelona), with the accompaniment of a band of music. The twenty-two minute exposure was watched by around a hundred people. In the end, as if by magic, there appeared on the plate a view of the city in which one could see the Casa Xifré and La Llotja, two of the city’s most emblematic buildings, separated by the Paseo de Isabel II. The image was raffled off among the attendees and, after this event, it was never heard of again. Nor did news of the event, which promised greater repercussion, go much further, perhaps due to the complex political situation at that time in Catalonia, with war still officially raging. Those who were initially interested in the invention were trainee scientists, mostly young Catalans who put the process into practice and even enhanced it, with the intention of including our country among the leading representatives of a vibrant, modern Europe.

It was only in 1842, when the first portraitists appeared in Madrid and Barcelona, that it began to acquire relevance as an image reproduction system. Thus, in more peripheral cities like Girona, the first portraits of this type date from 1849 and are attributed to a French artist, Mme. Senges. She placed advertisements in the local newspaper El postillón to publicize her activity as a portraitist, and offer training to those wishing to learn this new technique. But there was no permanent photography gallery or studio in this city, nor is there any evidence of other daguerreotypists there. This was because their services were so costly and there was no bourgeois class in the city – more typically found in an industrialized society – that could provide sufficient clientele for the upkeep of such a business.

A large sample of the daguerreotypes in the CRDI collection, dated between the 1840s and the 1860s, were selected for this extensive exhibition. In addition, Fundación MAPFRE undertook to arrange the restoration of a group of them for this occasion, but also as part of its commitment to the conservation of our photographic heritage. Two stereoscopic plates are also included in this exhibit.

There is also a diverse range of daguerreotype casings on display. Some are made of wood with leather covers, while others are thermoplastic. The inner silk or velvet lining on the cover helped expel the air to avoid tarnishing when the box was closed. In addition to this type of ornamental casing, most characteristic of daguerreotypes in the United States, we also find the European or French system, which consists of an open frame like those used for paintings. The exhibit mainly consists of studio portraits – whether individual, in pairs or groups, or even postmortem pictures – while the two stereoscopic images reproduce sculptures. Those responsible for some of these works have been identified, thanks to the inscriptions on the frames; however, in general, the names of the sitters remain a mystery, save where some annotation is attached to the images. The exhibition is rounded off with objects and tools related to this photographic technique, drawn from the collection of the Cinema Museum in Girona.

These include a box for storing the different liquids needed in the processes for developing and fixing the daguerreotype image, or photographic laboratory lamps, to name but a few.

In addition, there are projections of two audiovisual presentations explaining the execution of this “marvel”, and how the restoration process was performed. Also presented is a project that was born within the research program run by the CIFOG audiovisual college in Girona, which has developed photogrammetries that will make it possible to obtain a three-dimensional view of four daguerreotypes in the collection.

With this display, Fundación MAPFRE wishes to let people know about the invention that led to the birth of photography, offering a comprehensive overview of its beginnings and the context within which this technique emerged. Photography thus became an artistic discipline in its own right, capable of leaving recollections that remain “captive” in our memory.