May the force be with you

Cardiovascular diseases, defined by the WHO as a group of disorders of the heart and blood vessels, are the leading cause of death by disease throughout the world. No matter where you live, to which society you belong, the heart that moves us is also the first to end our lives. A risk which, moreover, has increased for women. As we approach the celebration of World Heart Day on September 29, we are dealing with this topic in order to raise awareness about the importance of prevention.

There exist facts and data which confirm that the popular belief that men are the ones who suffer and die most from cardiovascular disease (CVD) is actually false. The figures for CVD mortality indicate that it affects 52 percent of European women, compared to 42 percent of men: a difference of 10 percentage points, but the concrete facts also remind us that we need to modify this widespread view. In December 2016 the actress Carrie Fisher died on a plane from a heart attack. The legendary Princess Leia of Star Wars fame, who had won a place in our hearts aboard a spacecraft, died precisely during a transatlantic flight at the age of 60. We would like to think that her last words for posterity had been, as in the movies of the galactic saga, “may the force be with you”. However, in her case, it was her poor cardiovascular health which won the battle.

According to the latest complete statistics published by the World Health Organization (WHO) in 2016, ischemic heart disease and strokes are precisely the leading causes of death throughout the world: “They caused 15.2 million deaths and have been the leading causes of mortality for the past 15 years.” Of the 56.4 million deaths registered in the world that year, 26.9 percent were related to a CVD. Even if only due to statistical probability, both Princess Leia and any one of us are only too likely to suffer a fatal cardiovascular disease at some stage of our lives. And this is not an unexpected event, but rather a process largely attributable to our own decisions, due to our adoption and practice of unhealthy habits over a prolonged period of time.

According to the eminent cardiologist Valentín Fuster who, among many other accolades, holds a Fundación MAPFRE Lifetime Achievement Award, the origins of a myocardial infarction can be traced to “around 15 or 20 years of age, due to a series of risk factors. By the time they reach 50, two thirds of the population already have the disease. So heart attacks are unexpected from a superficial point of view…”, the Spanish physician and researcher explains. “We humans tend to believe we are invulnerable and to think that everything that occurs, happens all of a sudden. But it’s because we did not wish to prevent it.

The fact is that, according to the WHO, most cases of CVD can be avoided by taking action on “behavioral risk factors” such as tobacco use, unhealthy diet and obesity, physical inactivity or harmful alcohol consumption, “employing strategies that cater to the whole population.”

This approach to tackling the problem also has its economic argument: it is much more expensive to treat the disease than to prevent it with educational strategies at ever earlier ages. For example, cardiovascular diseases cost Europe 196 billion euros. 54 percent of this figure goes on health care expenditure, while 24 percent is due to lost productivity. Finally, 22 percent corresponds to informal care.

An increasing number of studies confirm that our behavior as adults depends on the environment in which we lived between three and six years of age. For this reason, researchers like Fuster, head of the cardiology unit at the Mount Sinai hospital in New York, have focused their long-term endeavors on this age group. In his case, collaborating with a children’s program broadcast all over the world – Sesame Street. “We have worked intensely with this age group, 70 hours during which these children are taught about health, how the body works, the question of nutrition, physical exercise and how to control their emotions,” he explains. “We prepare them so that, later on, they will know how to say ‘no’ when they are offered alcohol, tobacco, etc. And the results from 10 years of follow-up are spectacular.”

But, what about the adults? Is there hope for any of us? “At a very different level to what people believe,” Fuster stresses. “The projects we have carried out with adults have been successful when the community is engaged. A system similar to Alcoholics Anonymous, but for health issues, in which people help each other to combat obesity, smoking, high blood pressure… The community spirit motivates a lot.”

The feminization of cardiovascular disease

Statistics show that one in every five women dies in Europe due to ischemic heart disease. Far from the cliché, cardiovascular disease has become feminized over the decades, given that women have been adopting those very same bad habits. We could say that, when she died, Princess Leia was not alone. She was accompanied by many other thousands of women – 43,000 in Spain, for example, according to 2012 data. This statistical turnaround to the detriment of women is not due exclusively to the adoption of bad habits. As Dr. Fuster explains, “one of the keys to these high figures is the difference we continue observing between the two sexes, in relation to how long it takes to reach the hospital when, unfortunately, someone suffers a cardiovascular event. While men are more aware of the need to seek medical care as soon as they notice heart attack symptoms, women find it harder to take this step and are more likely to endure discomfort or fail to recognize the symptoms.”

This lack of recognition is so widespread that it sometimes even reaches health care personnel. This was denounced, albeit in a fictional manner, in the popular TV series Grey’s Anatomy. The plots in this medical drama set in the U.S. city of Seattle frequently introduced conflicts related to citizens’ access to health care (so problematic in the USA) andincreasingly focused on issues affecting women. In one of the episodes in its last season, the surgeon Dr. Miranda Bailey was stuck in a traffic jam when she detected that she was starting to suffer a heart attack. This episode highlights perfectly the need to make women aware of the symptoms, more equivocal at times than in the case of men. Quite another matter is the fact that the doctor who treats Miranda is unable to deduce from the symptoms that she is suffering a myocardial infarction and that it is not simply fruit of a highly stressed woman’s imagination.

Women For The Heart

Aware of this need, the Community of Madrid, Fundación MAPFRE, the Spanish Heart Foundation and the Pro CNIC Foundation launched the Women For The Heart initiative. It is both an aid and an awareness program, designed to help women avoid bad habits that lead to these cardiovascular events, and to recognize the symptoms when they arise. A woman does not necessarily have to experience the same symptoms as a man when she suffers a heart attack. In fact, they are often atypical symptoms which appear at a late stage, thus hindering a correct diagnosis and increasing the risk of death.

Celebrities such as Monica Naranjo or Ana Rosa Quintana have also been involved in the program. Monica, a singer, stresses that “we women are vulnerable to attacks; we often ignore the warning signs and this only increases the damage to our heart several times over.” Ana Rosa, a TV presenter, goes further and states that: “Although we may appear to be, we are not superwomen. Your most important mission is to save your life, knowing how to interpret the symptoms.”

And what are these warning signs? 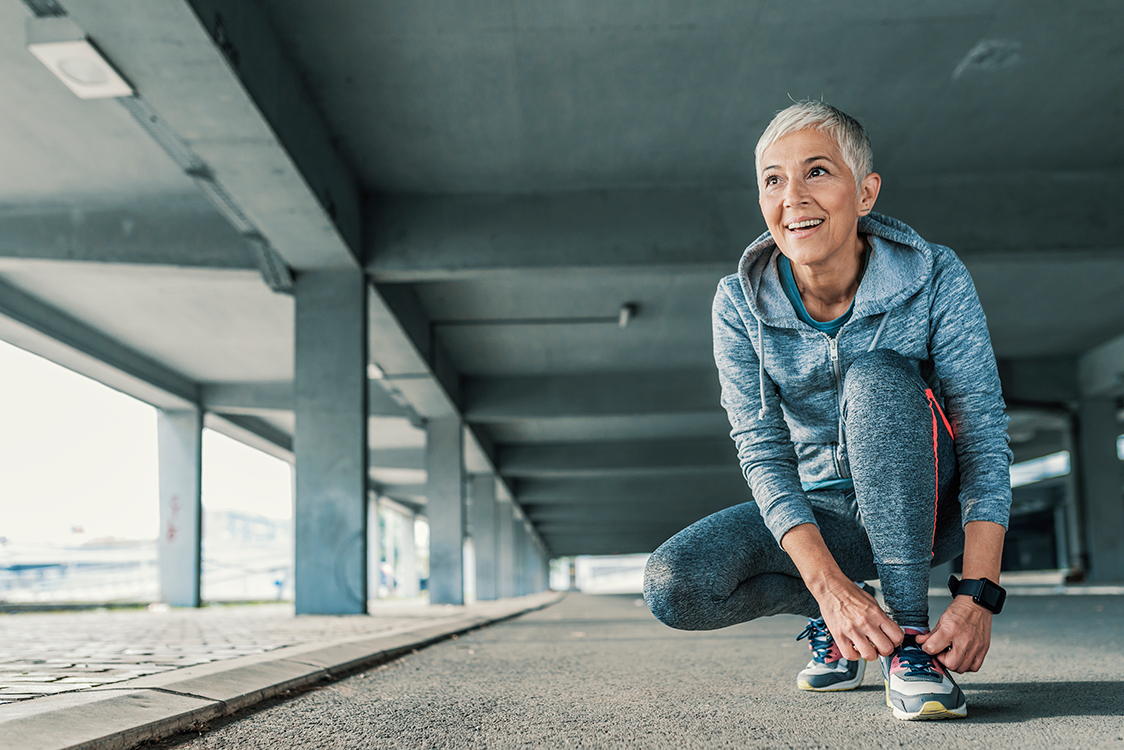 Women For The Heart is highly active during the month of September, in the build-up to the celebration of World Heart Day on the 29th. During that week, in a large number of countries, from Brazil to Panama, Colombia, Dominican Republic or Spain, activities are organized to raise awareness about prevention. In Brazil, for example, medical checkups will be carried out in collaboration with local health authorities and during the Venus women’s race. In Panama, activities will be organized in collaboration with the national Health Ministry in hospitals, health centers, subway stations and shopping malls. In Colombia, there will be activities in companies and shopping malls, while, in the Dominican Republic, awareness talks in universities are planned.

In Spain, Fundación MAPFRE participates in and promotes the Heart Street Run. But before you run, it might be a good idea to take the Women For The Heart test (https:// www.mujeresporelcorazon. org/conocete-corazon/testvalorar- riesgo-cardiovascular) and determine your risk level. Because there is no better prevention policy than knowledge. So that the force may be with you, always.