Vocational Training: between challenge and opportunity

The technological revolution calls for innovative ideas and VT is at the forefront, ready to lead and boost this transformation process. But it is necessary for companies to dictate the way forward and even train the teachers, according to the experts. More and more students are opting for vocational training: 47 percent of senior high-school students in Europe take VT courses and, in Spain, the number has risen 71 percent over the last ten years.

Driverless cars. Augmented reality glasses. Hyperloop capsules. Automated kitchens. Unlike in times gone by, inventions currently roll out in rapid succession. These are ever-changing times, with the constant emergence of new jobs which, in turn, call for people with the appropriate training to be able to pursue those careers. This frenzied innovation poses a challenge for education, which cannot afford to be left behind. In all of this, Vocational Training plays a key role.

VT is no longer what it was

While, in the past, it was chosen as a last option, or after failure to get into university, VT nowadays offers exactly what many companies are seeking: specialization, practical knowledge and the possibility of immediate hiring. It is increasingly popular among young people, who are free from outdated prejudices and are tech savvy with the latest innovations: according to data from the Spanish Education Ministry, 810,621 students enrolled in Vocational Training for 2017-2018, 17,000 more than the previous year.

However, perhaps because of its poor reputation in the past, in this country it remains a minority educational choice compared to other European countries. Almost half (47.3 percent) of senior highschool students on the continent are taking Vocational Training courses. In countries such as Holland, Austria, Luxembourg, Slovenia or Slovakia, the figure is over 60 percent. In Spain, it is just 35.2 percent, according to the European Center for the Development of Vocational Training. In the words of José Carlos Díez, Economics professor at the University of Alcalá and one of the speakers at the seminar on Vocational Training and the Future of Employment, held last October in Madrid, “the countries with a higher percentage of people with VT qualifications have a higher per capita income level, and vice versa.”

The VT institutions must be flexible and renovate their offering; companies must provide opportunities for workbased training; and people must accept lifelong learning. 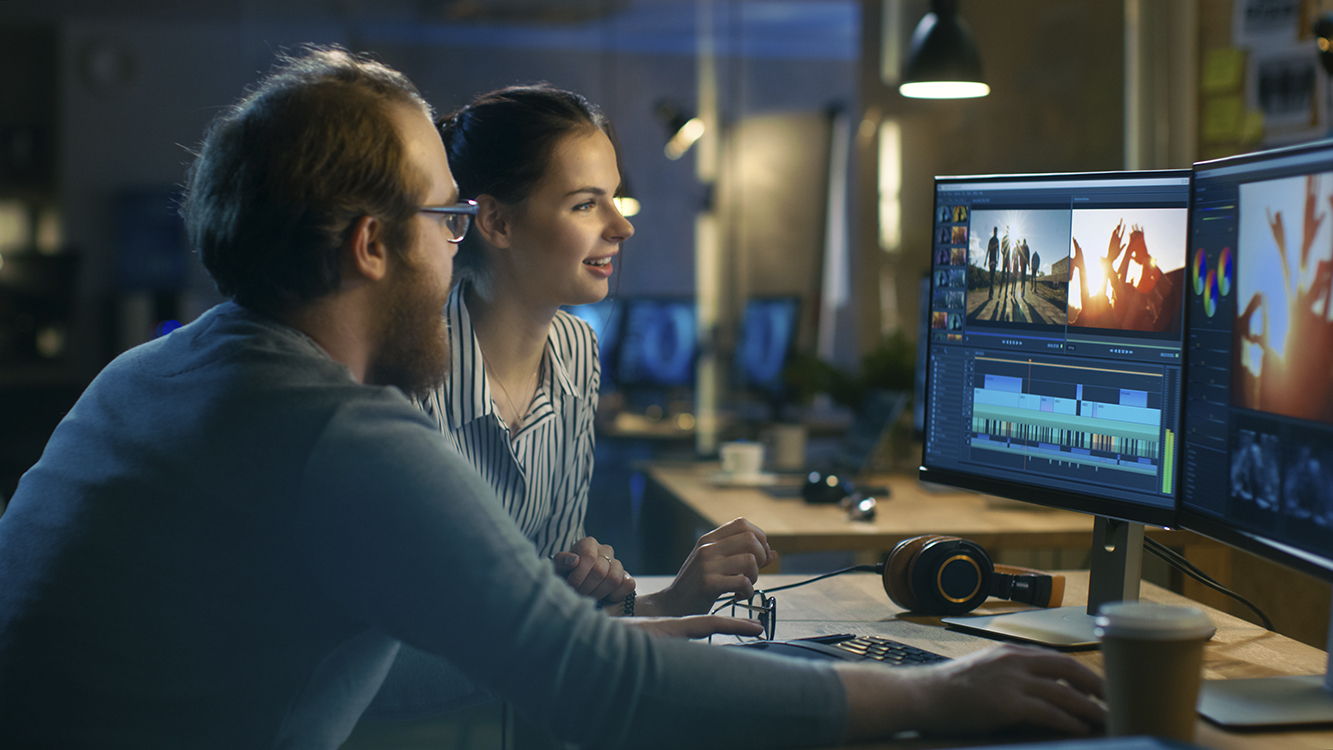 It seems that, in the future, this upward trend will be sustained. As forecast in the Fundación MAPFRE report Discover VT, by 2020 some 35 percent of the available job positions in Europe will require a university degree, while half of all jobs will call for professionals with an intermediate qualification, precisely what Vocational Training has to offer.

José Ramón Pin Arboledas, professor at the IESE and one of the authors of the report, stresses that the negative image that continues to this day in Spain is something that has to change. “This is practical training geared toward concrete skills. Given that there are different intelligence levels, it’s a question of making the most of what each individual has. As it’s more specific, it requires less time and so people can enter the labor market earlier. And as it’s practical, it’s more useful for companies. That means people can become financially independent earlier, and can mature more quickly,” he states. In this sense, VT can even have a bearing on social issues: if the average age at which young people in Spain leave home is currently 29, we could progressively draw nearer to the Swedish figure of 19.7 years old. This could have favorable consequences in terms of demographic growth, as young people would form families earlier. Likewise in terms of personal satisfaction. “When one is capable of achieving personal independence, self-esteem increases. That makes people feel more self-assured,” adds Pin Arboledas.

What is VT lacking today for it to become a breeding ground for the specialists needed for the new emerging jobs? It seems obvious that, for a start, the training on offer must be at the cutting edge. In this sense, it is crucial that teachers have advanced knowledge skills. There are two ways to achieve this. One, that those at the forefront of technology collaborate closely with the vocational training centers. The other, that a nexus is fostered between companies and the teachers. “They should spend time at the companies to really know what is going on there,” Professor Pin Arboledas suggests. Some companies, like Accenture, have already initiated plans for training VT teachers. Boosting VT in this way is a priority in Europe. As João Santos, Deputy Head of the Vocational Training Unit at the European Commission’s Directorate-General for Employment, underscores, “the useful life of skills is getting ever shorter. In order to tackle this challenge, the VT institutions must be much more flexible and respond to the need to renovate their offering; companies must become actively involved in the design of, and providing opportunities for, work-based training; and people must accept lifelong learning as necessary to maintain their employability, active citizenship and quality of life.”

Nowadays, it is only logical that people never stop studying and can access vocational training at any time

According to the experts, the local public administrations should encourage this renovation of educational contents. “Sometimes the administrations are too rigid,” Pin Arboledas complains. “And by the time they accept a subject, it’s maybe already outdated. The centers must be given greater freedom to design the academic curricula, together with the companies, and ensure they are much more agile and flexible.” In this regard, it may also prove necessary to pay special attention to transversal competences, such as languages. In some multinationals based in Spain, English is employed as the official language, and it is possible that even the instruction manuals for the most modern machinery are in a language other than Spanish. What Professor Pin Arboledas proposes is that “there has to be a VT Erasmus also, so that part of the studies take place abroad, with on-the-job training in multinationals of the leading countries in each field: if the studies are in electromechanics, in Germany; if they are in catering, in Italy; if they are in fashion, in France.”

It is worth considering VT as a further step in the educational process, not as the end of the road. Given the rate at which changes are occurring, lifelong learning will be obligatory from now on. “The young people now starting work will have a working life of close to 50 years. During that period, they will have to retrain four or five times. Nowadays, it is only logical that people never stop studying,” Professor Pin Arboledas reminds us. Thanks to its versatility, Vocational Training can also provide solutions in this area, as people can access it at any time during their careers. “Vocational training and university education must be interconnected,” Pin Arboledas suggests. “In Germany you can meet people who have finished their doctorate and are starting a VT course. You come across company chairmen who started out with Vocational Training studies.” In Spain, after graduating and in order to find work, some university students study a VT module which is much more practical, for example in such fields as software. 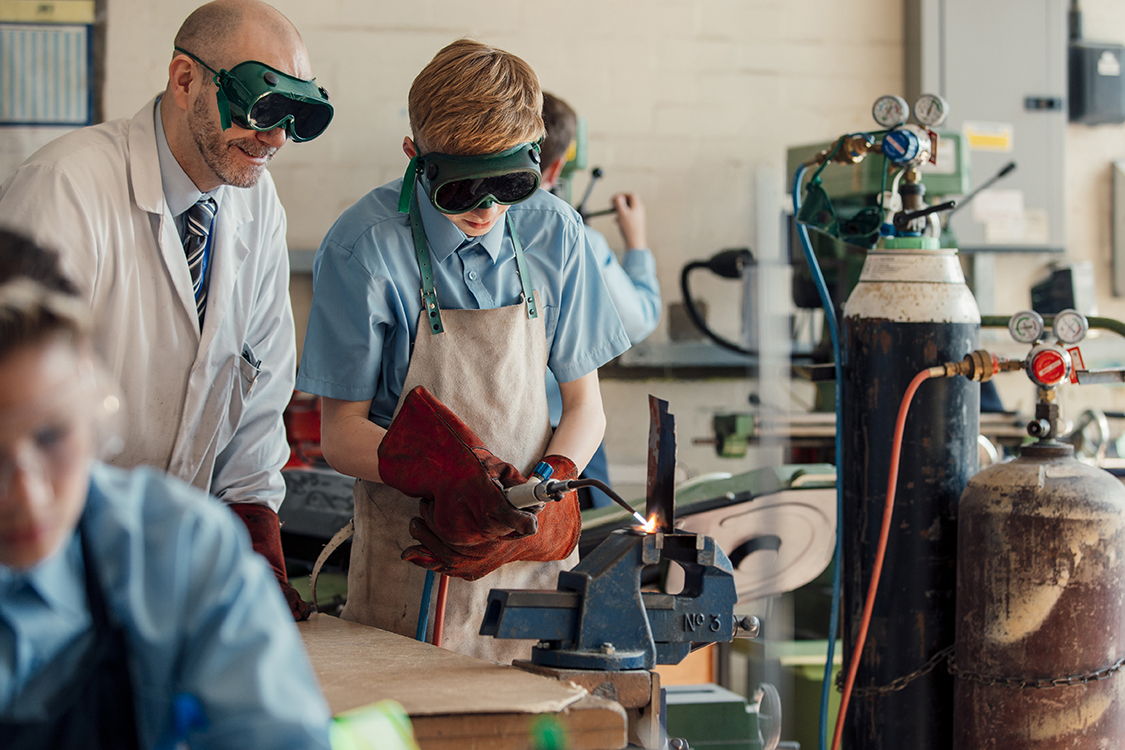 A necessity for companies

The dual education system reinforces this link between training and work experience. It combines “the educational and learning processes in both the company and the training center”, as defined in the Spanish Royal Decree which regulates Dual VT. “It’s not a question of students entering the labor market sooner; rather, they start out in the labor market. So they see the practical application of what they are learning in the work environment,” Pin Arboledas underscores. The Dual VT option was created in 2013 as a strategy to combat youth unemployment. Its progress is unquestionable: according to the study Implementation and Evolution of Dual Vocational Training in Spain (2017), if the number of students in Dual VT for 2012-2013 was 4,292 and 400 companies had signed up, for the 2016-2017 course there were 24,000 students and 10,000 companies. So, the number of students had increased sixfold and companies by a factor of 25. These figures only serve to reinforce the idea that VT is a vibrant modality that is growing and reinventing itself.

Starting from the notion that VT is the great unknown of the educational world in Spain, Fundación MAPFRE and the Atresmedia Foundation have been working for some years now on disseminating and highlighting this educational modality through the project Discover VT. This year, in collaboration with IESE Business School, they published the study Reflections on Intermediate and Higher Vocational Training in Spain, which was drafted by conducting a review of the literature on the subject, two surveys and an encounter with young people. They drew really interesting conclusions, such as the fact that many young people have no idea of the extensive range of qualifications that Vocational Training has to offer, or that they are aware that the current labor market calls for practical training. The report also provides proposals, among them improving cooperation between all actors in the VT sector and highlighting it as a first-class option, highlighting how it enhances employability.