Kidney damage from diabetes is more common in the Canaries than in the rest of Spain. And that is because many of the patients diagnosed with this disease do not realize how important it is to take its possible consequences seriously and strive to prevent them. In the Canaries, Fundación MAPFRE Guanarteme finances a project that aims to control diabetes from an early age and improve the quality of life of patients with advanced renal disease.

“Diabetes is like Attila, King of the Huns: where he passes, the grass will never grow again.” The head of the Nephrology Service at the Doctor Negrín University Hospital of Gran Canaria, José Carlos Rodríguez, uses this curious visual analogy to explain how serious the complications may be for those who suffer from this metabolic disease and fail to adequately control it. In particular, he cites the following: “It is the leading cause of blindness, amputations of legs and feet, endstage renal disease with dialysis, a high percentage of ischemic heart diseases, and atherosclerosis problems.” Given the circumstances, you would to think that, on receiving the diagnosis, anyone would take its possible consequences seriously and strive to prevent them. However, this is not always the case. It seems that the social status of the patient is of major importance. Again, we quote José Carlos Rodríguez: “Diabetes is a disease in which social and cultural factors play their part.”

He knows this only too well as he has spent years studying the incidence of this disease in the Canaries, where he lives and works. And he does so thanks to the support he receives from Fundación MAPFRE Guanarteme, which has been driving research into pathologies prevalent in the Canary Islands ever since 1998. In particular, since the year 2012, Rodríguez has been leading a medical research project whose objective is to analyze the situation of patients with advanced renal disease, as well as what actions may be taken to enhance their quality of life. The project focuses to a large degree on diabetes. Rodríguez explains the reasons: “Diabetic nephropathy – kidney damage from diabetes – is more frequent in the Canaries. Until recently it was believed that this was due to the fact that, in this region, there were more cases of diabetes than in others. But now we know that this is not the case. The figures for diabetics, recurrence and prevalence are approximately the same as in the rest of the country.” What then? The peculiarity of the disease in the Canaries is that it degenerates into more complications than in other places. 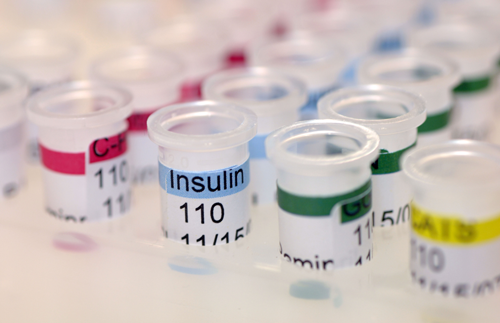 Uncontrolled diabetes is the first cause of blindness, amputations of legs and feet, endstage renal disease with dialysis, among other things

“There are more patients in the Canaries on dialysis due to diabetes than in any other part of Spain.” The team led by Rodríguez has sought the reason by studying genetic, sociological, dietary, nutritional aspects, etc. Among the conclusions, one refers to the fact that “it seems that diabetes starts much earlier among the local population than in the rest of the country. Therefore, the diabetic patient’s system is more exposed to the risks associated with hyperglycemia than in other areas. We could say that diabetes evolves over a longer period, with the result that the complications are greater.” Simple to understand.

The importance of good information

But then another question arises. Why do patients in the Canary Islands start suffering from this disease at a younger age, especially type 2 diabetes, which is of external origin? Once again Rodríguez replies: “In this regard, we noted the importance of social and family aspects. Those most affected by the complications of diabetes are generally from a rural environment and low social status. We have also noted the importance of the types of diet and the inclination toward fast food: nowadays, making a good homemade stew is more complex and, above all, more expensive than eating a hamburger.” This aspect of people’s diet has a lot to do with the price of items in the shopping cart. It is more expensive to eat well on the islands as many products in the primary sector have to be shipped in. With transportation costs, prices go up. Rodríguez feels that there should be policies to incentivize home-grown produce, at the expense of meat, margarine, butter, whole milk…

One fundamental element of the project focuses on the need to produce suitable messages for the population regarding the quality of their food, healthy living and the need for physical exercise, and encourage the practice of self-care.

From a medical point of view, the work consists in being able to offer the best treatment to patients right from primary care onward. But also create communication campaigns that clearly put across the problems stemming from diabetes. Patients must understand why it must be controlled from the very outset. “There is a curious lack of awareness, which is even more common in the Canaries than in other parts of Spain, despite historically having a very close relationship with this disease.” For this reason, one fundamental element of the project focuses on the need to produce suitable messages for the population regarding the quality of their food, healthy living and the need for physical exercise, and encourage the practice of self-care.

This project fulfills the important task of getting relevant information across, thanks to the Patient Classrooms organized at the hospital, as well as group sessions with an expert patient who has reached the kidney dialysis and/or transplant stage. The latter can explain their firsthand experience and advise other patients how to avoid ending up in this situation. Moreover, it is of vital importance that primary care physicians know how to convey the concern raised by this illness to their patients. “Make them understand that, even if they have the genetic factors that predispose them to develop the disease, they should adopt a proactive attitude to combat these factors. Because, what’s more, we now know that diabetes has a memory. If we don’t start looking after ourselves from the outset, it ends up taking its toll.”

The reality is that the program must have worked, given that Rodríguez himself declares: “I’m seeing small, but real, positive data.” However, for this to work, this cannot be simply a one-off campaign: “There has to be continuity.” In this respect, the renewal of Fundación MAPFRE Guanarteme’s support for the project in 2017 guarantees its continuity.

As well as raising awareness about diabetes, thanks to this program a multidisciplinary Chronic Kidney Disease Unit has been set up for the early care and integrated treatment of patients diagnosed with this condition. The unit consists of separate consulting rooms for Chronic Kidney Disease (where the initial assessment of the patient is made), Advanced Chronic Kidney Disease and conservative medical treatment, as well as an innovative area for nephrology nursing. It receives patients discharged from hospital, as well as those referred from general nephrology consultations and specialists (nephrologists) offering support to primary care facilities. The Nephrology Service is a true first in the Canaries, having pioneered the introduction of such techniques as hemodialysis, online hemodiafiltration and telemetry for overseeing patients undergoing dialysis at home.

The measures adopted have demonstrated an improvement in survival rates and quality of life.

Support for training has been a constant in the activity of Fundación MAPFRE Guanarteme since its inception. Proof of this are the annual specialization grants – each endowed with 60,000 euros – which they have started handing out this year to medical professionals in the Canaries, in order to receive training for a year in new techniques or procedures which, in the future, will benefit the healthcare system in the archipelago.

José Carlos Rodríguez, head of the Nephrology Service at the Doctor Negrín University Hospital of Gran Canaria, states that this kind of grant is common in other countries. The aim is to detect talent, train them overseas and ensure they return afterward: “That the know-how they bring back may prove positive for our hospitals.” “When our residents finish their specialty, either they get hired swiftly in their field or they have to endure underemployment. These grants are designed to deal with this and encourage them to further their training,” Rodríguez concludes.

In addition, this year has also seen the first Fundación MAPFRE Guanarteme Awards handed out to the most outstanding MIR (Spanish initials of Resident Medical Intern) in the Canary Island teaching hospitals. Endowed with 2,000 euros each, the aim is to recognize the endeavor, talent and excellence of Canary Island professionals in the field of medicine. Last May these awards were granted to five newly trained specialists attending the four university hospitals in the archipelago.

Both initiatives are in addition to the scholarship programs in support of training and excellence that the foundation has been running for several years now.