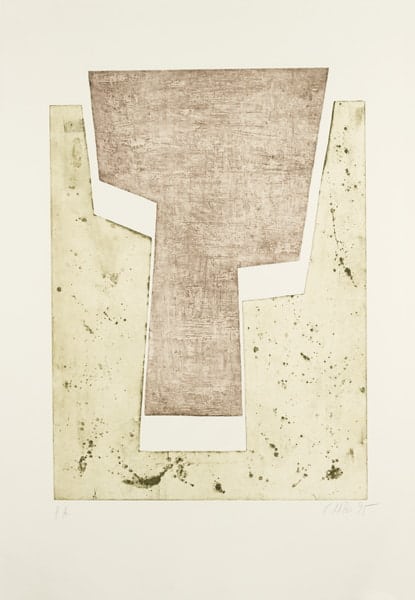 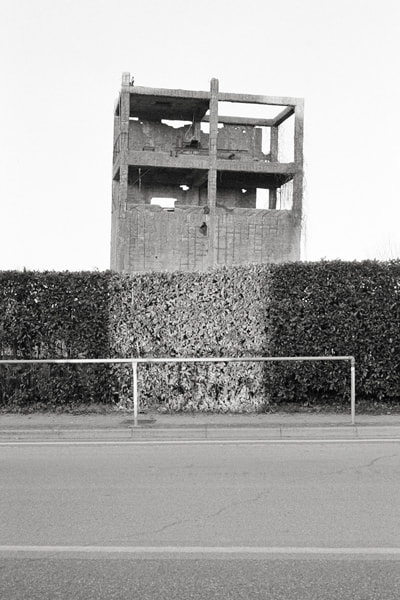 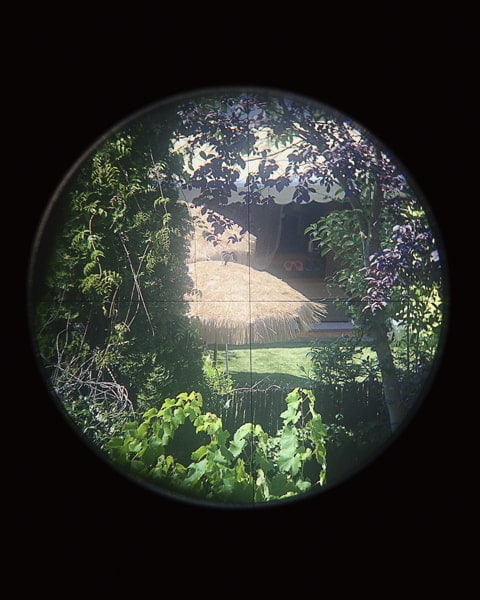 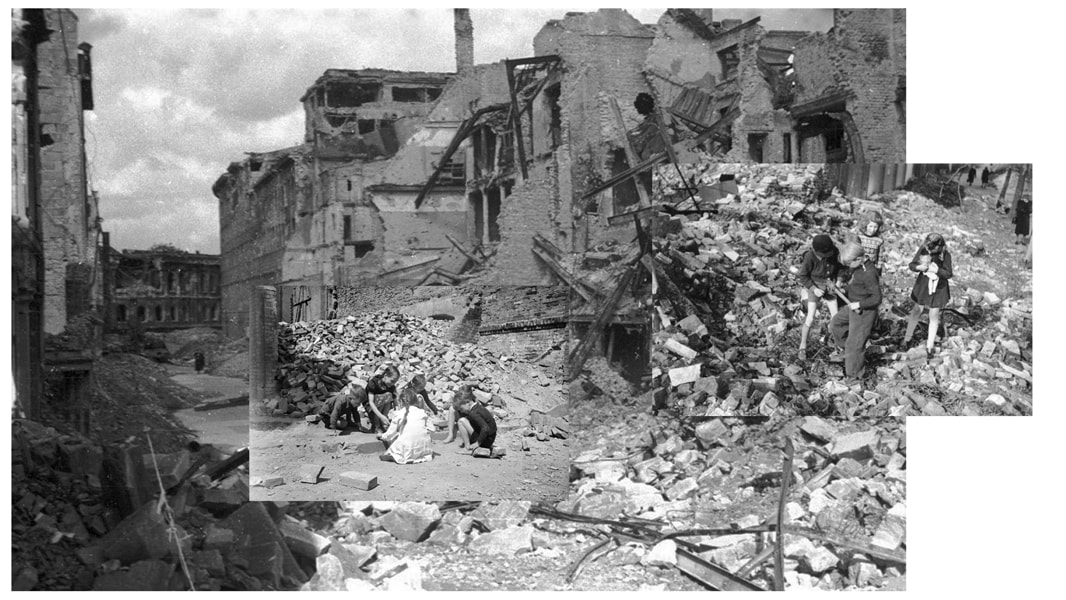 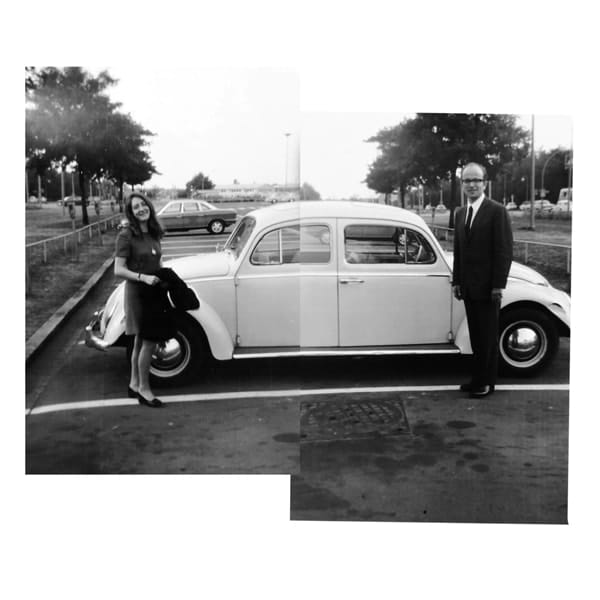 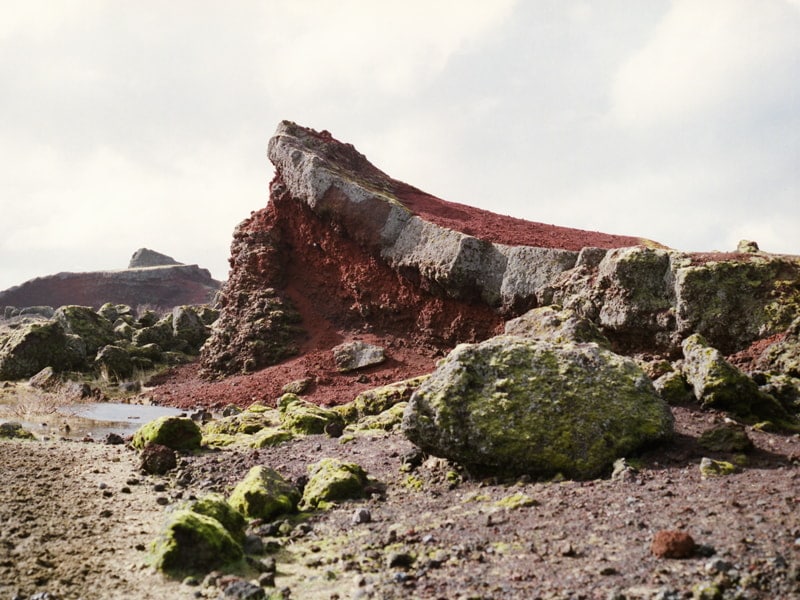 From September 30, 2021, to January 16, 2022, the exhibition KBr Flama 21, a project conceived to support emerging creation and the next generation of photographers who are embarking on their professional careers after training at photography schools in Barcelona, will be on display at the KBr Fundación MAPFRE Photography Center (Barcelona).

In this first edition, Fundación MAPFRE has collaborated with four Barcelona institutions committed to teaching and studying photography: Grisart, Idep Barcelona, IEFC and Elisava, Faculty of Design and Engineering of Barcelona. As a result of their mutual interest in providing a visibility and opportunities for emerging artists, they came up with the idea of organizing an annual exhibition featuring students from the different schools.

Laura Gálvez-Rhein (Frankfurt, 1998), Blanca Munt (Barcelona, 1997), Gael del Río (Barcelona, 1990) and Gunnlöð Jóna Rúnarsdóttir (Reykjavik, 1992) are the four artists selected for this inaugural exhibition. Their projects were chosen through a process in which the works of students from the above-mentioned schools were viewed by the following photography professionals: Marta Gili, Sergio Mah, Ramón Reverté and Arianna Rinaldo. The exhibition brings together four projects that, in a very personal way, take us to different realities based on the memory of the past or on aspects related to collective identity.

In the first case, Gael del Río and Laura Gálvez- Rhein find in family figures (their father and grandfather, respectively) a motif through which they can unfold their personal stories. Gael del Río presents her mourning for the absence of her father through a subtle and subjective combination of her father’s engravings and her own photographs. Laura Gálvez-Rhein, in her encounter with the trauma of her grandfather Wolfgang, links together in her work, in an exercise of historical memory, the memory of the German war children (Kriegskinder) and the life of her ancestor.

In the second case, Gunnlöð Jóna Rúnarsdóttir and Blanca Munt look at collective histories that shape reality and local identities. The former immerses herself in the Icelanders’ popular belief in ghosts, elves and the huldufólk (hidden people), to compose a dreamlike, multifaceted and contemporary portrait of her country. Meanwhile, Munt directs her gaze towards the daily reality of her neighborhood, focusing more on anthropology than photography, and reveals some of the mechanisms that identify contemporary society, marked by control and fear.

Laura Gálvez-Rhein graduated in photography at the Institut d’Estudis Fotogràfics de Catalunya in 2019 and specialized in Photographic Creation and Reflection at that center. She also completed a course in Documentary and Photojournalism at the Hannover University of Applied Sciences and Arts (Hochschule Hannover).

Her current work explores themes centered on self-knowledge and the introduction of new techniques, for which she relies on the mutation of perception and material, interests that gave rise to the projects Parasomnia (2017-2019) and Metasomnia, those which were good failed too (2019).

In the documentary field, she covers social issues with an anthropological approach, having a special interest in identity and individual, collective and historical memories. Her emotional approach to everything she tackles sometimes distances her from the academic precepts of reporting and documentary photography. She perceives the image as a tool with which to express herself freely, in infinite ways and in endless combinations.

The work she presents today, Ex-Libris, is a documentary series on the biography of Wolfgang F. O. Rhein (born in Berlin in 1937), her grandfather. Wolfgang lives in Steinbach (Taunus), near Frankfurt. He had a practically non-existent childhood and adolescence, with his adult life centered on work. After dropping out of Jesuit training, he began his career as a German teacher in various locations. Now retired, he continues to teach refugee women as a volunteer.

Ex-Libris uses photographic collage to explore the complexity of remembering, forgetting and encounters with trauma. During the creative process, the artist worked with the family archives and material from the Bundesarchiv (German National Archive), compiling a reportage of Wolfgang’s daily life, as he represents the Kriegskinder generation, the children of the war, silenced by the German cultural memory. These are part of his memories, in his words:

«I was poor. I lived in a completely destroyed city, in a street near the big Stalin Avenue (Stalinallee). Everything was completely destroyed. It was very sad. We didn’t stay at home much, we played in the ruins. There was a place where I studied a little bit, but at home there was no room. I don’t have many memories of that time. During the vacations I went to work in the fields. In the war, we were sent to Poland to live with other families with children. Always my mother with the four children. My father had a butcher’s shop, but when I was born, he lost everything. Later on it didn’t matter, because the war would have destroyed it anyway. Then he worked on the railroad. He had to go by train to Poland to transport people. It was very hard, he was always alone. We always dreamed of buying him a car, but he died very young».

Blanca Munt (Barcelona, 1997) graduated in Photography at the Escola Superior d’Imatge i Disseny (IDEP) in Barcelona in 2020. She believes that the best way to convey her ability to create and tell stories is by merging design, photography and video. She is interested in subjects that include housing, architecture, the periphery, landscape, portraiture and society. She conducts research into the culture of fear and paranoia, which led her to produce the project Alerta Mira-Sol (2020), published as a photobook by the Dalpine publishing house, after winning the Fiebre Photobook Dummy Award (2020). Her project Sòl i Sostre (2021) was exhibited at the 7th Mirades de fotografia Festival in Baix Empordà. She has worked as assistant to the photographer Tanit Plana, participating in her project Púber, exhibited at the Centro de la Imagen La Virreina, Barcelona (2020). Together with Borja Ballbé, she currently works as a curator for the digital platform Panorama, where she publishes artistic projects that address issues related to landscape and territory.

Fosi Vegue writes about the work Alerta Mira-Sol: «In 2019, photographer Blanca Munt participated in a neighborhood chat created to monitor her neighborhood and warn of possible home burglaries or other suspicious occurrences. What was initially presented as an effective neighborhood tool soon became a source of conjecture, suspicion and paranoia. The apparently peaceful coexistence of the inhabitants of a neighborhood of bright streets and standardized housing began to take on water, not only because of the genuine existence of burglaries, but also because of the utter breakdown of the idea of community when individual security was at stake: now, not only would suspicion fall on strangers spotted in the vicinity because of their appearance or attitude, but it would also affect any neighbor who did not faithfully comply with the group’s mission. The photographs in Alerta Mira-Sol are interwoven with other sources of information and the mental images that we generate as we get to know the interested parties’ points of view through the eyes of each of the protagonists in this scenario -neighbors, suspicious characters, police, local authorities- all of which speaks deeply to our own fears and contradictions. In her own words, Blanca Munt proposes in Alerta Mira-Sol a «reflection on the tension between the privilege of living in a peaceful place and the constant feeling of latent threat as part of the current culture of fear».

Gael del Río (Barcelona, 1990) graduated with a degree in Architecture from the Escuela Superior de Arquitectura de Barcelona in 2015. She stumbled upon photography in the final stretch of her degree, during her exchange year at the Royal Melbourne Institute of Technology. There she took the subject «Architecture After Dark», taught by the architectural and landscape photographer Erieta Attali. From that moment on, her personal and professional life veered ever closer to the medium. She studied the discipline at the Institut d’Estudis Fotogràfics de Catalunya (IEFC) and at the Grisart school. Nowadays, her professional work is dedicated to architectural photography while she develops personal projects that have been exhibited in Mutuo (Barcelona), the Voies Off festival (Arles), and Fotofever (Paris) among others. Her photobook Evocare was a finalist at the DOCfield Dummy Award 2017.

As Luca Bani points out, Evocare is Gael del Río’s first work, an «autobiographical project that was conceived with the death of Carlos del Río, the artist’s father, and investigates the relationship between her own artistic pieces and her father’s graphic work. The latter, a surgeon by profession but also an art lover, dedicated an important part of his life to painting, sculpture and engraving. When he died at the end of 2015, the author turned to photography to confront her pain and convert what she felt into something tangible.

Through this work, Gael del Río offers us an intimate and sensitive look at grief. The revelation of the family bond brings us comfort and, in a certain way, proffers a sense of loss, understood as a crucial moment of generational transition. Her desire to translate the intangible into images leads her to transcribe emotions through the camera, giving rise to suggestive and poetic photographs, full of evocative elements. They are images that speak of absence and loss, in which the centrality of the  photographed subject underlines the individuality and subjectivity of the project.

The author transports us to her inner world, made up of scattered, isolated, solitary objects that dialogue with the plastic art of her father, a compendium of ideograms full of hidden meanings. A conversation between two juxtaposed personal visions that suggests a formal and conceptual connection between the two generations of artists.

However, what is the true essence of this connection? How far does the link between the two bodies of work go?

In these questions lies the strength of the project, a work that leaves the viewer the stimulating task of discovering, or rather, imagining the multiple interpretations that each piece permits, either in itself or in relation to the others, and that lays bare links that are often impalpable and difficult to describe in a medium such as photography.”

Gunnlöð Jóna Rúnarsdóttir (Reykjavík, Iceland, 1992) graduated from the Reykjavik School of Photography (Ljósmyndaskólinn) in 2018. There she attended an introductory course in photography and became fascinated by this discipline. With fierce passion and keen to learn more, she moved to Barcelona to continue studying. In summer 2019, she obtained a Master›s in Photography and Design from Elisava, Barcelona School of Design and Engineering. She currently lives in Reykjavik and works full time as a photographer. She has always had a great passion for art, both visual and scenic. Most of her projects deal with what it is to be human, to dream, to live, to feel and to die. In addition to her personal series and long-term projects, her work focuses on portraiture.

The author herself refers to her work, Obscure Presence, in this way: «Coming from a small, isolated island with extreme weather and landscapes that seem otherworldly, we Icelanders have a unique bond with the unknown.

We tend to believe in ghosts, elves and huldufólk (hidden people), and many of us feel a connection to these supernatural creatures. According to a 2007 study by folklore professor Terry Gunnell, most Icelanders do not rule out the existence of ghosts and elves; in fact, many are utterly convinced that they exist.

The extreme isolation of the people, who have lived in huts since time immemorial, could be at the root of their experiences with the supernatural. But how can we explain these beliefs today?

I interviewed Icelanders who had personal stories of supernatural experiences and used those narratives as the basis for my images. Early on in the process it became clear to me that most of those stories had a common theme and a similar atmosphere. My work Obscure Presence is aimed at showcasing these tales and creating a series of images that underline that atmosphere.”