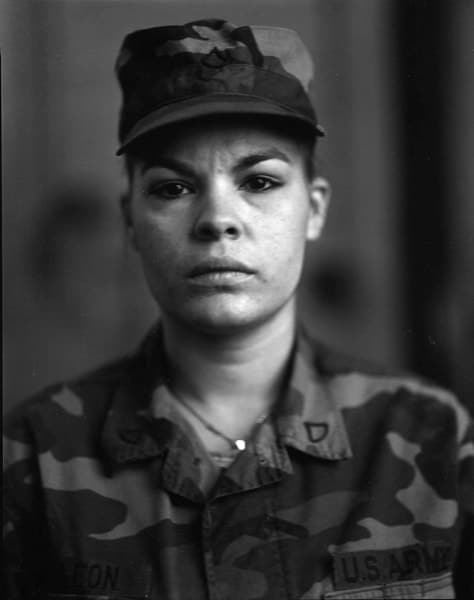 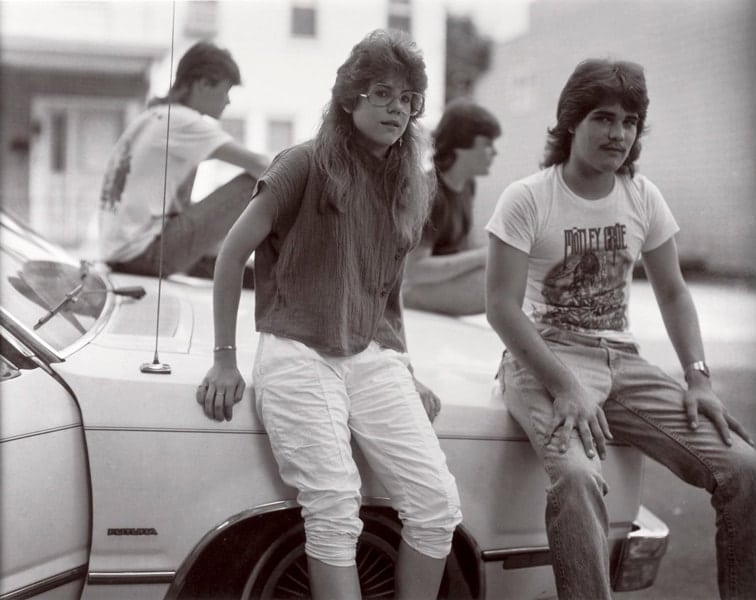 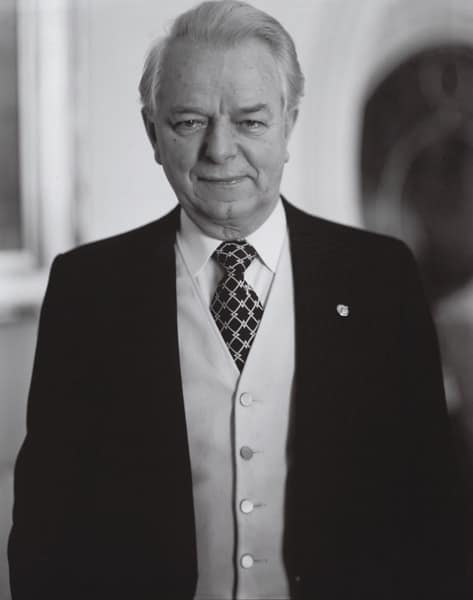 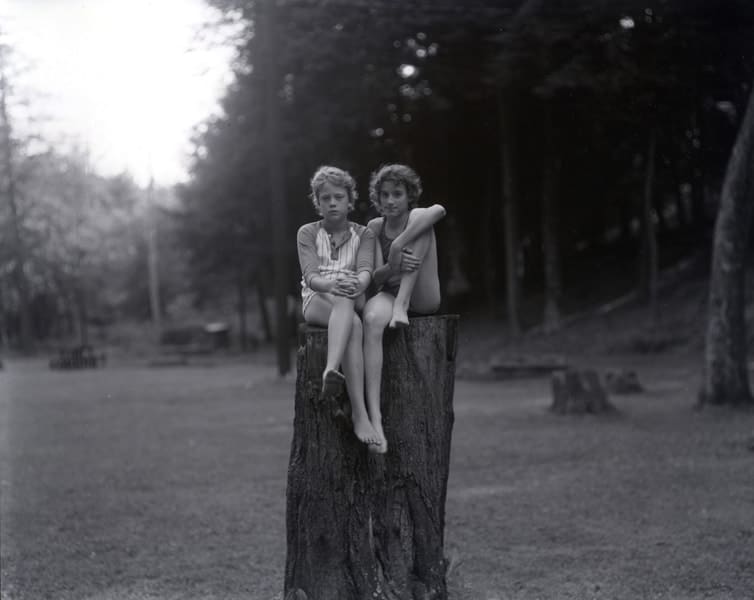 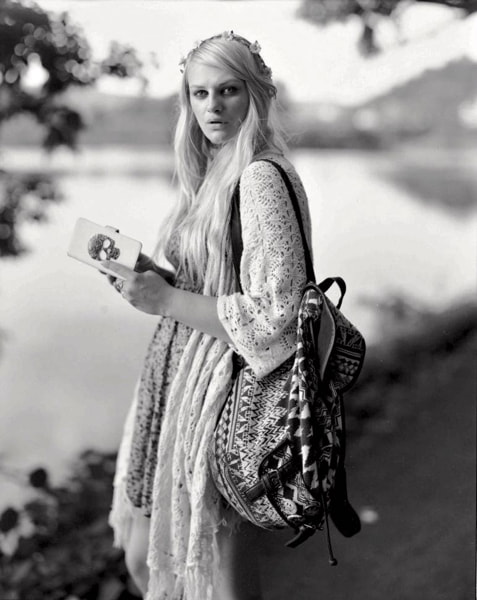 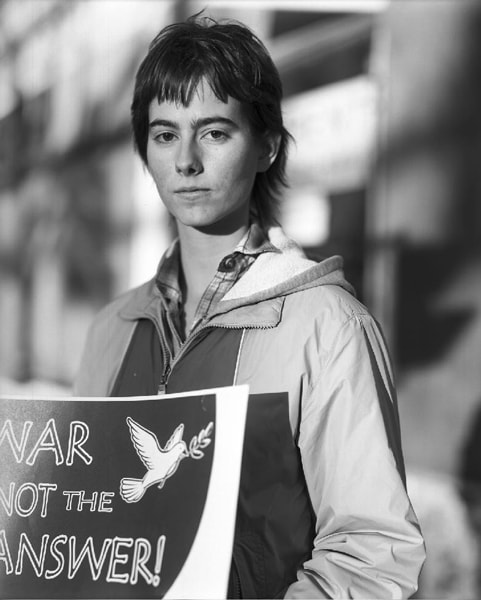 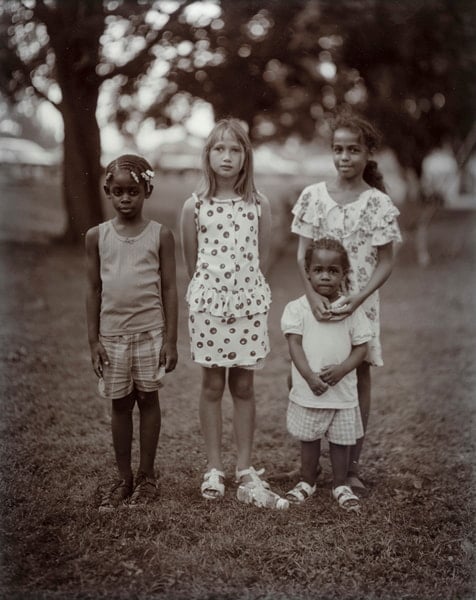 Fundación MAPFRE presents a wide-ranging retrospective of the American Judith Joy Ross (Pennsylvania, 1946), based on the photographic archive that the artist has been developing over the last forty years. Along with her best-known pieces, the exhibition also features previously unpublished material, providing an updated look at her work. From September 24, 2021, to January 9, 2022, this exhibition can be viewed at the Sala Recoletos in Madrid.

Since the 1980s, Judith Joy Ross has primarily focused on portraiture. With a documentary approach inspired by the work of artists such as August Sander, Walker Evans, and Diane Arbus, she is able to portray complete strangers with a very particular sensitivity. The author organizes her work by groups. To date, there are approximately twenty known works taken over several years, others developed in just a few days.

She began taking photographs in 1966, but it was in 1982, in Eurana Park, a grove of trees where she used to go with her family when she was a child, that her passion for the medium r eally took off. After the death of her father, the artist found photography to be a way to deal with her grief. She also realized that it helped her to better understand the world around her. Her images, far from any degree of pretentiousness, have the ability to bring together the pas t, present and future of the individuals who pose in fr ont of her camera. She is not a typical s tudio portraitist, nor does she go out into the s treet to capture a specific subject. Rather, she works by subjects, which she refers to as “occasions”, and in each image she takes she establishes a sense of recognition between herself and the subject, although this identification lasts only an instant, the time she needs to take the photograph.

In Ross’s work, we can appreciate two clearly differentiated lines: on the one hand, those projects with a more social character; on the other, those of a personal nature. Her first research in the latter vein was in the aforementioned Eurana Park, where, for two summers in a row, she photographed the children and teenagers who flocked to the site. Along this path of memory retrieval, she also returned to Nanticoke, a small town in northern Pennsylvania where her father had run a convenience store and where she photographed what was left of the store’s facade and the café where she used to have breakfast with her mother and father. All these images are imbued with a patina of nostalgia with which the artist recalls her past, perhaps with the intention of overcoming her loss.

From her earliest days Ross used a large format 8 x 10 inch camera and worked with direct print copies that she then dipped in a gold solution to add luminosity, working in a range of cool gray and plum brown tones. In 1983, upon learning that the design for the Vietnam Veterans Memorial in Washington was completed, she decided to go to the site to try to give meaning to the war that, between 1959 and 1970, had cost the lives of thousands of people on both sides. Throughout that summer and the next, Ross photographed mourners of the dead and visitors. Later, some of these images were chosen by John Szarkowski for the exhibition New Photography (1985), at MoMa, which introduced her as one of the new talents of the medium.

After this experience of grief, the author felt drawn to all those politicians who had decided to embark on that senseless war. This interest coincided with what is known as the Iran-Contra scandal, in which the press revealed, during President Reagan’s term of office, the secret sale of arms by the government in exchange for the release of hostages in Iran and Nicaragua.

Between May 1986 and May 1987, the artist took hundreds of photographs of congressional representatives and their aides, both in and around the Capitol. The result was more than a hundred images of great beauty, imbued with intimacy and humanity.

In 1990, influenced by August Sander’s “People of the 20th Century” series, in which the artist presented a wide range of social archetypes, she focused on working-class people in a project she titled “Jobs”. Although this was not a new motif, she explored it more intensely during this period. She visited auto parts dealerships, doctors’ offices and town halls and captured the essence of these people with such intensity that it is har d to imagine them doing anything else. For this project, she was able to gain access to the Bethlehem Armory where she captured the reservists who, on red alert, were suddenly called to the Persian Gulf as part of Operation Desert Shield, following Iraq’s occupation of Kuwait. In addition to these portraits, the photographer also took images of local demonstrations in support of the troops.

After winning the Charles Pratt Memorial Award in 1992, Ross tackled a series on public education. For three years the artist photographed the interiors of schools and returned to her own, in Hazleton, where her siblings and mother had also attended before her. These photographs form a collective portrait of public education in North America through its teachers, kindergarten, elementary, middle and high school students. On this occasion she focused once again on memory and remembrance, as she herself points out: “I don’t want these images to explain what school means in a documentary sense. I want it to be an emotional journey. I want the viewer to reconnect with what it means to be a child again.”

In the mid-1990s, African Americans were in the minority in the Lehigh Valley, where the author was living. In the summer of 1998, she decided to drive into one of the most impoverished areas in northwest Philadelphia and set up her camera in a park. With the help of a city employee, she began to take portraits of the children playing there, as well as some of the participants in various youth and church social programs. These portraits radiate an intense presence in a context of violence and misery.

The 9/11 attacks in New York and Washington D.C. and the Afghanistan War motivated the artist to undertake a series of projects in which she decided to abandon her neutral approach to her work, because, as she noted, “I wanted to be honest about my feelings of hatred for war.” In 2008, an exhibition was held in Bethlehem entitled Eyes Wide Open, sponsored by the Quaker American Friends Service Committee. Encouraged by this event highlighting the human cost of the wars in Afghanistan and Iraq, Ross explored this theme. She photographed, on the one hand, individuals attending the aforementioned exhibition during its tour of western Pennsylvania, and on the other, people demonstrating with their protest messages written on placards, in Pennsylvania, Arizona, and Washington, D.C. Together, these portraits resulted in a small book whose cover read: PROTEST THE WAR. When it was finished, she distributed the publication to members of Congress, naively hoping that she could bring about some kind of change.

In 2007, the production of the direct printing paper that the artist had used throughout her career ceased, leading her to start working mainly in color, a realm that up to that moment she had not tackled. She then began to use soft muted colors, with strong flashes, giving her images an aura similar to that she used to generate in black and white. In recent years the artist has returned to shooting in black and white, and her images have become more essential, less anecdotal. The portrait of a young woman adorned with a wreath of flowers and a cell phone in her hand, embellished with a skull sticker, and entitled Persephone (2015), reveals, in the words of the show’s curator, Joshua Chuang, “the goddess of the underworld it seems, but it is Judith Joy Ross who fearlessly peers into the mystery of her being, taking it all in.”