Social Innovation to change the world

Social entrepreneurship projects are striving to tackle the challenges posed by the Fourth Industrial Revolution. With this first edition of the Fundación MAPFRE Social Innovation Awards, we wish to reflect this important trend and support innovative solutions designed to improve the world in which we live.

Social innovation is being put forward as the way to resolve both old and new problems. This is made clear by the interest shown in the first edition of the Fundación MAPFRE Social Innovation Awards, run in collaboration with the IE Business School. The call for applications proved highly successful; close to 500 projects were finally selected and are now being analyzed. The top 27 will compete in three semifinals in Brazil, Mexico and Europe. Later, in October, the nine finalists will do battle in Madrid.

But, what is social innovation?

According to the European Commission, the concept of social innovation is “the development and implementation of new ideas (products, services and models) that simultaneously meet social needs and create new social relationships or collaborations.” As so often happens when attempting to summarize a complex concept in a single phrase, this definition falls short as regards capturing the essence of one of the phenomena that has become the dominant factor in recent years throughout the world.

Globalization and the technological revolution are bringing about both economic and social changes. New problems arise as the technology gap, the progressive aging of the population or climate change – and other old ones such as poverty, inequality, health or education – become more pronounced. Problems that call for swift, imaginative response, yet governments and large corporations, with their complex structures and sluggish bureaucratic processes, are not always in a position to offer. This is where the leading role can be taken by a multitude of entrepreneurial initiatives emanating from civil society which focus on solving concrete problems through technological or organizational innovation. 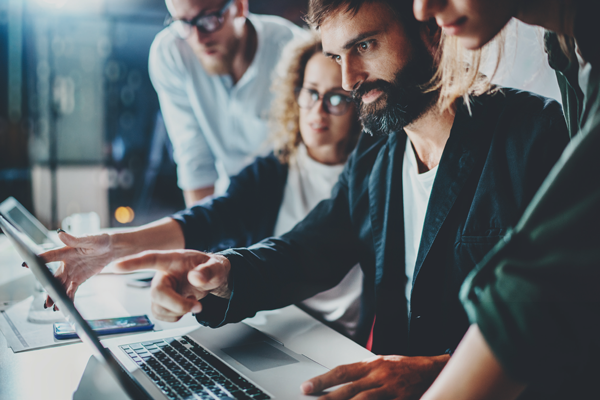 “Innovation has traditionally been associated with other sectors of activity and we have somewhat left to one side two of the most important: the environmental and social. In recent years, however, the trend has clearly changed and we increasingly see ever more social entrepreneurs and startups committed to socially responsible, green economy projects,” states José Moncada, CEO of Bolsa Social.0> This social impact investment platform, duly authorized by the Spanish National Securities and Exchange Commission (the “CNMV”), puts investors in touch with companies whose values produce a verifiably positive impact on society and the environment.

Víctor Hugo Guadarrama, coordinator of Strategic Science, Technology and Innovation Projects of the Mexican FCCyT (Scientific and Technological Consultative Forum), believes that social innovation entails adopting new approaches to old problems. Created in 2002, among the prime objectives of this body is to promote innovation in all its variants, including the social dimension, in order to encourage improved living conditions for the Mexican population. “Social innovation means being strategic, ambitious and collaborative in the quest for ways in which society can enhance its living conditions, through the mobilization of the necessary resources and partners. Technological innovation is not enough; rather, enhancing the quality of life of our society with a vision of inclusion and sustainability is fundamental,” he argues.

Countries such as Colombia have also understood that technological innovation alone is not enough and that it is necessary to adapt it to the particular needs and circumstances of the region of the world where it is to be implemented. Social innovation is the tool that enables both dimensions to be connected in a single project. “Colombia is making a great effort to develop technologies such as robotics, data analytics or artificial intelligence, both from the Government, by promoting a favorable regulatory framework, and from universities through their research work,” explains Valerie Elisabeth Gauthier, of the Faculty of Natural Sciences and Mathematics at the Rosario University in Bogotá.

“Technological innovation is not enough; rather, enhancing the quality of life of our society with a vision of inclusion and sustainability is fundamental,” Víctor Hugo Guadarrama (FCCyT)

This specialist manages an open innovation laboratories project that puts the focus not only on the technological side, but also on the social aspect. “We Colombians are highly creative and we can be really innovative. But, at the same time, the country is in a postconflict situation and we cannot cut ourselves off from that reality. If we limit ourselves to replicating the experiences of other countries, we won’t achieve good results. In order to take an Internet of Things or renewable energy project to a region in which there maybe even is no electric light, it’s essential to start by getting to know the people very well and listen to them.”

While the social innovation concept is not new, it was not until a few years ago that it began gaining prominence. A changing trend that is due largely to growing awareness in the public opinion of the need to adopt more sustainable models. “The crisis played its part. We began to realize that things have to be done in a different, more transparent fashion,” remarks Casilda Heraso, Entrepreneurs Selection manager at Ashoka Spain.

This diagnosis is shared by Tadashi Takaoka, manager of Entrepreneurship at the CORFO (Production Promotion Corporation), the government agency in charge of supporting entrepreneurship, innovation and competitiveness in Chile, one of the most active countries in regard to social innovation. “Previously, it was believed that if an employer was doing well, then the country was better off due to the taxes, and that this benefit trickled down to the other levels. In practice, however, that has not happened, and people have started thinking ‘what effect can my solution have if I don’t simply think about making more money?’”

What are the advantages of this new model?

“What really makes countries grow is disruptive innovation and this has been an inherent trait of social innovation. The most social solutions are probably the most likely to survive in the long term, given that the power of the end customer and public opinion is ever greater. Moreover, they generate a much more scalable impact on societies in which issues such as inequality are becoming a real headache for governments,” Takaoka stresses. The Mexican Víctor Hugo Guadarrama underscores the concept of change of approach. “The interesting thing about social innovation is that it does not envisage problems as such, but rather it focuses on the challenges and opportunities this situation offers for social advancement.” 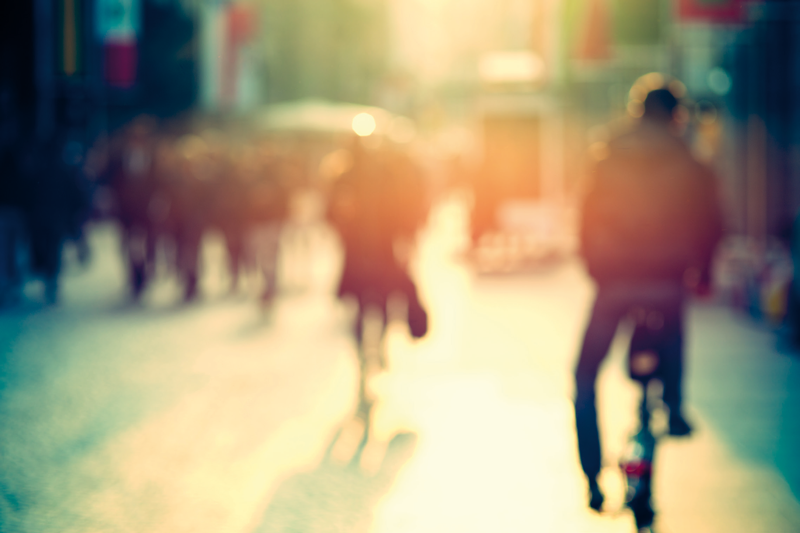 As well as helping to respond to problems, social innovation has a global spirit. One of the institutions that personifies this transnational character is Ashoka, created in 1981 in the United States by Bill Drayton. Today, this non-profit organization provides economic and organizational support to 3,400 social entrepreneurship projects in 90 countries, making it the largest network of social entrepreneurs in the world. Among its objectives is to multiply and accelerate the impact of these initiatives, 32 of which are in Spain. “We seek projects that are systemic, that is to say those that are truly transformative throughout their sector and are scalable at both the national and international levels,” explains Casilda Heraso. For this expert, there is no typical profile for a social entrepreneur, but there is a common denominator in all of them: “They are people who have detected a social problem, often because they have suffered it firsthand, and are thus determined to – and almost obsessed with – finding a solution,” she declares.

This is the case of Luz Rello, a Spanish researcher who, at the age of 34, has already received numerous national and international awards for her work in the field of dyslexia. Her project, Change Dyslexia, is fruit of her own experience. Dyslexic, yet undiagnosed, when she was a child, for a long time she frequently experienced academic failure, until one of her teachers realized what the real problem might be. Since then, she has endeavored to help other children struggle with a disorder that affects between 10 and 15 percent of the population and which, in many cases, remains undetected. This is why, together with Samsung Dytective Test, she developed an app that detects the risk of pupils suffering dyslexia by means of a simple 15-minute test. The application is free and has already been used by over 130,000 children in 55 countries. “I set up Change Dyslexia for two reasons. Firstly, because after eight years of research I felt those results should not remain in a laboratory, but rather it was my obligation to make them available to the general public. Secondly, because I realized that good intentions are not enough, that I needed a structure offering technical support. This is essential to avoid the problem with some of the earliest applications we developed, namely that the app ceased working correctly – or simply died – every time there was a software update. The project needed funding and resources to ensure that all these developments reached users in optimum conditions,” Rello says.

“What really makes countries grow is disruptive innovation and this has been an inherent trait of social innovation,” Tadashi Takaoka (CORFO)

Dytective Test is a clear example of the importance of gaining support for these initiatives from both the public and private sectors. However, it is the latter which is forging ahead as regards social innovation. “People tend to think that social innovation and profitability are opposing concepts, but this is not the case; investing in ethical, impactful values also generates a significant economic return,” José Moncada explains. The companies and investors who are committed nowadays to social innovation are seeking a twofold return, he goes on. “As well as the monetary gain, they wish to contribute to the generation of a positive impact on society and the environment, fostering equal opportunities, enhancing quality of life and boosting sustainability.”

The top 27 compete in the semifinals

At the start of the year, Fundación MAPFRE, in collaboration with the IE Business School, launched the first edition of the Fundación MAPFRE Social Innovation Awards. This initiative aims to identify, support and afford visibility to innovative solutions with great potential for social impact in Brazil, the rest of Latin America and Europe. These awards are seeking those projects with the greatest capacity for social transformation, as well as initiatives that resolve and improve specific aspects in each of the three categories:

The call for applications, which closed at the end of April, was a resounding success, with 462 projects presented. The competition was open to all those projects from the social innovation community in general: students from universities and business schools, scientists, university researchers and faculty, as well as entrepreneurs with innovative ideas. Currently at the semifinal stage, the event will be entering the final phase next October, when the finalists present their proposals before a panel of experts in Madrid. The evaluation criteria the jury will be applying to choose the three winners will take into account aspects such as the potential social impact of the projects presented, their innovation and feasibility, the capacity and experience of the team developing it, the maturity of the idea and associated legal aspects.

Both semifinalists and finalists will receive support, guidance and assistance through mentoring and coaching processes. Likewise, direct funding will be forthcoming for the winners of each of the three categories in the form of a 30,000 euro cash prize from Fundación MAPFRE, in addition to greater visibility before potential funders.