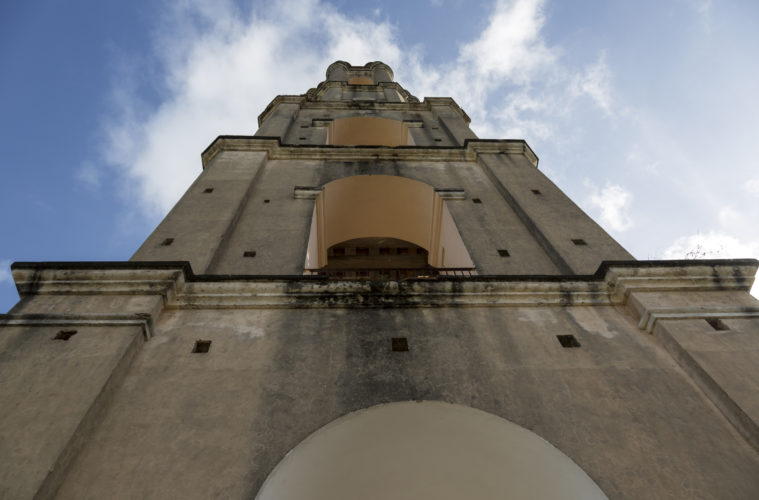 The insurance of slaves

The collection of the Insurance Museum consists of a significant number of documents dealing with the most relevant aspects of insurance activities. In this issue of the La Fundación magazine, we are launching a new section that will analyze curious pieces or those whose history is worth knowing.

The piece on display at the Insurance Museum, which we wish to highlight on this occasion, is an Acta de Adhesión [Adhesion Document] which included the list of the insured assets, as well as the risk assessment. The object of the policy was to cover the lives of the slaves (in this particular case, female slaves) who worked on the San Miguel de Macurijes sugar cane plantation in Cuba (currently the municipality of Pedro Betancourt, Matanzas). It is dated 1855 and covers 31 slaves from the company Lavalle y Cía. for a period of four years.

The General Mutual Insurance Co. of Cuba for the Lives of Slaves, known as La Protectora, was founded in 1855 and ceased to exist a few years before the independence of Cuba in 1898. The policy guarantees slaveowners compensation for their losses in the event of death and “loss of use resulting from some illness or from any other unforeseen, fortuitous cause, save suicide or the results of brutality” according to article 1 of this document. 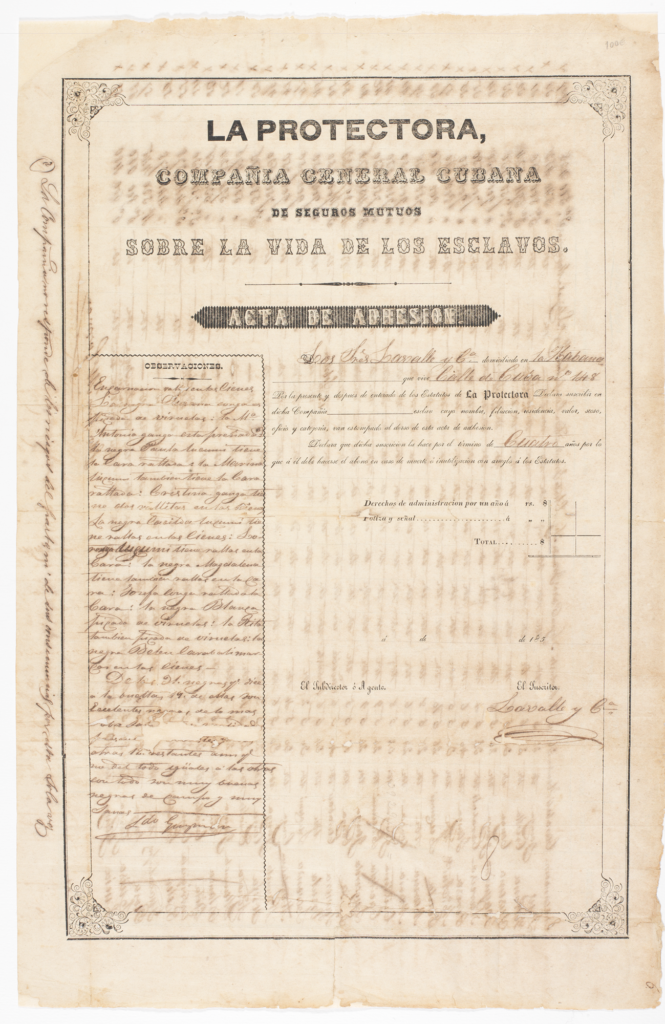 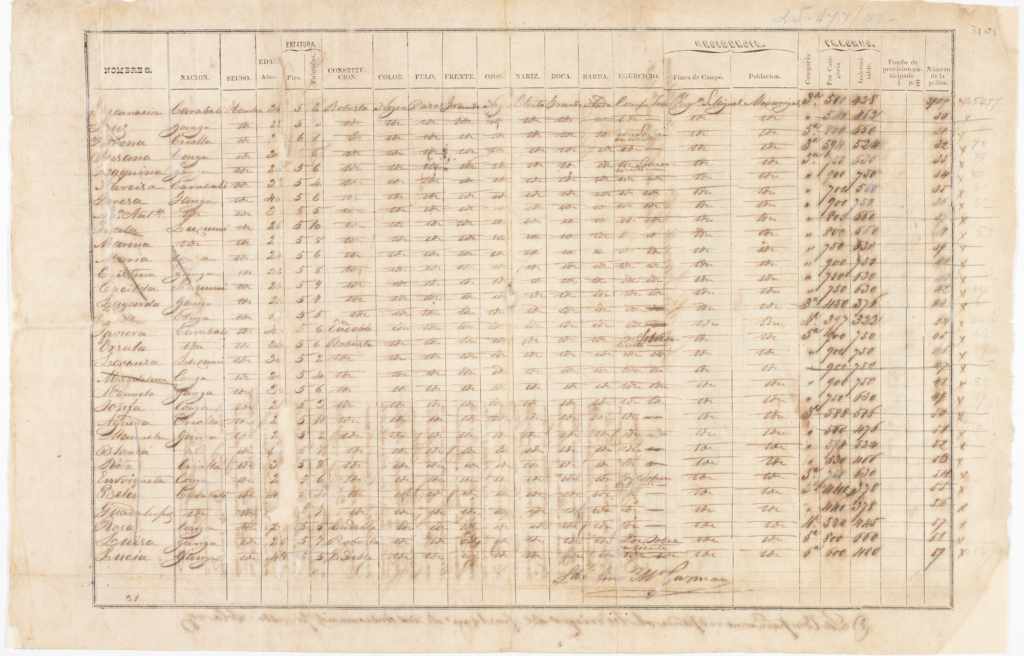 On the back of the document which is preserved in the Insurance Museum, we can read a highly detailed list of the physical features of all the female slaves included in the policy. Truly a 19thcentury spreadsheet: name, country, age, feet (height), constitution, color, hair, forehead, eyes, nose, mouth, residence (plantation and town), category, etc. And a curious addition that can be read in a handwritten note in the left margin: “The company is not responsible for the risks of childbirth nor its consequences on this sole occasion.” This surely refers to the case of one of the slaves (Mª Antonia) who was pregnant at the time of the risk analysis.

Fundación MAPFRE Fundación MAPFRE promotes the knowledge of insurance through its Insurance Museum. This atypical facility is free and seeks to highlight the importance of, and the role played by, this sector throughout its history. This shows how insurance has always supported the development and progress of society by means of its risk-sharing mechanisms

Located in Madrid, at calle Bárbara de Braganza 14, there are 600 pieces on display and a total of 1,300 items conserved in its collection. In addition, all of them can be viewed in a virtual tour of the museum at (www.museovirtualdelseguro.com).