The sinking of the Titanic

The Fundación MAPFRE Insurance Museum preserves among its collection a copy of the Lloyd’s Register of Shipping for the years 1912 and 1913, which reflects the sinking of the Titanic.

It is hard to imagine an accident that is better known, more commented and recreated than the sinking of the Titanic.

The full name of the transatlantic liner was RMS Titanic or Royal Mail Ship Titanic, given that, apart from passengers, she also carried mail under contract with the Royal Mail. It was built on the orders of the White Star Line company to cover the passenger route from Southampton to New York.

As we know, she went down during the night of April 14, 1912. 1,514 of the 2,223 people on board died. It is considered one of the deadliest shipwrecks in history in times of peace. The Fundación MAPFRE Insurance Museum preserves among its collection a copy of the Lloyd’s Register of Shipping for the years 1912 and 1913, which reflects the sinking of the Titanic. Lloyd’s Register of Shipping was an exclusively maritime classification society. It takes its name from the 17th century London coffee house frequented by merchants, marine underwriters and shipowners, all of them engaged in business related to shipping. Edward Lloyd, the owner, invented a system of exchanging information by circulating a printed sheet of the news he received. 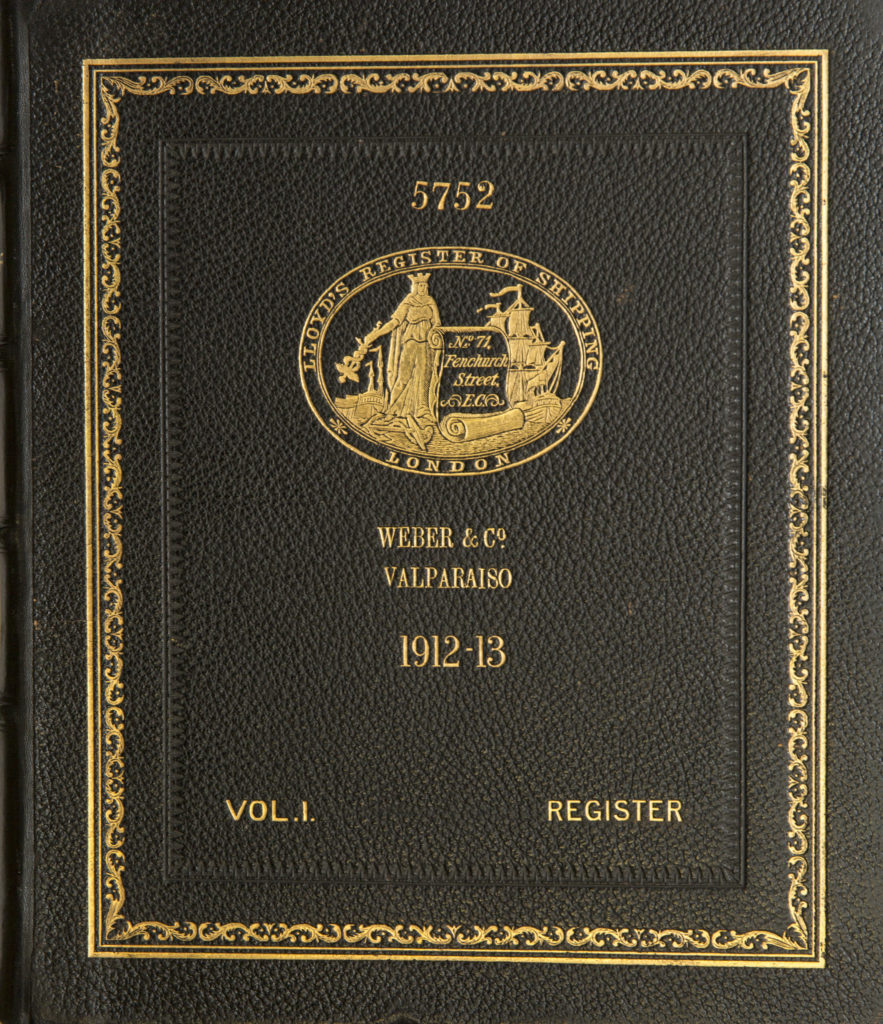 The Titanic in figures

Almost 100 million hits when we search on Google for the word Titanic.

Close to 300 books in Spanish in the ISBN database with the word Titanic in the title, and 572 books in the Library of Congress also contain the same word in the title.

More than 129 titles of audiovisual material (movies, series and documentaries) on the Titanic according to the IMDB (International Movie Data Base).

Several expeditions to research and salvage items from the wreck and, finally, the construction of an exact replica of the ship that will set sail in 2018 under the name Titanic II.

It should be noted that, apart from this historical connection, Lloyd’s Register bears no relation to the insurance market Lloyd’s of London. The society published the first Register of Ships in 1764 to give both underwriters and shipowners an idea of the state of the ships they insured and chartered. With information on all merchant ships of over 100 tons, this register has been published annually ever since.

The book contains a brief reference to the loss of the Titanic where it is stated that “the ship hit an iceberg and sank at lat. 41.16º N, long. 50.14º W on April 14, 1912.” The sinking marked a turning point in maritime navigation. As a result of the tragedy, and in response to the conclusions of the Board of Trade inquiry headed by Lord Mersey (set up to investigate the incident), the British Government initiated the first International Conference on the Safety of Life at Sea (SOLAS). The participants in the conference met in London in 1913 and 1914. Thirteen nations reached an agreement on the use of fireresistant, watertight bulkheads, life-saving appliances, fire prevention and extinction equipment, lifeboats, etc.

On January 9, the brokers Willis Faber & Co. arrived at the Lloyd’s underwriting office to insure the Titanic and her sister ship, the Olympia, on behalf of the White Star Line. Each hull was insured for one million pounds, around 95 million pounds nowadays. Many names were added to the Lloyd’s underwriting slip, covering quantities ranging from 10,000 to 75,000 pounds. The underwriters paid White Star Line the full sum within 30 days of the tragic accident. There is also abundant documentation on the life insurance policies paid out to the passengers, and the numerous claims arising from the disaster. 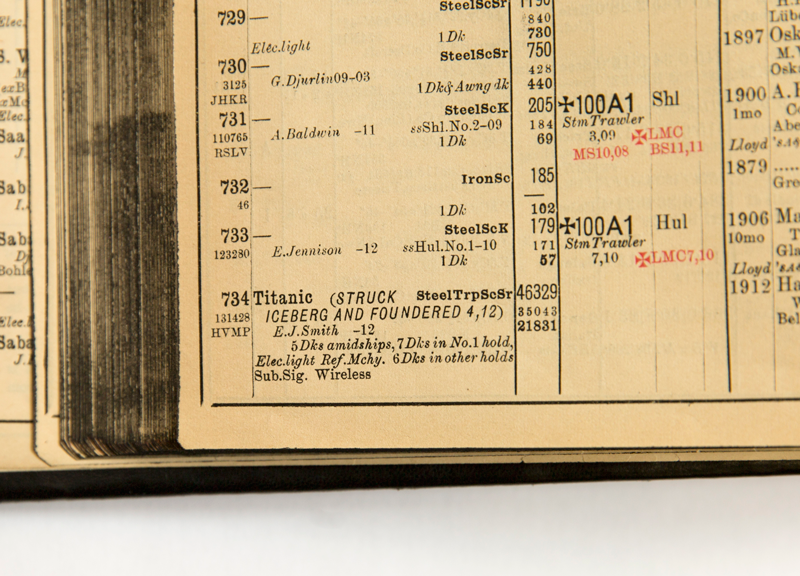