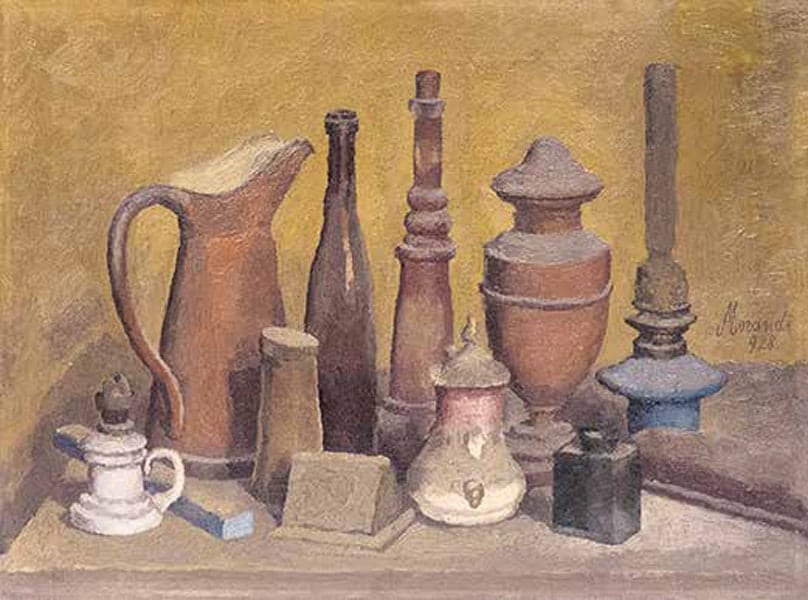 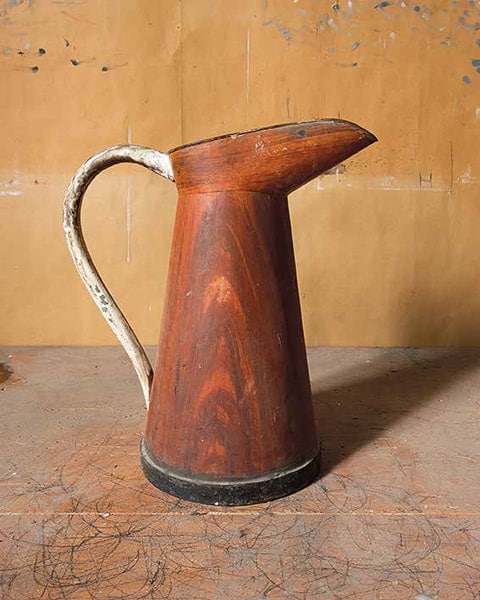 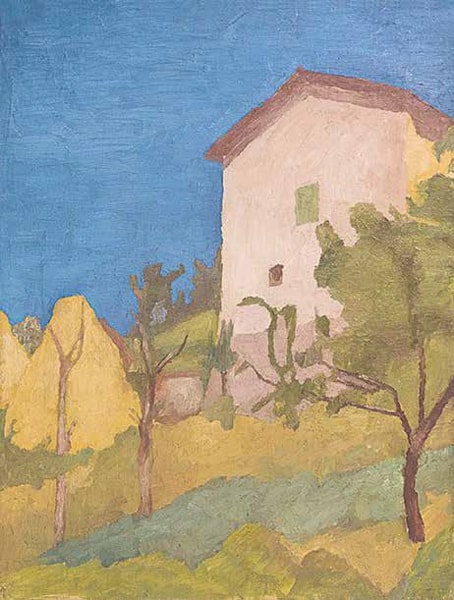 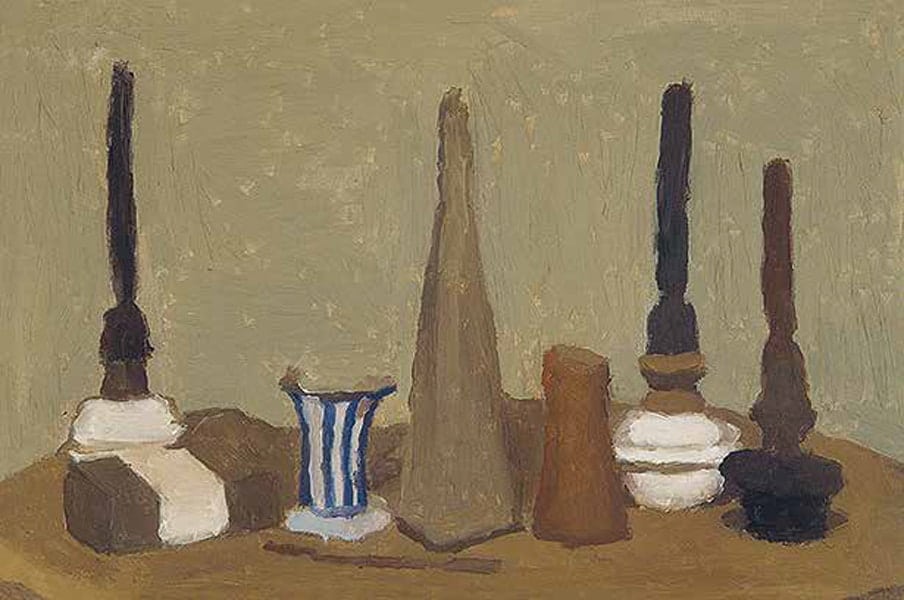 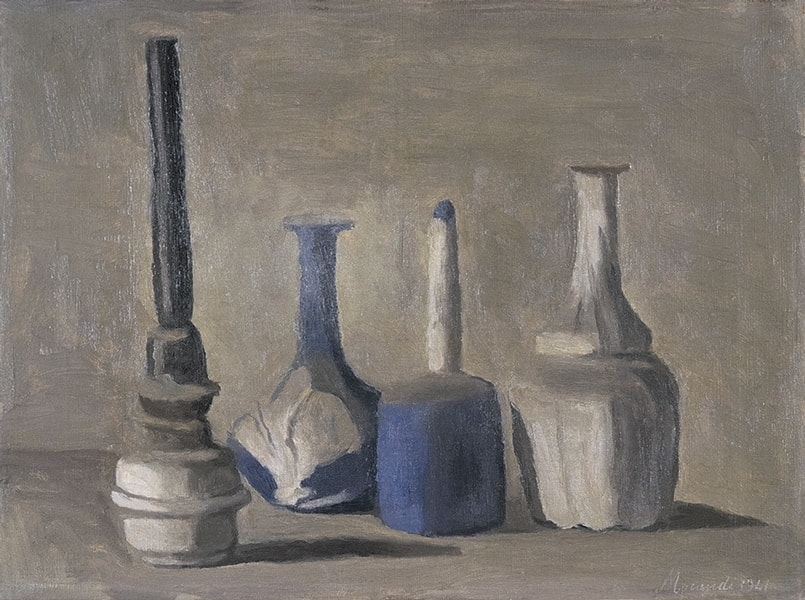 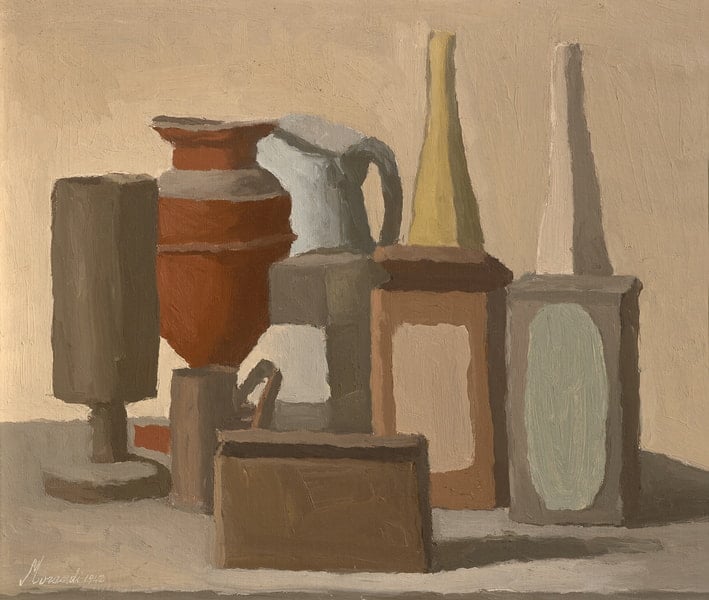 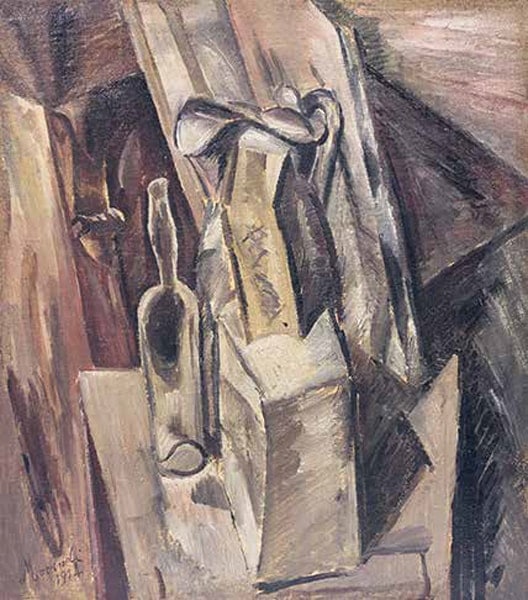 The exhibition Morandi. Infinite Resonance, which will be open from September 24, 2021, to January 9, 2022, at Fundación MAPFRE’s Sala Recoletos in Madrid, takes a retrospective look at the work of Giorgio Morandi (Bologna, 1890-1964), one of the most significant and unclassifiable artists in the history of 20th-century art.

The Italian painter hardly traveled outside Italy and remained almost his entire life in his house-studio on Via Fondazza in Bologna. There he created a body of work in which everyday objects, flowers and landscapes became the protagonists.

His canvases attempt to capture reality as faithfully as possible through his personal aesthetic, silent and suspended, which he constructs using light, color and volumetric values. In this way he crafts works depicting seemingly nothing more than what the painting shows: basic and pure forms, conferring on his compositions a strong sense of the unreal.

On this occasion, his productions are accompanied by a careful selection of works by contemporary artists whose artistic practice has established a fruitful dialogue with the Bolognese master. An artist among artists, Morandi is internationally recognized as one of the key figures in the development of contemporary art.

The exhibition takes a broad overview of Morandi’s art through different sections that deal with all of the subjects dear to the artist, mainly still lifes, landscapes and flower-filled vases. In addition, throughout the exhibition the visitor will find, in dialogue with the works of the Bolognese master, the aforementioned selection of works by contemporary artists who he has influenced. This is the case of Joel Meyerowitz, Rachel Whiteread, the artistic couple Bertozzi & Casoni, and Alfredo Alcaín, to name but a few.

It is well known that impressionism changed our way of looking at things, and also boosted genres considered to be “minor”, such as landscape and still life, which for years had remained in the shadows.

In his flower studies, Morandi turns his gaze to Renoir and works on these types of compositions in a traditional manner. Flores, from 1952 (V. 796), presents a vase that is notable for its verticality, as opposed to the horizontality marking the place on which it rests, resulting in a somewhat unstable equilibrium. Despite the simplicity of the scenes, these vases, which mostly house roses, zinnias or daisies with tight buds, generate a kind of uneasiness in the viewer; perhaps because the arrangements, associated with the ephemeral and the inevitable withering of flowers, remain represented in the painting, eternal and immutable, removed from the passage of time.

The autonomous timbre of engraving

Throughout his career, Morandi produced about one hundred and thirty engravings, exclusively in black. For the Bolognese artist, printmaking was not a complement to his painted pieces, but a mode of expression in its own right; he was convinced that certain “images” corresponded to certain artistic techniques. His learning process was slow, probably by means of manuals, but after ten years of practice he managed to transcribe the sensations of color into the black and white gradations of his engravings. His prints may seem simple, but they are the result of a complex and meticulous process, which, despite everything, does not make the image lose its spontaneity.

He made his first print at the age of twenty-two, in 1912. From that moment on, his activity with this technique would not cease, although there were some interruptions, until three years before his death. The 1920s and 1930s were his most prolific decades in terms of printmaking.

Over time, Morandi turned etching into a technique where he could achieve tonalities, surpassing its use as a procedure to define only the shapes of objects. Chiaroscuro then occupies almost the entire sheet, and the whites of the paper act as an additional color, thanks to the areas of the plate that, left without traces from the artist, remain white after printing. As in his painting, his interest in volumes and light led him to create an atmosphere that seems to envelop the motifs. It is this atmosphere that generates the immediately recognizable aura of Morandi’s style.

The colors of white

Over the years, Morandi’s painting tended towards sublimation, to a progressive reduction of subjects and technical refinement, enhanced by the almost ineffable tonal gradations and a soft brushstroke that began to dematerialize around 1950. The works of this period are extremely simplified and increasingly softened, to the point that motifs are no longer clearly distinguishable and become almost abstract. In 1955. during an interview for Voice of America, Morandi, when asked about this matter, replied: “I think there is nothing more surreal, nothing more abstract than the real.”

In this sense, the color white is fundamental in his aesthetic. Paradoxical as it may seem, in his compositions this “non-color” acquires a very varied chromatic value, with its shades of ochre, ivory, pink or gray. In watercolor, the white of the paper clearly acts as another color, contrasting with the painted areas. A technique that Cézanne applied, and which Morandi also adopted in his engravings.

Contemplating Morandi’s still lifes evokes the feeling of being in a suspended time, almost eternal, impossible to reach. The artist, once definitively distanced from the fashions and movements that came and went in Italian art during the first decades of the 20th century, dedicated himself to the silence of the everyday and domestic objects he found in his studio.

Morandi was capable of painting a canvas in a couple of hours, but he spent a great deal of time beforehand thinking about and studying the composition of the objects, their relationship in space, the possible incidence of light and tonal gradation. His bottles, boxes, and vases, whether arranged as a compact barrier or in a looser composition, always reflect a controlled positioning in which there is nothing casual. The dusty ambience of some of his works is obtained through tonal gradations, with a palette that tends almost to the monochromatic but that reveals, after a second glance, a much richer tonal variation than one might discern at first glance. The same is true of the chiaroscuro variations.

It is as if Morandi saw infinite possibilities in orchestrating the objects in space; in fact, some critics have used musical metaphors to explain his painting. By way of example, Cesare Brandi writes of the “force of a colored note that rises with the purity of a trill, without altering the harmonic order”, and Francesco Arcangeli speaks of a “symphonic peace.”