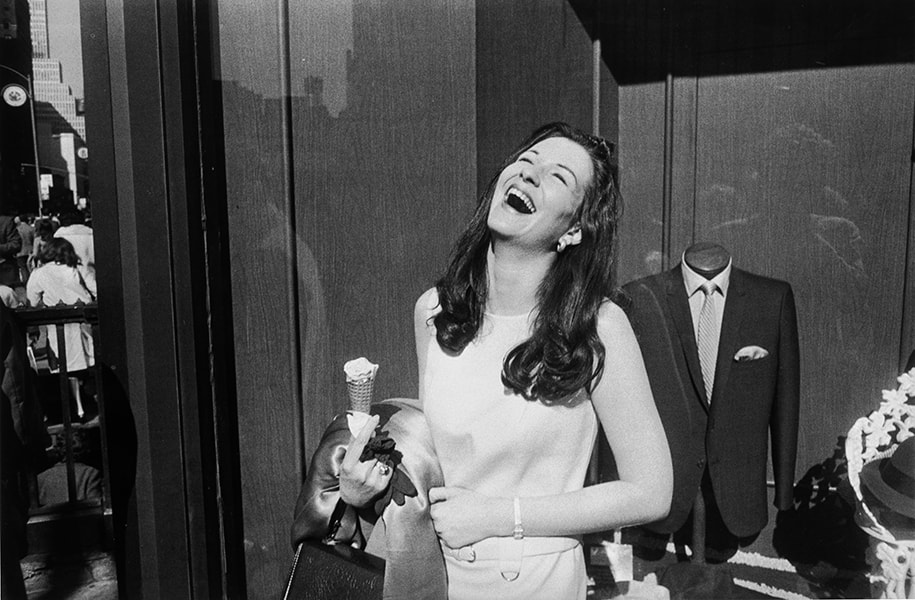 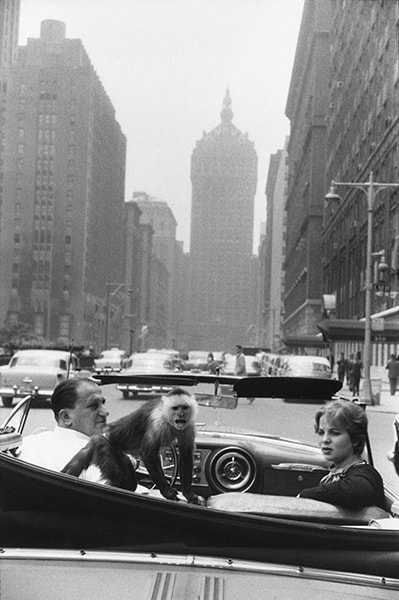 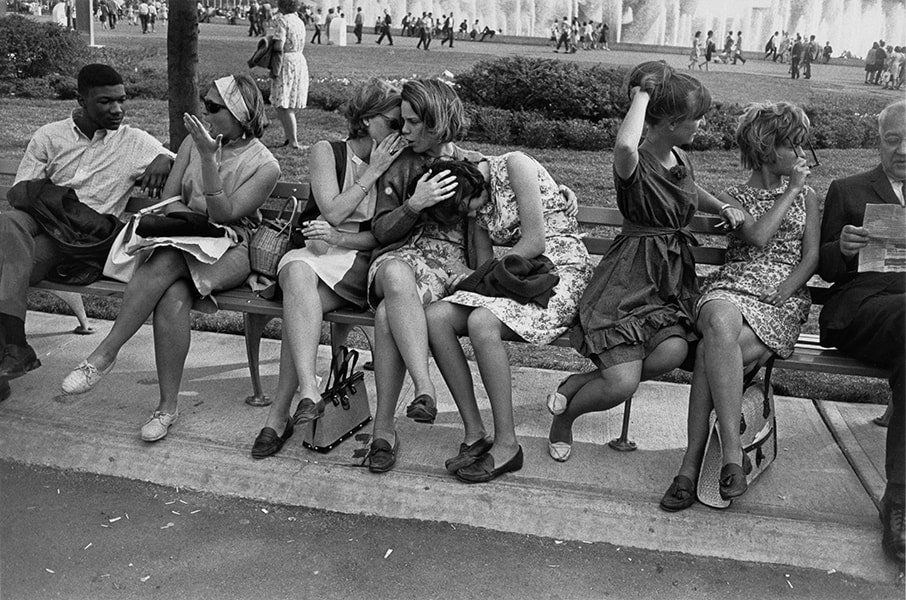 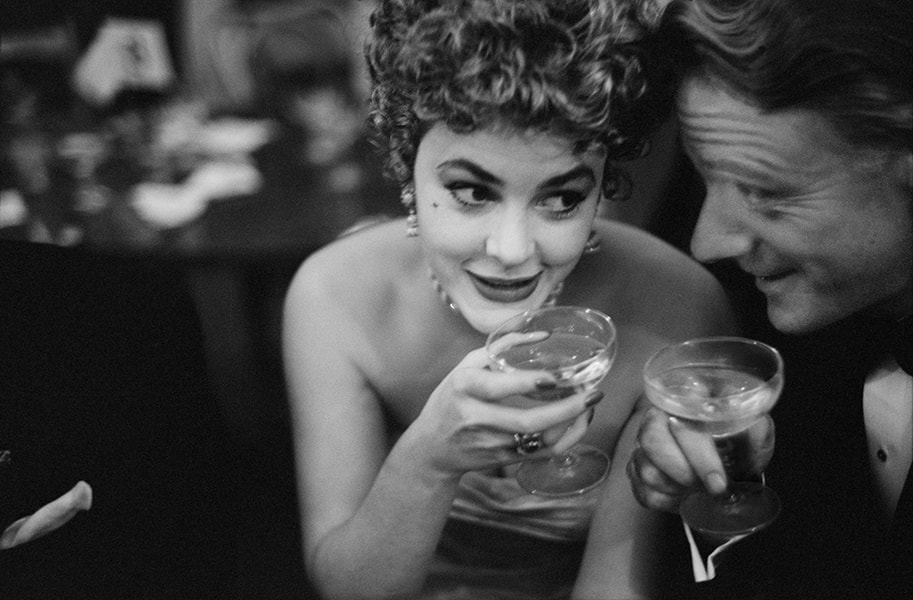 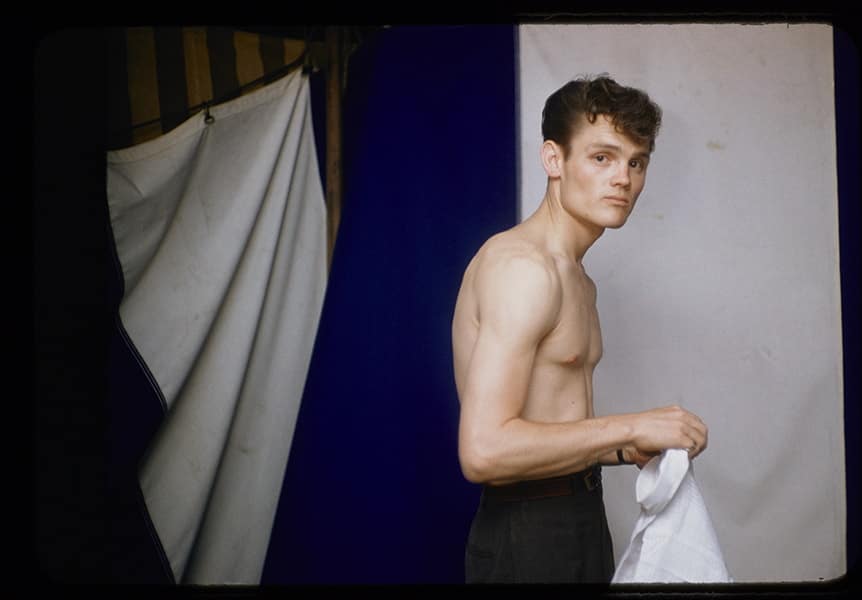 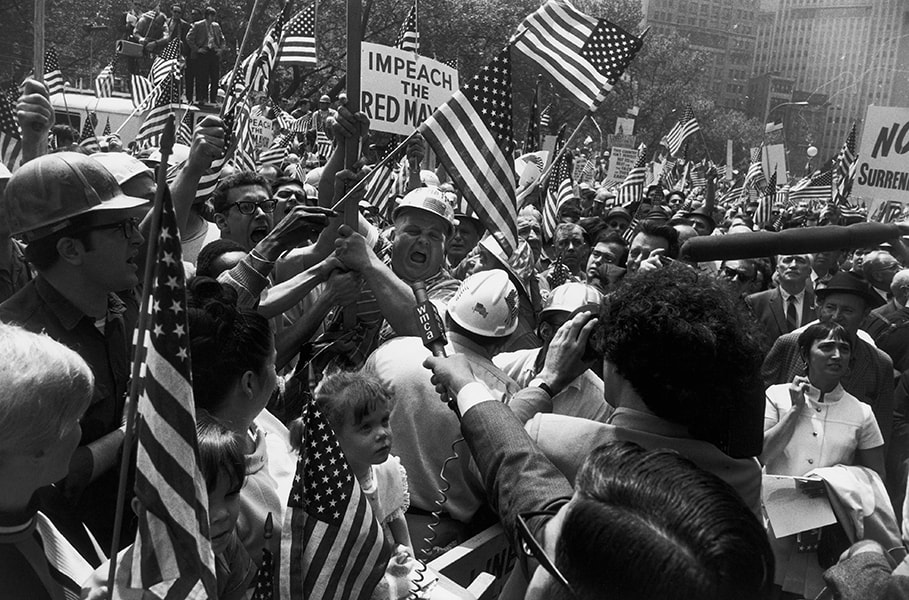 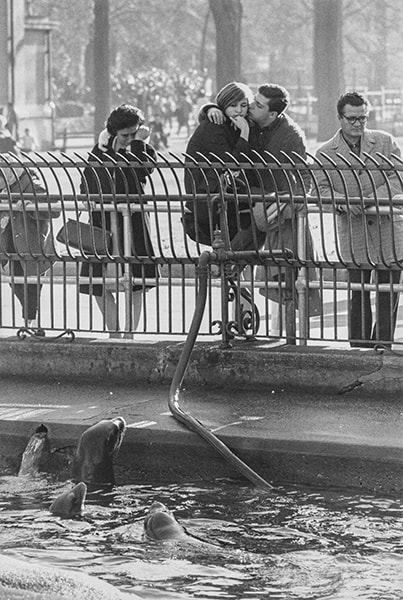 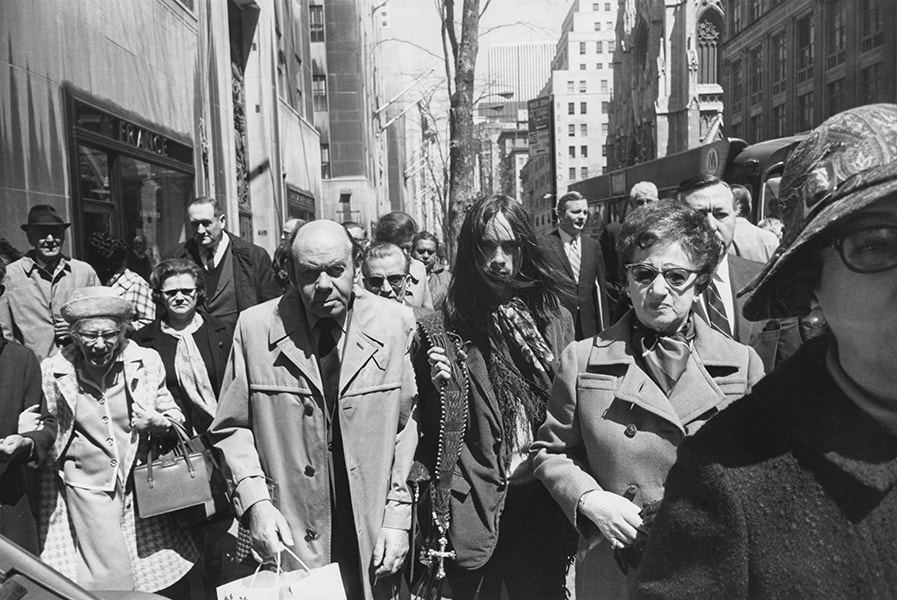 From June 11 through September 5, 2021 the exhibition dedicated to American street photographer Garry Winogand (New York, 1928-1984) can be visited at the Fundación MAPFRE KBr Photography Center (Barcelona). Together with Diane Arbus and Lee Friedlander, he is recognized as one of the key figures in the renovation of documentary photography.

“Healthy and solid, strange and simple.” That was how Adrienne, his first wife, defined Garry Winogrand (New York, 1928-Tijuana, 1984), the same man who, two decades later, claimed that photography was what enabled him to temporarily forget the anger, worry and confusion he found himself wrapped up in.

After graduating from high school, Winogand enlisted in the U.S. Air Force, which sent him to Texas as a meteorologist. On his return, he attended Columbia University with the aim of studying painting, but soon left the classes as he was more drawn to photography. He began working as a photojournalist for the Pix, Inc. bureau, which provided pictures to illustrated magazines, and, from 1954, he accepted commissions from publications such as Collier’s, Look, Pageant and Sports Illustrated. At the age of 22 he definitively left his parents’ home to dedicate himself fully to his new profession. “I was working myself to death. Taking photos, developing them at night, editing them, learning more with each roll, discovery after discovery […]. No college education could have given me what I achieved at that time”, he would say years later.

As soon as he had the chance, Winogand abandoned commercial work to concentrate on his artistic career, although he combined it with teaching. After his first solo exhibition in 1960 at the Image Gallery in New York, he started employing various techniques and resources to capture the city’s life, such as wide angle lenses or the inclined plane, which led him to consider himself a serious photographer. Far removed from all sentimentality, he pursued authenticity and sincerity, both in his life and in his work. His street photos, as well as those he took of animals at the Bronx Zoo in New York — which he frequently visited with his children after separating from his first wife — all manage to capture the spirit of an entire generation that, following a boom period, was beginning to show signs of unease in the face of a world that seemed hell-bent on failure and collapse. The pictures taken at the zoo would comprise his first exhibition organized in a museum in 1969, entitled The Animals (MoMA, New York).

In 1964 Winogrand won his first Guggenheim Fellowship, the highest award a photographer could aspire to in those years. Economically, this allowed him to drive around the United States and capture the essence of the American landscape. He headed to California in the year that was to become the most prolific of his career. In his own words, he took photographs to “find out who we are and how we feel”; and, without doubt, gaining in-depth knowledge of the United States helped him in this endeavor. The pictures from this trip are full of strange people in wide-open landscapes, beaches, children, cars, bulls and horses. Many of these photos, reflecting an explosion of movement and dynamism, are taken from his car, using the windows or windshield to frame the picture.

A few years later, in 1973, he accepted a post as a professor at the University of Texas in Austin, where he gave lessons for the next five years. This period spawned two of his most important books, Women are Beautiful (1975), a project dedicated to the female image he had been working on since the mid-1960s, and Stock Photographs: The Forth Worth Fat Stock Show and Rodeo (1980), based on his photos of the rodeos. In 1978, thanks to his third Guggenheim Fellowship, he moved to Los Angeles, a city he had already visited in 1964. He took numerous photographs there, quite different from those of his New York period. He intended to do a photographic study of the region, but a lot of the images reflect lonely individuals walking the streets or characters off in the distance. It is true that some of them depict crowds, but they are the minority. Sometimes the pictures are taken from the front seat of a car, given that it was, and still is, the most widely used means of transport in that region, where people do not generally walk along the street. In fact, just another example of life, in different cities around the United States.

Although the artist is much better known for his blackand-white photography, ever since the 1950s he had begun to use color in his magazine assignments, which often used these photos on their covers. However, Winogand soon discovered the artistic side of color and began to use it as a further element of his photos, something which set him apart from the sensationalist use other artists afforded it. In a similar fashion to pop art, he turned to the color commonly found in advertising, as well as everyday objects, integrating this feature into photographic practice. With the release of faster color slide films, such as Kodachrome II (1961) and Kodachrome X (1962), his production of these kinds of photos increased significantly. In addition to capturing bright beach scenes, he turned his eye to the city and started depicting streets, parks, office buildings or public squares. At that time, printing color slides was more expensive than shooting in black and white, with the result that the artist tended to present them using a projector. The Winogrand Archive at the Center for Creative Photography in Tucson, Arizona, currently holds over 45,000 color slides and a small sample of one hundred and fifty-two of them is on display here. With this unique collection, this exhibition aims to review and shed new light on the career of an artist who played a fundamental role in this art form, while helping us comprehend the context of color photography prior to the 1970s, when it was widely accepted into the world of art.

In 1971 Winogand had stopped editing his photographs, confident that he would do so when he returned to New York, but he never returned. At the time of his death, aged just 56, he left behind a multitude of rolls developed but not proofed (no contact sheets made), and many other undeveloped rolls. It was the MoMA photo curator John Szarkowski who, thanks to a grant from Springs Industries, Inc., commissioned Thomas Consilvio to process and proof those 2,500 undeveloped rolls. Together with his associate Sarah McNear at the MoMA photography department and other colleagues, they also edited the remaining 4,100. These images were finally included in a section entitled Unfinished Work within a major Winogrand retrospective organized at the MoMA in 1988.

Winogrand’s work, like that of other fellow photographers and colleagues such as Lee Friedlander or Diane Arbus, eschewed the conventions of documentary photography. All of them favored freedom and expressiveness above all else, offering a new vision of this medium, in which the narrative or anthropological concerns of the past remained in the background. The images were valuable in themselves; they depicted fragmented, chaotic scenes, just like life itself. Scenes in which the riddles posed took center stage and which the spectator — and also, in many cases, the photographer himself — had to decipher. Winogrand’s photographs express both enchantment and disenchantment, strangeness and joy, speed and movement, irony and the doubt of a whole society – the American – which in the 1950s was experiencing a period of prosperity threatened by a certain disillusionment difficult to ignore. This concern came to a head from 1960 onward: the threat of nuclear weapons loomed ever larger on the horizon, finally leading to the so-called “missile crisis”; race riots broke out; there seemed no end to the war in Indochina and then in Vietnam, and, on November 22, 1963, President John F. Kennedy was assassinated.