Fundación Aladina has received the Fundación MAPFRE award for Best Social Action Initiative, for its psychological care program for children and adolescents with cancer and their families, which caters to over 1,500 people each year.

“I was born into a healthy, loving family; I have enjoyed good health and love; I was educated in the best schools and universities; I’ve been able to fulfill my dreams, but I suffer tremendously thinking ‘why me?’ when many others cannot.” Paco Arango (Mexico, 1966), singer, entrepreneur, producer, writer and film director, heir to the VIPS Group, was struck by this conflicting notion in 2001, when he was producing the successful Spanish TV series for TVE ‘Ala… Dina!’ “I told myself that I had to return my luck, urgently, in some way… I asked someone in what way I could help, that I wanted to give up some of my time to some complicated solidarity cause. A week later he called me and said: ‘Start at the Niño Jesús Hospital, with children with cancer.’

”Four years later the Aladina Foundation was formed and, now, it has received the Fundación MAPFRE award for Best Social Action Initiative, for its psychological care program for children and adolescents with cancer and their families, which caters to over 1,500 people each year.

Aladina Foundation is a success as an organization, but also in terms of recognition. How do you receive this?

Our work is truly vocational and so we warmly welcome any awards we receive, but within five minutes of leaving here we are working again for the children… The awards are important as this is the only way that the Foundation can keep growing. We make a lot of noise in Aladina; I have wonderful people in it, but at the same time we wear our heart on our sleeve. We cry, every time we lose a child we all cry together. We know them all by name and that is rather unusual; it makes us very unique in so many ways. 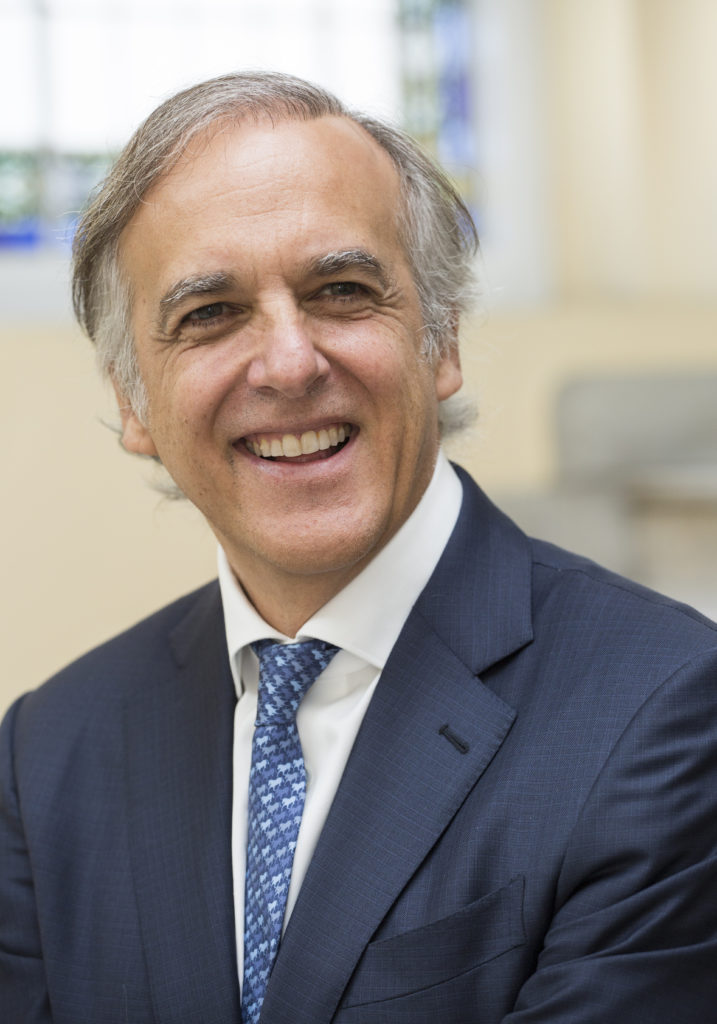 Do you remember the first child you met as a volunteer?

Yes, of course… All of them. One of the girls ended up being a volunteer with me. And, sadly, she died when she was 28. She was going to be a Paralympic athlete, as she had lost a leg. And another was a boy who… we lost him.

Such personal treatment, which is essential in your work, is also, at the same time, highly demanding. How do you protect yourselves?

There’s no way. Crying, loving… In my case, I have great faith, I believe in Harry Potter, I’ve always said so. [laughs] And I believe these children go to a better place. It’s not just that I believe it, I have no doubt about it. But it’s impossible to protect yourself. If a volunteer doesn’t cry with a family member, then we must be doing something wrong.

How did your psychological care program for children with cancer come about?

It’s really funny, because when a volunteer comes and wants to learn what I do, I honestly have to stop and think, and I don’t know how to explain it. It is self-taught, in the sense that it arises from huge doses of empathy, with respect, from the doctors down. With the children we know what works, we know what doesn’t work, and we know how to take the blows. Then, it’s a question of going with the flow…

I feel it is really important that your attention extends to the rest of the family.

The ones we help the most are the parents. Even with a newly diagnosed child, I always tell them that I’m much more concerned about them, because the child… it’s not that they have a good time, but… In the event that the medication fails, which is the case for 20 percent of the patients, we take care of the parents for a whole year, with grief therapy. We arrange a group of families who have suffered the same loss under the guidance of a psycho-oncologist. I only attend on the first and the last day. At the beginning, I ask them to score from one to ten how they feel. Most of them say zero. I say: zero does not exist. They insist: zero. And their expressions indicate there’s no way they’ll be back for the next session. However, they keep coming and the last day is a kind of miracle, because there are no scores under five, which, in itself, is a sign of getting on with their lives.

You were very sure about that 20 percent mortality rate. Can we not reduce that figure?

80 percent get better, but that’s a very ambitious figure, as we would have to look at how that 80 percent are. A certain percentage of children suffer great physical and emotional sequelae. The first thing that has to change is to get chemotherapy to target the disease and not the whole body, because it wreaks havoc. There’s a machine that Amancio Ortega has just bought for Barcelona and I’ll explain to you how important it is: chemotherapy affects all of a child’s body, as though we were putting the child in the microwave. But with this machine, the therapy targets the tumor.

Personal gestures such as that of the founder of Inditex are very important, as is yours.

Well, mine is really tiny. I just wish I had his fortune, as there’s so much to do. The important thing is to be aware that, in the smallest, most unexpected places, a small action can change the world for the better.