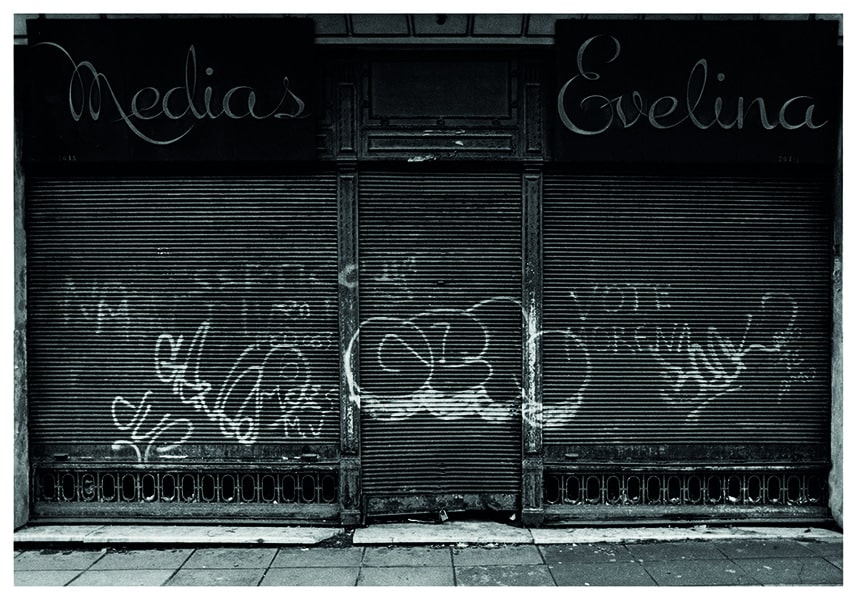 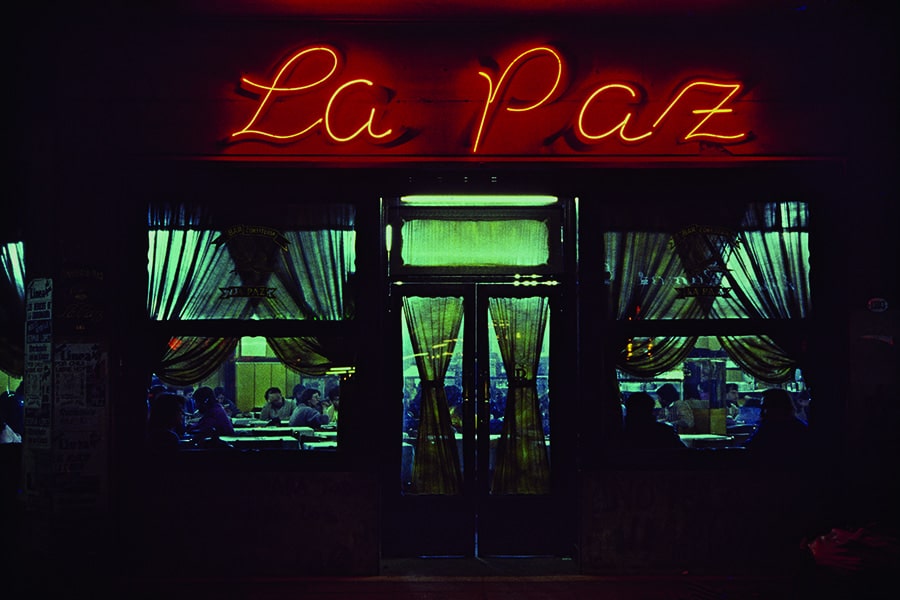 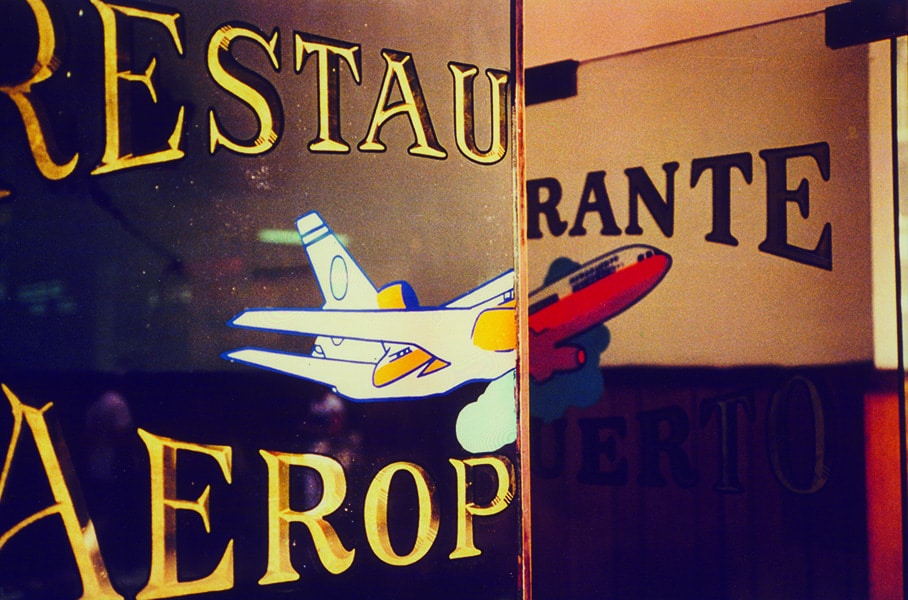 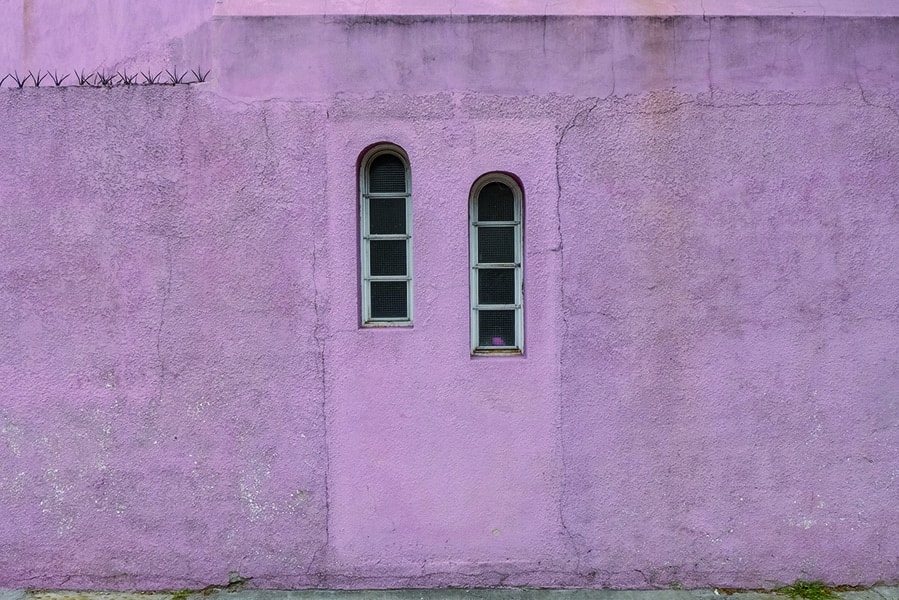 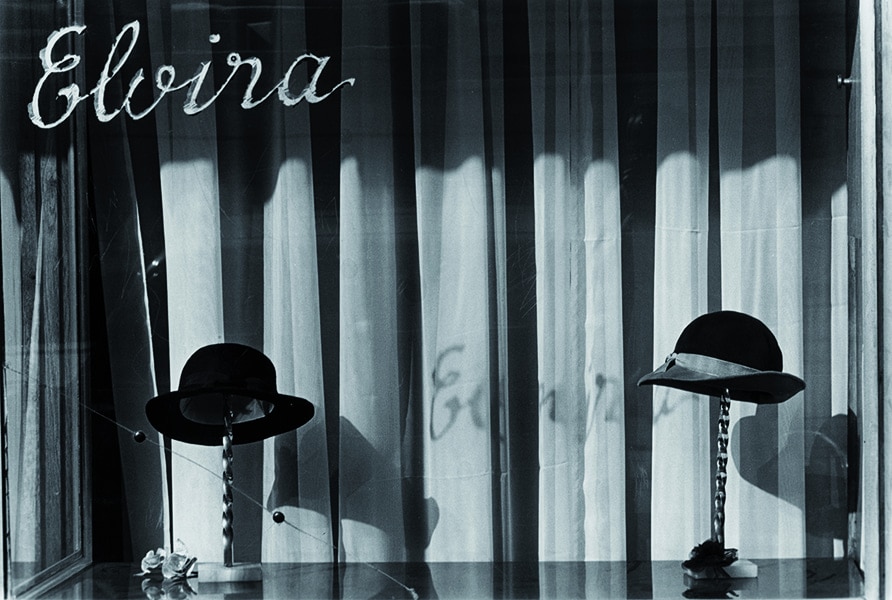 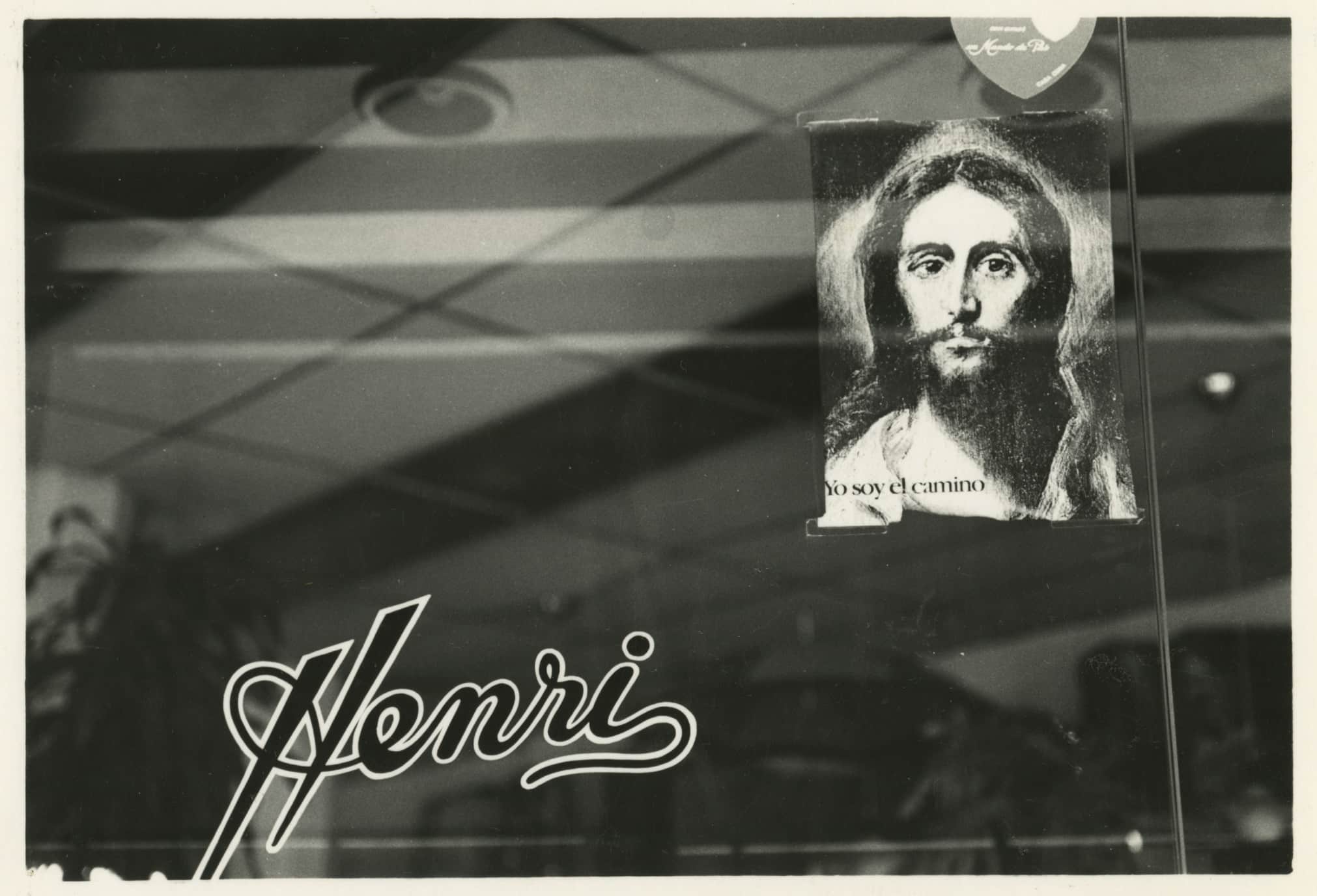 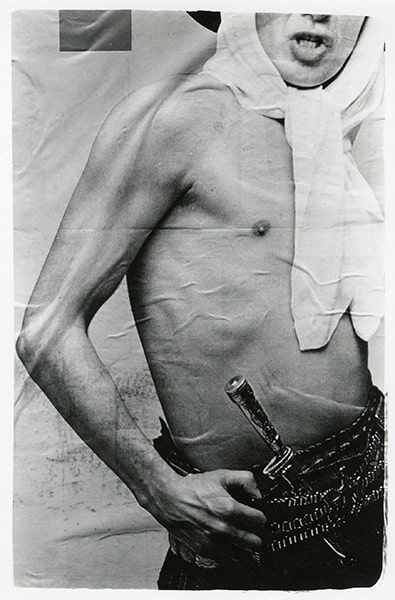 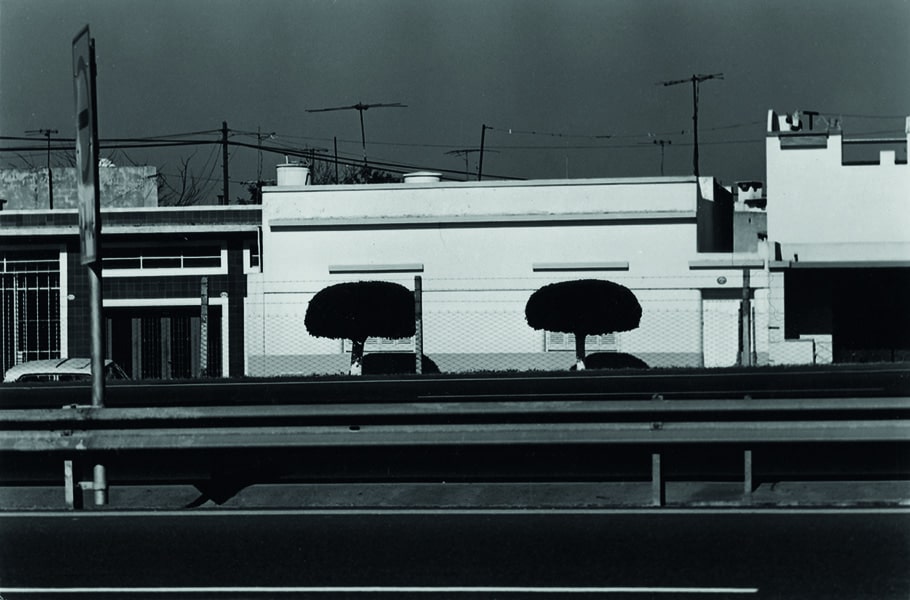 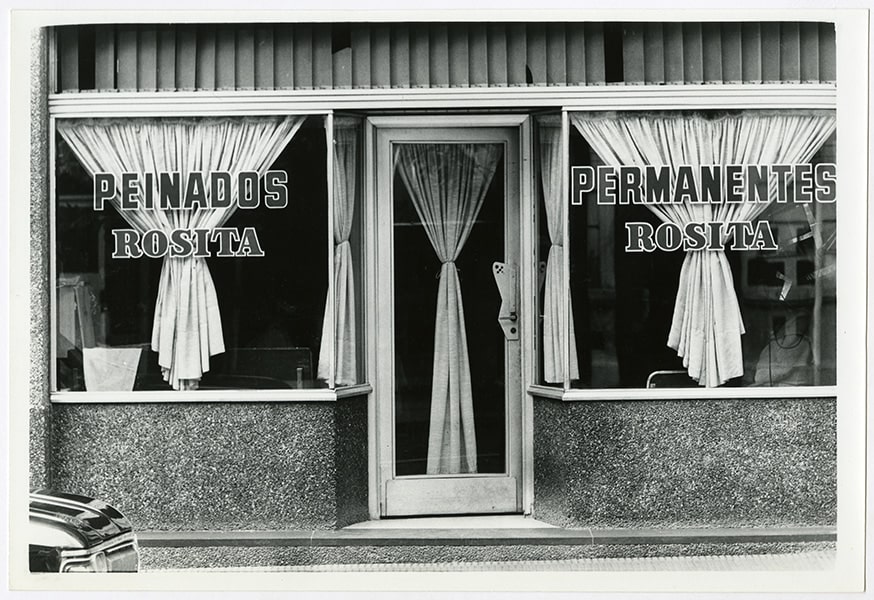 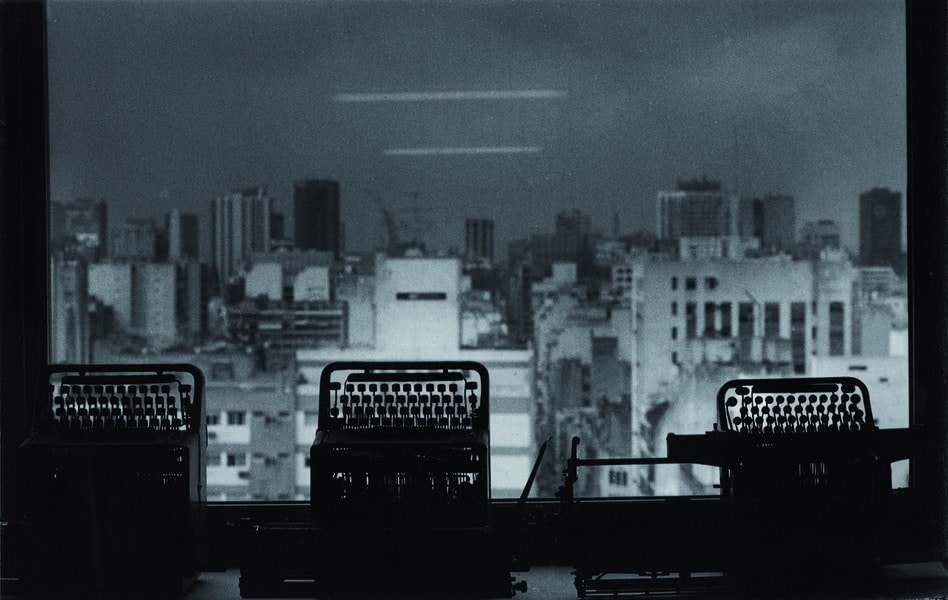 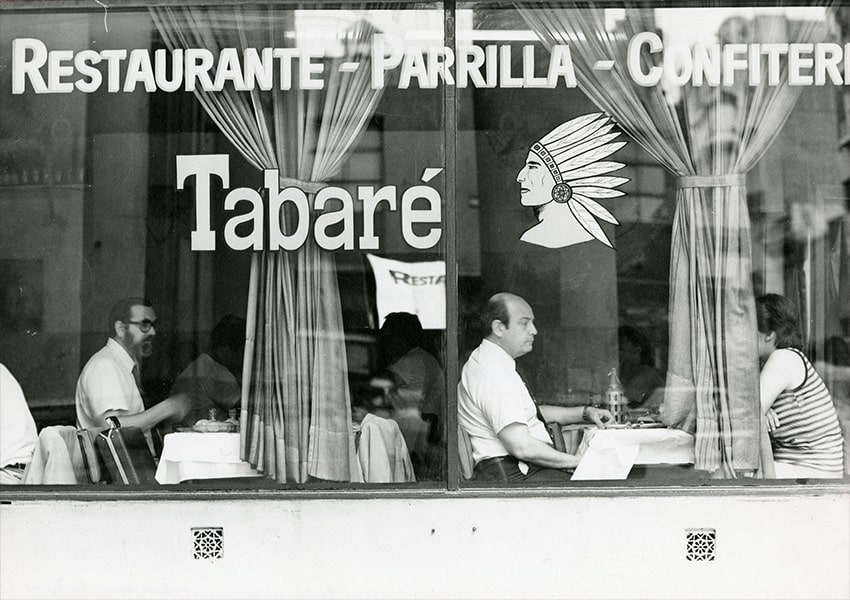 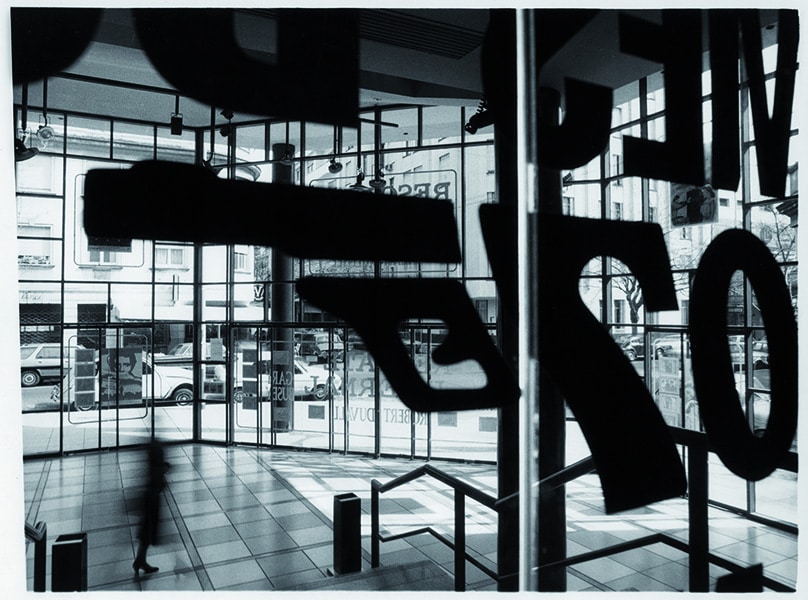 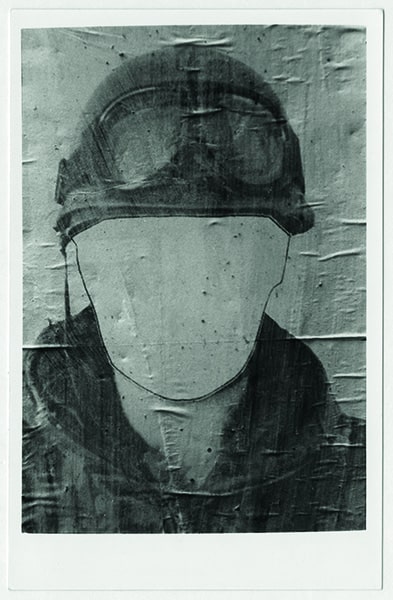 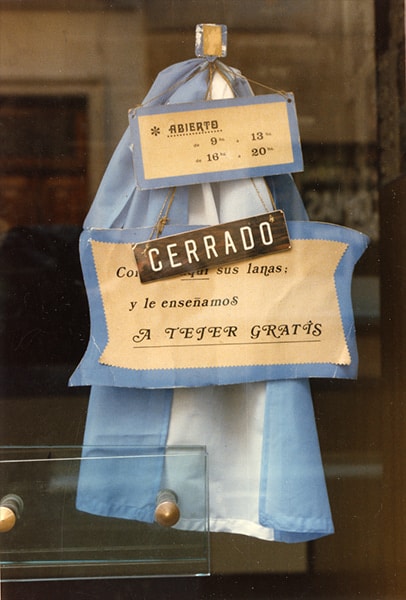 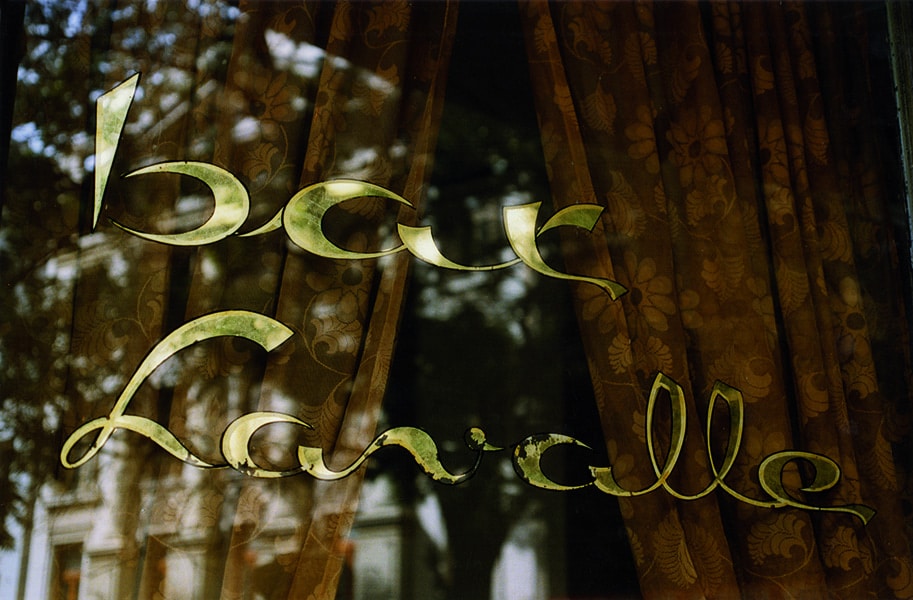 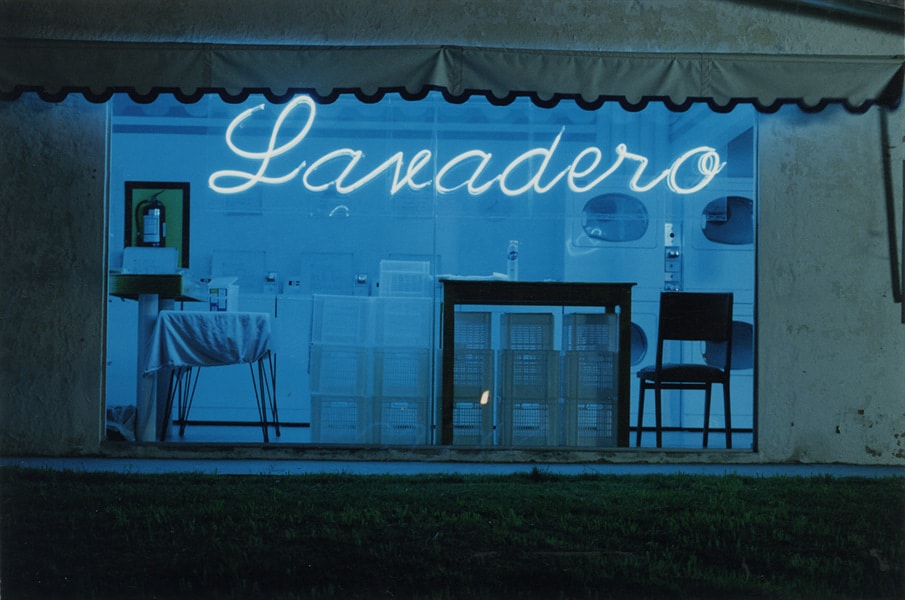 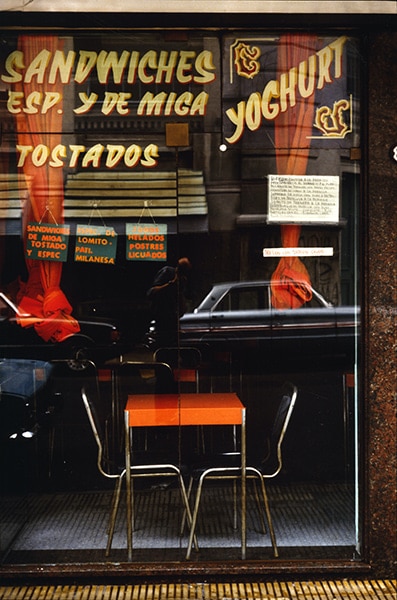 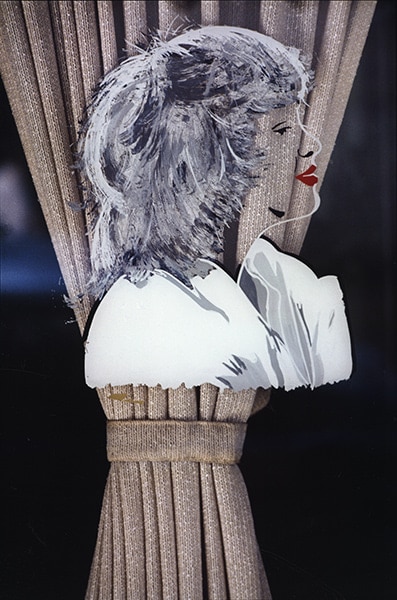 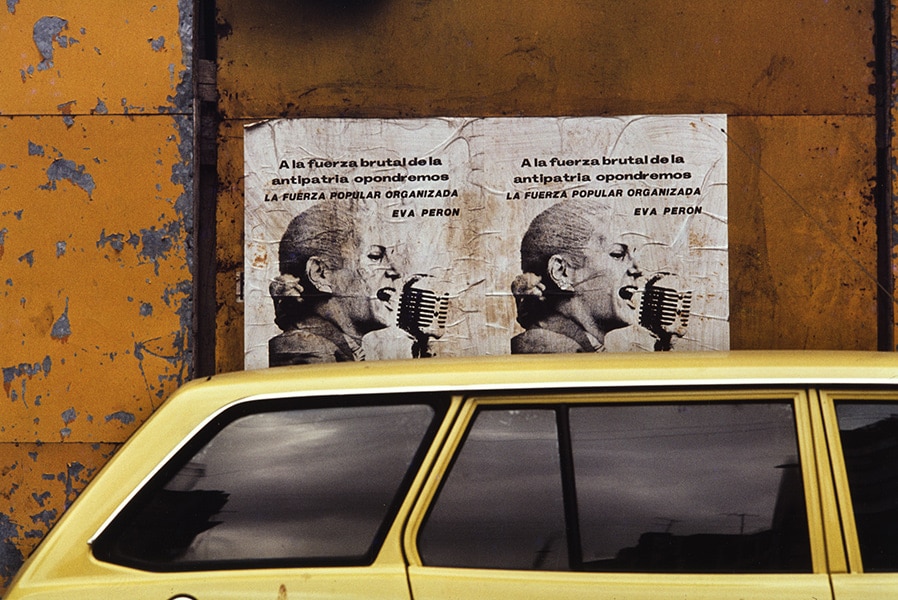 Facundo de Zuviría is one of the most relevant photographers in Argentina, a country in which photography was not considered to be on the same level as fine arts at the beginning of the 1980s, when he started his career. The exhibition Facundo de Zuviría. Estampas porteñas [Buenos Aires Prints]is the first retrospective of the Argentine artist to be presented in Spain and will be on display at Fundación MAPFRE’s Sala Recoletos in Madrid from February 11 to May 7, 2023.

The project, which focuses on images of Buenos Aires, reflects the artist’s “obsession”, as he himself has reiterated on several occasions, with his hometown. In this way, he offers us a glimpse of the Argentine capital over the last forty years. The artist has painstakingly portrayed the shop windows and facades of its streets, showing a predilection for slightly obsolete urban signage. From this no doubt comes “the nostalgia, the present that is already written in a past time, the ‘melancholy of an anachronism’ that can be perceived in his work”, as Alexis Fabry, curator of the exhibition, remarks, quoting Alan Pauls in his Factor Borges.

The exhibition, which covers forty years of the artist’s career, from 1982 to 2022, is concentrated around 195 black and white and color photographs and offers a linear itinerary, a continuous journey through Zuviría’s work, interrupted only by the series “Siesta argentina”, the best known and most political, and “Frontalismo”, a great example of his penchant for composition and symmetry.

At the age of six, in 1960, for his birthday, Facundo de Zuviría received a rudimentary Eho camera, a simple black box with a tiny 1 x 1.5 cm lens, through which, in the artist’s own words, he began to “look at the world and make it fit into a rectangle”. It was his first contact with photography. After finishing his law studies in 1980, Zuviría decided to devote himself exclusively to photography. He worked on the magazine of the La Nación newspaper (1977-1979) and collaborated on the supplement of the La Prensa newspaper (1980-1982), as well as with the media in other countries. Between 1983 and 1989, he worked for the Programa Cultural en Barrios [Neighborhood Cultural Program] from the Culture Secretariat of the City of Buenos Aires, photographing the city and running photography workshops. In 1988, together with other colleagues, he organized the Jornadas de Fotografía Buenos Aires-La Plata, the first photography festival held in Argentina. That same year he cocurated, with Eduardo Grossman, the anthological exhibition Maestros de la fotografía argentina 1860- 1960 [Masters of Argentine Photography 1860-1960], which was held at the Salas Nacionales de Exposición del Palais de Glace in Buenos Aires.

For Facundo de Zuviría, photographing Buenos Aires is a way of photographing the world. Undoubtedly, “Estampas porteñas” [Buenos Aires Prints] is more than just a series or the title of a book he published in 1996, it is the essence of his entire career, a task that he continues to pursue to this day. His love for the city comes, in the first instance, from his mother, who worked in the tourism sector, organizing tours and visits on which her son accompanied her. In 1983, one of the artist’s first intentions was to make an image archive of Buenos Aires, as a result of his work in the Culture Secretariat’s Neighborhood Cultural Program; this project never materialized, but from that moment on he never stopped photographing its streets, the facades of the houses, the interior courtyards, the shop windows and the signs that are now somewhat obsolete.

For Facundo de Zuviría the essence of Buenos Aires does not reside downtown, but rather in the distinct neighborhoods, which in the early 1980s, still peripheral, seemed less impersonal to him. As he himself stated in an interview published in the Clarín newspaper in 2015, two things catch his attention in the city’s ‘barrios’: “The low houses, that built-up pampas feeling that Buenos Aires has, which is flat land with a lot of sky. The 8.66-meter business facades, two side windows and a central door that form a triptych, and within that structure, every variety imaginable.”

He also shot posters superimposed one on top of the other, torn, belonging to an era gone by or about to expire, which offer, collectively, the nostalgia of a bygone city in the process of transformation, places that will never be the same again. In this way, throughout his career he has been building an image parallel to that of the city, his own version, which, to this day, he has never abandoned. As he himself has pointed out, his way of working involves “collecting places or scenes that were incorporated into a sort of personal collection, organized into photographic series prolonged over time and which sometimes became new themes”. Each of Zuviría’s photographs embodies one of his memories of a place in his city. As he is a very prolific artist, this has sometimes meant that he has not placed his work in a hierarchy and it has been his wife, Paula Serrat, together with various specialists, such as the curator of this exhibition, Alexis Fabry, who have helped him to discern the memory of the work of art.

The author’s gaze is also nourished by plastic artists, among which stand out those of North American and English pop art, the paintings of Edward Hopper and Argentine creatives like Rómulo Macció. Indeed, one of the most important aspects of Zuviría’s work is the influence of pop art, even when he himself is not aware of it. The artist ennobles the elements of consumer society, such as posters, billboards and the signs of bars and restaurants, which make his work “smell” of Buenos Aires.

But he also feeds off literature, that of Ricardo Piglia and particularly his favorite writer, Jorge Luis Borges. From him he emulates his wandering as a pedestrian, his “appropriation” of the city, of what the writer called “the modest differences of Buenos Aires”. In his beginnings he was enthusiastic about the Russian artist Alexander Rodchenko, especially in his facet as a photographer, admiring his complexity at a formal level: the shadows, the overlaps, the reflections and the superimposed planes, which inspired, among others, his work El ciudadano, Alem y Viamonte, 1988 [The Citizen, Alem and Viamonte, 1988]. But if there is someone who truly influences Zuviría it is Walker Evans. The American photographer’s work entered his life when he had already begun his Buenos Aires series, but Evans gave him the idea to photograph his own city and fostered his love for the vernacular, as well as the opportunity to let the images speak for themselves, without forcing the angles or the composition of the shots too much.

The itinerary of the exhibition tries to reflect the two poles around which Zuviría has moved throughout his career. On the one hand, the austerity, the remoteness expressed in his images; and on the other, the agility, the proximity and even the luminosity, which is reinforced in two of the series that the show focuses on:

The images that Zuviría produced between 2001 and 2003, some of them published in the book Siesta argentina Argentine siesta, are an eloquent testimony to the effects of the crisis known as the ‘corralito’. On December 3, 2001, a government measure, the corralito, was imposed in Argentina, which, among other things, prohibited citizens from withdrawing money from their checking accounts, savings accounts and financial investments. This event sparked a deep social crisis. It affected the whole of Argentine society and caused most businesses to close and the inhabitants to lose a large part of their purchasing power. The restriction of monetary liquidity resulted in the stifling of the economy and the paralysis of trade and credit. The commotion produced in society by such a drastic measure, the effect of which lasted for several years, can be included as part of the political crisis that took place after the resignation of President Fernando de la Rúa on December 21. His successor, Adolfo Rodríguez Saá, was in power for only one week (December 23-30) before being replaced by Eduardo Duhalde, who assumed the presidency of the Republic on January 2, 2002.

Empty premises, closed stores, disused storefronts and mysterious laundromats with no signs of activity, the black and white used by the artist reinforces the sensation of capturing a fading city. Known for being his most political series, this is, once again, the result of his “wanderings”. His inventory of these closed or semiopen places offers a radical look at the time the images were captured, reminiscent of the archival logic that Bernd and Hilla Becher applied to German architecture in the 1960s. Both of them advocate a clear frontal image and the absence of people, but Zuviría reminds us, through the title of his series and his frequent optimism, that it is a ‘siesta’, a nap, from which he will unquestionably wake up, suggesting that the crisis is just a bad dream that will be consigned to the past. Commenting on the series, art critic Lucas Fragasso remarked: “The siesta is that suspended moment, that brief temporal fragment located between deep sleep and wakefulness. An almost artificial state that takes on a dramatic dimension in Facundo de Zuviría’s images. They speak to us of that time in which part of the city appears plunged into a forced repose. During a siesta, the external senses are switched off and sleep protects the sleeper from external incitement […]. On awakening, the recent past, from which we have not sufficiently distanced ourselves, suddenly strikes us. In the very instant we rub our eyes it assaults us with all its brusqueness. Perhaps the photographic images of “La siesta argentina” also allow us to glimpse the moment when our eyes are opened, when the siesta comes to an end and something that batters us begins to take shape.”

“I always photographed facades from the front, seeking in those simple and austere lines the defining features of their essence, a sort of Argentineness manifested in urban frontage. With this idea [of “Frontalismo”], I set out to put together a sort of personal catalog of urban facades. I saw middleclass homes in the neighborhoods, modest stores and others whose meaning seems difficult to pinpoint.

It was with these lines that Facundo de Zuviría presented his series “Frontalismos”, which he initiated in 2010, resuming a typological intention that he had deployed throughout “Siesta argentina”. In his tours around the city, he once again depicted facades, shutters, grilles, which indirectly speak to us of the violence existing on the streets and from which the inhabitant must protect themselves. A concern that is concealed by the color of these images, austere but warm, one might say glowing, which reveal lightness and are characterized by a search for synthesis and abstraction rather than their realistic or documentary value.