Interview to the psychiatric Julio Bobes

“Our work often reaches us late.
Early diagnosis is essential”

The president of the Spanish Society of Psychiatry heads an institution created 17 years ago with the aim of contributing to the scientific advancement of psychiatry and mental health treatment in Spain. And also to defend the interests of this medical specialty, which currently accounts for six percent of Spain’s healthcare budget. This institution is urging that this figure should be 10 percent, as in other European countries.

Professor of Psychiatry at the University of Oviedo, Julio Bobes (Oviedo, 1952), has just arrived in Madrid, where the Spanish Society of Psychiatry, which he has presided over for the last three years, is based. Responsible for mental health at all the health centers and hospitals in Oviedo, he is clear about the challenges facing the association: reduce the inequalities in treatment in each Spanish region; enhance child and adolescent psychiatric services; reduce the incapacity these disorders can cause and provide the system with a greater number of professionals.

According to the latest figures, over a million people in Spain suffer from a severe mental illness. Over half of those needing treatment do not receive it, and a significant percentage do not have access to adequate treatment. What are the challenges ahead?

The greatest of them is to help prevent mental and behavioral disorders, which often cannot be prevented, but, in other cases, early diagnoses can be made and this is key to ensuring the treatment is as effective as possible. If we treat a person who has been ill for ten years, the results are much poorer. We cannot lose so much time.

Another major challenge with mental health sufferers is improving their quality of life.

Things have improved a lot in the past few years and we currently have community and mental rehabilitation facilities in the hospitals, which will undoubtedly help us provide ever better care. However, much remains to be done. A large part of our work reaches us late. Sometimes because we do not detect a disorder in time and, on many other occasions, because those affected do not visit their family physician, as they are not aware of their illness, and this makes it difficult to help them. 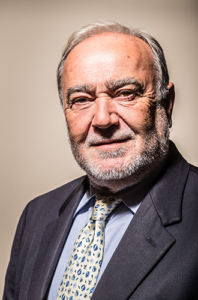 You are a staunch proponent of scientific research. Are we on the right track?

We’re making progress. We have to start from the basic premise that most funds are earmarked for oncology and cardiovascular disease. Neuroscience is in third place and currently has a smaller budget than in the 1990s, when giant strides were made in this field. If there is no firm commitment to research, scant advances are made.

The mortality rate among this group is worrying.

That’s right. The life expectancy of the mentally ill is 20 years less than that of any other population group; they die earlier than expected, mainly due to the fact that preventive measures are not implemented in time and, in general, their state of health is not monitored. This is one of the challenges. Family physicians should make greater efforts to treat these people. They should not leave it all in our hands.

Ten people commit suicide in Spain every day. These figures are dramatic.

Indeed so. We know that nine out of every ten people who take their own life each year suffer from a severe mental illness, such as schizophrenia, or some bipolar or personality disorder. Also due to an addiction to drugs or alcohol, which do a lot of damage. In this regard, Spain has progressed slowly and this remains an unresolved matter. We need the adoption of a National Suicide Prevention Plan in order to reverse the trend. We have gone from being a country with a low rate to a mediumrisk nation, with rates close to nine percent, which means that suicide is now the leading cause of death among those under the age of 35.

Could it be said that mental health remains a taboo subject?

There is certainly a great social stigma and many prejudices that lead to cases of rejection and exclusion. In general, the attitude of society toward the mentally ill is not good, and even less so at close quarters, which means that these individuals are less likely to be integrated into the system.

The families are also victims.

The families perform authentic miracles and sacrifices when it comes to living with these people. They often don’t know what the problem is with them, until someone encourages them to visit the family physician. Other times they shut their eyes and wait to see if the situation improves with time, something that usually does not occur, because, in most cases, these individuals usually get worse and, as I said earlier, we are late on the scene.

Do you feel the educational centers should have greater resources to detect mental illness among their students and know how to deal with it?

I believe that’s fundamental. Schools should pay more attention and teachers should be better prepared to treat pupils with disorders, such as ADHD, for example. These children are often highly intelligent with great potential and we could thus prevent them having difficulties in school, so that they can compete on an equal footing with the other children. This is a task which calls for the whole school community, parents and teachers included, to be fully engaged.

“To be happy you must want to be happy.
Having a good social network helps a lot”

In your experience, what leads to a child developing a mental illness?

When we treat minors, we come up against real surprises, such as frequent situations of abuse, violence and harassment. All this results in a child not performing well and are decisive as regards developing a disorder sooner or later. The family environment is crucial. The children, who fortunately tell us what goes on at home, need a caring environment, where harmony, cordiality and dialog are paramount. They need their parents to devote time to them.

At what point should we suspect that something is not going well? What sort of behavior should alert us?

The ones we should be most worried about are those kids who, unfortunately, are not able to keep up with their peers, not because they lack the ability, but rather because they spend most of their time obsessed with false ideas from their imagination, or delusional people who believe they are being followed. These are psychotic behaviors and are common in people who use drugs, substances that can eventually trigger a mental illness. Changes for the worse should also serve as warning signs. For example,
children who have always performed well academically and, suddenly, do not, or those who stop interacting with their friends.

Studying the nervous system also furnishes a lot of information.

Neuroimaging techniques enable us to recognize the functions of the nervous system. They also help us to detect diseases that have to do with the frame of mind and thought processes. When someone hallucinates, is insane or is apathetic, this is not purely by chance.

What habits would you recommend to be happy?

The most important thing is to want to be happy and, of course, work on it. It helps a lot to know yourself well, to be aware of what we are like, discuss our problems, smile (this strengthens the immune system) and, most importantly, have a good social network, good friends and good companions. With respect to work, I’d like to highlight the importance of balance. Working in excess is toxic in the long term. Achieving work-life balance should not be an option, but rather an essential element for mental health. 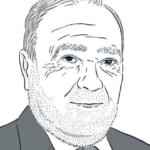 JULIO BOBES. Senior researcher at the CIBERSAM (Mental Health Network Biomedical Research Center) in Oviedo, Julio Bobes is currently president of the Spanish Brain Council, integrated within the European Brain Council, among other posts he holds. His activities include training as well as research and clinical practice. His investigative work lead him to the treatment of issues such us psychotic and affective disorders, anxiety and suicidal behavior.