“It feels great to be able to help people, despite the seriousness of the illness”

More than 29 million children under 15 are treated for some kind of accidental injury in ERs (Emergency Rooms) every year across the United States. Over 4,000 die from their injuries, with the majority stemming from road accidents. In Massachusetts, on the eastern coast of the United States, road accidents take 20 young lives every year. We sit down with the Director of the Trauma Center at Boston Children’s Hospital, one of the most innovative and renowned medical centers in the country, where Fundación MAPFRE is developing an awareness-raising program on the importance of accent prevention and road safety.

Not only the teaching hospital of Harvard University, it is also one of the country’s leading pediatric hospitals, receiving the most serious and complex cases, those for which no solution can be found anywhere else in the world. And this is a source of pride for David Mooney (Missouri, 1973), who for the last 20 years has been treating the injuries of patients who arrive at the hospital, many of them the result of falls, one of the most frequent accidents among young Americans, as well as road accidents. He is the first to acknowledge that there is much to be done. Half of the children who die on U.S. roadways are not properly restrained in mandatory child seats.

Trauma continues to be the most serious infant health problem in the United States. What are the
challenges faced in reducing this type of injury?

Most children who die from trauma injury don’t arrive at a hospital in time to receive adequate medical care, so working on that aspect and improving response times is critical. However, the real challenge lies in preventing trauma in the first place, and a decisive factor is society recognizing that there are many situations where young children suffer injuries, often with serious consequences, so they need to deal with this as a matter of urgency. I am referring to mistreatment of children, to drownings, and to using mobiles while driving. Thankfully, progress is being made here: over the last 30 years, the number of teenagers who die in road traffic accidents has dropped by 25%. A contributing factor here has without doubt been better design of roadways, safer vehicles restrictions on teenage drivers and better vigilance. 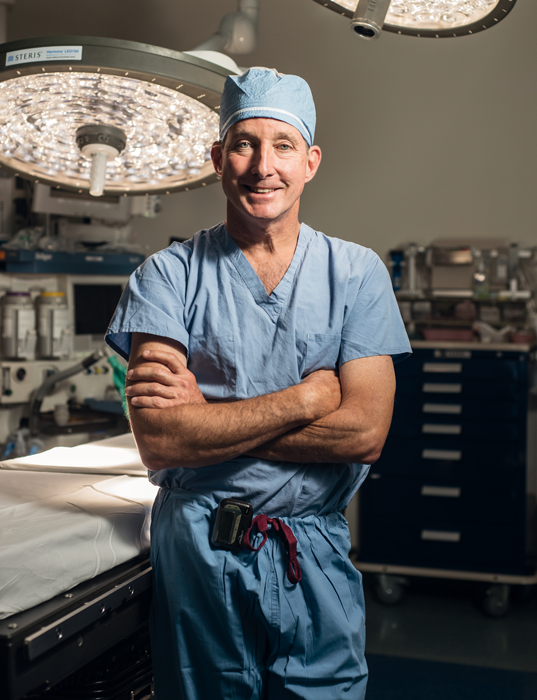 What difficulties do you face on a daily basis?

Hospitals are difficult places for families, especially in desperate situations, as is the case with serious trauma. Many parents blame themselves for the injuries their children suffer from, with some 16% of them suffering some form of post-traumatic stress disorder. One of our core commitments is that they don’t suffer.

A couple of years ago, sick children faced a very uncertain future. Nowadays, thanks to new treatments such as organ transplants, many of them can lead normal lives. Can you tell us about these treatments in the context of your hospital? What is the success rate like?

Boston Children’s Hospital is an amazing place and I’m very proud that I get to work here. In our Transplant Center, we transplant hearts, lungs, livers, kidneys, small intestines and sometimes multiple organs at once. The hospital even has a hand transplantation program. Many of these operations allow children to live near-normal lives, and it’s very heartwarming to see these families come back to the annual reunions.

There are certain operations that require the children’s cooperation after the surgery, for example, the orthopedic ones. Do you think it’s necessary for the child to fully understand all the work they have to do in order to recover?

Children are amazing, and they quickly adapt to new realities. A child can have a cast on 3 out of 4 of their extremities and will use the fourth one to play video games, even if it’s a foot. We have a large group of pediatric specialists who work with children to provide age-specific information about their condition and to maximize what the children can do. Also, our orthopedic surgeons have developed techniques to fix bones and straighten spines that don’t require the long stretches of time in traction that used to be such a burden for children and their families. It’s become very unusual for a child to need prolonged traction. One innovation has been their ability to insert devices that grow with the child, avoiding later operations.

Over the course of your career, what have been the most difficult moments so far?

The most difficult moments are when you really wish you could do more for a patient but you just can’t. It breaks my heart to see a child get to the hospital alive, only to die later on from complications.

You were also part of the first Disaster Medical Assistance team to arrive in Haiti after the catastrophic earthquake that devastated the country in 2010. What did you learn from that experience?

In Haiti, where I worked as a doctor, before and after the earthquake, I experienced that same feeling of helplessness when you know you can’t fix a problem. The sense of impotence is magnified and despondency sets in. Our team set up a field hospital in Port au Prince, in very complicated circumstances, because among other things, we didn’t have running water. I had to attend to very young children, suffering from dehydration and terrible infections, like tetanus, as well as youngsters with cancer, who couldn’t be treated and later died. In the space of a few days, I went from being a surgeon to being a pediatric critical care medical provider, and for two weeks after the earthquake, I hardly slept at all. They were real tough days, but I learnt some major lessons. 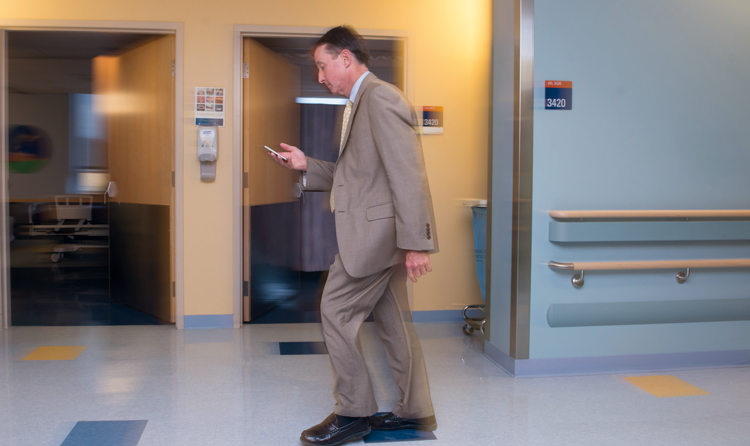 How does it feel to save lives?

It feels great to be able to help people, despite the seriousness of the problem or the final outcome of an illness. This hospital is truly an incredible place, where multiple organ transplant operations allow children to lead almost normal lives.

You’re currently leading an infant accident prevention program in collaboration with Fundación MAPFRE. How would you rate the first year of this partnership?

Thanks to Fundación MAPFRE’s commitment, and the training and awareness work done during this time, we’ve managed to double our community participation and this really makes us very happy. Prevention is key, and I think initiatives like this are very important. That’s what people who followed the Foundation’s fleet conveyed to us – it was an initiative that shone a light on the importance of respecting the rules, as passengers, pedestrians and cyclists, and which also contributed to families being more aware of the risks at home and how to act appropriately in the case of an emergency.

“The most difficult moments are when you really wish you could do more for a patient but you just can’t”.

Do you believe that most children’s accidents are preventable?

I think so, yes. You have to start from the base that children almost always end up harming themselves because they act as children in a world that’s designed for adults. Our cars, streets and homes are designed to be efficient, accessible, comfortable and pleasant, but not as safe as they should be . We don’t always take child safety into account, or we think about it when it ’s too late, after an accident has happened. We often end up muddling through by just putting a Band-Aid on things.

What do you recommend families do to prevent accidents?

I believe that parents play a key role here. They should lead by example and provide safe environments for their children. This is borne out by the number of traumas we witness, which in the United States, varies a lot, according to responsibility and prudence levels within families. Most injuries to children under 4 occur in the home, a startling fact that should drive us to ensuring that we take the necessary precautions with simple things like windows that don’t open completely. And that children are always seated correctly in the car, and so on.

Your center stands out for the large number of volunteers that give part of their time to helping
the sick. What would like to highlight about the work they do?

Our volunteers are the heart and soul of the hospital. They give up an infinite number of hours to fundraising and improving the quality of life of the children. They stay with children whose parents can’t be with them for reason or another, and they entertain the little ones to help them forget that they’re in hospital in the first place. 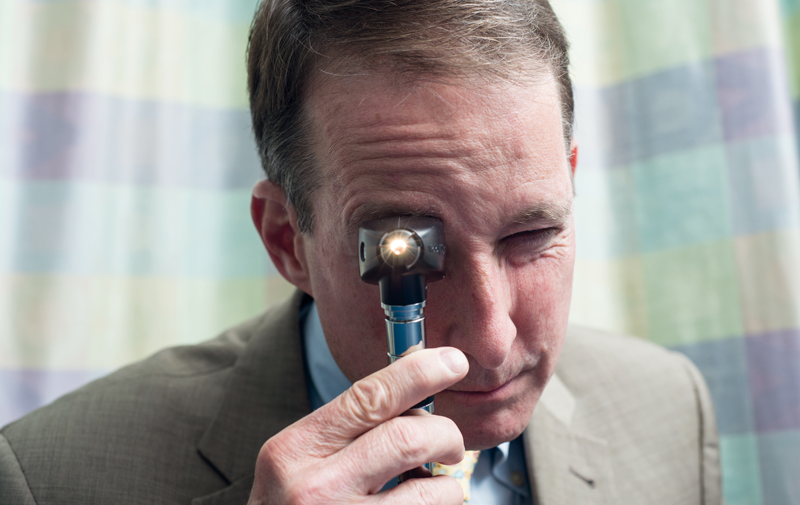 In a few words

VOCATION: It came to me one day when I was 14 and I witnessed a traffic accident and tried to help the driver.

WHAT YOU MUST VALUE IN A PERSON: Kindness

BEST CAREER MEMORY: When parents express their appreciation to me for having helped their child to recovery.

A PLACE TO REST: Take me to a nice beach.

BEFORE GOING TO WORK: I always work out at the gym on the opposite side of the street.

PAPER OR SCREEN: I love the tactile feeling of paper.

LAST MEAL THAT MADE AN IMPACT: I don’t remember what I ate, but I remember where it was – The Farmhouse, in Kings Cross in Sydney. It was unforgettable.

A JOURNEY IN THE PIPELINE: I might be going to Liberia this fall, but only if I can sort out a job for wife, who’s a nurse.

Falls in the elderly, an avoidable evil