“In order to improve you have to question everything

Luis Bassat is one of the most influential people in the Spanish advertising world. He recently visited Madrid, where he participated in an international conference on advertising and the automobile, organized by Fundación MAPFRE. Here he expresses his love for Africa, his passion for modern art, his views on creativity and his endeavors to achieve greater gender equality. 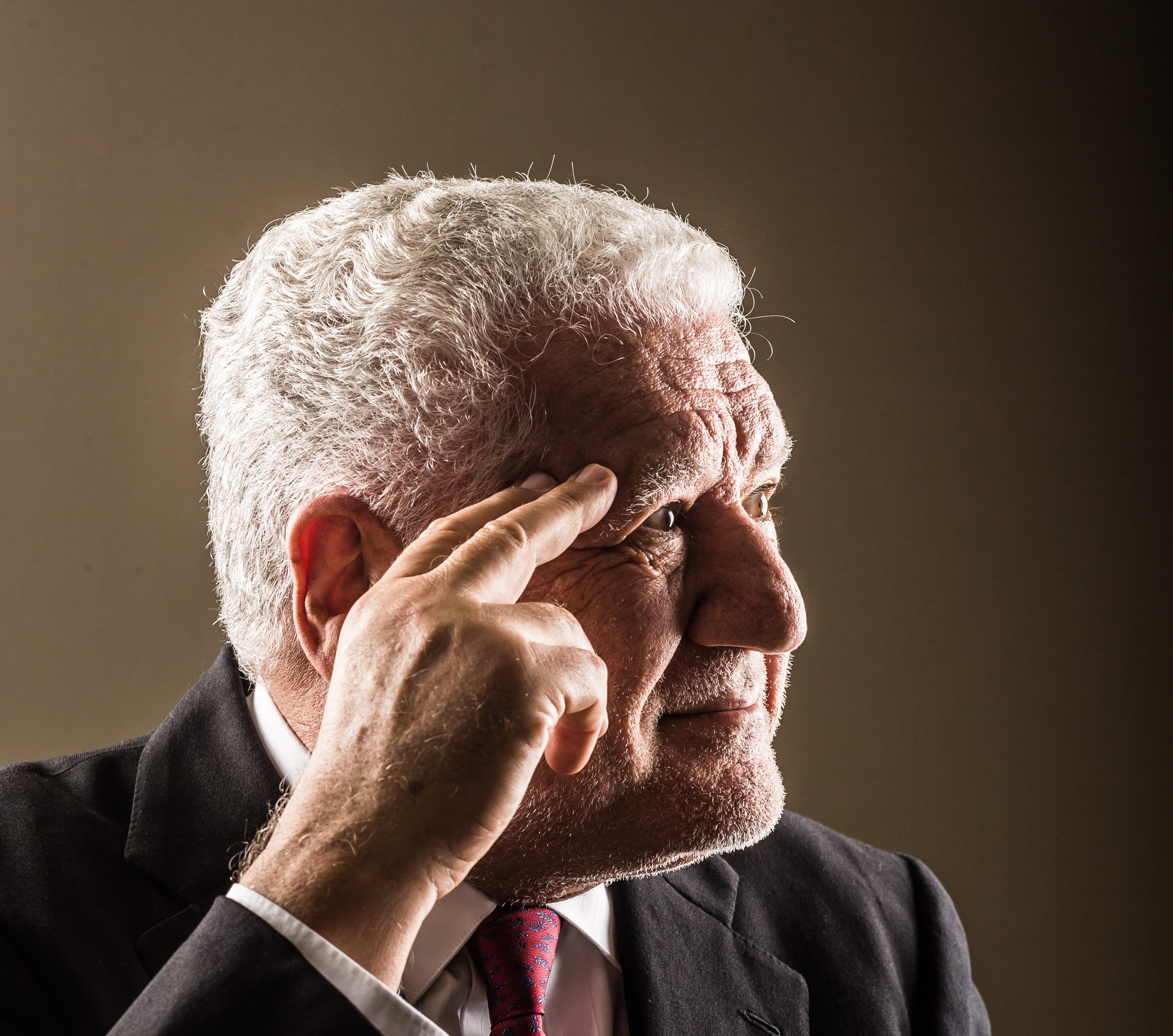 He arrives a little late, but smiling. A funny anecdote in his hotel explains everything. The receptionist had given him the wrong room key. That of the writer Lluís Bassets. After a lengthy period, rummaging through his drawers and just about to eat his candy and put on one of his shirts, this Catalan, born in Barcelona and of Sephardic origin, suddenly became aware of the error. He admits that he loves things happening to him. He is a creative, a genius and, at 75, he is still the father of advertising. He firmly believes that any idea can inspire the best advertisement.

What do you do nowadays?

Very little advertising, just when a friend asks me for advice. I devote most of my time to my foundation – Fundación Carmen y Luis Bassat – which my wife and I created years ago and which mainly helps those most in need. One of our first projects was the rebuilding of a school, which had been buried by a landslide in Guatemala. We changed course when our youngest son, who studied Medicine and Pediatrics, took some money to Mozambique, where he had worked for seven years. That year we received a letter from the director of a hospital. He was very grateful because, with that contribution, they had been able to build two new delivery rooms and had installed running water and electricity. Since then, our focus has been on helping children, mostly orphans and sick kids, in that African country, where there is also a high rate of women with AIDS, who give birth to babies with HIV, tuberculosis and malnutrition. There’s a lot to be done.

Indeed so, that’s the foundation’s other great challenge. I believe that artists in Spain are on a par with those inthe United States, England, or China, for example, but they are not so well known. It’s something that interests me, to which I’ve devoted a lot of time and which led to me starting up the Contemporary Art Museum of Catalonia, which did not exist. It’s located in Mataró (Barcelona), in the first building built by Gaudí. Our exhibitions mainly consist of works from my private collection.

Is your collection that extensive?

The money I’ve earned – and I’ve earned quite a lot, I’m not ashamed to say – is hung on my walls; I’ve invested in works of art. I have no other expensive hobbies. I wasn’t seduced by yachts or sports cars; and I’ve travelled a lot in my work, so, whenever I’ve had vacation time, I’ve stayed at home. They say that my collection is one of the four most important that exist in Catalonia. There are 2,500 paintings and 500 sculptures, which I’ve acquired over the years and which are by artists we like, such as Picasso, Miró and Tapies, as well as other lesser known ones like Millares or Saura. 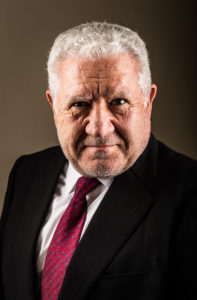 What motivated you to participate in the 9th International Conference on Advertising and the Automobile? What aspects would you highlight?


I’ve been dedicated to advertising all my life and cars have been my passion, both driving and advertising them. There are fantastic campaigns. Our agency in Madrid, for example, designed a great campaign a few years ago to publicize the latest navigation system on the Ford Mondeo. The idea was based on how difficult it is to understand the explanations of people in different regions of Spain when you get lost and how important it is to have a device that will get you to your destination.

It was a one-minute ad that had you splitting your sides laughing, barely paying heed to the product’s technical characteristics. Another one of my favorites is the Do you like driving? campaign by Toni Segarra, who I’ve congratulated many times.

However, you once said that good advertisements are no longer being made.

That’s true. I spent many hours searching for examples to demonstrate this at the conference. Up to 2007 there were really good ads and, from then on, everything changed and it’s hard now to find good campaigns. The quality is coming back now but, with the crisis, advertising cars was completely halted and the creatives repeated the same ad every year.

What skills are necessary to stand out in this industry?

The most important thing is to know how to listen, read between the lines, understand everything the client tells you, know how to ask the right questions to try to locate the pr oblem, just like good doctors do when they listen carefully to their patients. Of all the things that concern a br and, and there are usually thousands, advertisers must be capable of striking the right note in a spot lasting just 20 or 30 seconds, getting people to change their mind and choose a particular product, whether it be a vehicle, a soft drink or soup.

You’ve written a lot about creativity and innovation. What can we do to work better?

It’s essential to question everything, think about how we do things and whether we can improve them. A long time ago, a student asked me how he could be a good creative. I asked him how he went to work, if he took the same route every day. He said he did. I suggested he leave home ten minutes earlier, choose a different route and, for a while, walk down a different street every day. It’s clear to me that, if you take different routes, you get to see different things. Routine is the number one enemy of creativity. 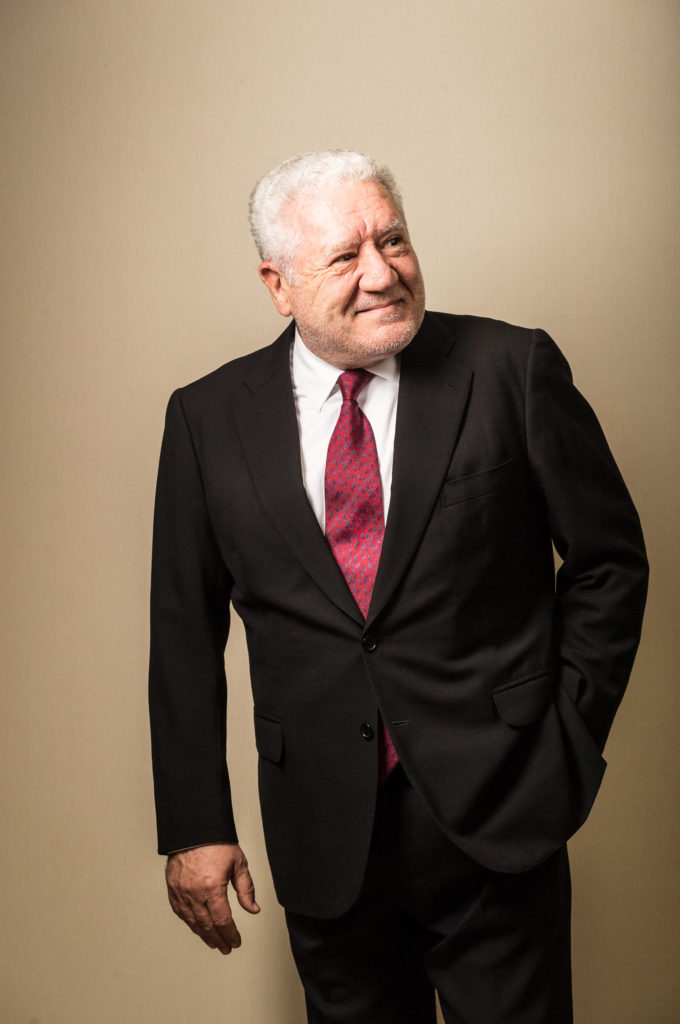 In a few words

STATE OF MIND. Very good.Life has been very good to me and I’ve been surrounded by fantastic people.


YOUTH. Make the best of it because time passes quickly.


HAPPINESS. What we should feel every day.


MONEY. Does not bring happiness.


A CITY. I’m a fervent fan of Madrid.


UNEMPLOYMENT. Something we have to fight against. There cannot be people wanting to work who are unable to do so.


FOOTBALL. I love watching it.


EDUCATION. Essential at all ages.


HUMOR. If you don’t have it, what are you living for?


FAMILY. Really important in my life.


BOOK. The Return of the Bassat. 600 pages all about our family.


HEALTHY LIFE. I cycle up to 100 kilometers each weekend.

Where do you think Spanish brands fall down?

I think it has to do with the way of advertising. Our brands may be as good as other international ones. Zara, for example, is one of the most powerful in the world and yet most countries outside Spain don’t know that it’s so influential. It’s the same for others such as Freixenet, which few people know is the best- selling sparkling wine in the world. That must change.

And what is your opinion of Brand Spain? You have been critical of this issue.

Spain has been a remarkable product since democracy returned. Our transition was a fine example and I recall that, when we traveled around, the CEOs of many companies congratulated us. Following the devastating crisis of 2007, Spain has suffered a lot and we have gone from being a moderately rich country to a poor one; as a result, Brand Spain has been affected. I believe that this is now a good time to relaunch it. We are emerging from the crisis and have a government, the ability to take decisions. And we need it. We must remind the world that Spain is the best place to come to for a visit.

Do we still stand out among those countries with the best advertising?

Not now, but back in the 1980s we managed to put ourselves in the top three, behind the United States and Britain. Now it seems that, with the economic recovery, we’ve become more visible again, projecting greater joy and putting forward good ideas. I’ve regained the belief that there’s good advertising in Spain.

Give me an example.

I’m thrilled by the ads for the lotteries of the ONCE (blind organization). This is advertising that is familiar, gets through and, as we say in our jargon, touches people’s lives, far removed from a hard sell. It’s clear that advertising must strive to sell, but you can’t tell customers six times in a row to buy something. I believe that, above all, they must be motivated and seduced. We can talk about price the next day.

Those ONCE advertising campaigns are, precisely, the work of a woman, one of that three percent of female creative directors in the world. It’s particularly striking that there are so few women in positions of responsibility in a profession where the majority studying for this career are female. Why do you think is going on?

The truth is I don’t know. Women have the same creative talent as men. I’ve worked with magnificent female professionals, who I’ve always supported. Why do they not make it to the top? Possibly because it’s hard to achieve a work-life balance in this sector. Throughout my years in the agency, I’ve seen many women give up their career because they had to take care of their children. I admit that I’m outraged by the fact that they have to give up everything, while their partners give nothing up.

One of your most memorable ads was aimed at raising awareness about the importance of not mixing alcohol and driving. It showed a glass with ice cubes, alcohol and a gas pump hose. Do you think society is more sensitive to the risks involved?

Yes, I believe that society is increasingly aware that certain behaviors cannot be permitted. That advertisement stated that mixing alcohol and gasoline kills. The Catalan regional government commissioned that work and I’m sure it helped save lives. It’s possibly the most important I’ve ever done.

We, in Fundación MAPFRE, strive to inform the general public on the consequences of violating traffic regulations, to promote road safety education. What messages would you underscore for a traffic awareness campaign to be more effective?

I’d point out something that goes against advertising, but it’s what I sincerely believe. I feel that advertising to prevent traffic accidents is a good thing, but that the sanctions are insufficient and it therefore works out cheap to run red lights. I think people would think twice if they faced a fine of 10,000 euros or risked losing their license for traffic offenses. Crimes must be paid for.

LUIS BASSAT. Born in Barcelona (Spain) on October 6, 1941, he has degrees in Advertising, Social Sciences and Business Administration. In 1975, he founded the advertising agency Bassat & Associates. On countless occasions he has received accolades for his professional career and currently, among other positions, he is honorary
president of the Bassat Ogilvy Group in Spain. Doctor Honoris Causa from the Communication and Humanities Faculty of the European University of Madrid, he is the author of: The Red Book of Brands and The Red Book of Advertising.
Interview: Luis Bassat
0%Overall Score
Reader Rating 2 Votes
100%