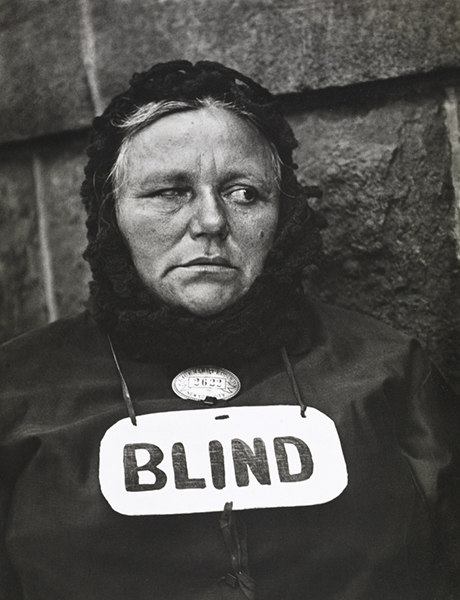 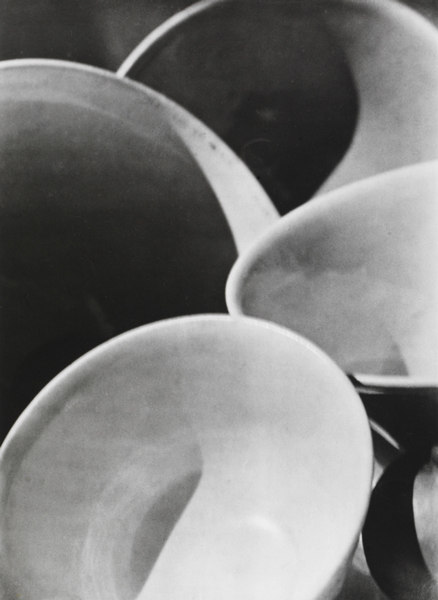 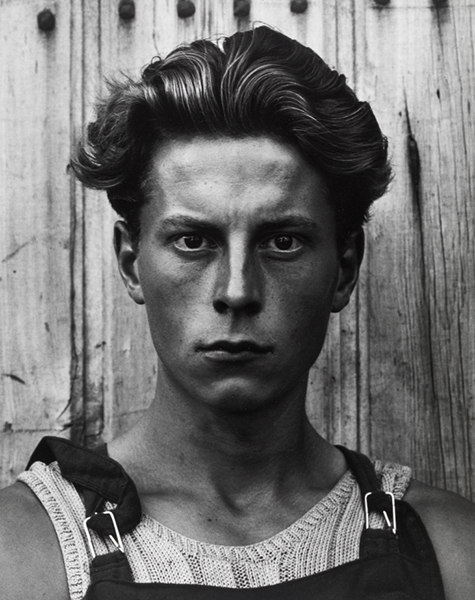 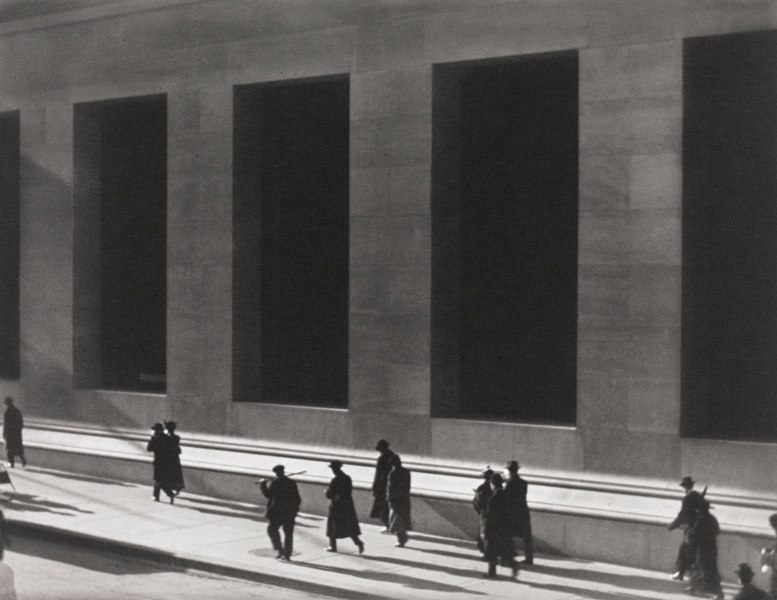 From October 9, 2020 through January 24, 2021 our photography center in Barcelona will be hosting the ‘Paul Strand in the Fundación MAPFRE Collections’ exhibition.

Paul Strand was born in New York in 1890 and, at a young age, studied at the Ethical Culture School under the supervision of the social photographer Lewis Hine (1874-1940). Subsequently, around 1915, he struck up a close friendship with Alfred Stieglitz (1864-1946), a fellow photographer who pioneered the introduction of the most innovative art in the city. After blending all these influences, the artist then set about exploring this discipline’s potential to go beyond human vision by producing intimate, detailed portraits, while capturing subtle nuances in mechanical and natural forms. In 1920, together with Charles Sheeler (1883-1965), he produced a pioneering silent movie considered the first American avant-garde film, Manhatta. Clearly influenced by, and with excerpts from, Walt Whitman’s poem, Mannahata, it documents the fascination and the hectic pace of a day in New York City. From that moment on, he was to combine his still photography with motion picture work and, later, with the production of books, which would become a fundamental part of his activity.

In 1930 he started traveling around the United States, Canada and Mexico, and carried out projects focusing on specific communities, studying regions by way of their peoples and the cultural elements that identify them. Strand was a politically committed artist and this led him also toward social documentary photography. In the mid-1950s he left the United States and moved to Orgeval, in France, a place he would not leave until his demise in 1976.

In no time at all, Paul Strand went from being a Pictorialist photographer – a photographic trend that sought to emulate painting in its formal expressions – to capturing motifs in a more direct fashion. From 1915 onward, his interests focused on the city and movement, as well as on everyday objects that he photographed using a smaller aperture in his camera. This way of exercising his profession, which transformed a large part of his scenes into abstract compositions, led to his producing a kind of art that was well ahead of its time. As a result, he became one of the early exponents of what is currently known as pure or straight photography.

Between 2011 and 2015, Fundación MAPFRE acquired a total of 131 pictures by this artist, thereby augmenting its cultural wealth. The exhibition Paul Strand in the Fundación MAPFRE Collections comprises a selection of one hundred and ten of those works. This is the first exhibit of our collections to open in Barcelona and is accompanied by a major retrospective of the Germanborn British photographer Bill Brandt. Both can be enjoyed in the halls of the new Fundación MAPFRE Kbr Photography Center in Barcelona through January 2021.

This exhibition of the varied oeuvre of Paul Strand is divided into four sections, according to the artist’s way of working, as well as his way of understanding the world.

One of the elements that Strand learned to work with early on in his career was the movement of pedestrians as they strolled down the street. At the request of Stieglitz, he began shooting from the city’s viaducts, bridges and tall buildings. These images and their movement introduced a documentary touch of everyday life into his work that was to become one of the characteristic elements of 20th century urban photography.

In March 1916 Stieglitz himself presented an exhibition of Strand’s work in Gallery 291 with some of his Pictorialist photographs and other more recent pictures. Among them was Wall Street which, over time, went on to become an iconic example of his street photography production. In this picture, the artist combines content and form, highly important aspects for him, as is clear from his own words: “A documentary photographer aims his camera at the real world to record truthfulness.

At the same time, he must strive for form, to devise effective ways of organizing and using the material.”

With this new way of working, Strand introduced the teachings of Cubism into his images. He played with framing and geometric shapes, with the incidence of light on the motifs, in a similar fashion to the Impressionist painters. Finally, this led to his producing truly abstract images, despite working with still lifes, building façades or everyday objects.

Landscapes: From mistiness to geometric picturesqueness

In the mid-1910s, joining a small group of avant-garde creators resulted in the artist’s subject matter and his way of viewing art changing drastically. He was seduced by the movement and dizzying pace of the city, by the skyscrapers and urban views; images that contrast with those which, from 1920 onward, indicate his return to the theme of nature, with a concept of the landscape derived from the work of Cézanne.

Nature, the rural world and popular culture were among the common motifs of the photography books he published from 1950 onward, following time spent in Mexico between 1932 and 1934. That increasingly marked presence of nature was likewise reflected in his personal life. In 1955 he abandoned big city life and settled in Orgeval, a small village in the Île-de-France region with less than 2,000 inhabitants. Life there was a combination of trips and looking after his garden, which he photographed for some years in what was to be one of his last photo projects.

Portraits: From the furtive gaze to cultural diversity

In New York, in the fall of 1916, Paul Strand, walked the streets of Manhattan’s Lower East Side to shoot portraits of anonymous figures totally unaware that they were being photographed. He used a false lens on his camera to distract attention and had to move quickly for fear of being discovered, a novel and, at that time, unprecedented way to take photographs. Most of his subjects were elderly workers from different ethnic groups. He concentrated on their heads and facial expressions, as we can see in his emblematic Blind Woman or Sandwich Man, both from that same year.

After some summer trips to Colorado, Maine or Canada, which produced a considerable number of works, Paul Strand settled in Mexico in 1932 and remained there for quite some time. Initially, he focused mainly on his cinematographic activity, but in 1933 he traveled around many rural areas of the country to take a series of photographs, predominantly portraits, in which objects of popular culture appeared for the first time, such as the so-called ‘bultos’, those carved, painted religious figures found in Mexican churches. These images reveal Strand’s need to find a spiritual relationship between these people and their land. The surprising quality of the Photographs of Mexico portfolio, published in 1940, is the individuality of the subjects portrayed, fruit of profound technical skill and tremendous attention and respect for the people.

“I think of myself primarily as an explorer who has spent his life on a long voyage of discovery,”
Paul Strand

In 1945 the curator Nancy Newhall organized a retrospective of Strand’s photographs at the Museum of Modern Art in New York, which gave him the chance to review the works he had produced up to that time. They drew so much admiration that Newhall suggested he do a project on New England. He traveled around the region for six weeks and the result was his first book of photographs, Time in New England, published in 1950. Two years later La France de profil was published by La Guilde du Livre (Switzerland). Aesthetically, many of the artists who collaborated with this prestigious publishing house were highly committed to Humanist photography and its role in the reconstruction of a Europe devastated after the Second World War.

Following the Universal Declaration of Human Rights in 1948, Humanism became a central theme and there was a growing awareness of cultural diversity. At the same time, the start of the Cold War led to the persecution of many intellectuals considered part of the communist ‘intelligentsia’. Paul Strand’s political commitment with the left led him to go into exile in France with Hazel Kingsbury, who became his third wife. This marriage brought a more peaceful life, which, nonetheless, did not prevent him from traveling throughout France and other countries in the following years. In 1976, shortly before his death, the artist declared: “I think of myself primarily as an explorer who has spent his life on a long voyage of discovery.”