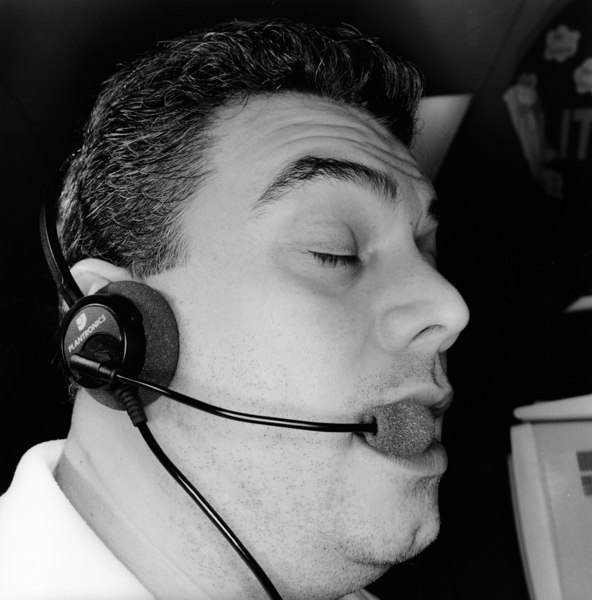 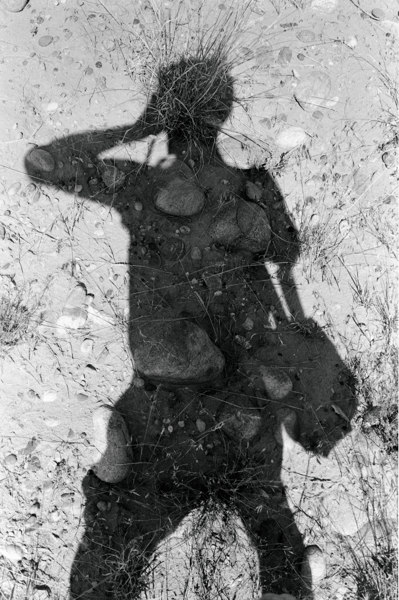 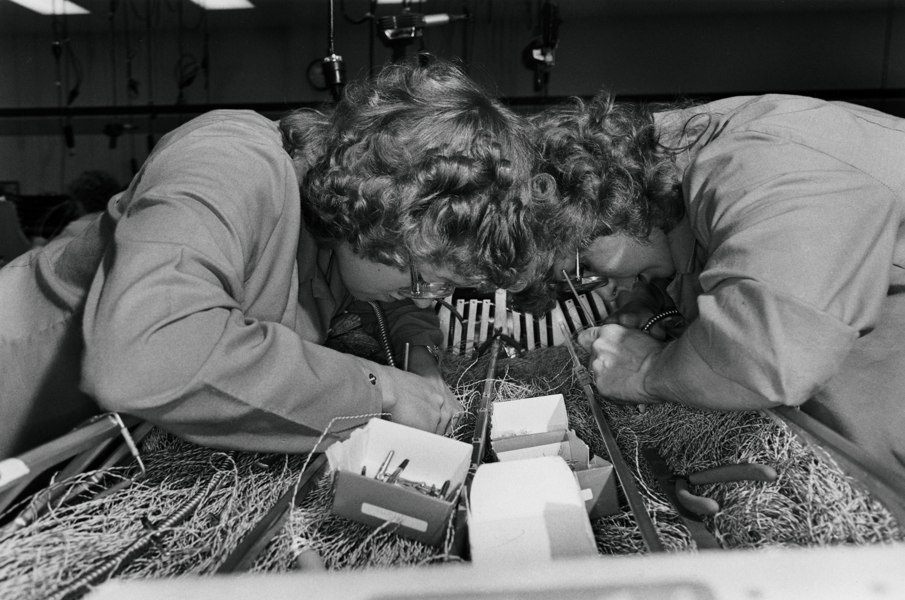 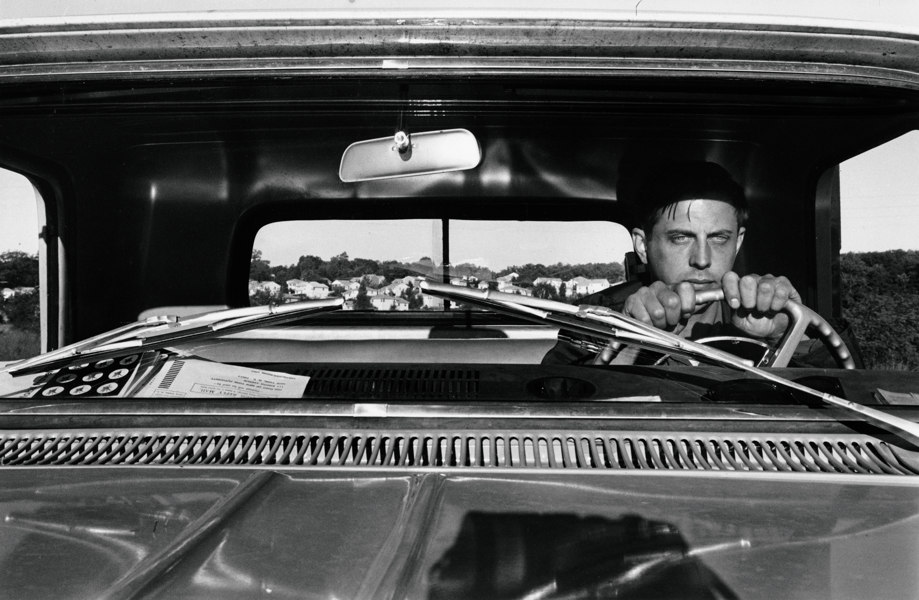 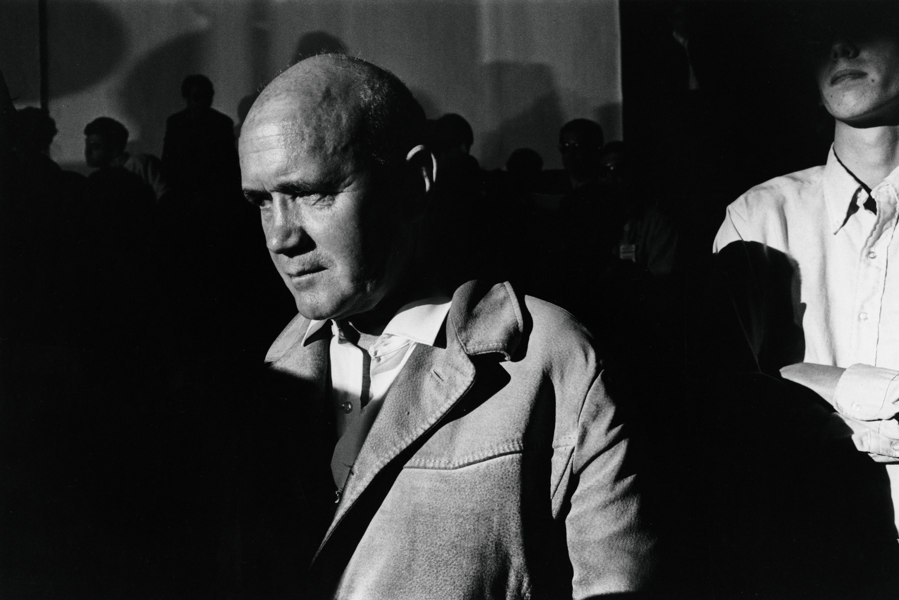 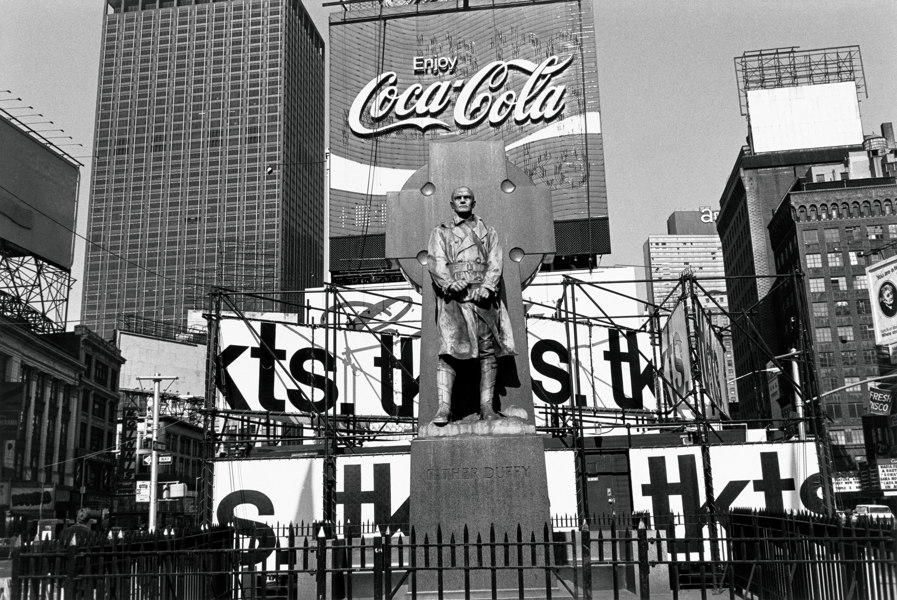 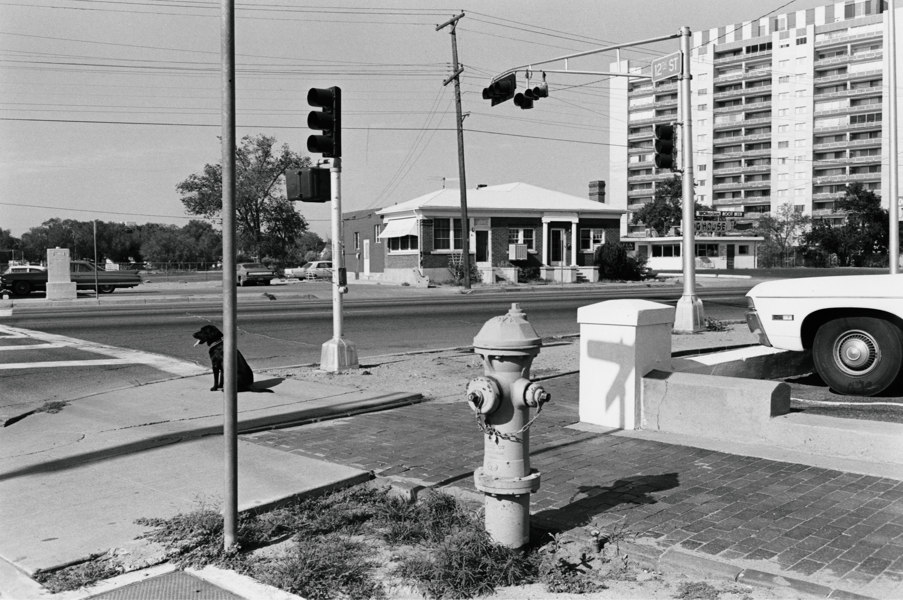 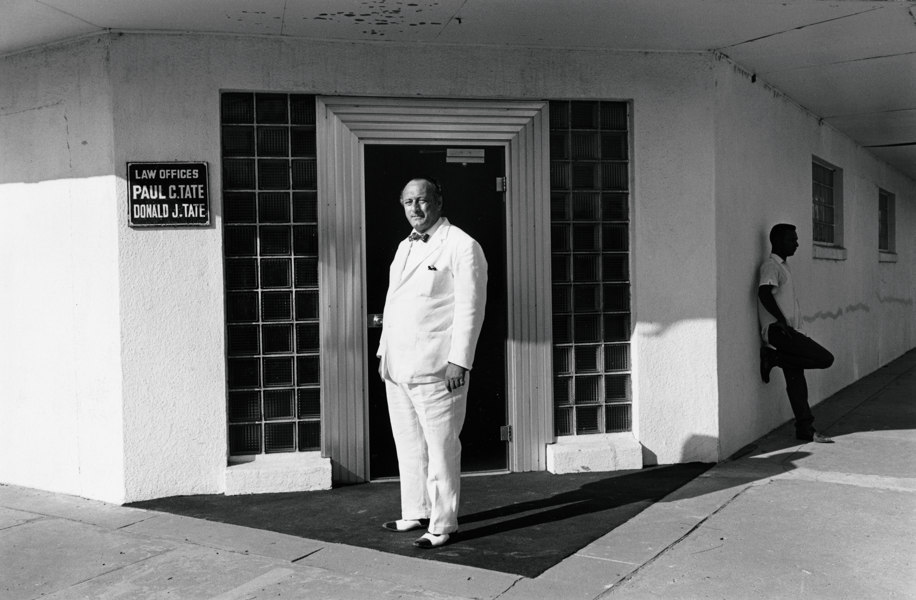 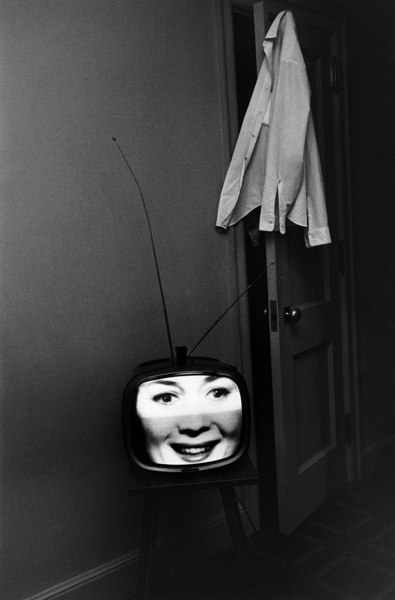 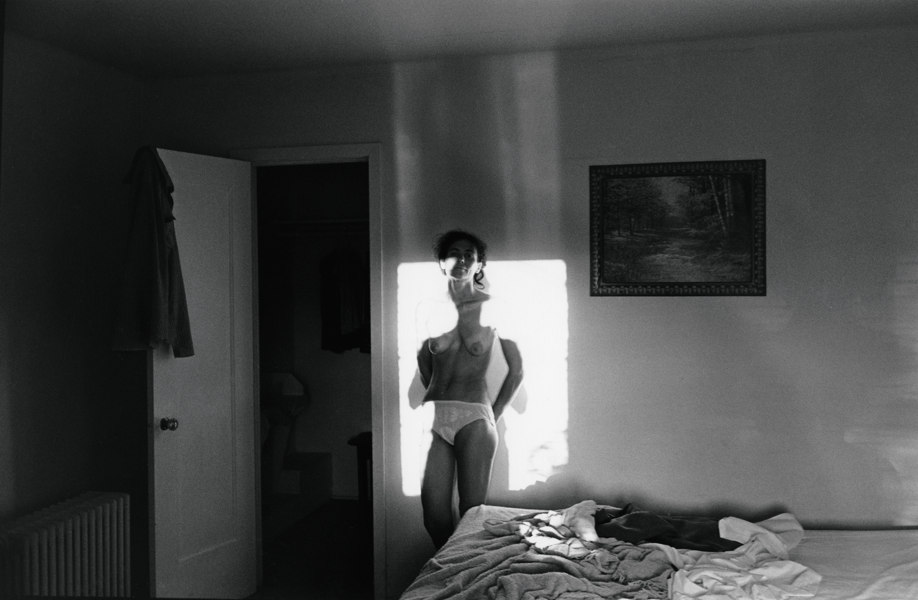 The Lee Friedlander exhibition is on display at the KBr Fundación MAPFRE photography center, in Barcelona. A chronological journey through the work of this prolific artist via three hundred photographs including portraits, self-portraits, family photographs, nature and urban landscapes, which can be enjoyed from February 18 to May 15, 2022.

Lee Friedlander has been a photographer since he was a teenager and has produced an extensive body of work over the course of his long career. He was born in Aberdeen, in Washington state, on July 14, 1934 and began taking photographs during his high school years. After graduating, he traveled to California to study at the Art Center School in Los Angeles. Disenchanted with the classes, he instead attended those of the painter and photographer Alexander Kaminski, who was to become a friend and mentor. In 1956, he moved to New York City, where he worked for various magazines, including Esquire, Holiday and Sports Illustrated. He was also commissioned to take portraits of some of the most important jazz musicians on the North American scene for vinyl record covers, the only samples of color photographs to be found throughout his career. At the same time, he continued developing his own work, at a time when photography had not yet been definitively accepted as an artistic expression.

The commissions he undertook required him to travel by car all over the country, which resulted in his most personal and artistic work. Passionate about music, he visited New Orleans on numerous occasions, portraying the life and culture of the city. Along with these images we find projects such as The Little Screens, taken during this period. With the exception of one, the selection of photographs from this series belong to the Fundación MAPFRE Collections. They include elements he would return to throughout his career, such as the combination of disparate objects whose association provokes irony and humor. In this case he used televisions, commonplace items in every American home at that time.

In 1962, at the tender age of twenty-two, the artist had reached maturity as a photographer. This is evident from his participation in a landmark group exhibition, The Photographer’s Eye, held at the MoMA in New York between May and August 1964. Shortly before this, when asked to make a statement about his work, he declared that the aim was to reflect “the American social landscape.” Despite this definition, we must not forget that the new documentary photographers were interested, above all else, in discovering more about themselves and the visual aspects of their environment, than the social problems of concern to their predecessors.

In 1966, alongside Bruce Davison and Garry Winogrand, he participated in the exhibition Toward a Social Landscape organized by the George Eastman House in Rochester. And, the following year, in the modest, yet emblematic exhibit New Documents, organized by John Szarkowski, also at the MoMA in New York. In that case, Lee Friedlander was accompanied by Garry Winogrand and Diane Arbus. Following that exhibition, the works of all three were hailed as part of the greatest renovations of 20th-century photography.

During the 1970s, Lee Friedlander refined his language, resulting in a reduction of the juxtapositions with which he typically composed his images, the reflections and shadows that had hitherto characterized his style. In 1976, he published the book The American Monument, in which he depicted relatively unknown monuments in various American cities. At the same time he began to address the genres of nudes and portraits. The latter, almost always of his family and close friends, are handled somewhat differently from the rest of his images. These are family pictures which, apparently, could have been taken by any of us, yet show tremendous affection and respect, without drifting into sentimentality. Maria, Las Vegas, Nevada, 1970, is one of the best-known images of his wife. His affection for her is evident, but this does not prevent the reflections or the artist’s shadow from appearing.

During the 1970s, Lee Friedlander refined his language, which resulted in a reduction of the juxtapositions with which he typically composed his images, the reflections and shadows that had hitherto characterized his style.

In 1990, Friedlander traded his usual 35mm camera for a medium-format camera in order to capture the vastness of the Sonoran desert. Although he is best known for his urban landscape images, a large proportion of his pictures focus on nature and its forms, as well as the rugged landscape. Several of his projects feature the organic world. Some of them were the product of many years, while others materialized in a short period of time. In 1981, he produced Flowers & Trees and, three years later, Cherry Blossom Time in Japan, in which he compiled images of his springtime trips to this country to see the cherry trees in bloom.

From this same period are a range of commissioned works, such as Factor Valleys, 1982, and the series on telemarketers in Omaha, Omaha, Nebraska, 1995—.

Throughout his career, Lee Friedlander has returned to the subjects of his photographs again and again, in a continuous work in progressthat is enriched by his knowledge of the medium and experience

Since the year 2000, when Friedlander began to use his new camera on a regular basis, the motifs he captures have become more substantial and the spaces more approachable. In this way, the images that make up the book America by Car, published in 2010, emphasize the dimension of space that Friedlander achieves thanks to the square format of his Hasselbald camera. On this occasion the artist uses the interior of the car to frame his landscapes, thus offering a perspective that is familiar to anyone who has ever been on a road trip. The results are images that include shadows, steering wheels, dashboards or rear-view mirrors, between which appear bridges, monuments, churches, motels or bars. This takes the complexity of his compositions to a new level using a technique that is actually quite simple: one frame —the windshield or side window— within the camera’s frame.

Throughout his career, Lee Friedlander has returned time and again to the themes of his pictures. This continuous work in progress is constantly enriched by what he learns about the medium and his experience. Now in his eighties, the creator is increasingly focused on his photographic archive, and he can spend hours sorting through his own work.