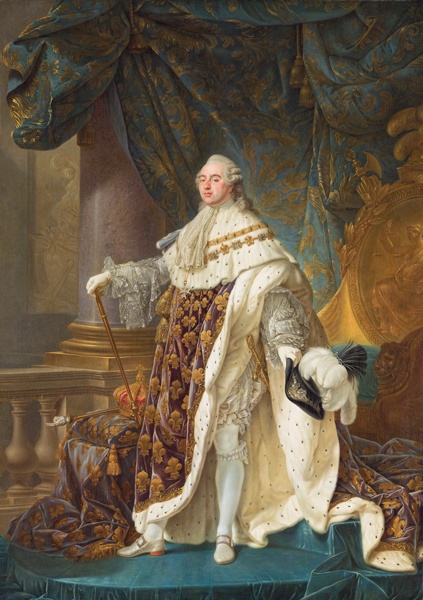 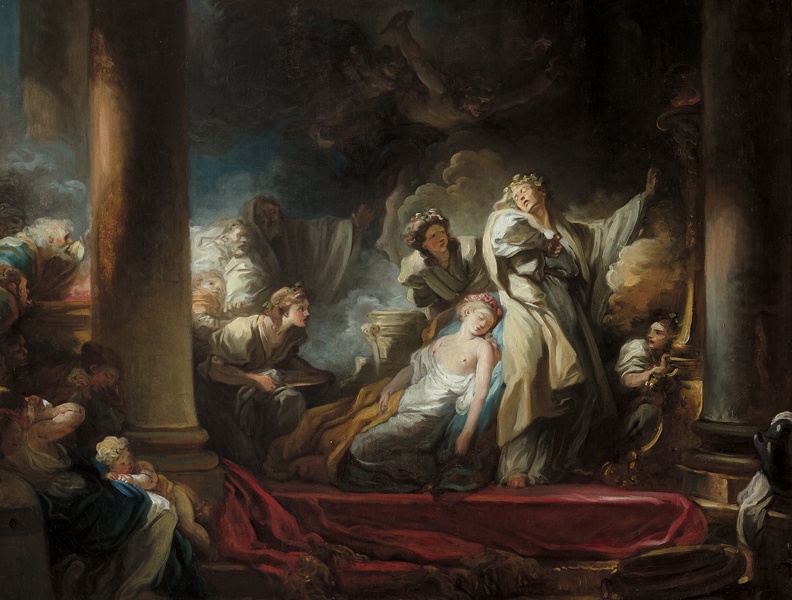 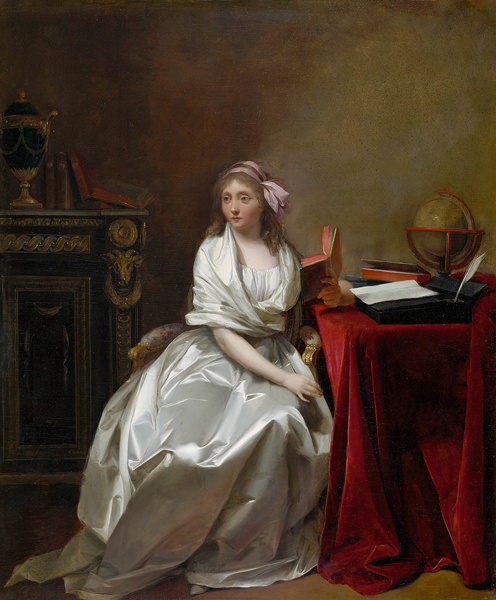 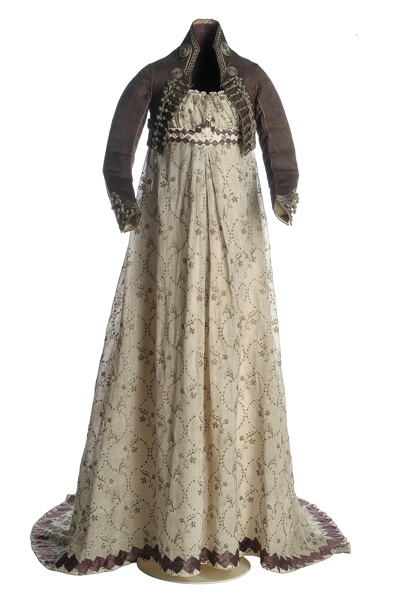 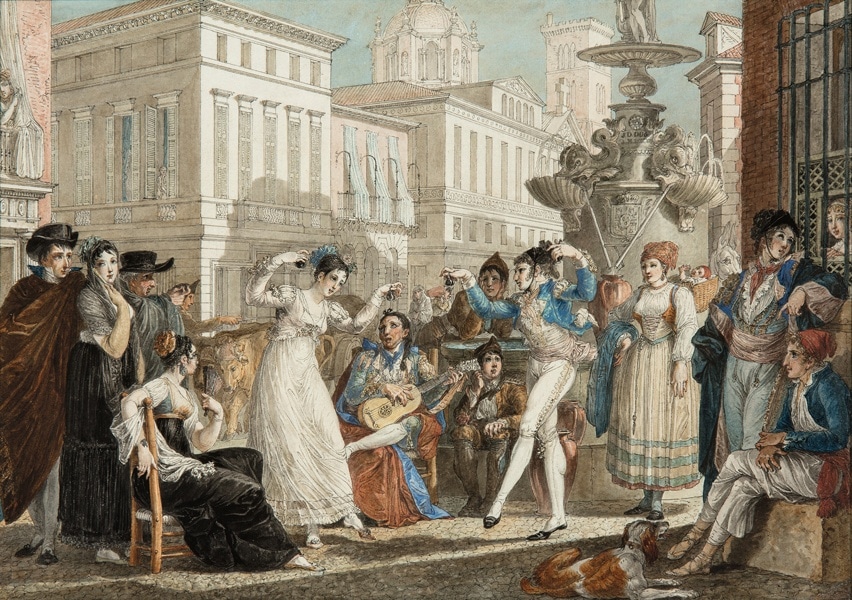 From February 11 to May 8, the exhibition “The French Taste”, which analyzes the presence of French art in Spain throughout the 17th, 18th and 19th centuries, the period of greatest reciprocal influence and interrelation between the two countries, will be on display at Fundación MAPFRE’s Recoletos Hall in Madrid.

Through numerous paintings, sculptures, textiles, sumptuary arts and everyday objects, the exhibition delves into the evolution of French taste in our country, which until now has only been studied on an ad hoc basis. A cross-cutting project that covers such an extensive historical period cannot be understood without its historical context. In this sense, the exhibition also addresses aspects that make this evolution possible, such as diplomatic relations, the history of collecting and the construction of national identities.

The nearly 110 works on display are from both public and private collections and are all pieces of national heritage. The project commences at the moment when French artworks began to arrive in Spain, as France emerged as a model of European taste, and it concludes when the opposite phenomenon occurred, when Spain became the focus of attraction for French culture, due to the image constructed around its diversity and exoticism throughout the 19th century.

The 1630s and 1640s, under the reign of Louis XIII, who for a time managed to stabilize the power of the crown, witnessed a golden age for French painting. Both Louis XIII and his advisor, Cardinal Richelieu, launched an extremely active artistic policy and commissions proliferated, which encouraged the art market.

Towards 1650, Spain was irrevocably losing its primacy as a world power to the France of Louis XIV, the Sun King. One of the strategies used to seal the peace was to establish alliances through marriages with the Spanish royal house. In this context, it was common for gifts of a very different nature to be exchanged between the two: horses, sumptuary arts, small pieces of furniture and above all portraits. From 1660 onwards, thanks to his marriage to Maria Teresa of Austria, daughter of Philip IV, known as the Planet King —a union that brought the Thirty Years’ War to an end— the exchange of gifts became even more frequent. The queen was portrayed on numerous occasions alone or accompanied by her son Louis, known as the Grand Dauphin of France, as can be seen in María Teresa de Austria y el Gran Delfín de Francia (Maria Theresa of Austria and the Grand Dauphin of France), ca. 1664, by cousins Charles and Henri Beaubrun.

18th century. The arrival of artists in Bourbon Spain, the emergence of French taste

In 1700, with the accession to the throne of Philip V, the Bourbon dynasty, of French origin, was established in Spain, and in the early years of his reign, the king wanted to bring everything he had known in Versailles and Paris to the Spanish court. He commissioned the work on the Buen Retiro, as well as the interior renovation of the Alcázar, and undertook the construction of the Granja de San Ildefonso, in Segovia. In addition, all kinds of furniture, jewelry and clothing were imported. In 1715, the painter Michel-Ange Houasse came to the Spanish court from France, later being succeeded by Jean Ranc. In 1735, Louis-Michel Van Loo replaced Ranc, and became the King’s principal painter, as well as the director of painting at the Real Academia de Bellas Artes de San Fernando, founded in 1752. From his hand came the portrait María Antonia Fernanda de Borbón, infanta de España (María Antonia Fernanda de Borbón, Infanta of Spain), ca. 1737.

During this period, artistic transfers between France and Spain were sometimes made by way of Italy, which was home to an important French community fostered by the presence of the Académie de France in Rome, founded by Louis XIV in 1666. Spanish artists traveled to Rome more and more frequently, which gave them the opportunity to become familiar with French art without the need to travel to Paris. This was the case of Francisco Goya, who was able to become acquainted with the work of Nicolas Poussin and Pierre Subleyras during his documented stay in the Italian capital.

The blossoming of French culture and taste in Spain reached its pinnacle during the reign of Charles IV, grandson of Philip V. Born in Portici during the reign of his father Charles III in Naples and Sicily, Charles Anthony of Bourbon (1748-1819) arrived in Spain as a teenager. He was first named Prince of Asturias and then crowned King of Spain and the Indies in 1788. In 1808 he was dethroned, exiled first in France and then in Rome, until his death in Naples. His interest in the sumptuary arts, furniture, painting and sculpture became apparent at an early age and the best example of this is the Platinum Cabinet in the Casa del Labrador in Aranjuez, which was made entirely by French artists. On the occasion of his marriage to Maria Luisa Teresa of Parma in 1765, Louis XV gave the couple a table service from the porcelain company Manufactura Real de Porcelana de Sèvres, and his cousin Louis XVI, presented them with two paintings by Claude Joseph Vernet.

The blossoming of French culture and taste in Spain reached its peak during the reign of Charles IV, Philip V’s grandson

With the Napoleonic invasion that led to the War of Independence (1808-1814), Spain became the new destination to be explored by the French who, together with other foreign travelers and intellectuals, created what is known today as “the romantic image of Spain”. Some of those who contributed to this creation were the writer Victor Hugo and the painter Eugène Delacroix. We can see more specific examples in the exhibition, in the figures of Antonio de Orleans, Duke of Montpensier and Galliera, and Eugenia de Montijo.

The Duke of Montepensier married the sister of Queen Isabella II, the Infanta Luisa Fernanda. After the revolution of 1848 the couple left France, settling in Seville in 1849. Their stay led to a boom in culture and popular events in the city, to the point that Seville came to be nicknamed the “Small Court”. Eugenia de Montijo, the daughter of the Duke of Peñaranda, was born in Granada, but spent most of her life in France. Wife of Louis Napoleon Bonaparte, thanks to her education and refinement, she was one of those responsible for exporting the “Empire style” to the Spanish court.

At the end of the 18th century, France and Spain became official allies and a change began to take place with respect to the foreign view of the latter. Spain, which was at peace, proved to be the perfect alternative for more inquisitive spirits, since it was home to magnificent remains from the Roman and Arab civilizations. In this context, Alexandre de Laborde (1773- 1842), an officer, scholar and traveler, taking advantage of his diplomatic posting in Madrid, in 1800 penned the story of his travels, in the Voyage pittoresque et historique de l’Espagne. In 1808, he finally published a shorter version, entitled Itinéraire descriptif de l’Espagne, which led a considerable number of artists to Spain, including François Ligier.

In 1826, in Paris, Baron Isidore Justin Taylor began the publication of a Voyage pittoresque en Espagne, en Portugal et sur la Côte d’Afrique, de Tanger à Tétouan. In Paris, where he held the post of Royal Commissioner of French Theater, Taylor promoted the production of Hernani, Victor Hugo’s 1830 play set in the Spanish Golden Age, further catalyzing the Romantic enthusiasm for the Peninsula. At the same time, his involvement in governmental mechanisms allowed him to present himself as the connoisseur par excellence of Spain: in 1835, he was commissioned to assemble a collection of Spanish paintings for the Louvre Museum, a campaign personally financed by King Louis-Philippe, who was eager to acquire a Galérie espagnole, taking advantage of the imminent confiscations of Mendizábal. The two French artists most involved in illustrating the Baron’s work were Adrien Dauzats and Pharamond Blanchard, who also helped to locate the paintings destined for Louis Philippe’s Spanish gallery.

Although the perception of “Spanishness” in France varied throughout the 19th century, after the 1848 Revolution, it became increasingly frequent to associate Spanish culture with the image of an archaic and free people, in contrast with the rigid rules of bourgeois society. Starting in 1850, several artists, among them Gustave Doré, Jean-Baptiste Achille Zo, and Édouard Manet, began to exhibit paintings in French salons featuring gypsies, beggars, vagabonds and working class “majos”. Made after their respective trips to Spain, in most cases they tried to exalt the Spanish Golden Age with the figures of Velázquez and Ribera at the forefront.