The MAPFRE-UP community center in the Santa Fe district of Mexico City is celebrating three years caring for the most disadvantaged. A project which has managed to exceed all its targets and may become a model for other such experiences around the world.

In the world of culture, architecture and urban planning, the so-called Guggenheim effect. In 1997 Bilbao culminated the construction of a groundbreaking museum of modern and contemporary art that transformed the city and its surroundings. The success of the experience has been the subject of studies at universities around the world and many other cities were keen to replicate the process (not always with the same happy ending).

There are other less ambitious buildings from an architectural point of view, yet created with the same resolve to be catalysts for a process that can transform the environment. Spaces which, rather than converting the titanium into gold (given the museum’s unique cladding material chosen by the architect Frank Gehry), achieve a miracle that could be even greater: convert precariousness into hope, subsistence into sustainability, education into a future. This is the case of the MAPFRE-UP community center in the Santa Fe district of Mexico City, a place that warrants its own recognition, the Santa Fe effect.

“Our aim is not to solve the population’s problems from a paternalistic standpoint, but rather to place at their disposal elements that enable them to develop skills and thus get on in life by their own means” 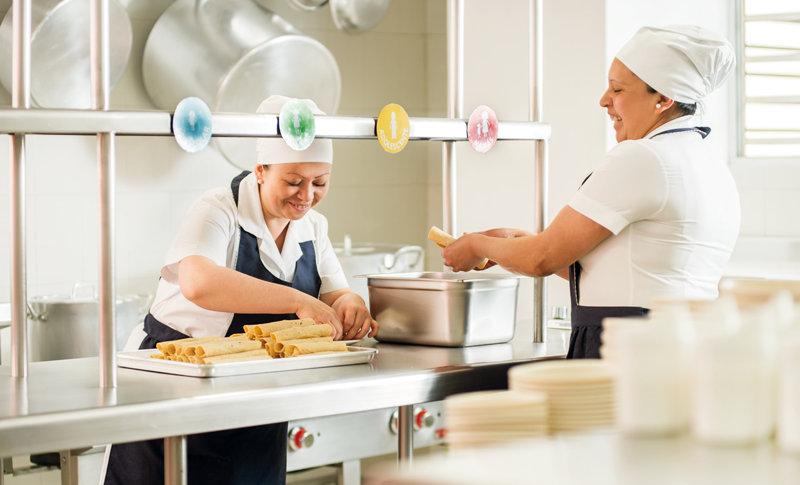 The first stone was laid in November 2015. On that sunny, mild Mexican winter morning, the President of Fundación MAPFRE, Antonio Huertas, stressed the fundamental goal of the project: “Lay the foundations for a more just society” so as to “be able to carve out a better future with equality of opportunity.” This is the case, for example, of José, a healthy-looking, friendly child who, at just ten years of age, was the star of the institution’s informative video. In it he relates how his mother picks him up from school every day, together with his one-year-old brother, José Luis: “We go to the community center, which is really near here,” he says. With its functional architecture, the building stands out for the intense red color of its main façade, its privileged location in a less-favored area of a middle-class district with a truly powerful university at its core – the UP (Panamerican University) – an essential partner in this project. 750,000 people live in the district, with three out of every ten living in poverty and 18,000 of them in extreme poverty.

Much more than a plate of food

“We are really hungry when we get here,” little José confesses, “and head straight for the Santa Maria dining hall, which is for children.” Alicia Ortega, a worker at the center, tells how that space serves “334 children aged four months to 16 years, as well as pregnant and nursing mothers, offering them a balanced meal every day.” All of the children who come here suffer food insecurity, Ortega stresses. But the goal is also to develop the capacities of all of them and help the young ones create a life plan: “Every month we take a look at a different value; this month we’re looking at the value of emotions, through phrases and songs,” she explains.

Nutrition is just the first pillar of their work which extends to many other facets and ages, ranging from health, education and training to entertainment, psychology or legal support. And seeing how little José struggles in the video to say the word “judicial”, we predict that, with the help of the MAPFRE Community, he could well end up, precisely, in the legal profession. He could thus be one of the success stories fruit of the Santa Fe effect.

“Being at the helm of this center is a rewarding experience in many ways. You face a different challenge every day and that motivates you to return the next day. I learn more from others, they help you know yourself better.”

We are reminded of another case by Nydia Valenzuela, director of the MAPFRE-Panamerican University Community: “Maite, a nine-year-old girl with Down syndrome. The change in the way she socializes has been tremendous,” she declares. “She joined in the development activities and became part of the Club, taking classes in IT, household chores, values, arts and crafts, and she eats at the Santa Maria dining hall… her case has marked me,” Valenzuela confesses.

In its first year, the center managed to help out nearly three thousand people directly, and over 14,500 indirectly. The goal for 2018, when it reaches 100 percent capacity, was originally to attend the needs of 5,000 people with limited resources in the region. However, in 2017, the beneficiaries already numbered 8,000. “Our aim is not to solve the population’s problems from a paternalistic standpoint,” Valenzuela stresses, “but rather to place at their disposal elements that enable them to develop skills and thus get on in life by their own means.”

This center, funded and managed by Fundación MAPFRE and the UP-IPADE Foundation, is run by professionals from the UP with the help of some 400 volunteers. It provides the following:

• Cafeteria service for children aged 0-16, as well as pregnant and nursing women, managed by the Santa Maria Dining Hall.

• First-class health care, preventive medicine, pharmacyand psychological care and counseling, all provided in the center’s clinic to improve their health.

• Education and Development, with classes in English, IT, household chores, martial arts, music, cooking, crafts workshops, professionalization of domestic work, reading circle, a school for parents and much more. 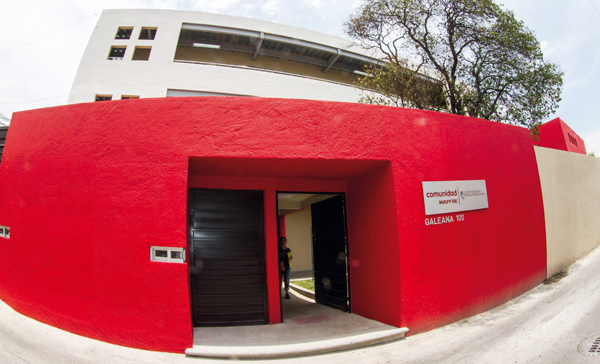 “Being at the helm of this center is a rewarding experience in many ways,” Nydia Valenzuela explains. “You face a different challenge every day and that motivates you to return the next day. I learn more from others, they help you know yourself better,” she stresses.

In a similar vein, MAPFRE’s Chairman and CEO, Antonio Huertas, explained that “Mexico is the first country in the world where MAPFRE has launched a project of these characteristics. We are proud to be working handin- hand with such a prestigious university, whose values include developing an educational community at the service of the common good.”

This awareness of really making a difference is particularly important in a project of this nature. And this comes across. As the director Nydia Valenzuela tells us “take the results of the socalled Regularization Program; of the 13 sixth grade children who enrolled, 100 percent fulfilled their secondary education aspirations.” This may seem to be just another figure; nonetheless, it is charged with future promise and significance.

“Working in the Community Center has made me reflect on the impact you can have on others,” confesses Francelia Lule, coordinator at the MAPFREPanamerican University Community. “I’m more committed to performing my work to the best of my ability, as I know I’ve set an example and can inspire others.” Yes, it must be that – the Santa Fe effect.