Huachipa was a forgotten place. It is a peripheral district of Lima, Peru’s capital, with few direct access roads and scant public transportation connecting it to the big city. Fundación MAPFRE and the Spanish NGO CESAL run an integral education program there.

The 70,000 people who live in the various settlements that go to make up Huachipa are almost as isolated as those who live far up in the Andes mountains. A mere 3.7 percent of the houses have running water and there is scarcely any street lighting.

The majority of its inhabitants are families with an average of four children, whose income rarely exceeds 200 euros a month. They are mostly engaged in the extraction of clay for making handcrafted bricks, sowing and selling grass, raising pigs, recycling garbage and informal trading activities. Three percent of the children suffer from chronic malnutrition and 48 percent have a high probability of contracting infectious diseases such as tuberculosis.

The Spanish NGO CESAL has been working in Huachipa since 1998. The situation of children in the area at that time was alarming: malnutrition, learning disorders, child labor and a lack of hygiene due to scant resources in the homes. The children were also victims of dysfunctional and violent homes, and a dearth of adults taking an interest in them. They immediately started up some concrete projects: they built a day nursery, a health center and a water network, which are still fully operational. 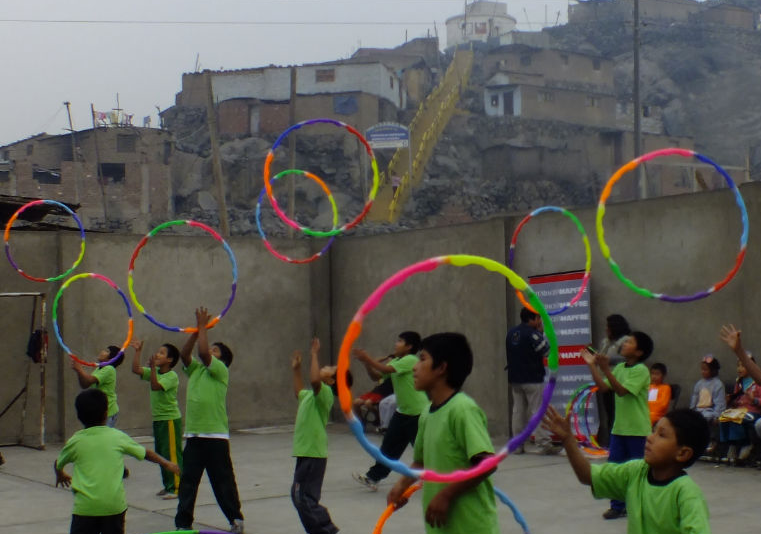 Without education there is no chance of getting a good job and, without a good job, families cannot afford to send their children to school

But it was in 2010 that the NGO, in collaboration with Fundación MAPFRE, started designing longterm programs to tackle the root cause of most of the problems: the lack of education. According to local statistics, eight percent of children in the 6-11 age group cannot read or write, a percentage that rises to 20 percent among adolescents aged 12 to 17, yet falls to 7.9 percent for those over 18. It is a vicious circle: without education there is no chance of getting a good job and, without a good job, families cannot afford to send their children to school. Close to 45 percent of the population left school due to a lack of money.

Over the years they have been working in Huachipa, the workers and volunteers of the programs run by CESAL and MAPFRE have realized that, in order to remedy this situation, occasional workshops or training courses are not enough. What is required is an integral educational support strategy starting at preschool age (both in the classroom and offering advice to the families), continuing throughout childhood, and on into adolescence with technical vocational training to give the youngsters skills and thus improve their employment prospects. This whole process must be accompanied by education on nutrition and health issues, while conveying parenting guidelines to avoid violence and machismo.

2010 saw the first activities within this integral strategy which has already borne great fruits: after-school remedial classes, family counseling, entrepreneurship and vocational training courses offered at the La Rosa Blanca center (dressmaking, cosmetology, educational aide, trade…). And a further program along the same lines is already underway, boosted by the collaboration of CESAL and Fundación MAPFRE, which will benefit 1,750 people from all over the Huachipa district.

This new program will provide, among other things, out-of-school educational services for 285 boys and girls in the 6-12 age group, as well as 480 adolescents aged 13 to 17. Moreover, educational consultancy services will be offered to public schoolteachers in the area and complementary workshops will be run for such subjects as IT, English, traditional craftwork, cooking, handicrafts, music, Peruvian dances and sport, the latter in collaboration with the Warma Yachay socio-sporting school of the Real Madrid Foundation, which is managed by CESAL and financed by Fundación MAPFRE. In addition, around 300 young people aged 18 to 29 will receive training at La Rosa Blanca and over 500 families will receive advice for their everyday lives.

“I now have greater self-confidence and I hope to continue my studies at university,” says Amelia Karina Morales Condori 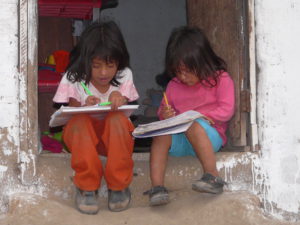 The result of all these actions is irrefutable. “I have benefited from the programs since I was a little girl, when I started attending remedial classes they were offering. I qualified at the age of 18 as an educational aide and currently work at an early education school. I’m happy because I’ve been able to fulfill myself as a person and discover my vocation working with children. I now have greater self-confidence and I hope to continue my studies at university,” says Amelia Karina Morales Condori, now 20, one of the young people who have received vocational training at the La Rosa Blanca center over the last few years.

Another example is that of Mirko Siuce, aged 15, who attends extracurricular activities at the Real Madrid socio-sporting school. Close to 200 pupils like him are happy, as they have been able to grow up together with their families. His mother, Rayda, specialized in cosmetology at La Rosa Blanca and has started up her own business.

María Palomino, a mother who attended a Catering and Bakery workshop, offers another testimony of success: “I’m from Ayacucho and I came to Lima in the year 1975. All my life I had worked at home but, thanks to these courses, I’ve learned how to make cakes, pies and chiffon. That marked a turning point in my life: I now spend more time with my children and help with the household expenses.”

Target group: Boys and girls under the age of 14, young people aged 15 to 18 and adults.

Lines of action: Education, nutrition, health, access to the labor market and entrepreneurship