Claudia Andujar: The strength of the Yanomami 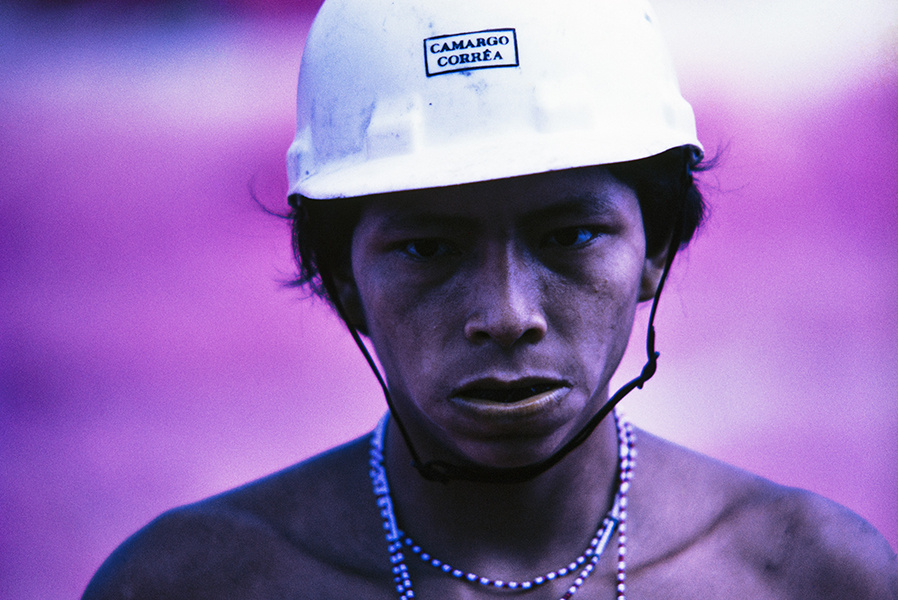 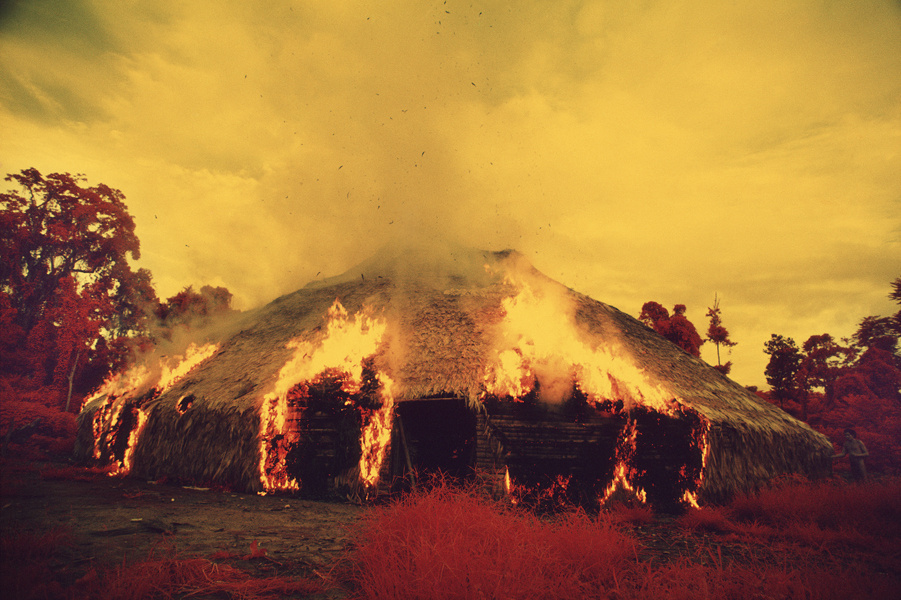 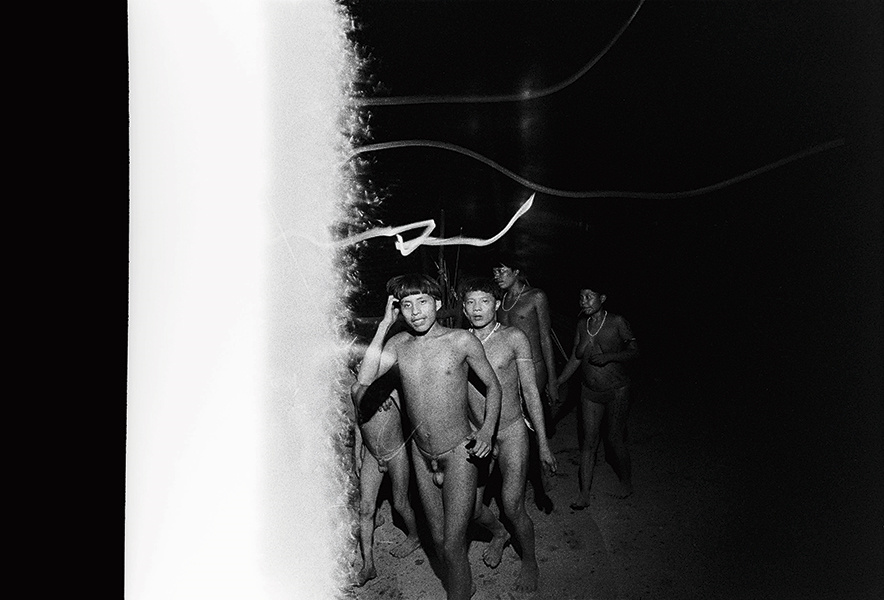 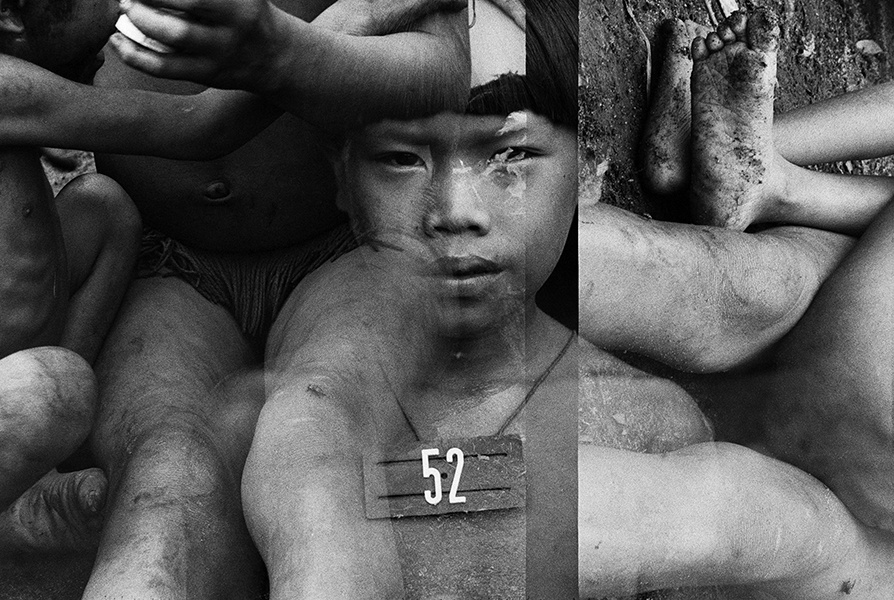 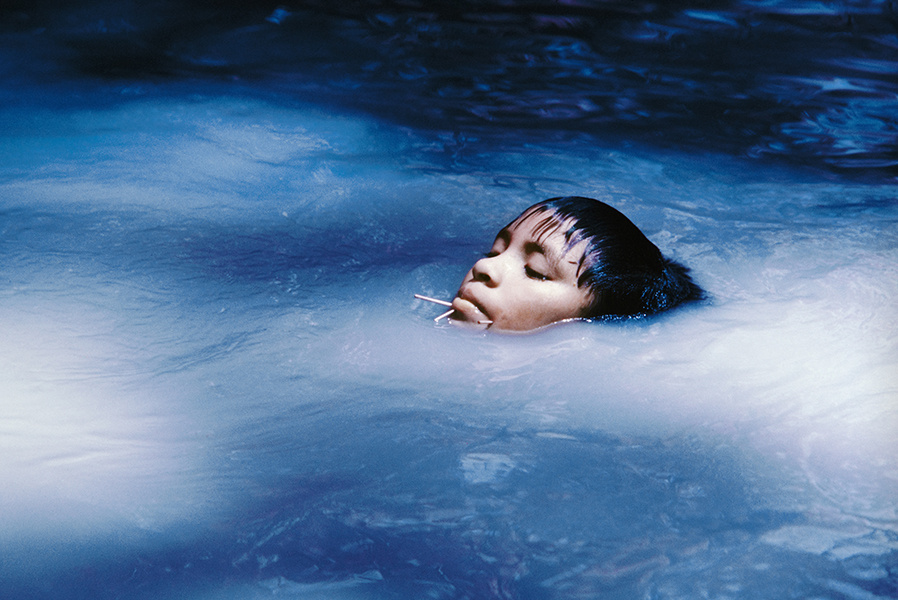 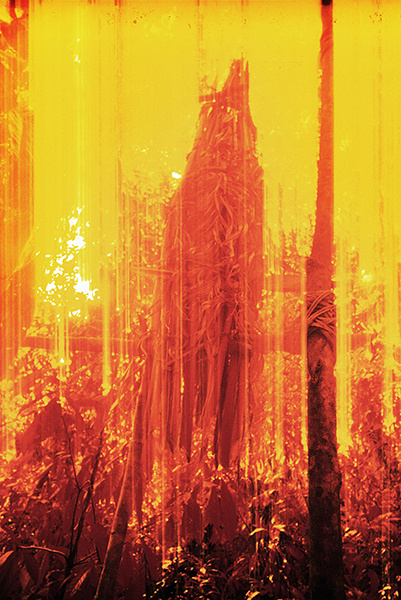 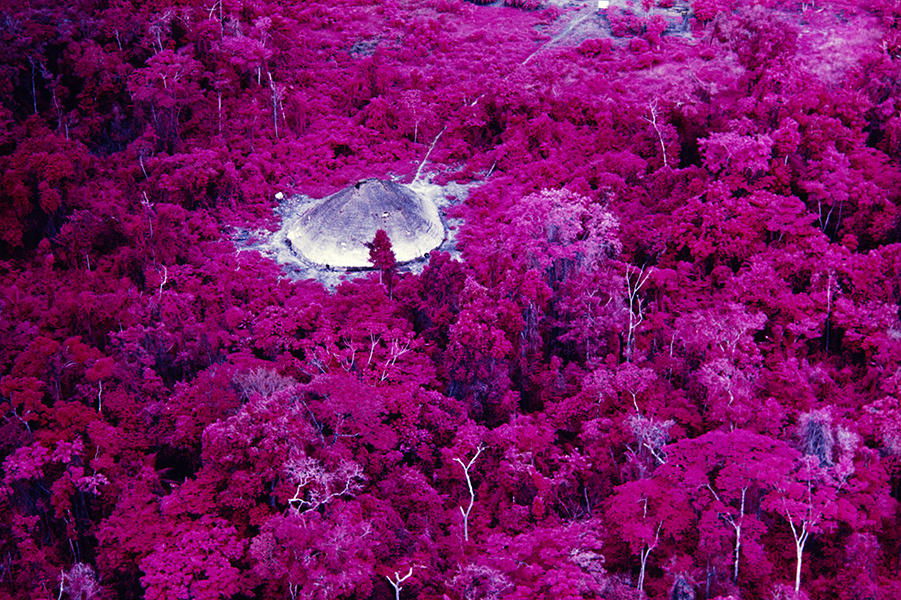 Between February 18 and May 16, 2021, the KBr photography center in Barcelona will be hosting the Claudia Andujar exhibition, organized by Instituto Moreira Salles, Brazil, in collaboration with Fundación MAPRE.Curated by Thyago Nogueira, this exhibit brings together an exceptional series of photographs and documents of a photographer, who, for over five decades, has devoted her life and work to documenting and protecting the Yanomami people, one of the largest, most threatened indigenous groups in Brazil. After four years researching the artist’s archives, the exhibition brings together around 300 photographs, an audiovisual installation and a series of drawings made by the Yanomami. Moreover, it includes a selection of her earliest photographs taken in Brazil in the 1960s and 70s.

Born in Neuchâtel, Switzerland, in 1931, Claudine Haas grew up in Transylvania, in a family of Protestant and Jewish origin who died in the concentration camps of Auschwitz and Dachau. The girl managed to flee with her mother and, in 1946, arrived in New York, where she changed her name to Claudia Andujar, the surname taken from her first husband, Julio Andujar, a refugee from the Spanish Civil War. An admirer of the painter Nicolas de Stäel, in the city of skyscrapers she tried her hand at abstract painting, while working as a guide at the United Nations. In 1955 she traveled to Brazil for the first time and decided to stay and live in São Paulo, where she found photography to be a method for communicating and interacting with the local population in her new adopted country.

Her work gradually developed into a study of the most vulnerable communities in the country and, in 1962, she started the series Brazilian Families. Some time later she traveled to the state of Pará, where she spent a month living with the Xikrin Indians and, between 1966 and 1971, she worked as a photojournalist and portrayed the underprivileged in society, such as drug addicts and prostitutes. Finally, in the early 1970s, she came into contact with the Yanomami and she devoted her work between 1971 and 1977 to them.

The Catrimani River, which the Yanomami call Wakatha u (giant armadillo), starts in the Parima mountain range, on the Brazil-Venezuela border, and is considered the cradle of this indigenous community, who have inhabited this region for a thousand years. Hunter-gatherers and farmers move around an area of 120 km2 divided between northern Brazil and southern Venezuela. Their population is estimated at 36,000 people, two thirds on the Brazilian side. This is an ethnic group divided into several subgroups and over 200 communities with four different languages, but all with the same roots. A large part of them live in the highlands, far from rivers, but near streams and springs that provide them, even in times of drought, with a ready supply of fresh fruit and animals. Between the 1940s and the 1960s, various religious missions settled in the region in order to protect, evangelize and offer health care to the inhabitants of the area. Carlo Zacquini was one of the lay brothers who, together with the priest João Batista Saffirio, settled on the banks of the river in 1965 and helped Andujar come into contact with the Yanomami and their different peoples. On December 17, 1971 the artist landed at Parima for the first time, accompanied by her husband George Love. In April the following year, she returned alone, fascinated by the culture of this isolated community and ready to immerse herself in their daily lives. The pictures of Claudia at that time, taken in the various different sectors she traveled around, reveal a traditional lifestyle: daily routines in front of the yano, the communal homes that house dozens of families under the same roof, the women collecting fruit and the men hunting small animals. Andujar photographs in an ethnographic manner, full of respect and curiosity, but maintaining a certain distance. Nonetheless, it is removed from the documentary style to which the viewer is accustomed.

On returning to São Paulo, the artist requested an extension to the Guggenheim fellowship she had obtained some time earlier to take on the Xikrin Indians project, abandoning it for the Yanomami. Shortly after, with the increased interest of the Brazilian public in the Amazon, she presented O homem da hileia [The Man of the Hileia] at the Museu de Arte de São Paulo in 1973. This was an audiovisual presentation employing two projectors, fusion control and small mirrors on the lenses of the projectors that replicated the images on seven screens. This marked the first step toward the invention of a photographic universe of the Yanomami, free of journalistic documentary concerns or the ethnographic rigor of anthropology.

The following year, Andujar returned to the Catrimani River and tried to capture all the stages of the funeral rite or reahu, which can last several days or weeks depending on the importance of the dead person, and of the food offering, translating abstract concepts through her camera. Little by little she began experimenting with different techniques. She applied petroleum jelly to the camera lens, used different flash devices or infrared film with which she created visual distortions, streaks of light and saturated colors, and prolonged exposure times in order to overlay various scenes on the same frame and visually suggest the presence of many people and the spiritual connection between them. She gives form to the shamanic experience and offers a new understanding of this culture, whose meaning can only be understood through images. She also began a series of black and white portraits of adults and children in front of their collective homes. The choice of chiaroscuro and narrow framing creates an atmosphere of intimacy and highlights the individuality of the subjects. These images celebrate a true friendship, given that the Yanomami welcomed the artist into their community.

In 1974, with the help of Carlo Zacquini, the artist proposed that the indigenous people she had previously photographed should produce drawings on paper using markers. This resulted in 100 drawings, a selection of which are present in this exhibition: “Initially all the indigenous people willing to collaborate participated and they were asked to draw whatever they wanted. Most of them preferred to reproduce their body paint. I asked those who had produced a more interesting work to draw scenes of everyday life. This group then spawned a smaller group made up of those who showed the greatest interest in the activity. The next step was to ask them to draw characters they considered important for whatever reason. That was the starting point for researching their mythology. They were also asked to include a description and a comment on their drawings,” Andujar stated in 1976.

In the early 1970s, the Brazilian military dictatorship launched a program to exploit the Amazon region. Due to forestry and mining depredation, and to the spread of diseases – given that many people emigrated from the cities to perform these jobs in a territory hitherto isolated – the daily life of this community was seriously threatened. When Andujar denounced this situation, she was prevented from entering the area. From that moment on, she dedicated her life and work to the territorial and cultural defense of the Yanomami through the creation, in 1978, of the NGO Pro- Yanomami Commission (CCPY) together with Carlo Zacquini and the anthropologist Bruce Albert. Moreover, she began traveling around the world with the Yanomami leader Davi Kopenawa to promote the defense of the rights of this community and restore their dignity as a people. Finally, the government formalized the territorial demarcation of this indigenous group’s lands in 1992. During this time Claudia Andujar launched a vaccination campaign to protect the health of the indigenous people and took the opportunity to produce numerous portraits of each of them. Viewed together, these portraits reveal the diversity of this group, those who have received medical assistance and the degree of contact they have with Western society.

After numerous protest campaigns, exhibitions and the publication of several books, between 1993 and 2013 the artist progressively withdrew from the political scene, solely using her art to maintain the Yanomami cause in the spotlight. The Lannan Foundation in Los Angeles (USA) recognized her work with its “2000 Cultural Freedom Prize” and she participated in the 2012 PhotoEspaña festival in Madrid. Today her works can be found in some of the world’s most important collections, such as the Museum of Modern Art in New York or the George Eastman House, Rochester. In 2004 she received a grant to organize her photographic archive. For Thyago Nogueira, curator of the exhibition, this work over these past four years served to bring together the series of photographs, drawings and documents that make up this Claudia Andujar exhibition now presented in KBr Fundación MAPFRE, the new photography center that our Foundation has opened in Barcelona.