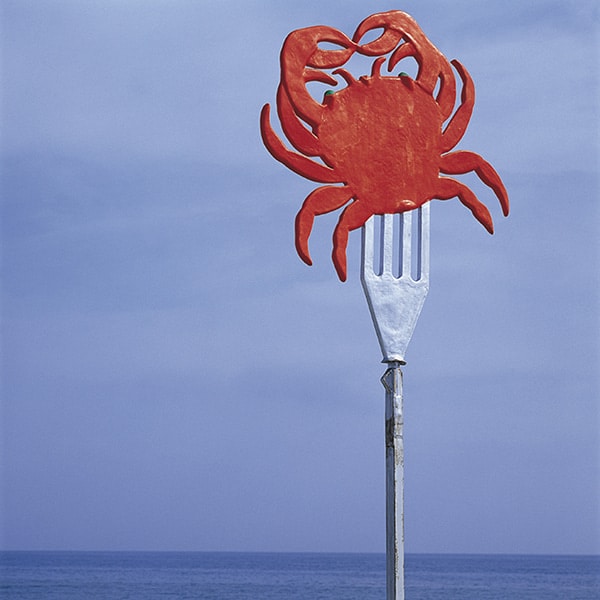 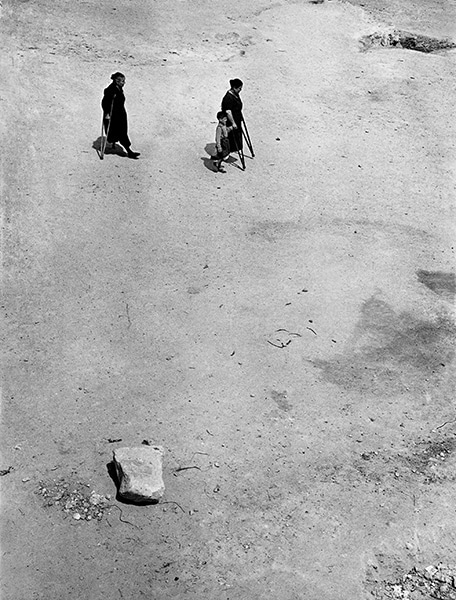 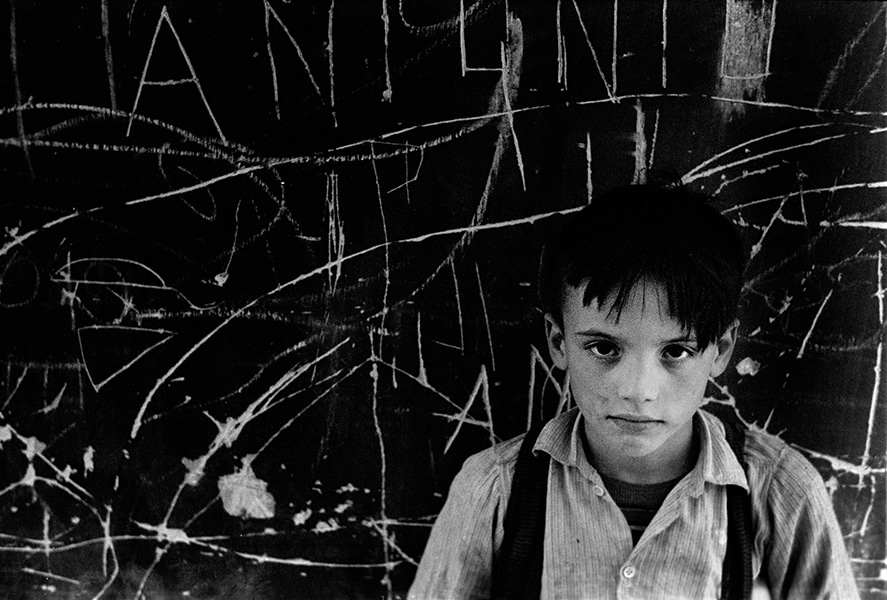 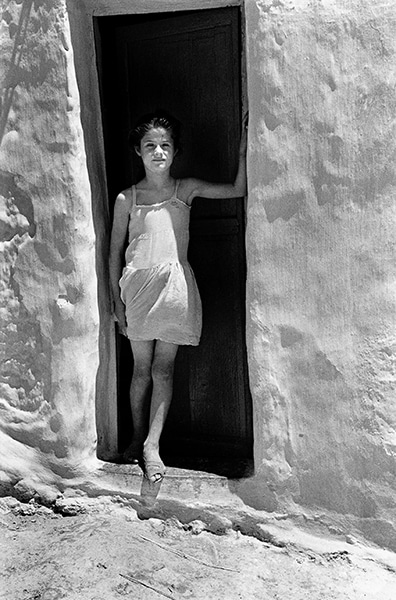 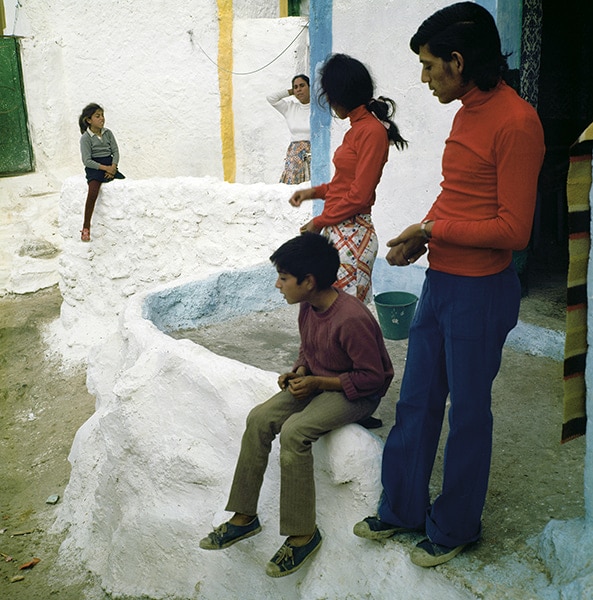 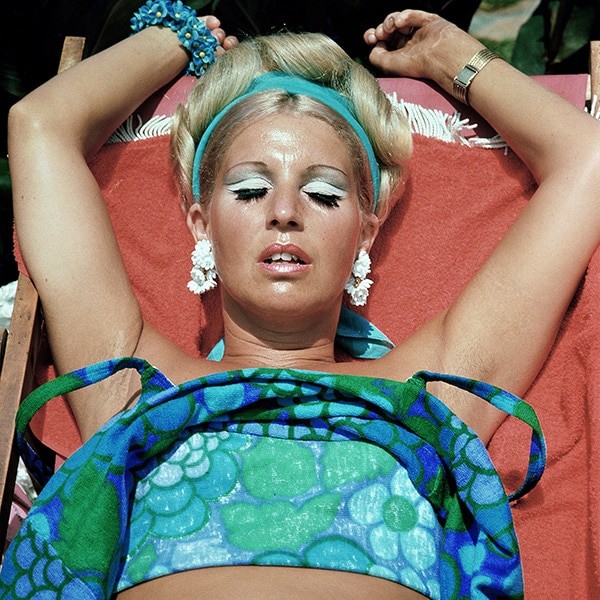 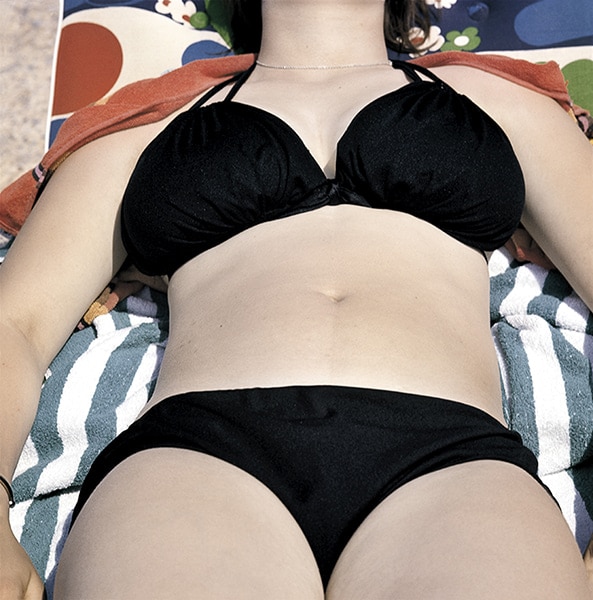 The exhibition that Fundación MAPFRE is presenting in its Madrid galleries dedicated to the work of Carlos Pérez Siquier (Almería, 1930-2021), which can be visited from June 1 to August 28, 2022, allows us to discover a fundamental artist during the development of photographic modernity and the professionalization of the medium in Spain.

One of the most striking characteristics of Pérez Siquier’s work is that he has maintained, from the beginning of his career in the 1950s, his status as a peripheral artist, since he lived all his life in his native Almería. Without ever having moved to the great productive centers in Spain, such as Madrid or Barcelona, Pérez Siquier became a fundamental figure in Spanish photography, in constant contact with other artists of the time such as Joan Colom, Xavier Miserachs and Ricard Terré. In addition, the author was the catalyst of the most influential photographic collective of his time, the AFAL Group (1965-1963), which coalesced around the magazine of the same name and, through its work, did not hesitate to provoke intense ruptures that went against the prevailing mainstream.

From Almeria, a distant spot on the outer reaches, Pérez Siquier created, over the course of more than sixty years, a photographic corpus that tangentially and, at the same time, in a profound and scathing way, delves into the debates of the time. Throughout his series run the social periphery, the visual alterations arising from Franco’s developmentalism, and the cultural shock produced by the massive arrival of foreign tourism into Spain, as well as the penetration from a different way of perceiving things. This new visual, colorful and sensual culture, condensed behind the slogan Spain is Different, came to superficially replace the post-war trauma on the country’s coasts. In addition, the exhibition also showcases the author’s retreat into more personal spheres in his latter years.

The Pérez Siquier exhibition is thus presented as a broad retrospective that covers his most important series, produced between 1957 and 2018. With this exhibition Fundación MAPFRE aims to boost the international recognition of a figure who was awarded the National Photography Prize in 2003.

The images that make up the “La Chanca” reportage represent the paradigm of an entire era in which photographic humanism was intertwined with the interests of the social novel or travel stories that the best Spanish literature of the time was producing, from Rafael Sánchez Ferlosio to Camilo José Cela or, particularly in this case, Juan Goytisolo. Just like the text of La Chanca, by Goytisolo, somewhat posterior to the work of Pérez Siquier and censored in Spain until 1981, the series delves into this neighborhood in Almeria populated by an urban sub-proletariat living in peculiar homes. The photographer strives to describe, yet also dignify, an age-old way of life and urban sociability that existed prior to the grand rural exodus that was to fill Spain’s major capitals with working-class slums.

The photographer himself, in the 1960s, sharpens his discourse through “La Chanca en color” [La Chanca in color]. A change that comes from a visual association with the developmentalism and optimism built and imposed, starting in the sixties, by the Franco regime.

The interest in color that had begun with La Chanca en color developed over the subsequent years. This is the case of the Informalismos series in which Siquier captures the peeling paint of the houses and the walls of the cave houses in the neighborhood. Almeria City Council decided to intervene in La Chanca, because the poor conditions did not fit in with the image of modernity that they wanted to project to tourism. The clean-up operation razed part of the substandard housing in the upper part of the neighborhood, so that some of the interior walls were left exposed to the elements.

These isolated, fragmented surfaces, with their deposits of color, are linked to pictorial informalism, or to the search for pure abstraction towards which Siquier tended from that moment on, in search of autonomous forms and the appreciation of flat colors. Abstraction, but in the context of a neighborhood in danger of demolition.

As a photographer hired by the Ministry of Information and Tourism, Pérez Siquier undertook several trips along the Spanish coastline to obtain images that would be used to promote tourism. Some of these were exhibited in the form of posters and brochures that bear the flavor of an era in which the industry flourished under the promise of sun and sand. Along with those photographs that would be used to project the economic openness of the regime and sell a colorful, liberal and “cosmopolitan” Spain, Pérez Siquier shot numerous scenes of the more carnal aspect of the new tourism and its colonization of the beaches. These presented a new visual and moral culture that fueled the irony of the country’s paradoxes in the 1960s and 70s.

On the whole, ”La Playa” exudes a sense of humor with a restrained Surrealist touch; a celebration of the corporal mass and the life it exudes, with a subtle look at a different everyday life, based on the relaxing of the moral norms imposed on the bathers. This is the viewpoint that links Pérez Siquier’s oeuvre to the works of visual pop artists such as Tom Wesselmann, John Kacere and Joan Rabascall. And, in a surprising way, barely seen up to that point, it precedes Martin Parr’s color work by several years, as the British photographer himself concedes. Few dared to venture into color photography at that time; indeed, few managed to find their own voice with this new medium that seemed to strip the traditional black and white of all its poetic magic. This makes Pérez Siquier a true pioneer on the international stage.

Humor and perplexity: Trampas para incautos [Traps for the Unwary] and Color del sur [Color of the South] (1980-2012)

The interest in surfaces that had appeared in “La Chanca en color” is further developed in these series, in which Pérez Siquier seems to travel an increasingly superficial world populated by alternate representations of reality; settings that look like cardboard cut-outs, where everyday scenes are frozen in shop windows with mannequins, fairground figures, illustrated parasols or advertising banners.

As if immersed in a parallel universe, these scenes produce a peculiar sensation of strangeness because they capture motifs that normally, due to their banality, tend to go unnoticed. The use of saturated color places the motifs in an unreal, unpopulated, alien and even hostile environment. In in that sense, his work is linked to the interests of the emergence of kitsch in contemporary culture and American hyperrealism. In the strictly photographic realm, this is the series in which Pérez Siquier comes closest to the ideas developed in the 1970s by Luigi Ghirri and William Eggleston.

As a counterpoint and final reference to the most recent work of a photographer who remained active during his final years, when he was almost ninety, the exhibition closes with the series “La Briseña”, which suggests a retreat inward. Similar to the colorful exteriors of the vernacular architecture featured in “La Chanca” in color six decades ago, in his final works the frame is occupied by the interior of his summer residence, located in the Almerian desert. A small farmhouse that lends its name to the series and which itself takes its name from the winds that blow through the landscape. The materiality of the whitewashed walls and the presence of seemingly insignificant objects indicate an introspective process, a vindication of the material identity of the land which was dearest to him, and a poetic breath which shines a new light on his work and seems to collect all his previous interests into a limited space, charged with an intimate gaze and filled with a warm light.