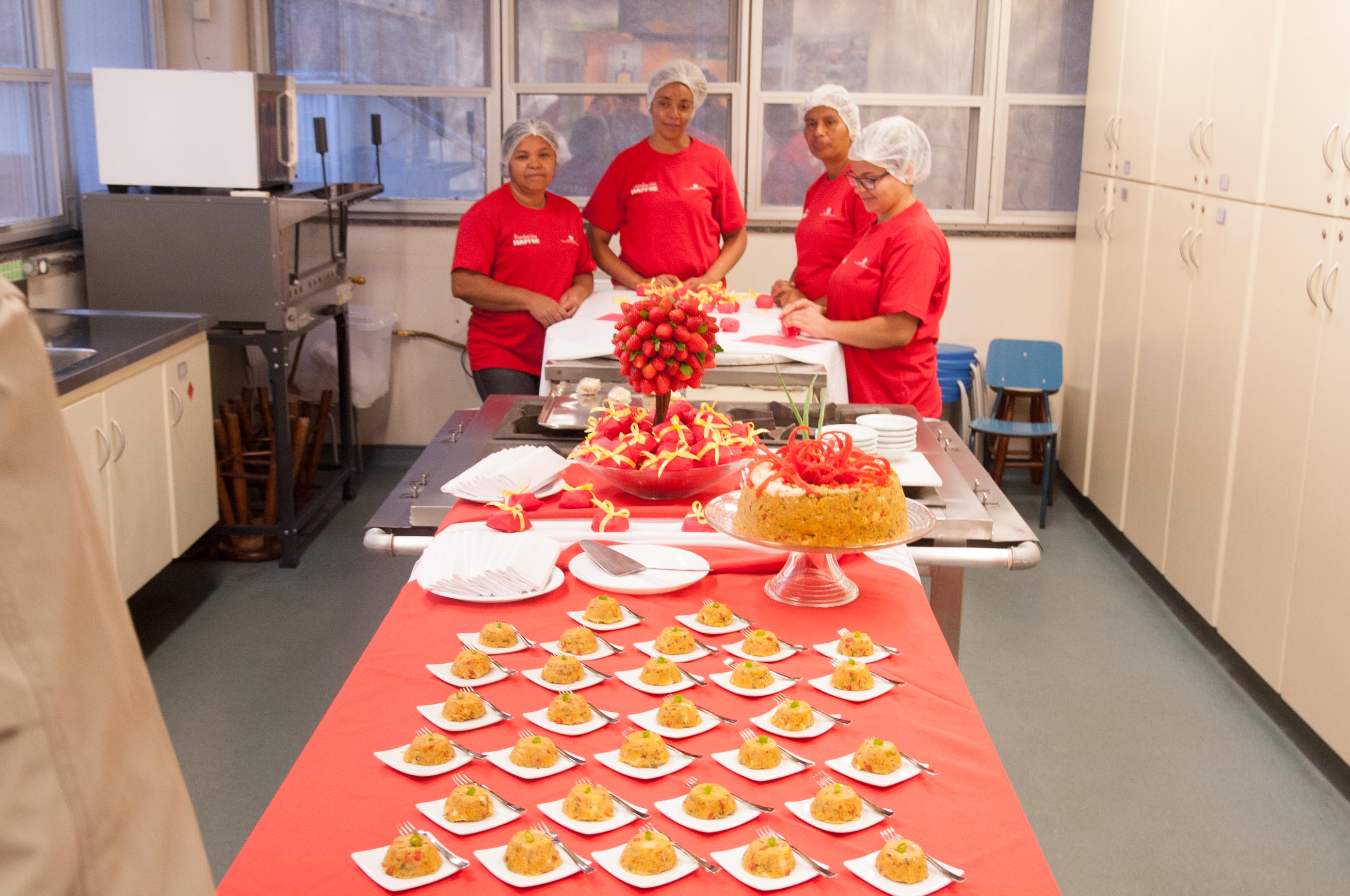 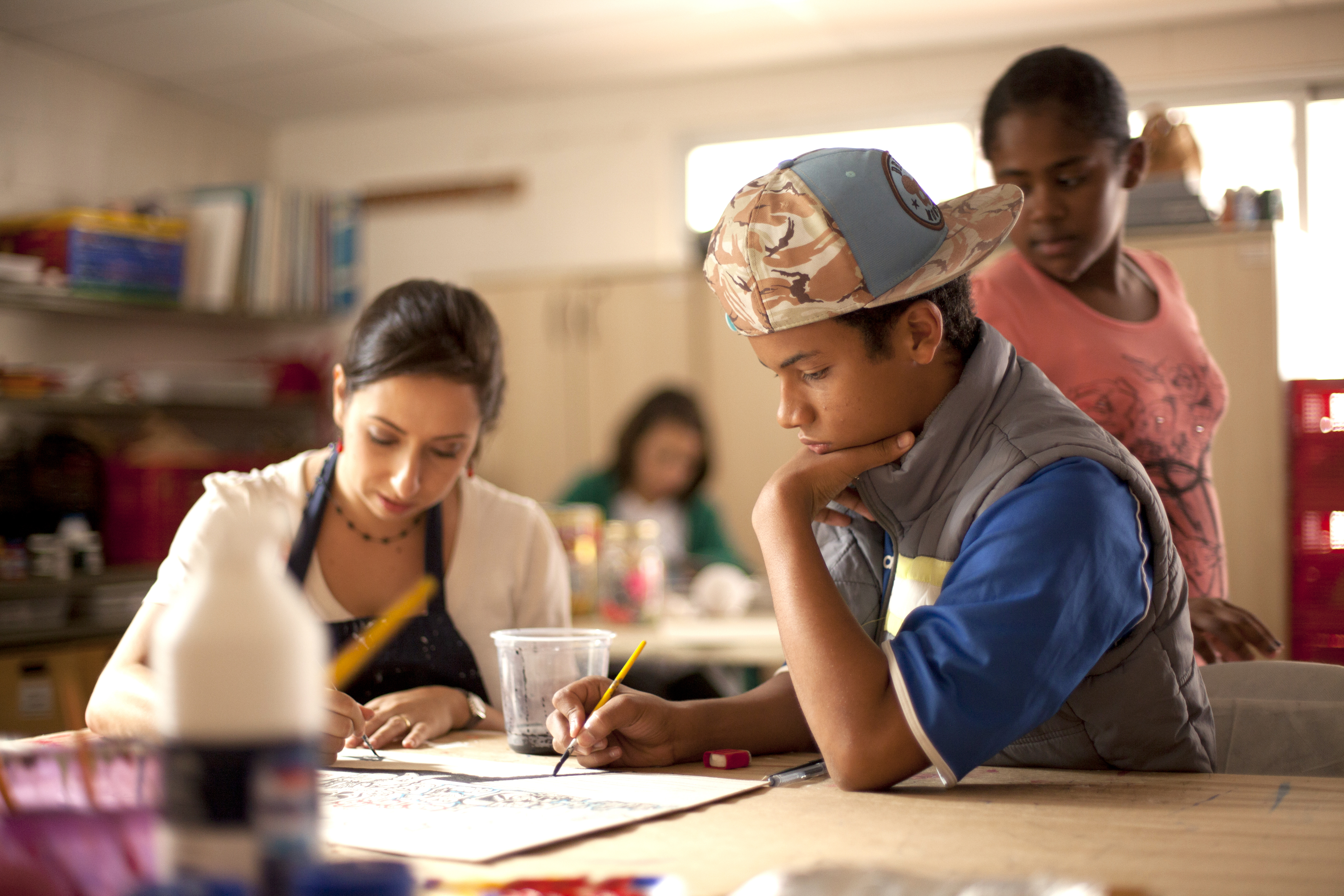 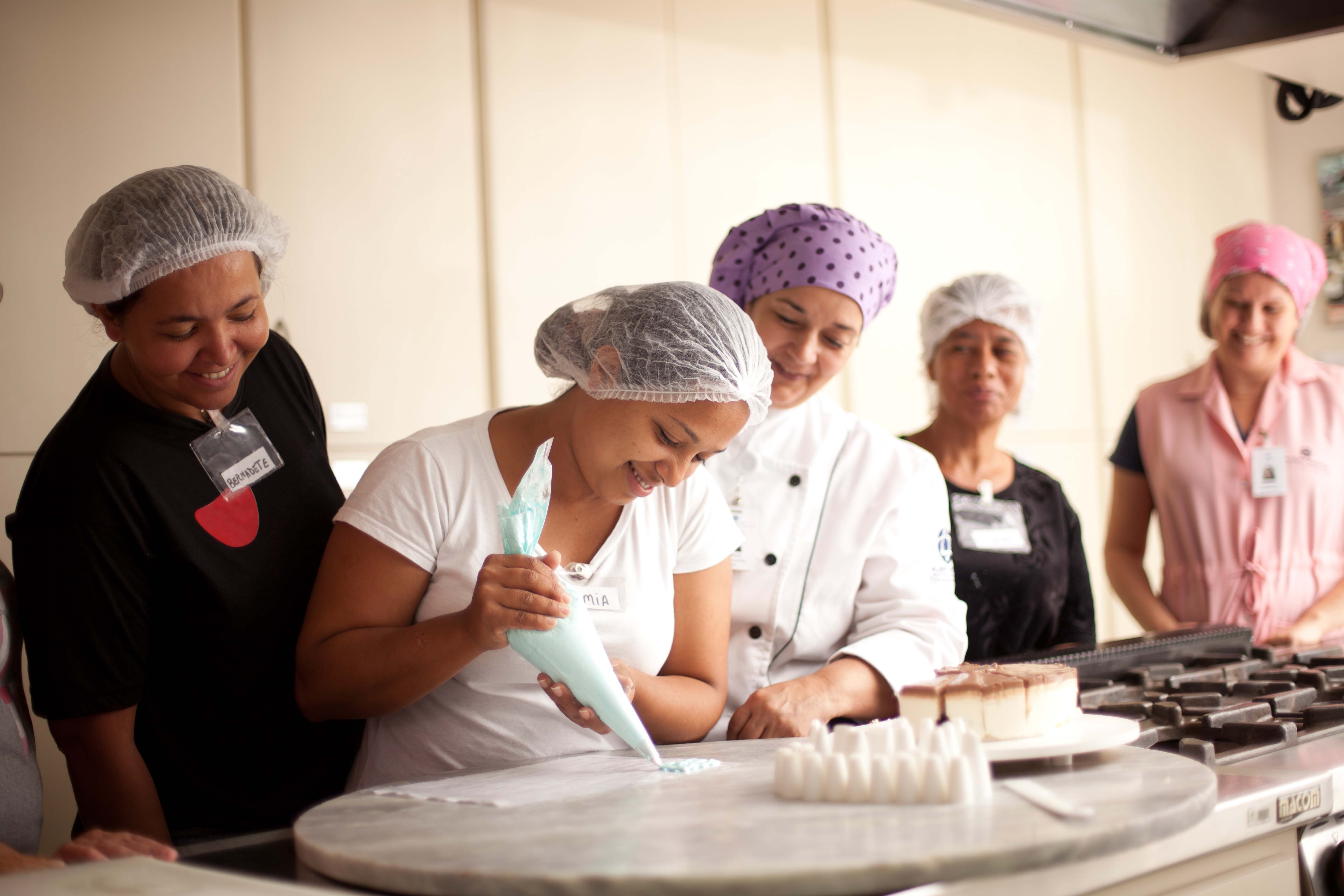 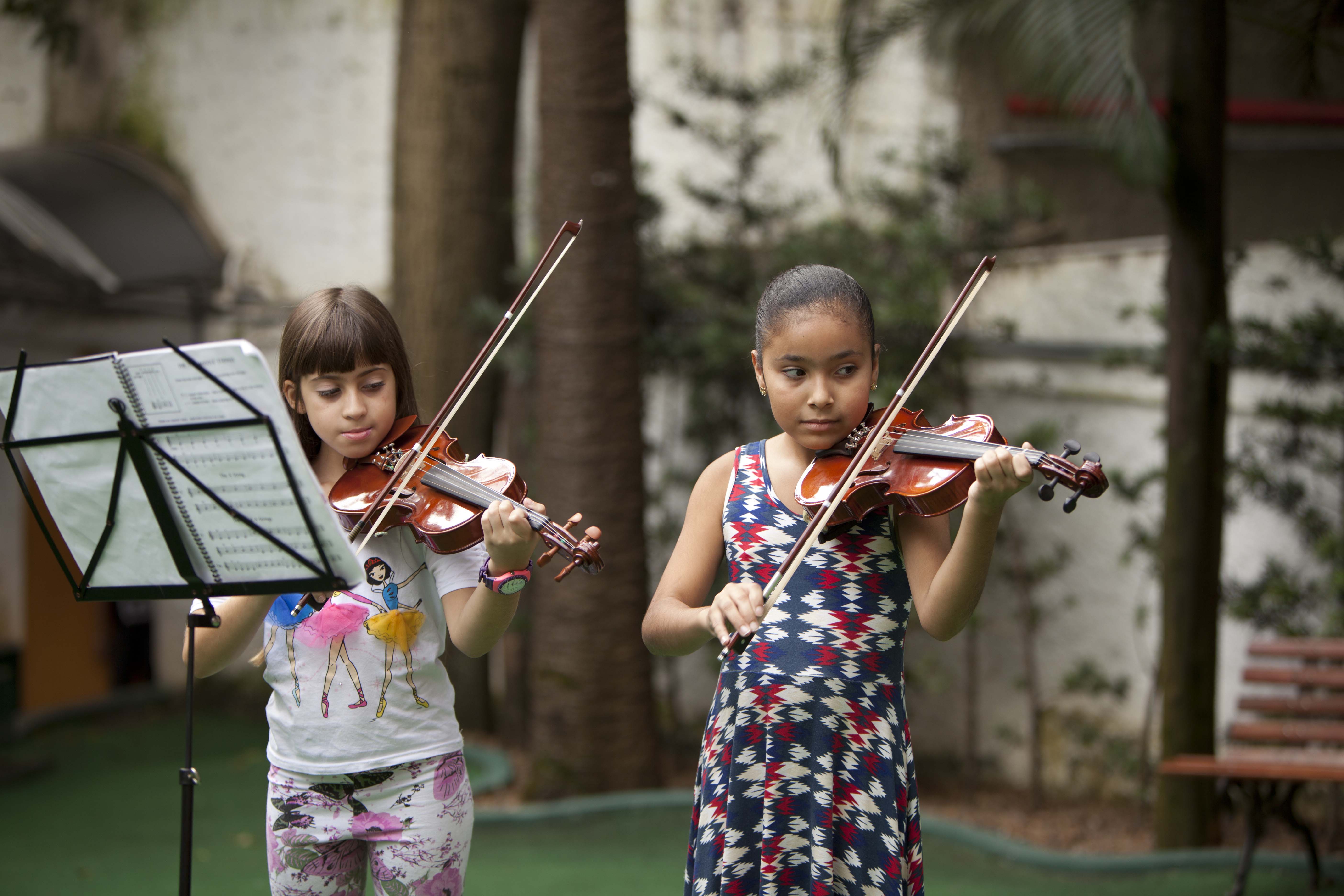 To combat violence, investing in security is not enough. It is necessary to foster education, sport, vocational training, the arts, community spaces and, above all, family ties. The role of mothers is fundamental for achieving a more egalitarian society. This is why the Einstein-MAPFRE project is working with women and children in the second largest favela of São Paulo

“Now I know that I don’t need to hit or yell at my son when he disobeys me, but rather talk to him,” says one mother. “I’ve realized that it is important for the father to participate in looking after the baby,” adds another. Yet another: “I’ve changed how I communicate with the child.” More conclusions: “I didn’t know how to listen, stop and observe my children and my grandchildren”; “I now put myself in my son’s shoes”; “They’ve shown us that it’s a safe place to play”; “Babies are aware of all the situations going on around them”; “I have greater confidence, more patience”…

These are comments from mothers living in Paraisópolis, the second largest favela in the Brazilian city of São Paulo. They are their opinions after participating in one of the workshops run there within the framework of the Einstein-MAPFRE program, fruit of a collaboration agreement signed last March between the Brazilian Albert Einstein Israelite Hospital Charitable Society and Fundación MAPFRE. For a time these women lived together with educators, health personnel and even storytellers, who reminded them of fables and games from their childhood. They learned basic routines for the care of their children’s health, but also the importance of the maternal bond in their children’s emotional training and, by extension, in the formation of a more egalitarian society.

On returning home, these mothers were much more resourceful when it came to making their home a healthier, safer place. An environment less conducive to violence, better placed to overcome the stigma of poverty. It is not easy to live in Paraisópolis: its crime rate is one of the highest in the world. Some 50,000 people are crammed into shanty dwellings that contrast sharply with the opulence of the homes in the adjacent Morumbi neighborhood, one of the wealthiest in São Paulo.

The Einstein-MAPFRE project is run in Paraisópolis and surrounding marginal areas, based on one guiding principle: to decrease the levels of violence, investing in security is not enough; it is necessary to create a social structure that eliminates the very roots of that violence. We need to invest in education, sport, activities to strengthen families, protect children, create strong communities fully aware of their rights and obligations toward their neighbors. This is the only way you can create a social substratum capable of escaping from the spiral of violence inherent in living in a favela. 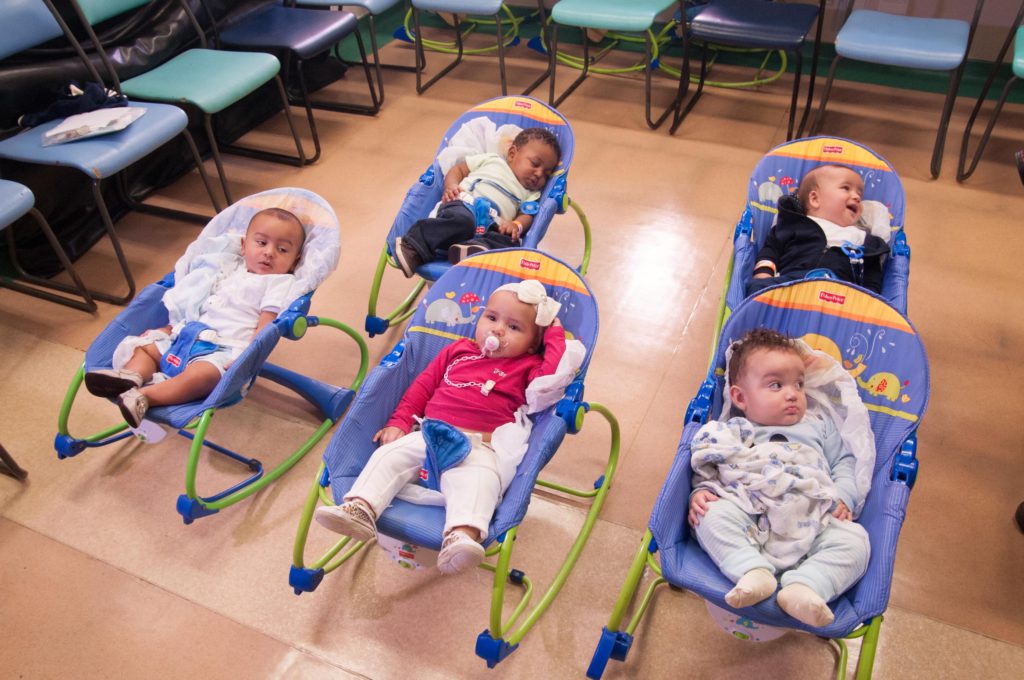 Of special importance is the role of the mothers and caretakers to break out of this spiral: it has been demonstrated that, where the maternal bond is strengthened, positive, constructive changes take place within the family unit, and it is easier to detect social pathologies and risk situations for young people. For this reason, the Einstein-MAPFRE project primarily targets the mothers and caretakers. In the workshops they are not only taught essential facets of care to ensure their children grow up healthy (hygiene, diet), but also how to stimulate their learning and development, both physical and psychological.

The work with these women also aims to reduce the violence they themselves may suffer within their own home. Events organized include talks, personal stories, videos and activities related to gender-based violence, sexual rights and family planning.

Another significant portion of the Einstein-MAPFRE program’s resources is earmarked for the promotion of female entrepreneurship, offering workshops, project evaluation, business management training, and support for gaining access to markets and credit. Experts in enterprise creation accompany the women in order to help them succeed in their new venture.

It has been demonstrated that, where the maternal bond is strengthened, positive, constructive changes take place within the family unit, and it is easier to detect social pathologies and risk situations for young people

The Albert Einstein Hospital has experience in this kind of projects in Paraisópolis and nearby deprived areas, given that, since 1998 it has been undertaking activities related to health, education and entrepreneurship. And there are many people who have benefited since then within its sphere of activity in São Paulo, especially in the field of pediatric care, but also from its community consolidation activities (sport, plastic arts, dance, music, theater, education of pregnant women and mothers) and its vocational training courses (in cooking, dressmaking, hairdressing, and skin and nail esthetic techniques).

Darley Maria Bibiano de Souza, 24 years old and married with a six-year-old child, is an example of how the support project for female entrepreneurs works. “Through a friend who was doing a bakery course, I learned of the Einstein training programs in Paraisópolis. First of all, I signed up for bakery (at that time I didn’t even know how to make a birthday cake for my son). Then I did another cookery course and one to learn how to make confectionery, and I made the most of the classes. Then one of my teachers told me about a really good cookery course organized by a university. It was difficult to get in, as there were only 30 places and 90 people had applied. But I got in mainly thanks to that teacher, Monica, who helped me to believe that I’m capable of achieving what I want to do,” Darley Maria recalls. Now this young woman is working in a restaurant, but, in addition, at home she makes party cakes, sweets, chocolate bars, candies, lollipops, Easter eggs… Although she has a new dream: “To open my own business,” she says. 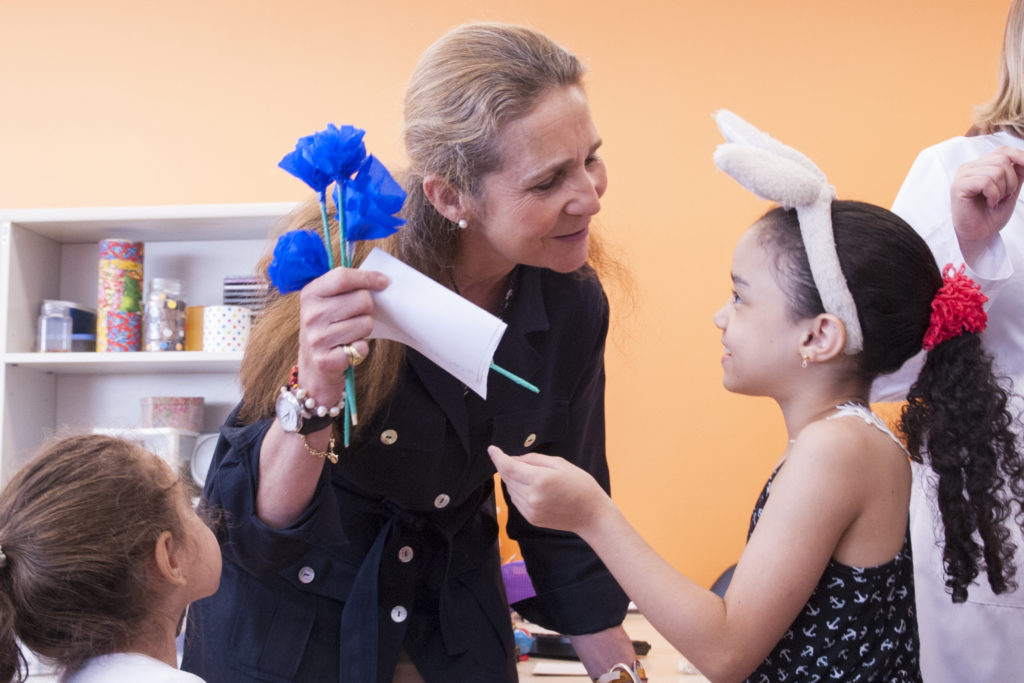 Last April, following the signing of the Einstein-MAPFRE collaboration agreement, Infanta Elena de Borbón, Fundación MAPFRE project director, and Daniel Restrepo, the Foundation’s Social Action manager, visited Paraisópolis to inform the local inhabitants of the activities run by this joint initiative, one of the most important social cooperation projects that the Spanish institution undertakes in South America. In the first three months alone, close to 1,000 people benefited from it.

A story of love and volunteering

It all began at a meeting of friends in 1955. That night, a group of Jewish doctors and businessmen gathered in São Paulo to hear a proposal from Dr. Manoel Tabacow Hidal: set up a top-flight hospital, built and maintained by the city’s Jewish community, as a sign of gratitude for the way Jews had been made so welcome in Brazil. A hospital that would attend to one and all, regardless of their race, color, creed or religion. The meeting ended with the plan approved and even with the name of the future hospital already chosen: Albert Einstein. But their intention was to go beyond the simple construction of a hospital. That same night, the guiding principles of the Brazilian Albert Einstein Israelite Hospital Charitable Society were laid down for undertaking social assistance projects.

Built thanks to generous donations and the work of volunteers, the first stone of the hospital was laid in 1958. In the 1960s several departments started up, although the center was actually opened in 1971. The social responsibility activities also began around that time, especially those dedicated to pediatric care, attending free of charge to the needs of the children in the Morumbi region. In 1997 the Einstein Program was created in the Paraisópolis community to provide care to 10,000 children of that favela.

Since then, a tireless team of some five hundred volunteers — men and women of different ages, social classes, religions and vocational training — work passionately, committed to the mission of helping the most disadvantaged. Thanks to them it has proved possible to run projects such as the Einstein-MAPFRE program, designed to promote maternal care, early childhood education and support for female entrepreneurs.

Life on the outskirts

More than 6.5 million Brazilians live in settlements known as “favelas”, shanty towns that sprang up around the major cities of the country with the influx of thousands of immigrants from rural or very poor regions, who saw São Paulo and Rio de Janeiro as a land of opportunity for improving their lives. As they had no money to buy homes or land, they started settling in areas close to the wealthy neighborhoods, where they could usually find work, but where it was impossible for them to live.

Thus, those immense agglomerations of precarious dwellings progressively grew, with significant shortages of basic infrastructures, urban services and social facilities. The drawbacks of settling there were outweighed by the proximity to jobs and stores. It is estimated that more than 6.5 million Brazilians currently live in favelas, which is equivalent to 3.6 percent of the country’s population.

Cidade de Deus, the famous movie shot by Fernando Meirelles in 2002, showed the world how people lived in the City of God favela, one of the largest in Rio de Janeiro, from the late 1960s up to the early 1980s, a decade of soaring crime rates in that area mostly related to drug trafficking.