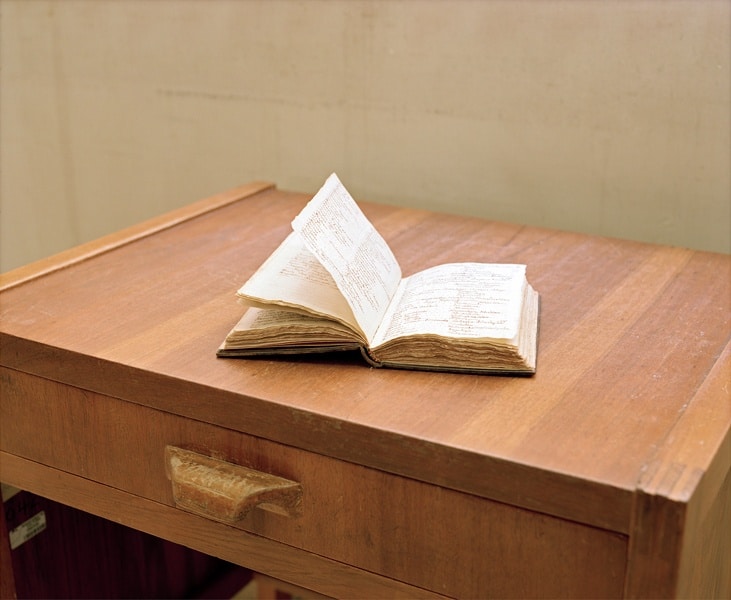 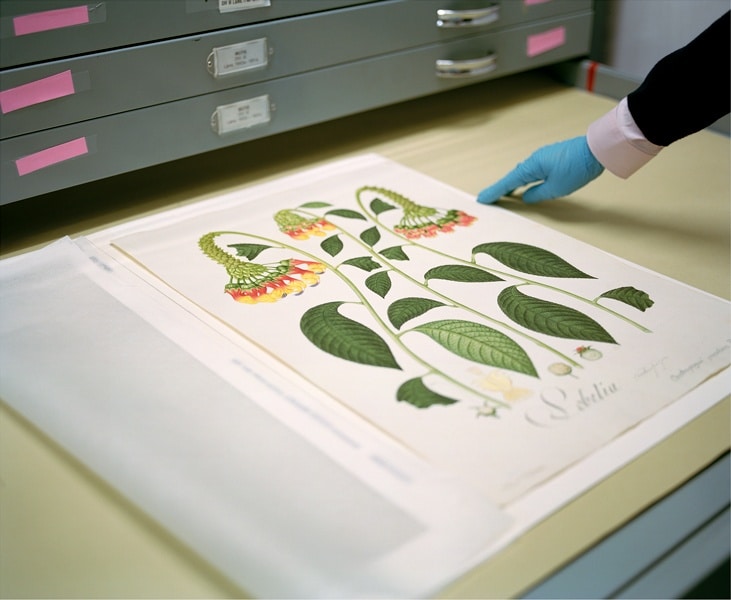 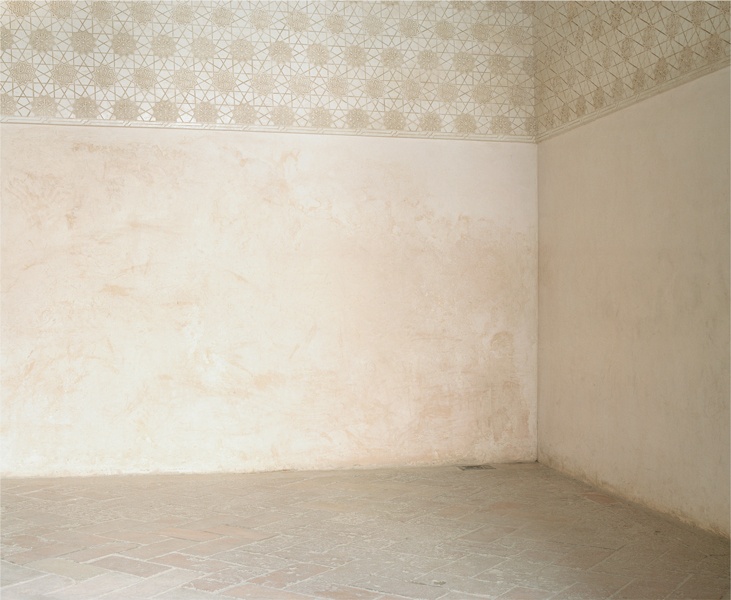 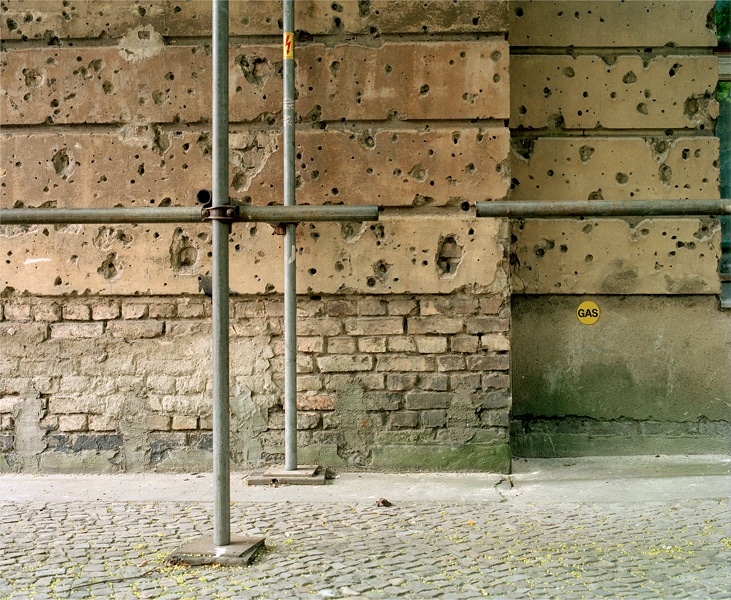 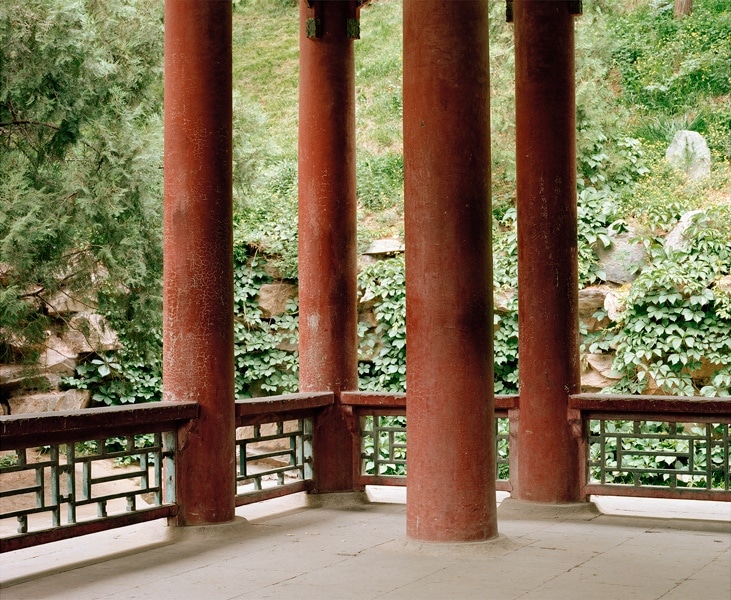 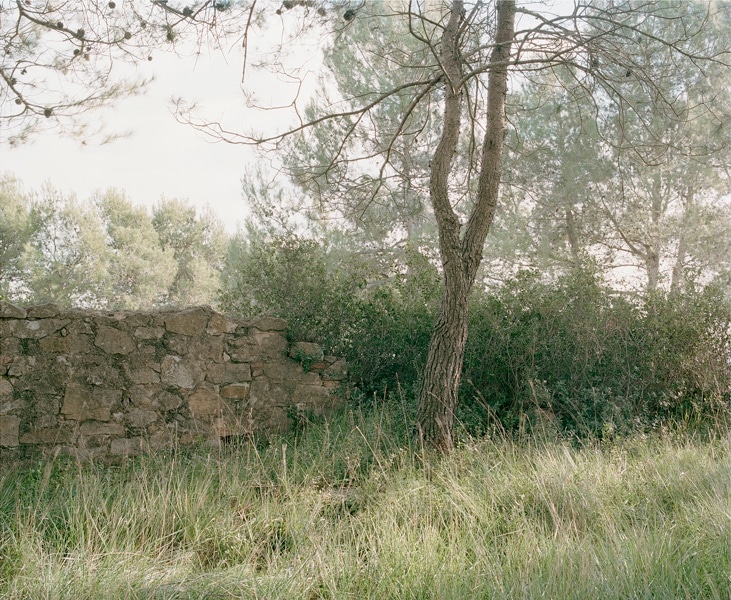 The exhibition Bleda and Rosa, being presented by Fundación MAPFRE from May 26 to September 4, 2022 at the KBr Photography Center in Barcelona, traces the career of this artistic couple over three decades.

This exhibition covers the main discursive axes of their work, among which stand out the dialectic between landscape and territory, between history and memory, between image and text. Bleda and Rosa have addressed these interests through research developed throughout their career and have shaped them into projects of a serial nature.

From an approach that understands the exhibition space as a place for testing and reflection, on this occasion the artists have chosen to present their work as a site-specific video installation, that is, as an exhibition designed specifically for the space that houses it. In this installation, the photographic object disappears and the projections invite us to experience their work at a different contemplative pace, as well as to discover new associations between the images that make up each series. A montage of this nature allows us to appreciate and further explore the important visual and discursive depth of their artistic praxis, and opens up new options for analyzing the various themes present in their work.

The video installations, which project images from all their series, are: Campos de fútbol [Soccer Pitches], Campos de batalla [Battlefields], Ciudades [Cities] (1997-2000), Estancias [Stays] (2001-2006), Tipologías [Typologies] (ongoing since 2007), Memoriales [Memorials] (2005-2010), Origen [Origin] (ongoing since 2003), Corporaciones [Corporations] (2006-present) and Prontuario [Compendium] (2010-2017), are sometimes accompanied by texts or captions (included for the first time in Campos de batalla), mostly brief —although this is not the case in Prontuario, where the text accompanying the images is more extensive, to cite just one example—, inserted within the space of the image. These texts almost always trigger a rupture with the represented scene. The intention is that many aspects of photographic practice that are taken for granted can be rethought; that the viewer questions themselves in terms of the mental images acquired, and it is also a way of positioning oneself in a place within the artistic historiographic discourse of the documentary tradition, to which the artists belong. Within this documentary tradition and in the photographic medium in general, one of the most outstanding features is the idea of immediacy, the capturing of that “decisive instant” that immortalizes a moment that will never be repeated. In addition, the photographic image has traditionally been considered as something incontrovertible, in other words, whatever is happening in the scene, actually happened, we are told that it is so. However, one of the features of Bleda and Rosa’s images is their slowness. The dynamism is in contrast to the prior research work that this artistic couple does before taking a photograph, as if they had the need to slowly capture a motif perhaps, with the idea of narrating a past through a series of images that is in danger of disappearing if we confine it to a single meaning.

But undoubtedly, two of the most relevant aspects in Bleda and Rosa’s work, as mentioned above, are landscape and history, which in turn are linked to memory and territory.

The term “landscape” has long been discussed and analyzed from diverse perspectives, as its understanding is not univocal; it is a concept that refers both to a material reality and to its representation. The notion of landscape depends on who is looking at it, on its cultur al or social construct. This is why, since the 1970s, the difficulty of delimiting its meaning has become more and more evident. It is not the same to speak of this term from the point of view of geography as from that of art. Nor is it the same for those who work in the countryside as for those who visit and pass through it. It is from this standpoint, where the term is so pregnant with meanings from different fields so that it is no longer possible to think about it in isolation, that Bleda and Rosa have been working since their beginnings.

The landscape as the sediment of history and therefore as a territory and a place where memory dwells is the true focus of Bleda and Rosa’s works, which start by questioning the historical narrative as something incontestable and univocal in order to create the possibility of generating new interpretations. The artists thus provide the opportunity to reconstruct a past that we often accept as gospel, when in most cases it is an imposition created by different generations over the course of time. By means of their images, the authors open up gaps through which other ways of seeing, other ways of remembering and conceiving the past can slip, beyond the established canons and institutional frameworks. In this sense, their work is reminiscent of Walter Benjamin’s Angel of History, who looked back and contemplated a history (redundancy aside) that was not advancing towards progress, but was completely in ruins, and whose only hope was that it could be r ebuilt, perhaps with a different outcome.

In 2008, Bleda and Rosa were awarded the National Photography Prize, and their projects have been presented extensively in various solo exhibitions, among which we should highlight those housed at the: