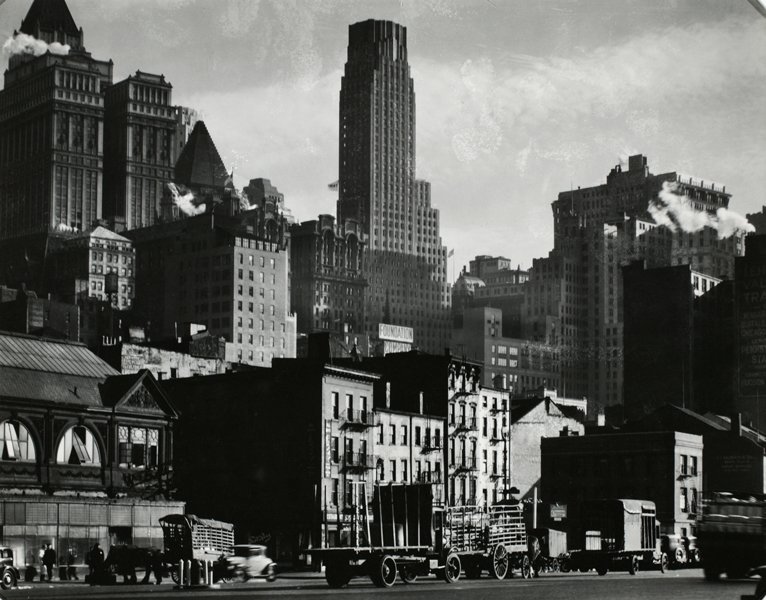 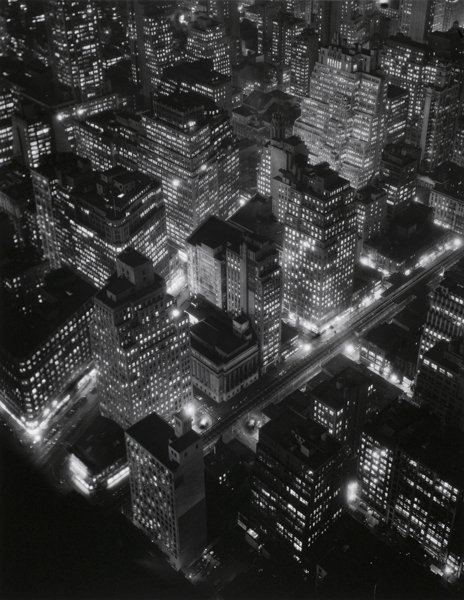 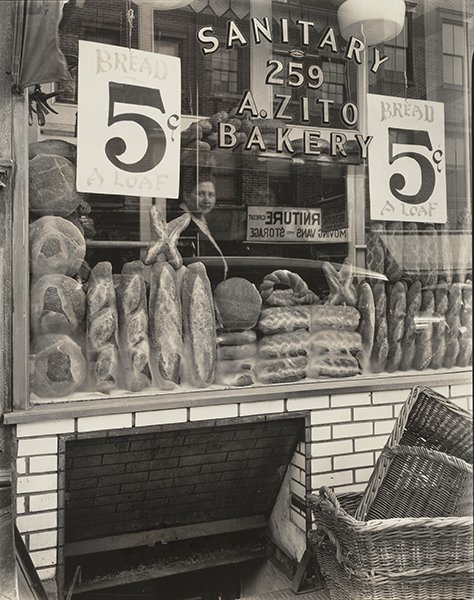 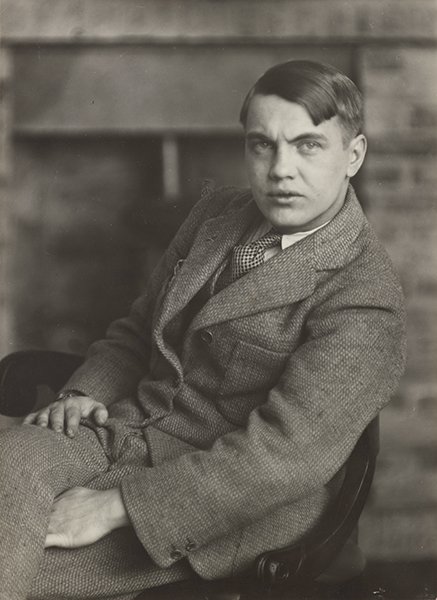 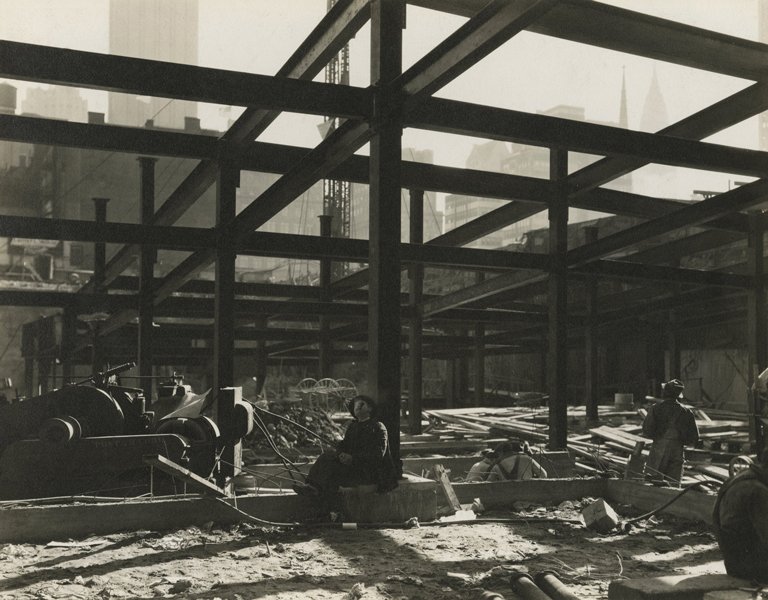 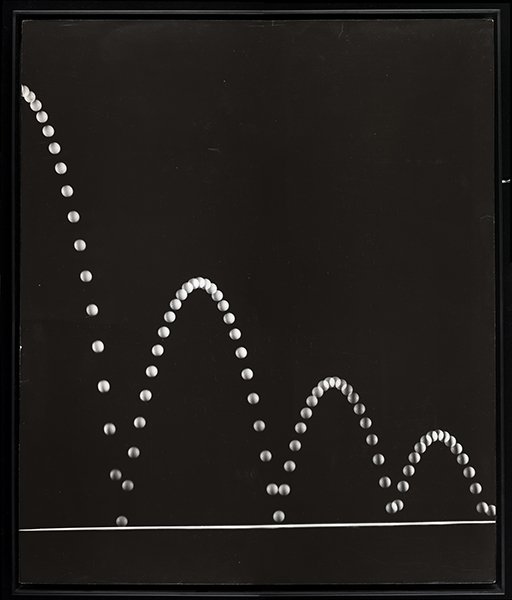 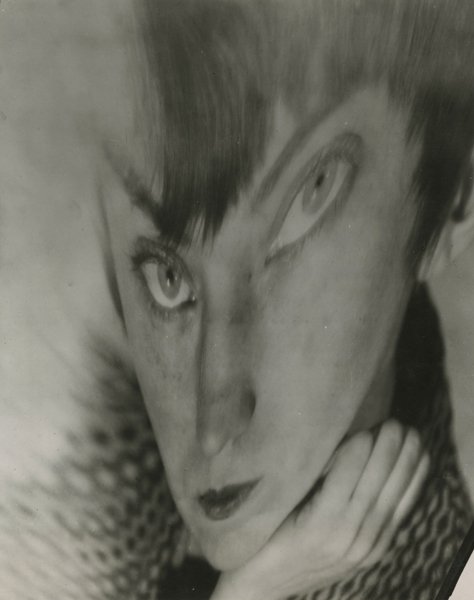 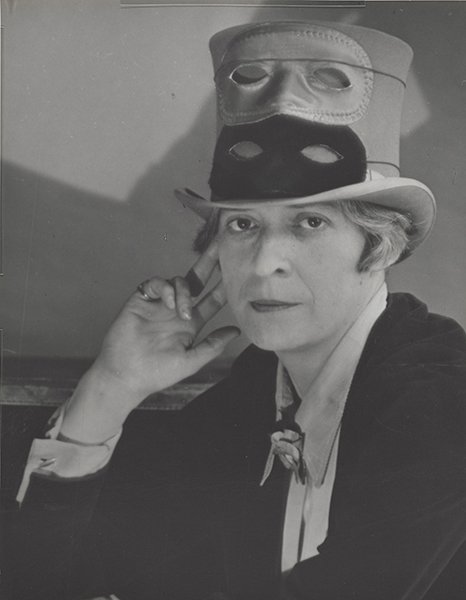 This exhibit offers a comprehensive overview of the career of the American photographer Berenice Abbott. Her body of work is among the most captivating of American photography in the first half of the 20th century and serves as a bridge between the avant-garde cultural circles of Paris and New York in the 1920s and 1930s. Fundación MAPFRE’s Casa Garriga Nogués Hall until May, 19 2108.

The theme of modernity permeates the oeuvre of Abbott, from her portraits of the most avantgarde artists and intellectuals of the time, and her breathtaking views of New York City – which make up her project Changing New York— to her scientific photographs in which she portrays the results of various phenomena and experiments. On the whole, her photographs are an exceptional portrait of the modernity of the new century, the essential notion underpinning this exhibit.

In addition, putting Abbott’s work on show in the year 2019 calls for a review of the very notion of “document”, “artistic photography” and “autobiography”. The fact is that, while the photographer’s aim of eschewing the allegedly contrived nature of art is palpable in her images, the visual result is so rich and diverse that it is hard to categorize them as documentary works, and even forces us to acknowledge the ultimate impossibility of flawless “documentary photography”.

Moreover, she is an essential figure when it comes to appreciating the work of Eugène Atget. Following the death of the French photographer in 1927, Abbott bought up his whole personal archive. For several decades she successfully promoted his work with true devotion. She encouraged the collection of his work in the United States, becoming a key figure in ensuring the photographer’s critical acclaim and place in history.

Grouped into three thematic sections, nearly 200 period photographs make up this exhibition, produced by Fundación MAPFRE and curated by Estrella de Diego, professor of Contemporary Art at the Complutense University of Madrid and member of the San Fernando Royal Academy of Fine Arts.

This is the largest Berenice Abbott retrospective ever organized in Spain, with period works drawn from some of the most important American collections: the New York Public Library (New York), the George Eastman Museum (Rochester, New York), the Howard Greenberg Gallery (New York), the International Center of Photography (New York), the MIT Museum (Cambridge, Massachusetts) and the Museum of the City of New York (New York). Following its run in Barcelona, it will be on show at the Fundación MAPFRE Recoletos Hall in Madrid (from June 1 through August 25, 2019).

Berenice Abbott started studying at Ohio State University in 1917 with the intention of becoming a journalist. She only stayed there for a few months and, in 1918, she moved to the Greenwich Village district of New York, a stimulating meeting point for artists and intellectuals that facilitated her first contact with creators such as Marcel Duchamp.

She then took up sculpture and, just three years later, she headed to Europe and settled in Paris, where she began working as an assistant in Man Ray’s portrait studio and thus discovered her true vocation – photography.

We can witness that duality whereby her works are both documentary – as proposals for archival “typologies” – and, at the same time, beautiful examples of an artistic, and even autobiographical, project

In 1926 she set up as a freelance photographer and her portraits of the most avant-garde artists and intellectuals of the time soon acquired considerable popularity.

It was also at that time, in the mid-1920s, that Man Ray introduced Abbott to Eugène Atget’s photographs. His work made a tremendous impression on her; the qualities that – like few others – she was able to perceive in it instilled in her a profound respect for the French artist from the very outset, as well as providing her with an important reference point to aim for as a photographer: photography which, despite wishing to remain far removed from artistic pretensions, is much more than a document.

Upon her return to New York in 1929 Abbott embarked on the production of her greatest body of work: photographically documenting the growth of this city, to some extent inspired by the example of what Atget had done in Paris.

She worked independently on this project until, in 1935, she managed to finance it with the help of the Federal Art Project program, which offered her a contract to work full-time on the series. These pictures were published in 1939 with the title Changing New York and achieved great critical and popular acclaim.

A year earlier, in 1934, she started giving classes at the New School for Social Research, where she remained as a teacher until 1958.

It was at the end of the 1950s that she embarked on another of her major projects: the photographic documentation of scientific phenomena, in collaboration with the Massachusetts Institute of Technology (MIT). Many of these images were extensively used throughout the 1960s to illustrate physics textbooks.

In 1959 the Professional Photographers of America association considered her one of the top ten female photographers in the country.

Through her lens, New York becomes a living being, an extraordinary character that reveals itself to its visitors through its striking skyscrapers, the hustle and bustle of its crowded streets, and the diversity of what its shopwindows have to offer.

Her work was the subject of a retrospective exhibition in 1970 at the MoMA (Museum of Modern Art) in New York and, in 1983, she became the first female photographer admitted to the American Academy of Arts and Letters. In 1988 the French Government named her Officier des Arts et Lettres and she also received the Master of Photography prize, awarded by the International Center of Photography in New York.

OVERVIEW OF THE EXHIBITION

The first section of the exhibit comprises some of her portraits of the most groundbreaking characters of that era. Beneath her groomed, formal appearance there lay more than just an excellent photographer: they all suggest that Berenice Abbott was building up an archive, documenting a certain typology of what was considered modern.

She mainly portrayed the life project of a group she formed part of: that of the “new women”, willing to live on the margins of social conventions in order to safeguard their freedom. Likewise, in their portraits, the men revealed a less monolithic masculinity than usual.

Thus, while Abbott sought to present certain “typologies” with these portraits, we are looking at a series of works with a clearly autobiographical slant, for the photographer herself formed part of the group she was portraying. From the very start of her photographic career, we can witness that duality whereby her works are both documentary – as proposals for archival “typologies” – and, at the same time, beautiful examples of an artistic, and even autobiographical, project.

The exhibit’s second section includes Berenice Abbott’s dazzling, spectacular portrait of New York City during the 1930s. Abbott’s modern eye was undoubtedly able to perceive the infinite possibilities this city offered for conveying that unique modernity for which it is still emblematic today.

Through her lens, New York becomes a living being, an extraordinary character that reveals itself to its visitors through its striking skyscrapers, the hustle and bustle of its crowded streets, and the diversity of what its shopwindows have to offer.

She also draws us into some of its poorest neighborhoods, which again must be seen as a symptom of the modernity of a woman who does not hesitate to tackle this other reality. For all these reasons, this series is the most notable of her whole oeuvre. It also bears testimony to some places that have disappeared, as well as the construction of other traditionally emblematic sights. Given Abbott’s fascination with Eugène Atget and her disinterested, lifelong dedication to championing his work, eleven of the French artist’s photographs, printed by Abbott in 1956, are included to complete this section, forming a dialog with her own works.

The third and final section of this exhibit focuses on her photographs of scientific experiments and phenomena. She started working on them in the late 1950s, forming part of the Physical Science Study Committee (PSSC) at the Massachusetts Institute of Technology (MIT).

The archives of this prestigious institution hold a good part of these scientific pictures by Berenice Abbott, and twenty-eight of them are present here, on loan from the MIT Museum. Sixteen of them are displayed in the same way that Abbott herself originally prepared them to be exhibited: unprotected and mounted on masonite or hardboard. We are once again witnessing that duality which runs through all her work: these are photographs documenting physical phenomena (in fact, they were used to illustrate text books) and yet, at the same time, they demonstrate Abbott’s exquisite imagination and creativity. In each of them she offers unexpected solutions for that task of “documenting” – handling incredibly astutely an interplay of ambiguous, powerful lights – which, in some way, takes us back to her earlier pictures of New York.

Yet again, pure transformation has been identified by the modern eye of Berenice Abbott and captured by her camera, generating prodigious images.