Learn to take care of your heart

Cardiovascular disease remains the leading cause of death in Spain. The aim of this campaign is to raise awareness among the general public, particularly the female population, about the importance of recognizing symptoms early and the need to maintain a healthy lifestyle that can help reduce its impact.

The leading cause of death in Spain is still cardiovascular disease. It represents about 30 percent of all deaths, a percentage that places it above cancer (27.86 percent) and respiratory system diseases (11.08 percent). While, in the case of men, diseases related to the circulatory system caused 26.58 percent of deaths in 2014 (53,581 altogether), among women, this percentage rose to 32.84 percent, which means a total of 63,812 Spaniards lost their lives for this reason.

In order to help reduce these figures, Fundación MAPFRE – in collaboration with the Pro CNIC Foundation, the Spanish Heart Foundation and the Community of Madrid – has been running the Women for the Heart awareness campaign since 2014. The prime goal of this project is to inform the population about the importance of recognizing symptoms early and the need to maintain a healthy lifestyle that can help reduce the impact of cardiovascular disease among women. In little more than two years, the campaign has benefited 78,000 Spanish women, who have undergone free medical tests in a mobile unit that has traveled to around 50 municipalities. 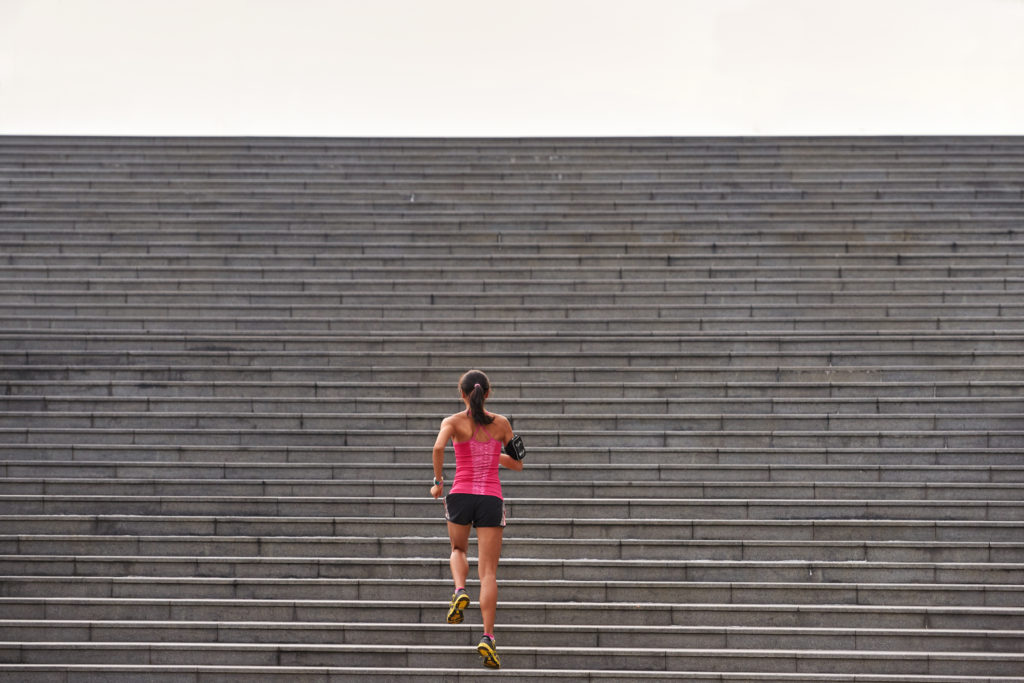 Prevention is better than cure
Symptoms
Uncomfortable pressure in the chest, pain in one or both arms, shortness of breath, cold sweat and dizziness, among others.
What to do
If you are having a heart attack, the most important thing is to call the emergency services as soon as possible: the blood thinners administered in these cases work best during the first hour. The time factor is crucial.
Risk factors
Smoking, high blood pressure, a sedentary lifestyle, diabetes and stress.
Diet
It is important to eat lots of fruit and vegetables, limit salt consumption and, insofar as is possible, avoid processed foods, which are high in calories.
Physical exercise
This is one of the best ways to keep cardiovascular risk factors in check. Just 30 minutes of daily physical activity can prevent the appearance of heart disease.

Starting this month, this project – which is endorsed by the director general of the CNIC (Carlos III National Cardiovascular Research Center), Dr. Valentín Fuster – will be actively supported by the journalist Ana Rosa Quintana, the singer Mónica Naranjo and the athlete Ruth Beitia, topflight ambassadors of this initiative. They will all be contributing in a selfless fashion throughout this year to the dissemination of key messages to help women identify the warning signs and thus receive medical attention as soon as possible. Among the recommendations to reduce cardiovascular risks, the following stand out: the importance of physical activity, the best ally for taking care of the heart; no smoking; avoid high blood pressure and cholesterol levels; and, most important, call the emergency services as soon as possible, given that, in the event of a heart attack, time is of the essence.

Valentín Fuster believes that “there is still a false perception that cardiovascular disease is something that affects men. But, as the statistics keep reflecting, six percent more women die for this reason.” In this regard, he also believes that women, especially from middle age onward, “are far from being protected and they usually take longer to ask for help in these circumstances.” For this reason, “they must learn to recognize the warning signs and seek medical assistance swiftly.” In this sense, Fuster is in favor of running programs to increase awareness of the risk that these pathologies pose to women’s health. He was precisely the one who, at the end of the 1990s in the United States, ran a campaign which, in a very short time, managed to reduce the mortality risk among this population group.

Carlos Macaya, president of the Spanish Heart Foundation, one of the institutions actively supporting this initiative, points out that the popular belief that heart disease is a man thing sometimes makes women confuse the symptoms of this cardiovascular problem with manifestations of anxiety or other less severe problems. He notes that “the public needs to
be sensitized about this issue and continuous training courses fostered among health care professionals so that the female cardiovascular mortality statistics in Spain can be improved.”

Climb aboard the heart bus

Throughout 2017, the Women for the Heart bus will be traveling to 25 different points around Spain to offer advice and free tests to those women who are interested. One of the first tests
is to measure the waist circumference (WC), which, in the case of women, should not exceed 82 centimeters (32 inches). Likewise, blood pressure and cholesterol levels, and height and weight measurements are taken. The campaign will also continue operating in Brazil, Colombia, the Dominican Republic and Panama and on the www.mujeresporelcorazon.org website, where a clear description is given of the six warning signs for recognizing a heart attack (shortness of breath, nausea, vomiting and back or jaw pain, among others). Moreover, Fundación MAPFRE will be distributing the guide Cuídate Corazón [Take Care, Heart] to nearly 100,000 women. Discover the route the bus is taking at www.fundacionmapfre.org.