Over the last decade the world of the professional driver has become occupied territory. Whether due to the disruption of the collaborative economy, with its ride-sharing apps, or to the technological revolution, with the announced arrival of autonomous vehicles, the professional driver is being challenged: by amateurs or robots.

The transport company ALSA has found a third way, based on empowering its professionals by means of the safety of their driving skills. The bus is already the safest mode of transport on the roads. The report by the Rail Safety and Standards Boards Limited reveals that the risk of a fatal accident in a bus is almost 6 times lower than if you travel by car, 48 times lower than going by bike, 108 times lower than traveling that distance as pedestrians, or 321 times lower than completing that journey on a motorcycle. How can that statistic be improved? With a road risk prevention program entitled World Class Driver, which has earned this year’s Fundación MAPFRE award for the Best Accident Prevention Initiative. For Jorge Cosmen, chairman of the company, being committed to safety “is the best way to offer our customers better service.”

How many times a year do you travel by bus?

Every six weeks or so I try to take an intercity one. And I take urban buses fairly often, in London or Madrid.

When you are the safest mode of road transport, how do you manage to improve even more?

We have a group of wonderful people in ALSA, starting with the drivers. They are the ones who have the responsibility of implementing all these active preventive safety measures in order to ensure that everything runs as smoothly as possible. This is a question that is ingrained in our DNA. 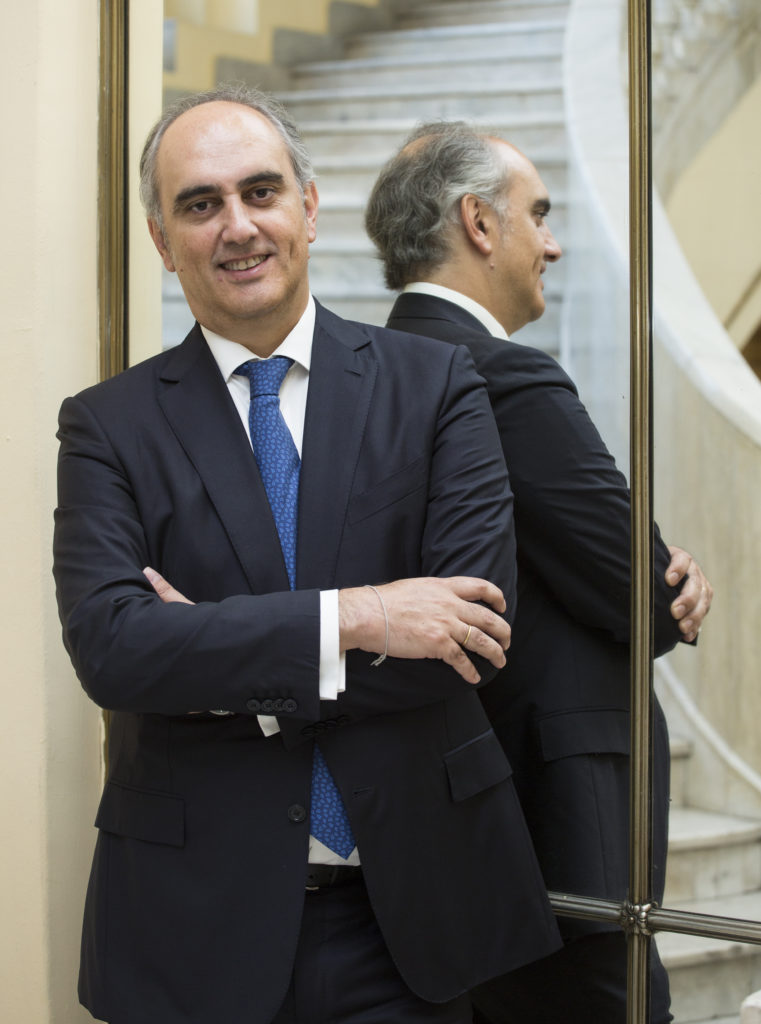 What kind of actions can be encouraged?

There are concrete measures, such as the campaign promoted by Fundación MAPFRE for the use of seat belts on buses, for example, in which we have participated actively. Seat belt use in private vehicles has changed a lot over the last 20 years, and the same is happening now for public transit with bus passengers. This will take some time, but we must have conviction and persist with promoting this cause.

We users are still difficult, aren’t we?

What is usually difficult is changing people’s habits, something that, above all else, is achieved through conviction. That is why developing the road safety culture in Spain is so important. It has evolved a lot thanks to institutions such as Fundación MAPFRE and its public recognition of those individuals and institutions concerned about making the roads safer, bus passenger safety in our case.

How did your World Class Driver safety program come about?

Years ago, when road safety initiatives started reducing the accident rates, we in ALSA wanted to go a step further and the management team launched a global plan called Eliminating Risks, which includes several projects. One of them is World Class Driver, whose prime objective is for ALSA drivers to be the safest on the roads. We also wanted it to set a benchmark for other companies in the sector.

ALSA is present in several countries. Can the same safety policy be implemented in all the markets in which you operate?

Sometimes it can be difficult, but we cannot have different safety measures for different geographical areas. Driving habits in Morocco, for example, are different from those we might find in Spain or in North America. But that is no excuse for the requirements – the demands we impose on ourselves – not being the same, because in the end we are all human beings.

The financial prize accompanying this award will be earmarked, precisely, for your road safety education activities in that North African country.

Yes, we have been operating there for almost 20 years and we believe that working together with schools in Morocco to foster road safety, educating the children and their teachers, can help change certain habits. It is also a way to give back to Moroccan society part of what it has given us as a company providing a service there.

When will we see an ALSA vehicle without a human driver?

We are collaborating with several global manufacturers on various programs related to electric vehicles and autonomous driving. We are working on the development of these prototypes and, in Spain, we have a system that could prove highly advanced. But we then face the challenges posed by current infrastructure and legislation.

Companies are investing everincreasing sums in safety and, at the same time, consumers are placing themselves in the hands of non-professional drivers in the name of the socalled collaborative economy. Isn’t that paradoxical?

Everything that is known as the collaborative economy has two facets: the development of technology, which enables a better service to be offered with geolocation, and then there is the regulatory question. Technology is something that companies must invest in, so as to be able to offer customers the best service, without a doubt. But then the playing field must be the same for everyone. In this regard, we believe that safety and the training of the people who are going to drive must indeed, in some way, be common to all. We believe that, at this moment, there are highly significant differences that will tend to converge, but this will take time.