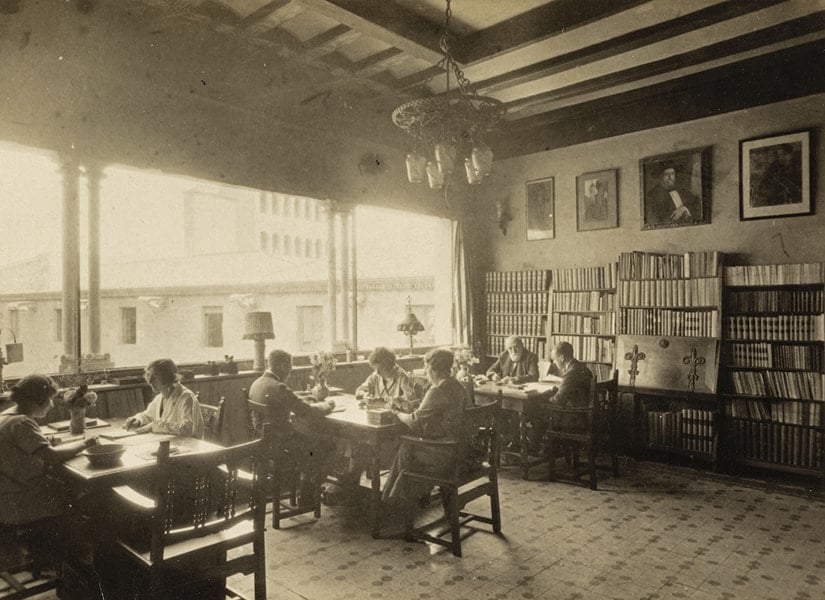 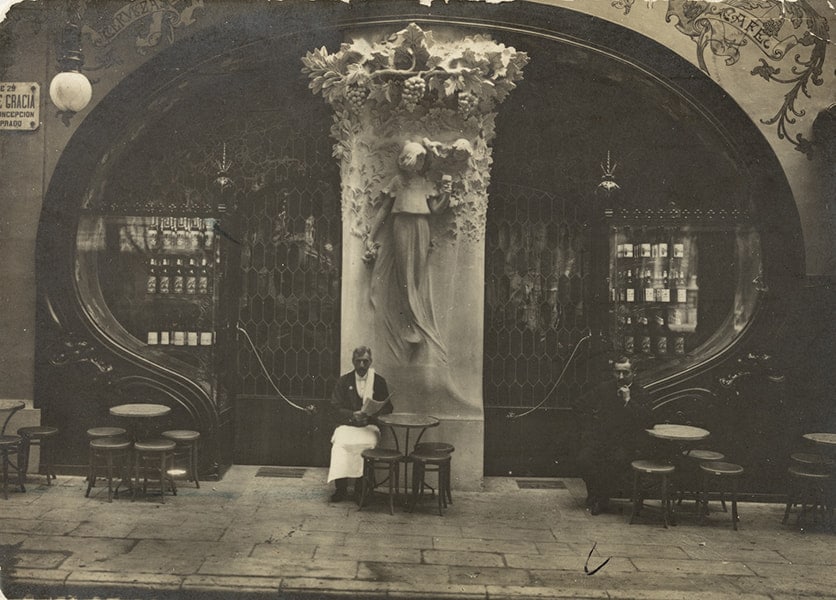 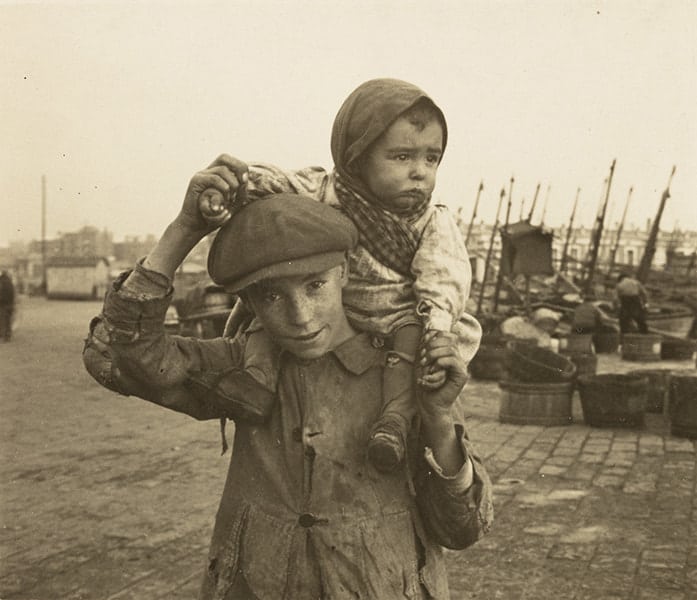 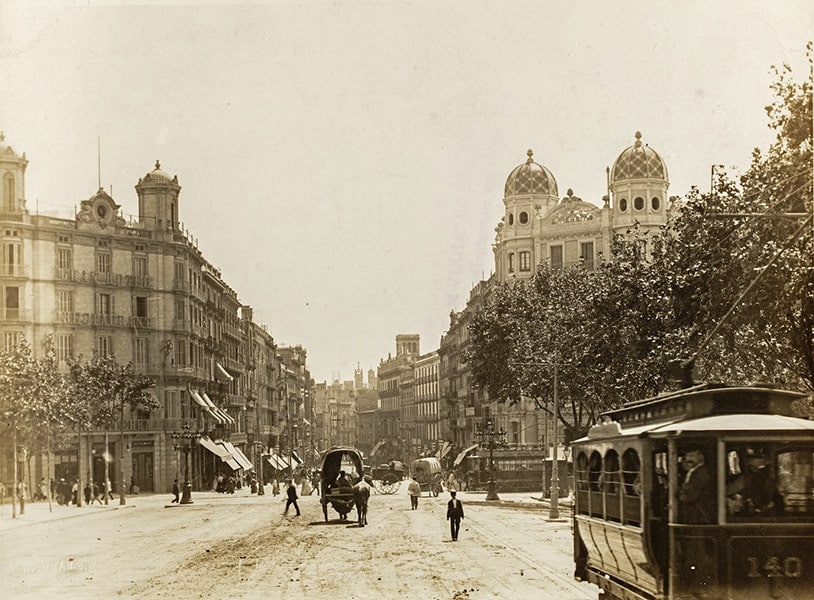 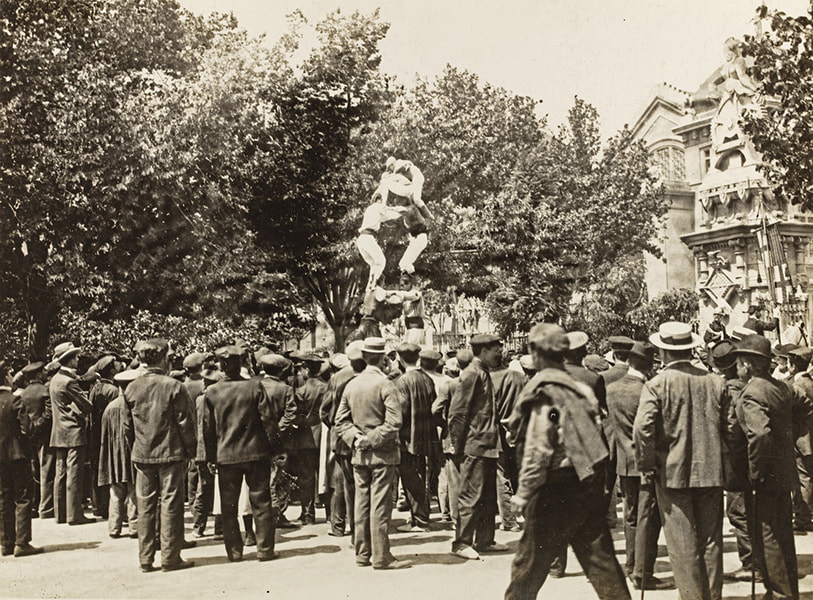 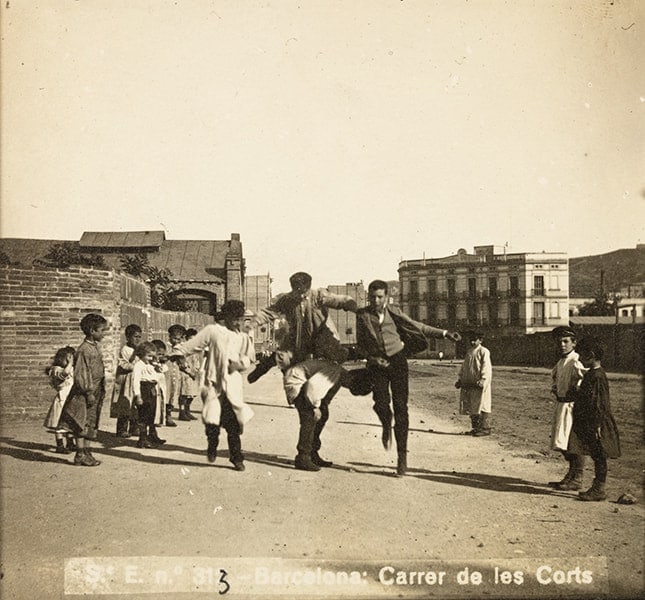 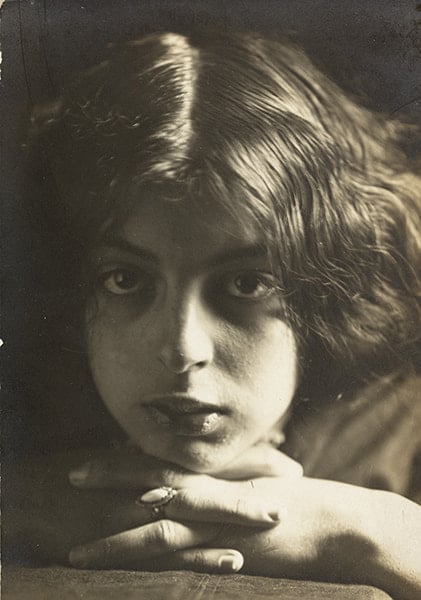 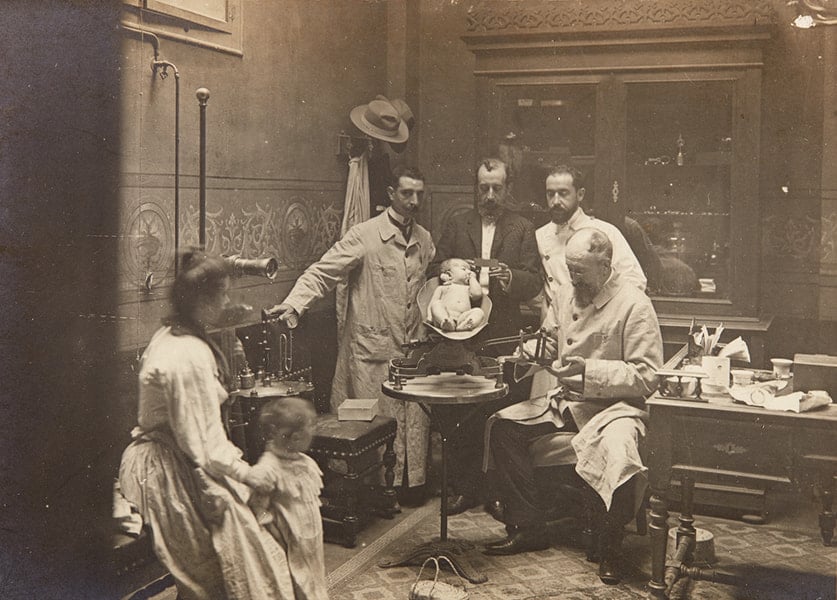 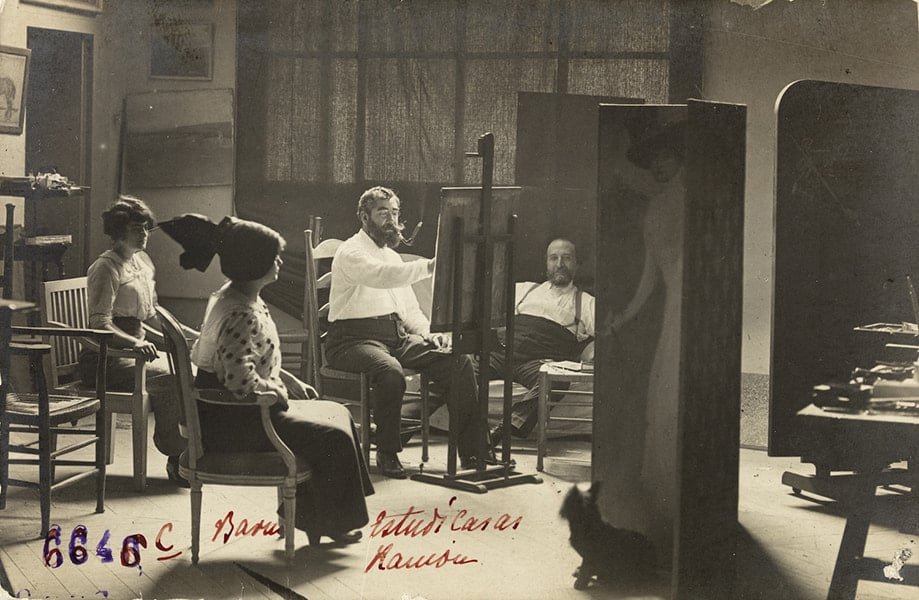 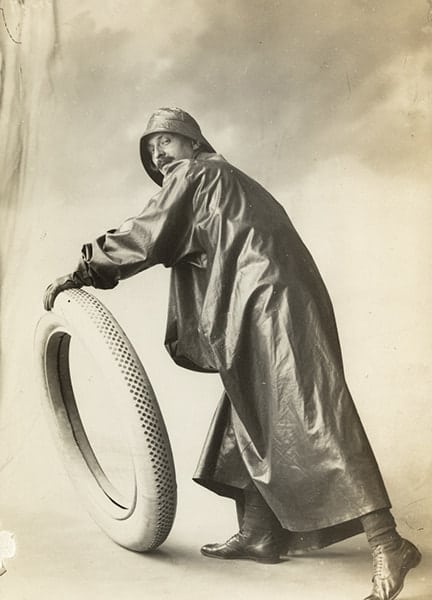 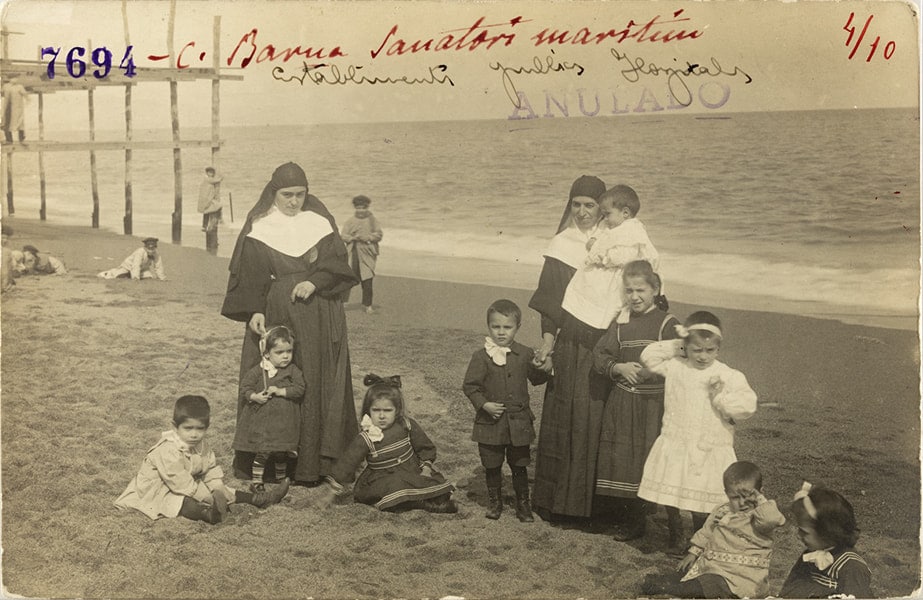 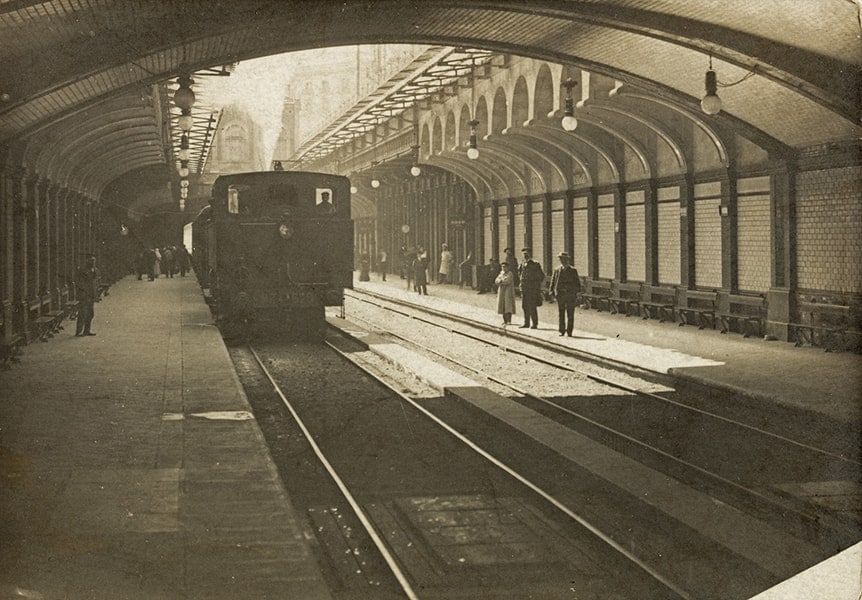 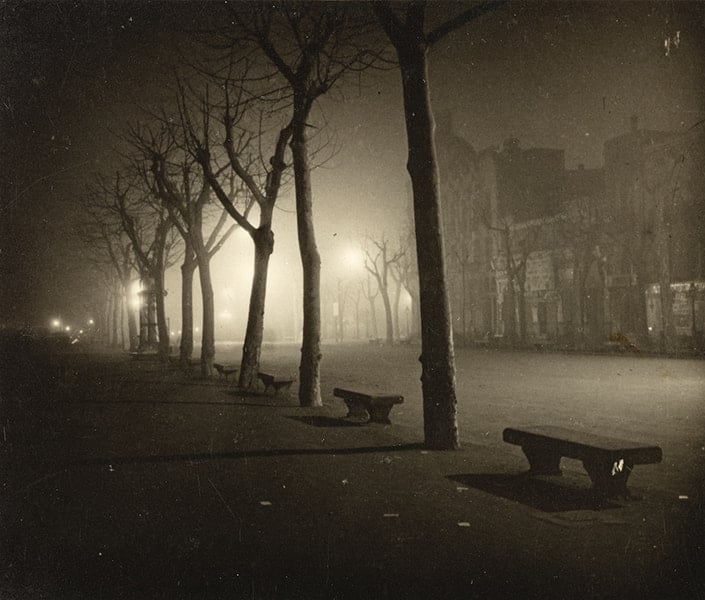 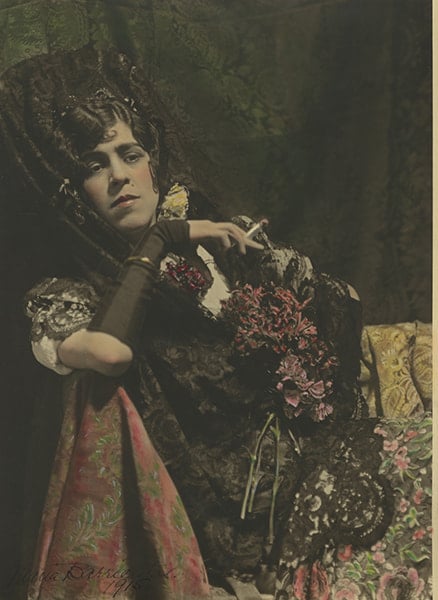 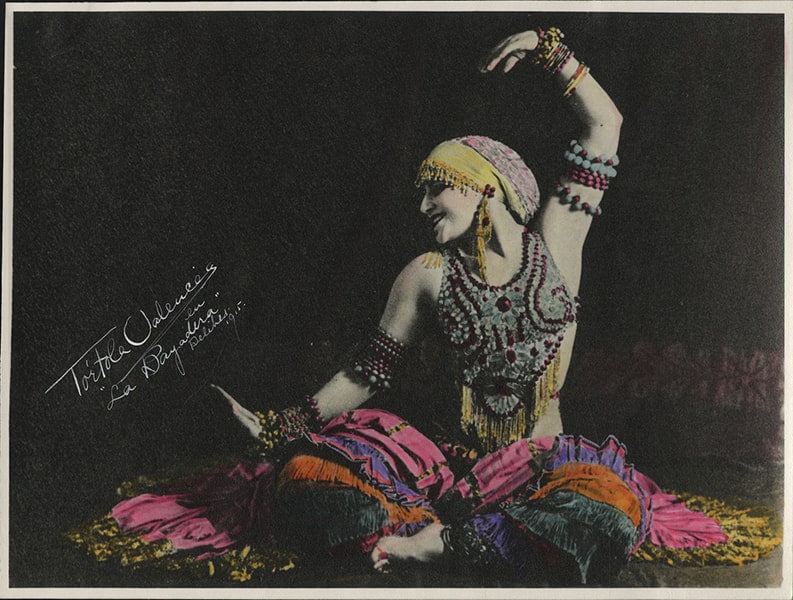 Fundación MAPFRE, in collaboration with the Mas Archive of the Fundació Institut Amatller d’Art Hispànic, presents Adolf Mas. The eyes of Barcelona, a journey through the work of this Catalan photographer, known for the importance of his heritage photography and an essential reference when it comes to understanding the social transformation of Barcelona in the early twentieth century. The exhibition can be visited until May 8, 2022 at the KBr photography center in Barcelona.

Known principally for the creation and consolidation of the famous Mas Archive, and for being one of the first heritage photographers in Catalonia, Adolf Mas (Solsona, Lérida, 1860-Barcelona, 1936) was actually a much more complex photographer His beginnings as a photojournalist went hand-in-hand with an exploration of artistic photography in the form of portraits. These are images that broke free of the usual conventions and took his work closer to that of the artistic circles of the time. Although we cannot include Mas among the pictorialists, there is no doubt that part of his output went beyond what was being done in other contemporary photographic establishments, and this exhibition aims to showcase this facet as well.

In 1901, when he founded his first business selling photographic material, which would become, a few years later, the “Estudi de Fotografia A. Mas”, predecessor of the “Arxiu Mas” (the Mas Archive), he established himself as the photographer of reference for architects such as Josep Puig i Cadafalch, who hired him to create a photographic inventory of their buildings. In this context, the author produced a wide range of reports, most notably images of the Sagrada Familia.

A pioneer of photojournalism in Catalonia at the beginning of the 20th century, his commissioned portraits for illustrated magazines provide us with an extraordinary testimony of the intellectual circles of the time. From 1910 onwards, his work focused on recording artistic and monumental heritage, especially after he was commissioned, in 1915, to compile an iconographic catalogue of Spain. His work was thus centered on the administration of a powerful archival structure open to public consultation, which in 1936, the year of his death, contained approximately 100,000 negatives.

The exhibition: Adolf Mas. Los ojos de Barcelona (The eyes of Barcelona) examines this artist’s work through 200 photographs and diverse documentary material, divided into four thematic sections that deal with the central aspects of his career. It also includes a section dedicated to heritage cataloguing campaigns and the structure of what has been recognized as the most important photographic archive in Europe on Spanish heritage: the Mas Archive.

The start of the itinerary offers us an introduction to the figure of Adolf Mas through documentary materials related to his family, his initial training period in the legal sector and his subsequent entry into the photographic guild. The main purpose of this area is to illustrate how Mas left his birthplace, Solsona, and the family profession, surrounded by lawyers, to go to Barcelona and enter the textile trade, finally becoming a leading figure in Spanish photography. This section includes portraits of Adolf Mas and his relatives, original material produced by artists of the time for his establishment, some tools from his studio, and selected reproductions of projection positives from his lectures.

Between 1900 and 1904 Adolf Mas photographed Casa Martí, the ground floor of which was home to the Els Quatre Gats café. Ramon Casas, one of the founders of the famous establishment, forged a strong bond with Mas and had his portrait taken by him on several occasions. In addition, the author made two photographic reports in the painter’s studio, in 1909 and 1912. Casas was not his only subject, and Mas visited and photographed the studios of other artists, including the sculptor Josep Llimona, the brothers José and Francisco Masriera, and the workplace of Antoni Gaudí at the Sagrada Familia.

Although the author began to devote himself more systematically to portraiture after 1906, it should be noted that he never specialized in this genre. Instead, his company was dedicated to reporting events and cultural activities, and some of the portraits he took were the result of commissions linked to the illustrated press. Mas’s portraits derive their strength from the drastic lighting contrasts, which partially highlight the subject. In addition, his desire to generate intimacy between the sitter and the viewer was created by bringing the camera close to the subject’s face, sometimes in an exaggerated manner.

Besides the portraits of famous artists and intellectuals of the time, in 1914 and 1915, Mas dedicated reports to two of the most iconic figures of the time: the dancer Tórtola de Valencia, “one of the great liberators of dance at that time”, and the opera singer María Barrientos, in which the artist perfectly captures the personality of each.

The Barcelona of Adolf Mas

The Noucentista Barcelona of Mas’s early studies was a city where the dynamics of artistic and economic renewal were converging. The city was undergoing a transformation following the implementation of the Cerdà Plan (1860), intended to improve the health standards within the city, hitherto enclosed within its walls, and to provide a new urban model of wide streets and green spaces.

Mas’s work as a photographer during the first years of his activity in Barcelona encompassed all the subject areas susceptible to being photographed, including the houses of Lleó i Morera and Batlló on Paseo de Gracia, Dupont in the San Gervasio neighborhood, Tomàs Santos de Lamadrid (now defunct) on Avenida Diagonal, and Llorach on Calle Muntaner.

The artist also photographed political institutions, new infrastructures like the Casa Provincial de Maternidad y Expósitos hospital complex in the Les Corts district (1890) —which was intended to take in single mothers and abandoned children and was one of the first to introduce the Montessori teaching method—, training workshops for women, public ceremonies and sporting events. This repertoire also included Adolf Mas’s participation in the municipal competition to graphically document the urban fabric that was destined to disappear due to the construction of Via Layetana. Mas was one of the most successful photographers and part of his series was published in the March 15, 1908 issue of the magazine Ilustració Catalana, exclusively dedicated to the start of the renovation.

The Mas Archive. The great enterprise

In 1915, following the arrival of the first commissions for the Repertorio Iconográfico de España for what would eventually become the 1929 Barcelona International Exposition, photographing artistic assets had become the main speciality of Mas’s company. The author then began to delegate his photographic work to his son Pelai and the team he had hired due to the excessive demand for orders. This was a key moment in his career, in which he gradually took on more responsibility as an archive manager than as a photographer. Accepting the commission also meant a new push for the photography studio to move from the regional level and occupy a prominent place on the national scene.

The volume of photographic material also made it necessary to reformulate the methods for organizing the collections, so that they could be consulted quickly and easily. The great innovation proposed by the establishment was a hybrid system, based on the commercial nature of the work but also on the public dissemination of the collections: graphic cards meant that anyone who was interested could consult the photographic material in the archive rooms These cards included a photographic positive of the documented work on the front and basic information about the piece on the back. It was a unique organizational system in Europe that, in 1925, Adolf Mas presented at the VI Congrès International de Photographie in Paris.

The renown that the establishment had acquired, as a result of its workers touring part of the Spanish territory as “official photographers of the Repertorio Iconográfico de España”, led Adolf Mas to reformulate his own commercial brand, taking advantage of the fame of the project. From the 1920s onwards, the Mas Archive began to disseminate its material under the name Repertori Iconogràfic d’Espanya Arxiu “Mas”, Barcelona.

The Mas Archive is not simply a photographic collection, it is a monumental work developed over more than thirty years in which an avant-garde idea converged with lucrative ends, while keeping in mind the importance of creating and disseminating visual imagery of a shared cultural heritage.