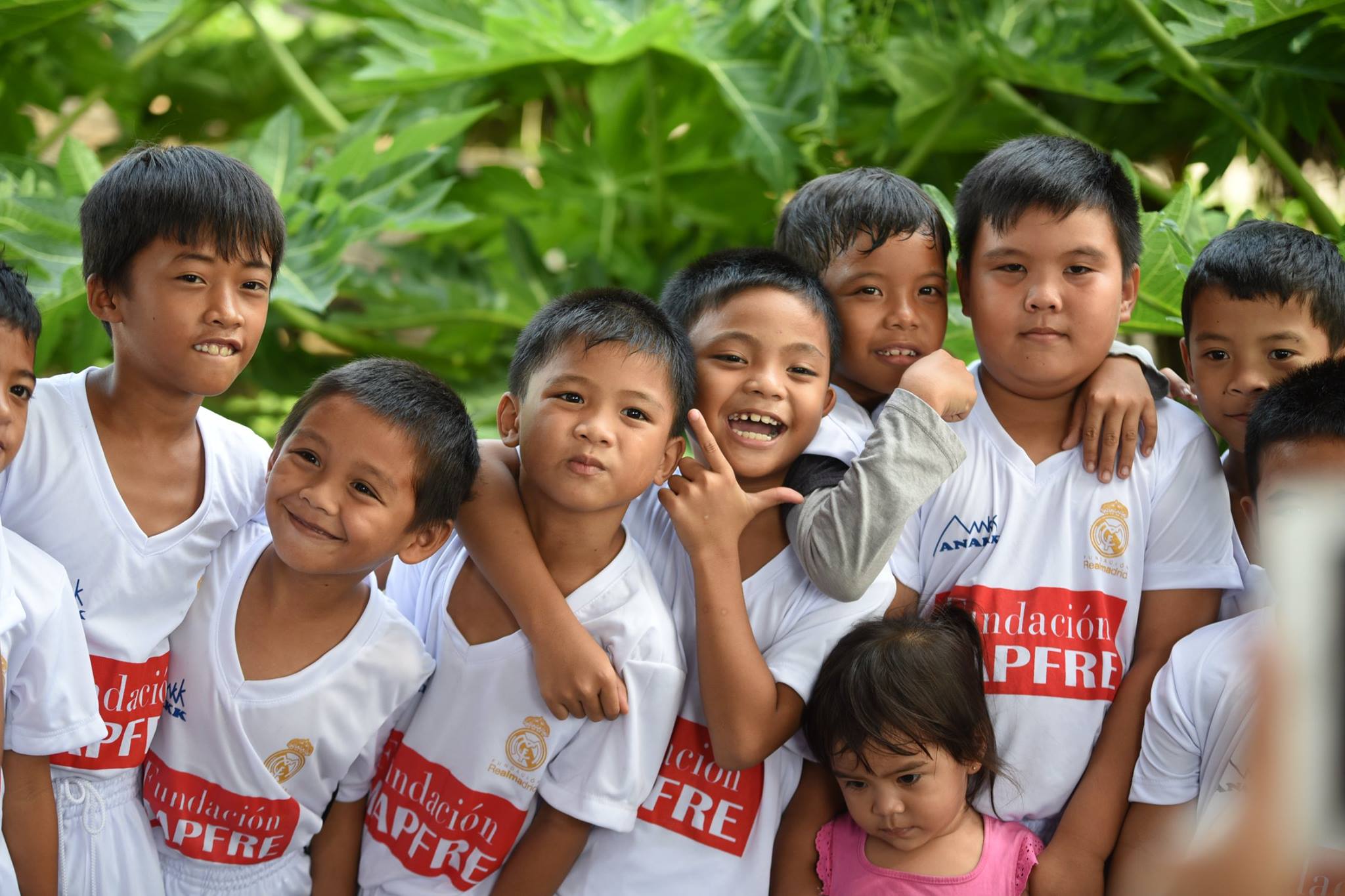 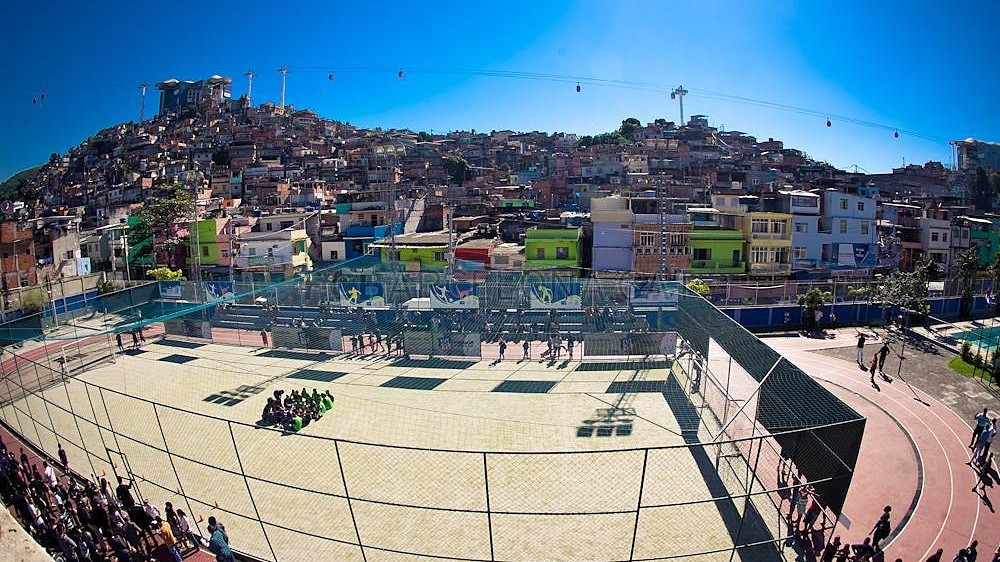 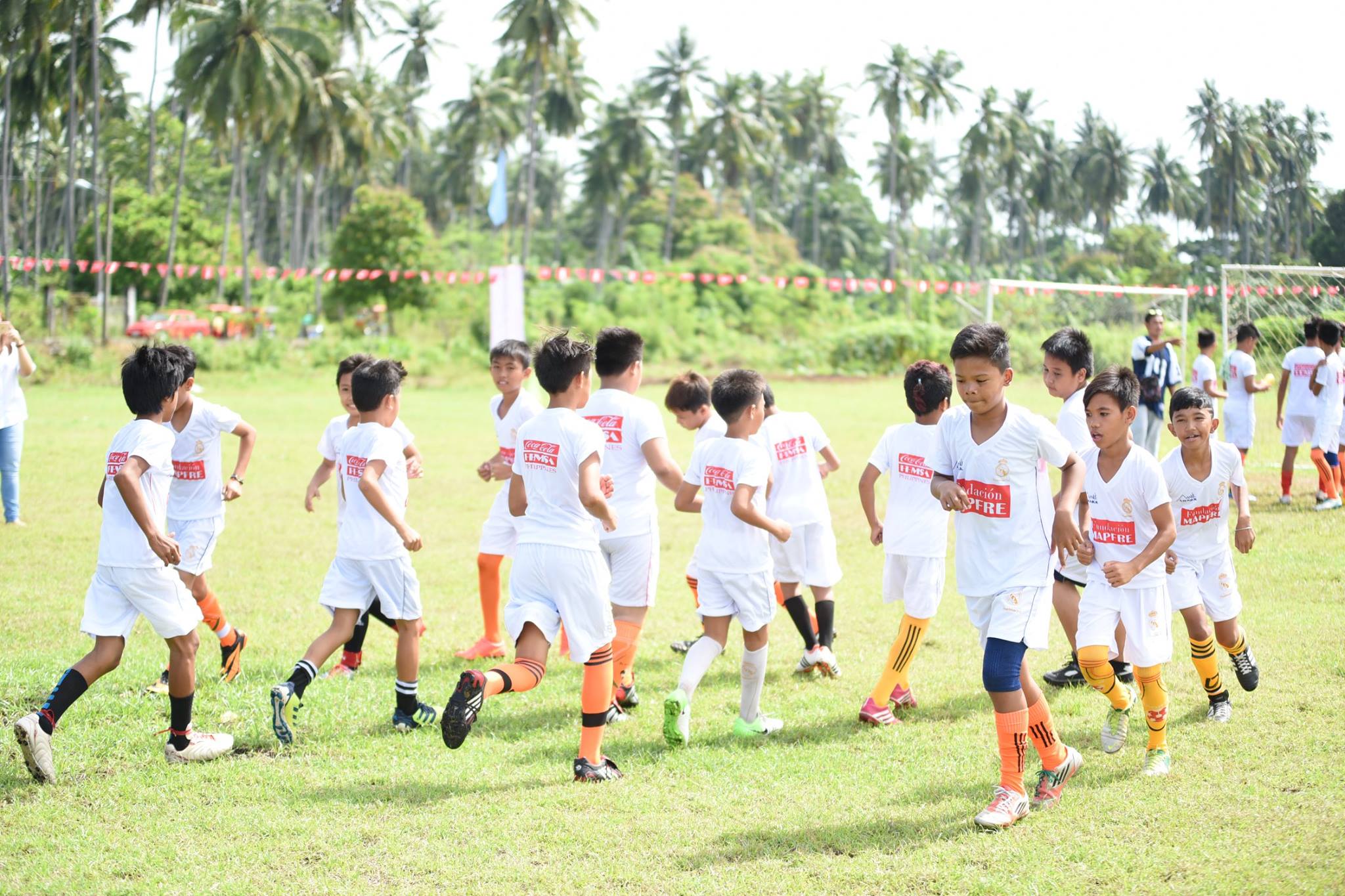 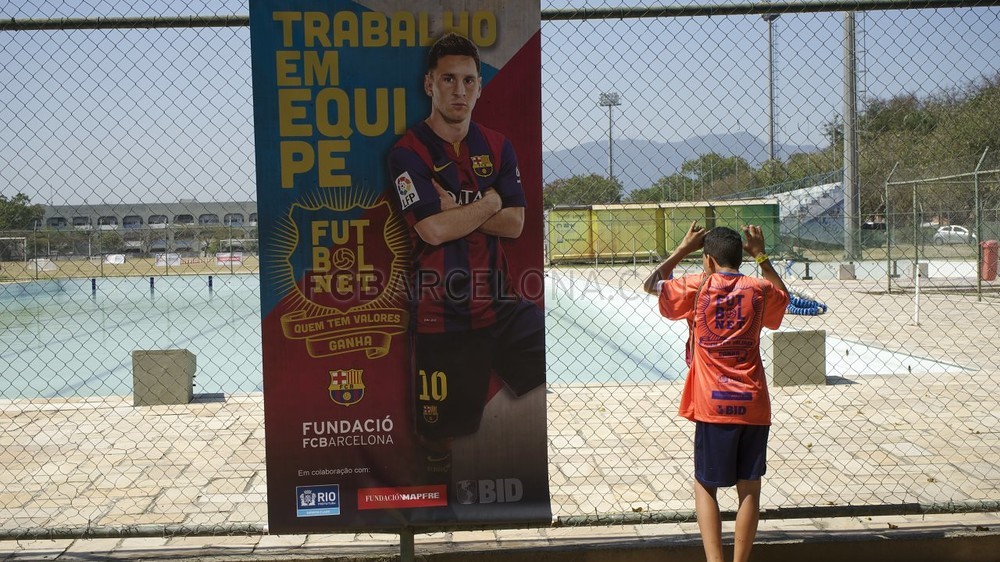 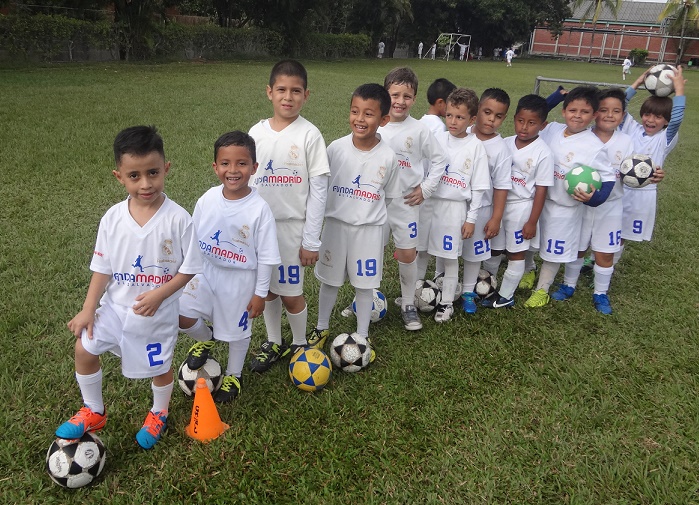 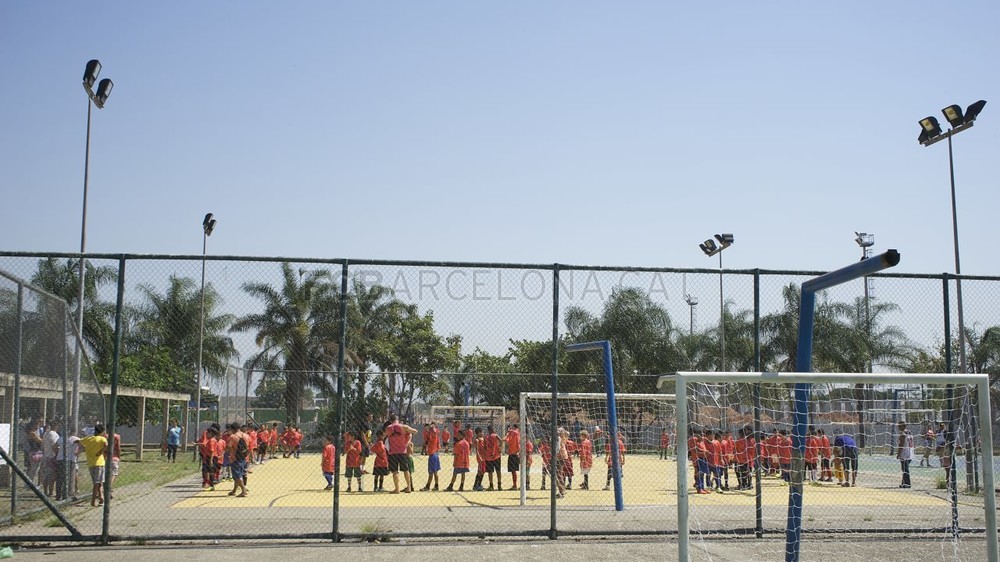 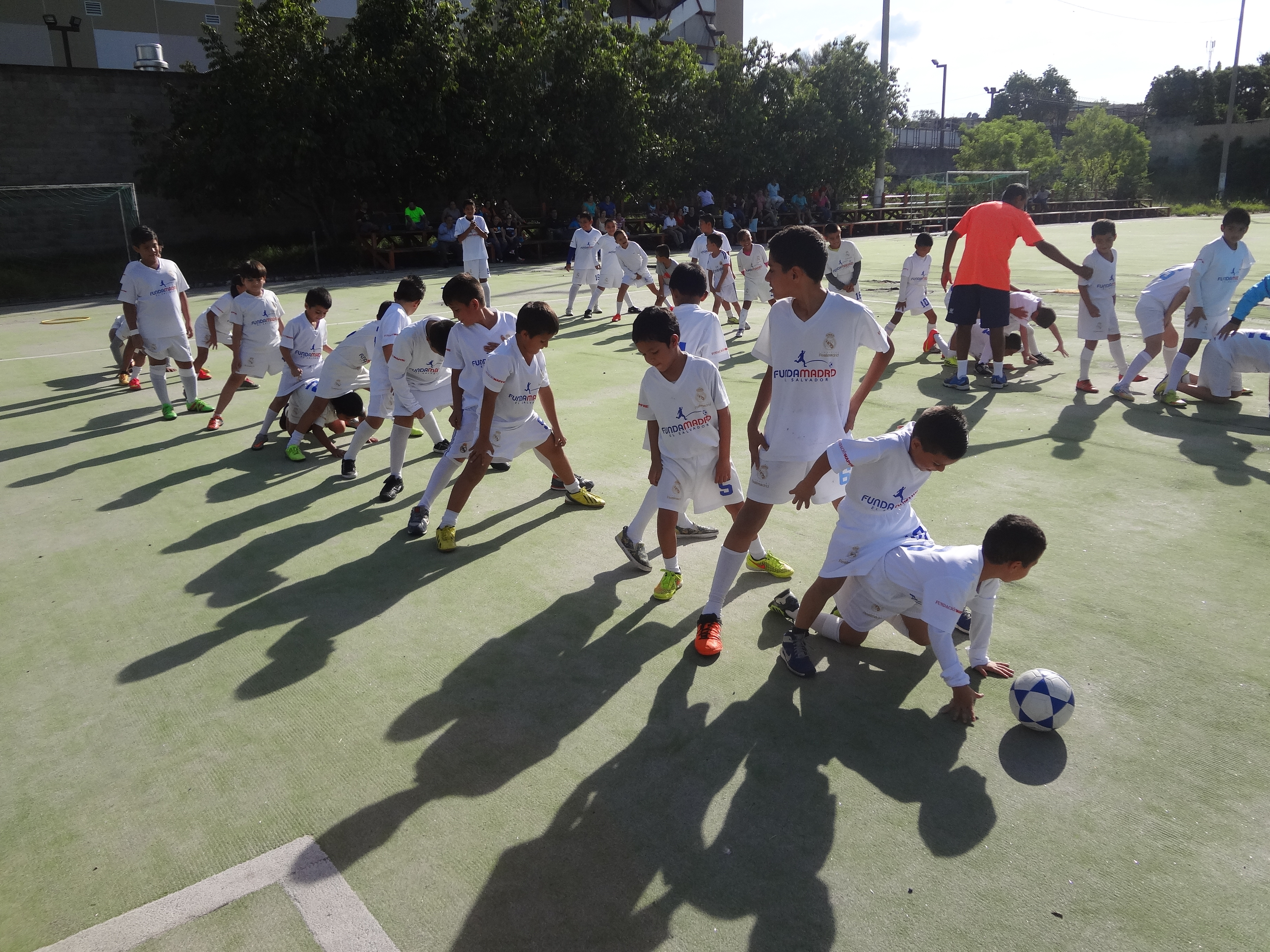 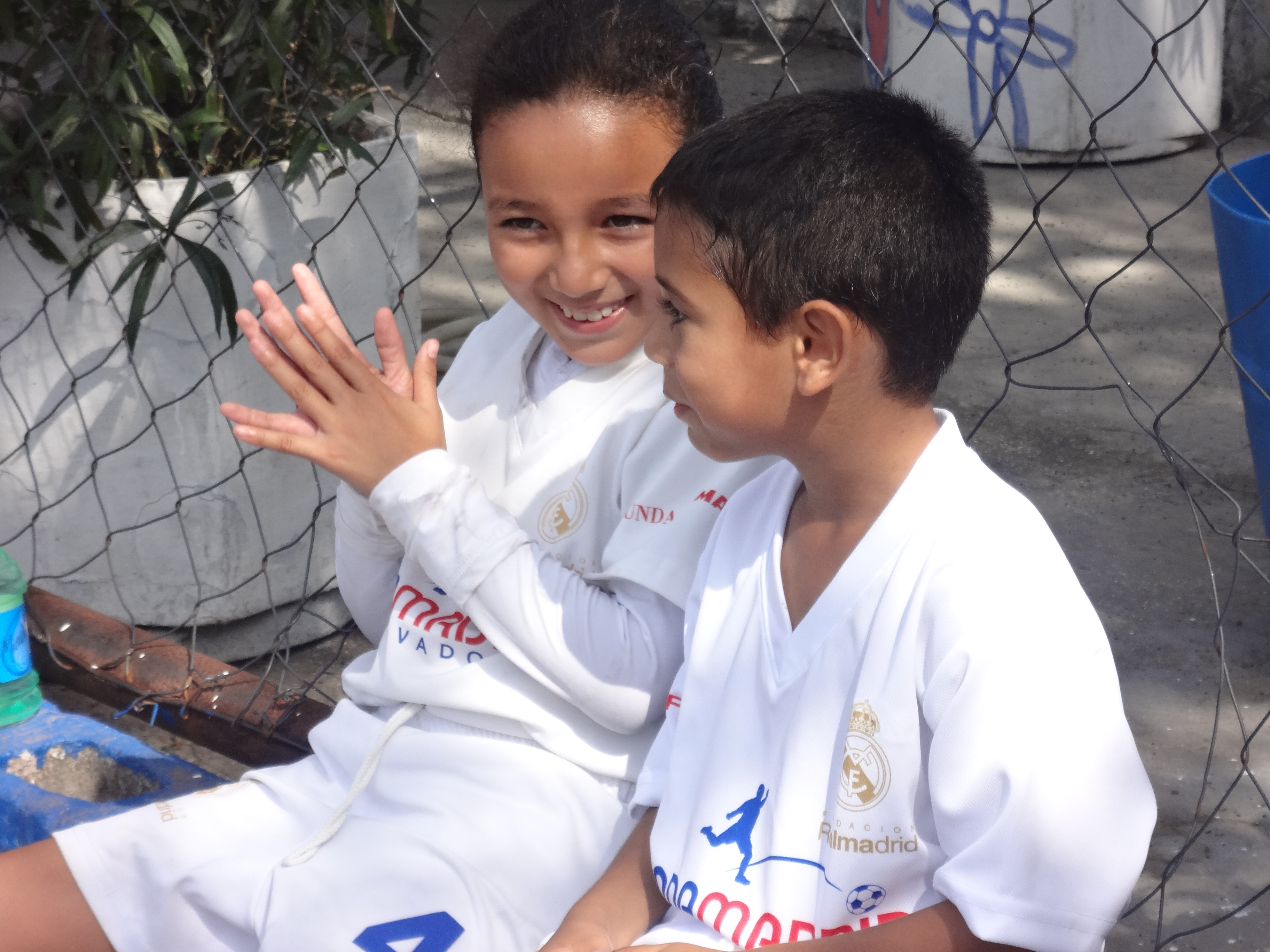 They are probably the two best soccer clubs in the world. And the protagonists of an already legendary sports rivalry disputed in a match known as the “Clásico”. But, beyond the field of play, Barcelona and Real Madrid are champions when it comes to educating children and teenagers in values through their foundations. Moreover, they have the support of Fundación MAPFRE.

“Passes to Iniesta, Iniesta to Piqué, Piqué spins around and flicks the ball through to Rakiti ´c, Rakiti ´c looks back and sends the ball to Sergi Roberto on the right wing, he seeks out Messi, Messi on to Casimiro, plays off Busquets, back to Busquets, Rakiti ´c is inside the area, slips it through to Messi, Messi gets the ball… What dribbling skills! What moves and feints! But what a goal! Goal goal goal… Goal goal goal… Goal, goal, goooal…» The Cadena Ser radio commentary on its Carrusel Deportivo program related thus the winning goal for FC Barcelona’s victory over Real Madrid (2-3) on Sunday, April 23, the day of the Catalan patron saint, Sant Jordi. It was the 92nd minute, the second of the three the referee had added to the last league match between the two. A soccer showpiece event that, in this globalized media world, has achieved universal sporting extravaganza status.

Both teams faced each other in competition for the first time on February 17, 1929, ending in a 1-2 victory for the team in the white livery. However, the return match turned up a 0-1 victory for the Catalan team. A decades-long rivalry that has escalated this century, with encounters warranting the “clásico” title. The term stems from this long history and is applied here to the high spot of the annual soccer calendar. An event that raises passions among over 600 million viewers in 180 countries, tripling the audience of the Super Bowl (American football final), and solely surpassed as a sporting event by the World Cup final (700 million) and the opening ceremony of the Olympic Games, which draws just over one billion. 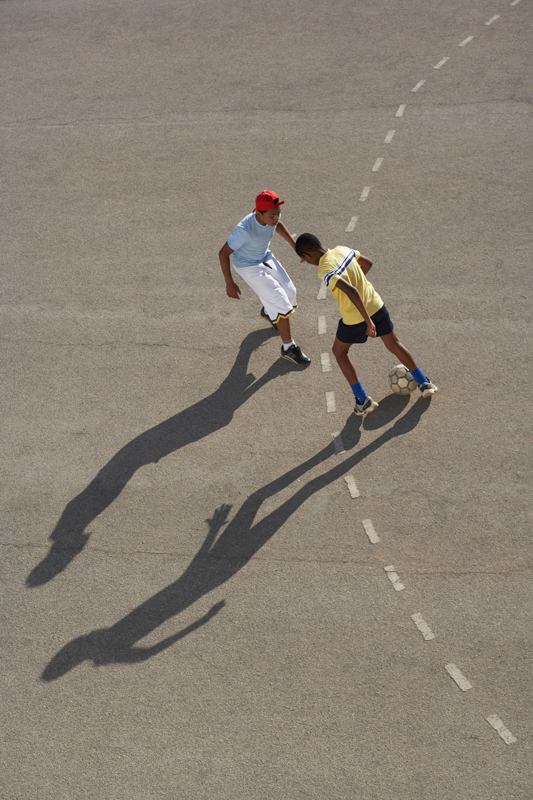 But there is another “clásico” starring both teams, less visible yet with a greater impact in the long term, played on the field of solidarity and education, in which the values of sport form the basis for preparing hundreds of thousands of boys and girls in 75 countries for their future life. We are talking about the sociosporting schools run by the foundations of FC Barcelona and Real Madrid, each with their own model. These reflect the Catalan team’s slogan of being much more than a club and the words of the Madrid team’s President, Florentino Pérez, who says they are “a demonstration of striving to excel and dedication”. A match in which Fundación MAPFRE is on the team for projects in eight Latin American countries and in the Philippines.

Roberto is a healthy, active seven-year-old, “a champion goal scorer”, according to Fernando López, coach at the socio-sporting school run by the Real Madrid Foundation and the Cesal NGO in Oaxaca, Mexico. “He was four years old when he first came to the school. His mother worked all day and so he was looked after by his grandmother. She was the one who came to apply for him to join. He looked so sad […], he had language problems, was overweight and so other children made fun of him. When he first came, he was very insecure, introverted, his physical performance was poor, he fell over when he kicked the ball, he felt ashamed and wanted to leave; but he always received support to overcome his fears.” Today he is a happy, healthy child: “He completely lost his fear and his soccer skills are really good. He is very punctual and participates in all the activities. He’s really very happy…”

Short testimonies of hope that, on occasions, avoid dramatic outcomes. Emilio Butragueño, director of Institutional Relations at Real Madrid recalled this when talking to the digital newspaper El Español about his visit to this Mexican school. A girl who was on the program approached him and said: “Thank you, because I know that my future will now be better, not prostitution…”

The regular practice of sports and games from childhood right through adolescence is essential for physical, mental, psychological and social development. As set forth in Article 31 of the Convention on the Rights of the Child, States “shall recognize the right of the child to rest and leisure, to engage in play and recreational activities appropriate to the age of the child, and to participate freely in cultural life and the arts.” Participating in sports activities can bolster health in childhood, improve school performance and help reduce delinquency levels. According to UNICEF, this activity is particularly beneficial for girls, as they help break down gender stereotypes. It is also an effective means of reaching out to those children and adolescents who often suffer from discrimination or exclusion, “such as orphans, the disabled, those who have been child soldiers, refugee and internally displaced boys and girls, those who have been victims of sexual exploitation, and children from indigenous communities.”

The regular practice of sports and games from childhood right through adolescence is essential for physical, mental, psychological and social development

Both sporting foundations cite these parameters and objectives in the form of a patented methodology. In the case of the FC Barcelona Foundation, this formula is called FutbolNet and boasts an investment of close to 10 million euros. The key is dialogue: “Through this tool, the boys and girls not only start up a relationship of mutual respect and understanding, but they also gain self-confidence and a sense of responsibility,” is the explanation on the club’s website. After a successful local introduction, FutbolNet initiated its international venture in 2012 in Brazil, in one of the most violent favelas in Rio de Janeiro. And it has also grown with the aid of some of their stars – such as Neymar Jr. in both Rio de Janeiro and São Paulo, and Leo Messi in the Argentine schools of Rosario – and now reaches 55 countries and over 500,000 beneficiaries. The expansion of its success speaks volumes for its ability to adapt to different contexts and combat violence, seeking to improve the school performance of the children and, in short, social cohesion.

In the case of ‘the whites’, the program is entitled ‘For a REAL Education: Values and Sport’ and also includes basketball, with a budget of over 10 million euros. The teaching methodology stresses teamwork, selfesteem, equality, solidarity, healthy habits, motivation and endeavor… “Of all the values of sport, I always underscore the respect, commitment and comradeship that we try to instill in our pupils, boys and girls, and our concern to improve the living conditions of children,” Butragueño emphasized. At the international level, the program for the 2016-17 season consists of 271 projects in 75 countries, with more than 35,000 beneficiaries, as well as the involvement of its most popular figures, such as Keylor Navas, Jesse, Modric, James, Marcelo or Cristiano Ronaldo.

In the Real Madrid Foundation, sport is understood as an educational vehicle for transmitting values and channeling the integral development of people. A vision that is reflected in the Training Soccer, Teaching Values manual, which helps the teachers in the soccer socio-sporting schools all around the world with their training and their daily work with the pupils. Another interesting text is The Match Begins at Home, which informs the families of the basic aspects on which the institution works: the basic characteristics of the educational sports practice and the fundamental principles underlying the project For a Real Education: Values and Sport. Next season will see the introduction of new educational games for interior use, focusing on this occasion on pupils and other children in hospital.