One of the health-care shortcomings in Mozambique is the lack of medical professionals. Thanks to the involvement of doctors from the Canaries who come as volunteers to teach at the UniZambeze, Public University of Mozambique, physicians who can care for the population throughout the country are being trained and graduating.

In the year 2011, in the city of Tete, average life expectancy was 42 years and the number of physicians was one per 60,000 inhabitants. Specifically, for a population of some two million inhabitants, there was one surgeon, two internists, a gynecologist and two pediatricians, plus the occasional presence of volunteer doctors. The reason for this shortage can be traced to the lack of teaching staff in such areas as Medicine, Surgery, Obstetrics- Gynecology and Pediatrics at the University of Zambezi (UniZambeze, Public University of Mozambique), which made it impossible to impart the last three years of the medical degree course.

Word of this reached Luis López Rivero, a teacher and Head of the Thoracic Surgery Department at the Insular University Hospital on Gran Canaria. And it did not fall on deaf ears. He decided to initiate a Medical Training project at the Faculty of Health Sciences of the University of Zambezi, which relies on the support of Fundación MAPFRE Guanarteme. The aim was to help train doctors, providing the new medical graduates with the methodological skills and tools necessary to practice medicine in their country. In other words, “teaching them to fish rather than giving them fish.” And it really works.

In 2012 a Specific Cooperation Agreement was signed between the ULPGC (University of Las Palmas de Gran Canaria) and the UniZambeze. Since then, 79 doctors and teaching staff have taken part in this project, traveling from Gran Canaria to Tete to impart theoretical and practical classes in person. “They don’t charge anything. On the contrary, it always costs them something. We only pay for their ticket and travel insurance. The local university provides accommodation: we have our own house there” declares López Rivero, who admits he likes to “mix it up”. 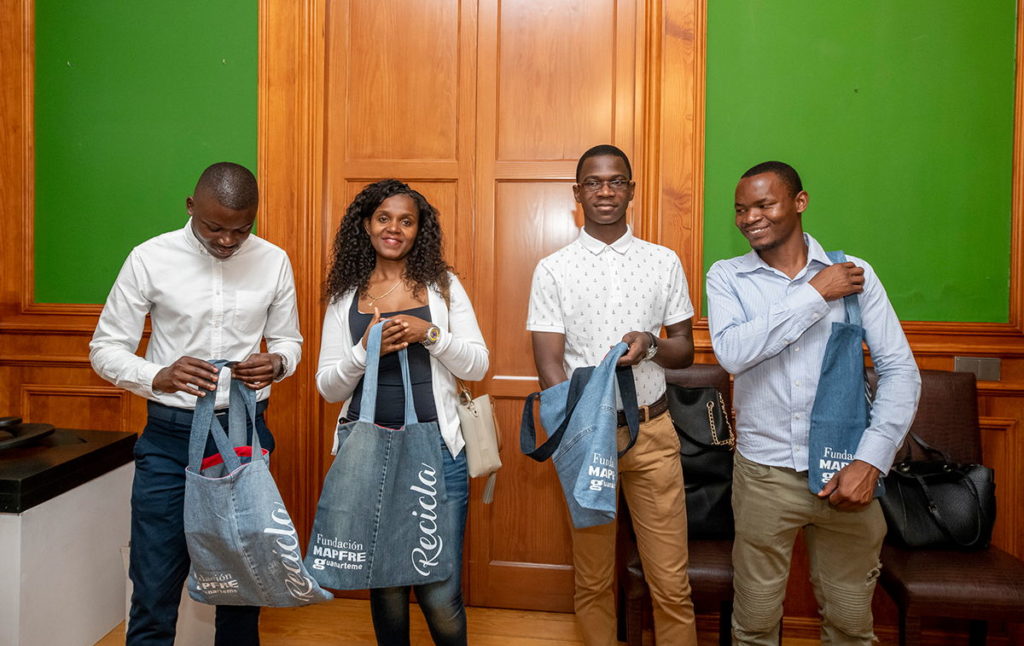 The “mix” he refers to consists in adopting an intensive modular teaching methodology, in such a way that students receive intensive, continuous training in each subject for periods ranging from two to four weeks. In this way, the teachers can organize their time in order to successfully combine their professional activity with their involvement in the cooperation project. This is done in such a way that it is possible to cover the full contents outlined in the Syllabus. In addition, the project is rounded off with a study trip lasting two months for groups of 10-15 students in their sixth year. The Mozambican students, selected on the basis of their academic record and motivation, among other things, thus benefit from practical experience in central hospitals on Gran Canaria belonging to the Canary Islands Public Health Service. Since the Annual Hospital Practical Training Program was launched in 2014, a total of 52 students have traveled to the Canary Islands for hands-on training.

The results are really encouraging. September 2015 saw the graduation of the first group of new doctors (“the best moment of my professional life,” a clearly moved Luis López Rivero declares). This meant 27 new professionals ready to work and improve health care in Tete province. The following month, the local Provincial Hospital hired ten of the new doctors; the others are practicing medicine in various public health centers around the country. In September 2017, the number of graduates completing the course had risen to 60 new doctors. By 2019, a total of 220 students will have been trained thanks to this International Development Cooperation project run by the ULPGC. Doctors who, at the start of their career, are committed to working in rural areas, those most in need of health-care services in the country. “Generally speaking, rural inhabitants are cared for by nurses, or even by health-care assistants.” This Thoracic Surgery specialist from the ULPGC’s Faculty of Medicine reveals that the few doctors in the country are concentrated in the cities. 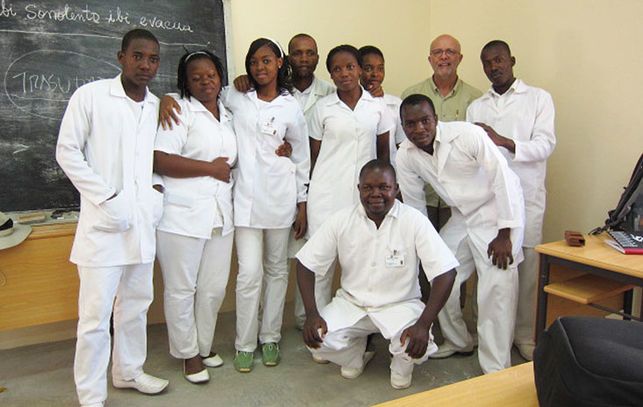 The project clearly makes a really positive impact. Since 2016, the staff at every health center in Tete province includes at least one physician. This allocation of new graduates enabled the cholera outbreaks in 2015 and 2017 to be treated and controlled without outside help from either national or international agencies. They can already see over 3,500 patients each day. And there is more to come. Because the second phase of the project has begun.

It is not just a question of training doctors, but also the teaching staff. This is why the project has moved toward the training of specialists, “so that there will be professors who can replace us and make this a sustainable initiative employing their own resources,” states the surgeon from the Insular University Hospital on Gran Canaria. In fact, his aspiration is “that our presence will not be necessary in the future. That we won’t be indispensable, as we’ll have provided them with sufficient local personnel.” The project is moving toward selfsustainability: the ten doctors hired by the Tete Provincial Hospital are already collaborating in the hospital practical training of FCS-UniZambeze students, thus closing the relevance-feasibilityefficiency- sustainability circle. The future envisaged by López Rivero is possible.

Fundación MAPFRE Guanarteme is responsible for part of the funding for this project. Specifically, for five years now it has been financing the travel expenses of the students chosen for the Annual Hospital Practical Training Program. This entails a period of practical training and specialization at the Faculty of Health Sciences of the ULPGC, the Insular Maternal-Infant University Hospital Complex, and the Doctor Negrín University Hospital of Gran Canaria. In the words of López Rivero, the institution “has collaborated with us from the start, not just with financial aid, but also with the support and affection they have transmitted to the 52 students who have come here so far. They are the longest-standing funders of the project, together with the Gran Canaria Cabildo (island council).” 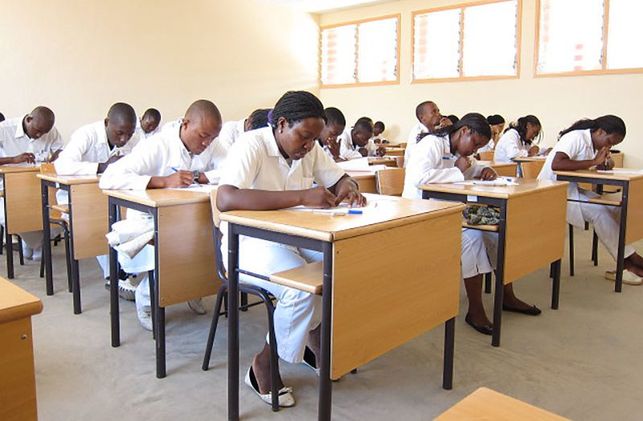 Winner of the International Canaries Award in 2016 for his charitable work in Africa, Dr. Luis López Rivero, Head of Thoracic Surgery at the Insular University Hospital on Gran Canaria, is the alma mater of the project he himself launched in 2011. Before Mozambique, he had “offered his services” in Chad, Botswana, Angola or Namibia. “I had always wanted to get involved in aid programs, but it was when I was about 40 that my personal circumstances made it possible for me to do so. It’s clear to me that our vocation as doctors should be to help others. I believe what drove me to get involved was traveling overseas and seeing that we were born into the fortunate part of the world, while there are others living in extreme conditions. That made me want to give back some of that good fortune. The first thing I did was to prepare myself by taking a Master’s degree. I then started working in several different countries.” 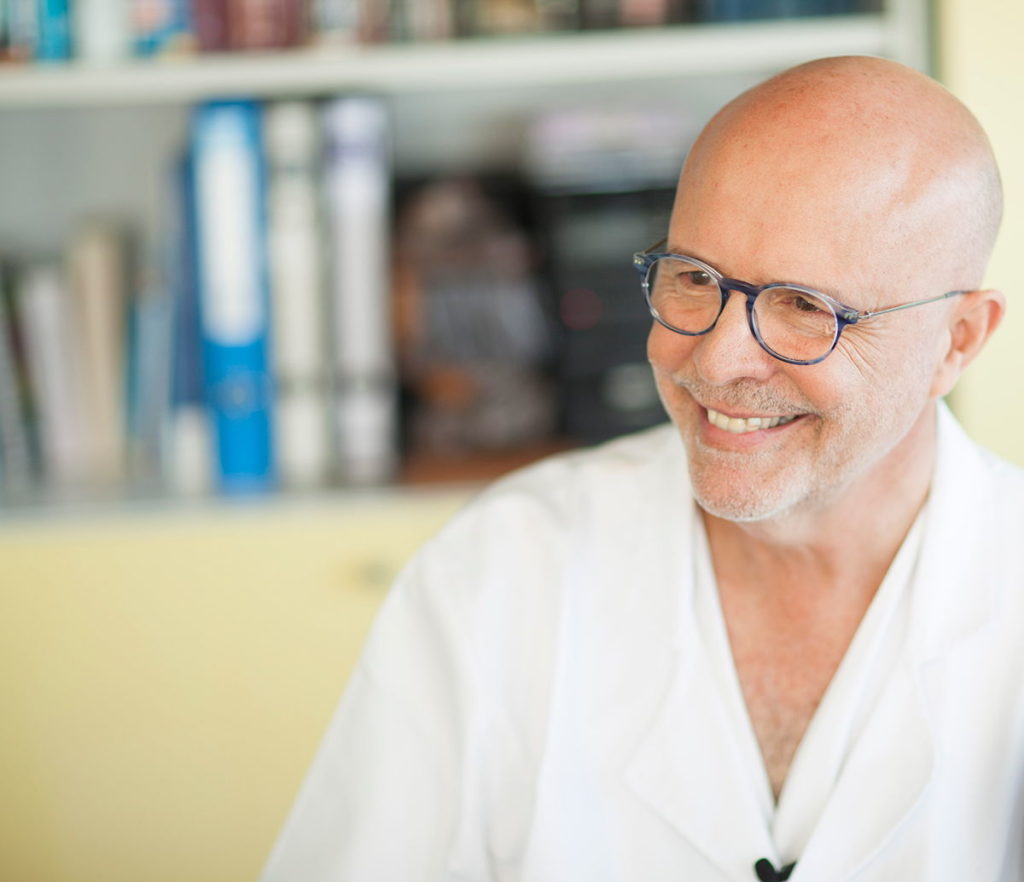 And that is how he came across the specific situation in Mozambique. “I go there about six times a year to deal with organizational and teaching staff matters, as the Academic Director of the second-cycle Medicine studies at the UniZambeze. On three of these annual trips, I give my classes in Surgery I and II, as well as specific courses on attending to accident victims in public hospitals around the country.” His altruism and humility are evident in the gratitude he expresses to the members of his team: “Not only the doctors who go there to give classes, but also those who remain in the hospital and whose work allows us to help the students and travel.”